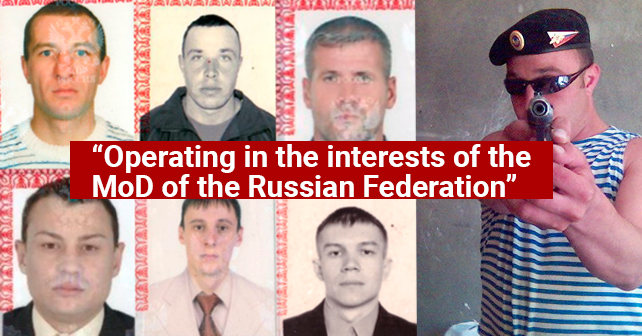 On October 7, the Security Service of Ukraine (SBU) published a list of 206 non-staff servicemen of the Main Intelligence Directorate of the Russian Armed Forces who operated as a part of the Wagner private military company (PMC) and participated in the military operations in Syria in the interests of the Russian Federation, including combat engagements in February 2018 in Deir ez-Zor.

Through its own sources, InformNapalm volunteer intelligence community received passport scans of six contractors of the Russian Main Intelligence Directorate who deployed for combat missions in the Ukrainian Donbas, as well as the information on Russian state awards granted to those who distinguished themselves in combat. The names obtained by InformNapalm match those published by the SBU.

Shapovalov Viktor Viktorovich, born August 17, 1985, registration address: 17 Tsetntralnaya str., Donskoy village, Volgograd Oblast, Russia; position: driver-mechanic of a tank company, personal number M-0808, callsign Kolpak. On the territory of Ukraine, he participated in hostilities in the area of Debaltseve, Sanzharivka and Utkyne (January-February 2015) in the ranks of Wagner PMC. Since the end of 2015, he had regular deployments to Syria. 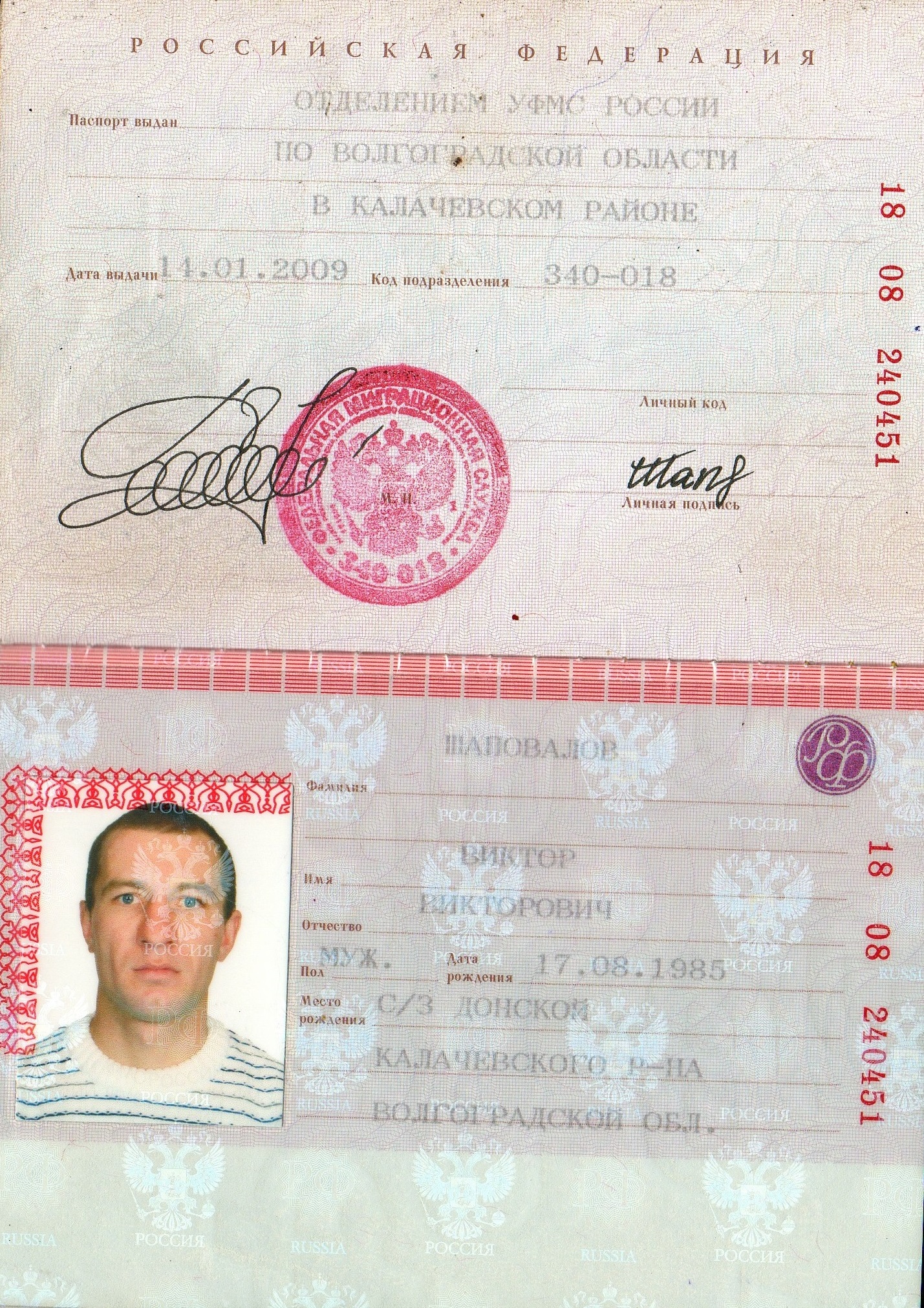 Chupakhin Roman Alexandrovich, born February 16, 1989, registration address: 58 Gagarin str., Verhnemakeyevka village, Rostov Oblast, Russia; position: rigger of logistics company, personal number M-0721, callsign Chupa. On the territory of Ukraine, he participated in hostilities in the area of Debaltseve, Sanzharivka and Utkyne (January-February 2015) in the ranks of Wagner PMC. Since the end of 2015, he had regular deployments to Syria. 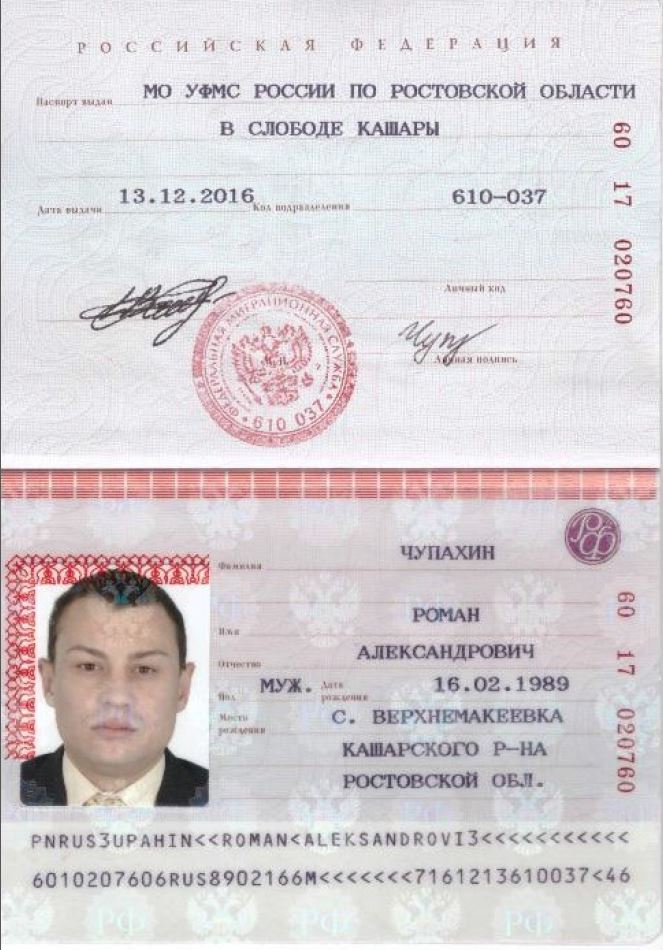 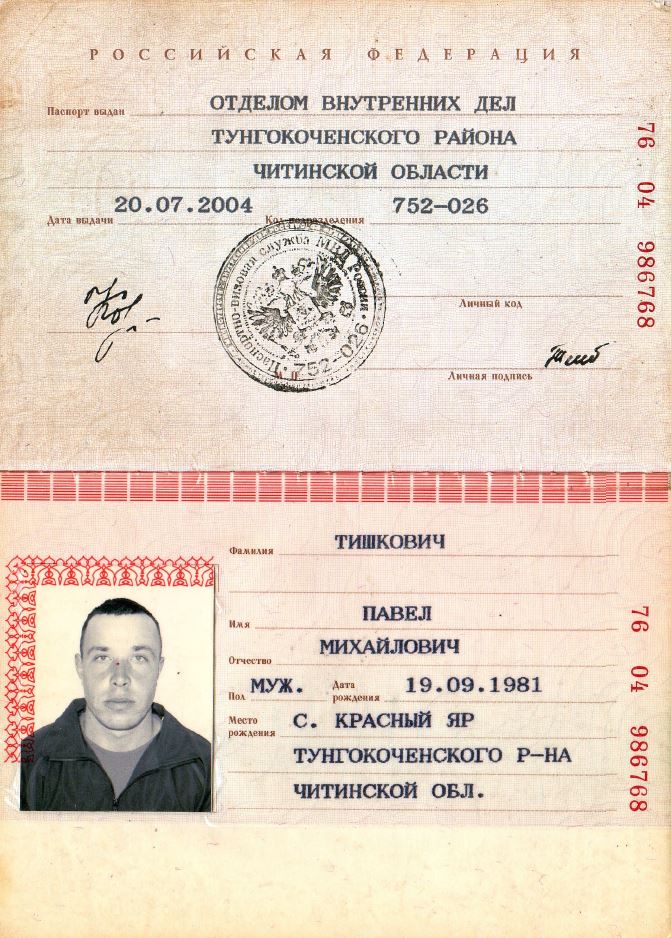 Svetkin Egor Vladimirovich , born March 20, 1986, registration address: 9 Polevaya str. Khryashchevka village, Samara Oblast; position: driver-mechanic of the 3rd tank platoon, tank company, personal number M-0823, callsign Buran. On the territory of Ukraine, he participated in hostilities in the area of Debaltseve, Sanzharivka and Utkyne (January-February 2015) in the ranks of Wagner PMC. Since the end of 2015, he had regular deployments to Syria.

He also featured in our investigation: Tankmen of Wagner PMC in the service of Russia from Donbas to Syria – 25 mercenaries identified 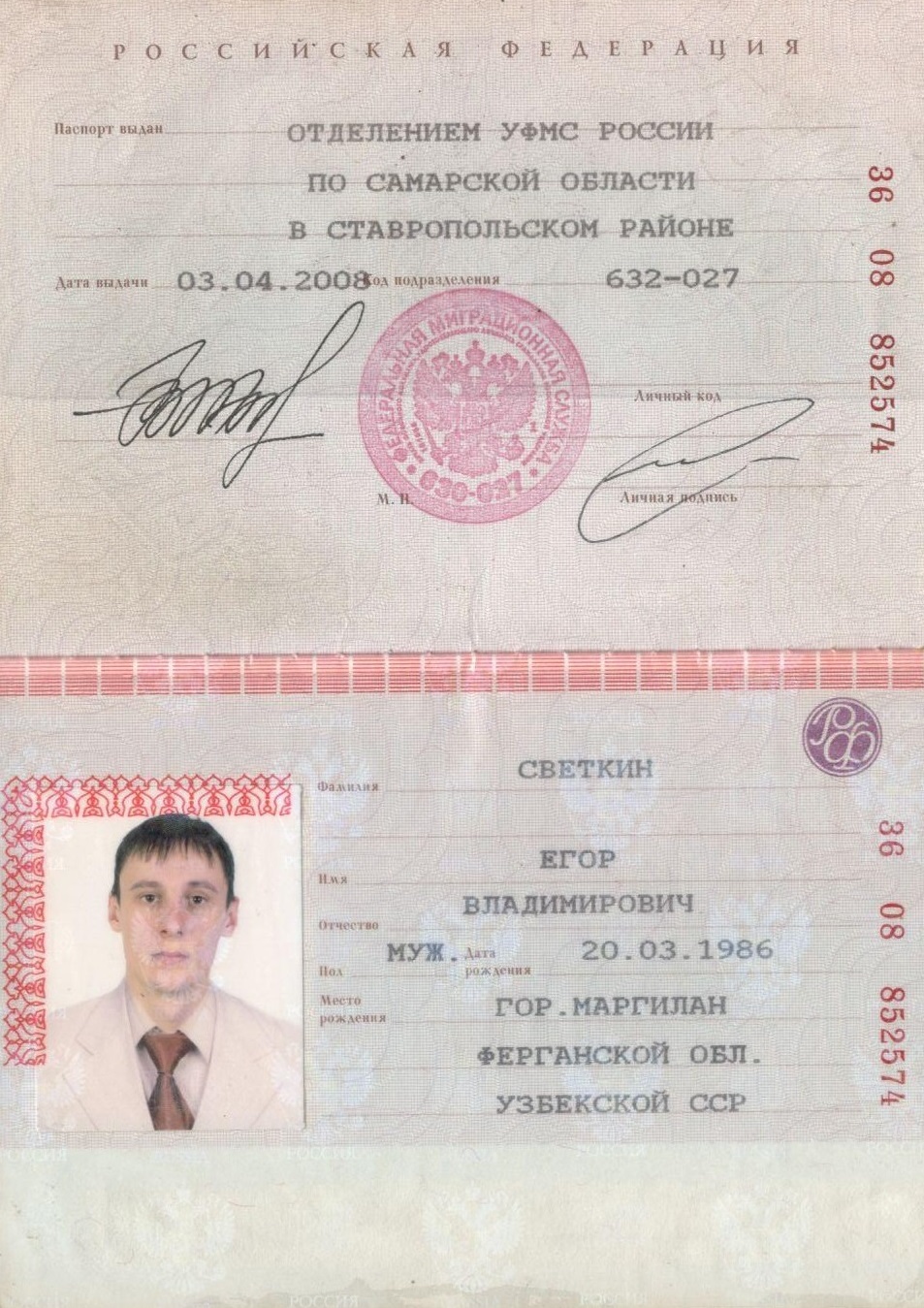 Luzan Sergey Ivanovich , born November 07, 1972, registration address: 6b Partizanskaya str., Krasnodar Krai, Varnavinskoe village, ; position: driver for ammunition transportation of the 2S1 artillery battery, personal number M-1694, callsign Sibiryak. As part of Wagner PMC he was directly involved in the hostilities on the territory of Ukraine near the Luhansk Airport (July-August 2014). After Ukraine, took part in hostilities in Syria.

More information about him isavailable on the Ihtamnet.m0209 page. 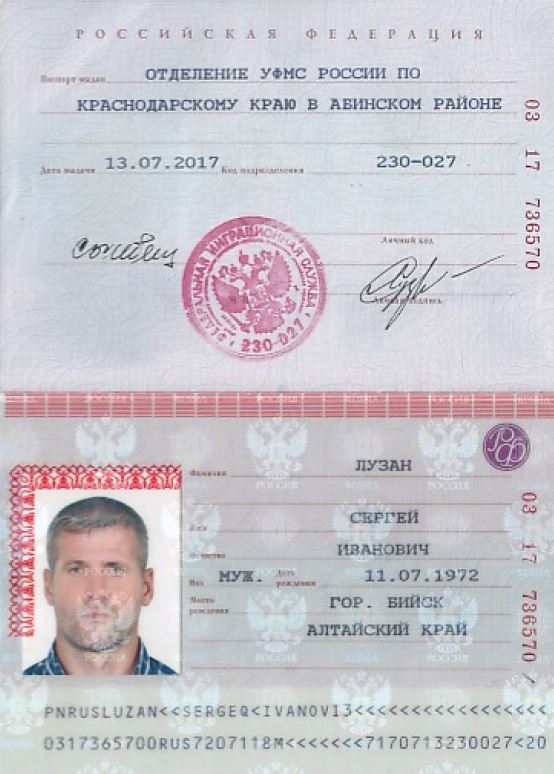 Lebedev Andrei Nikolaevich, born July 29, 1974, registration address: Yaroslavl region, 2 Rokossovskogo str., ap 63, Rybinsk city, Russia; position: senior anti-aircraft gunner of the MANPADS crew, personal number M-1671, callsign Lebed. He took direct part in hostilities on the territory of Ukraine near Luhansk Airport (SBU suspects him of shooting down Ukrainian IL-76), Debaltseve, Sanzharivka and Utkyne (January-February 2015). In October 2014 he was awarded a state award of the Russian Federation, the Medal for Bravery. In May 2015, he was awarded another state award of the Russian Federation, Order of Courage. 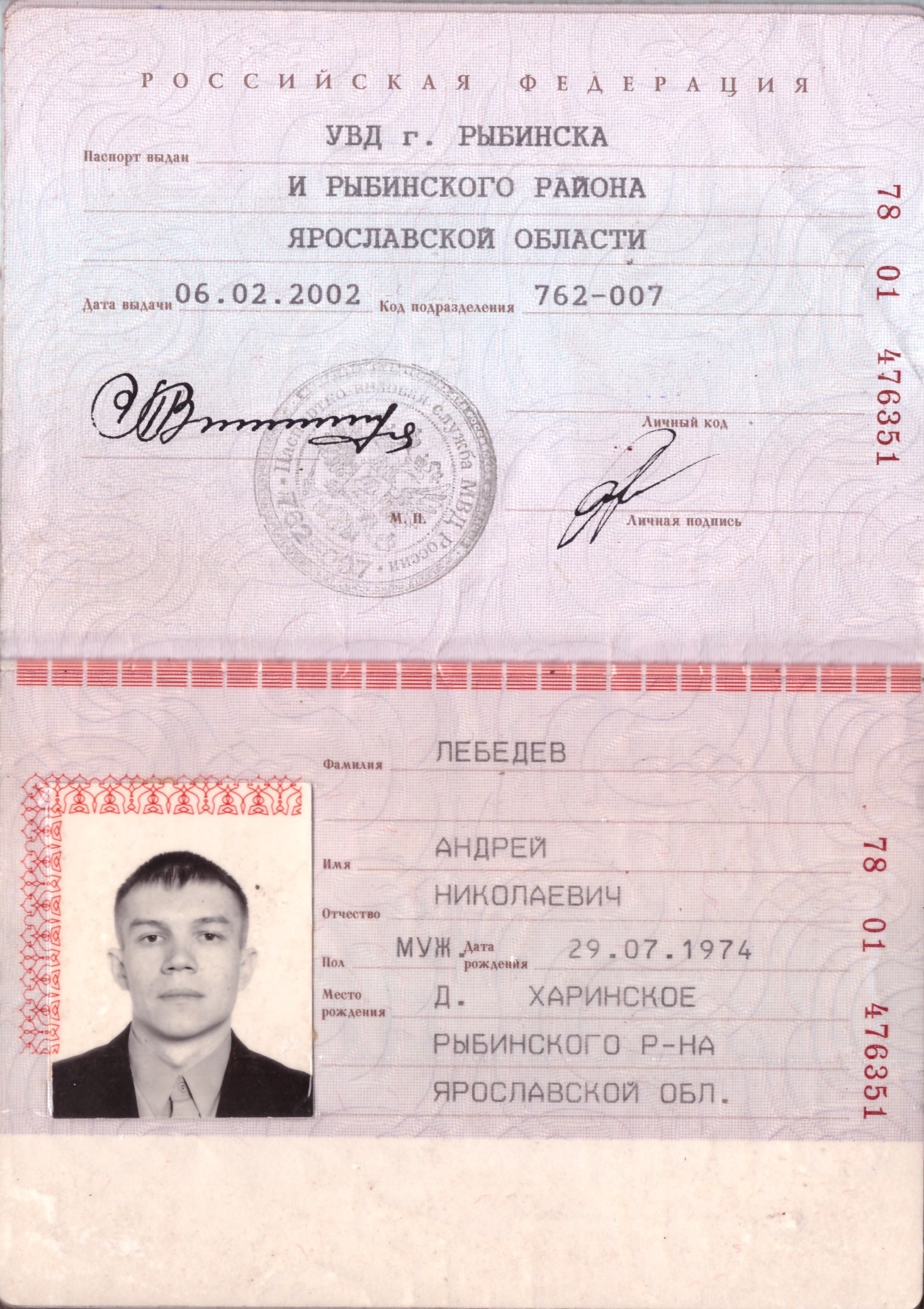 However, the most interesting fact in this investigation is that in April 2016, these contractors were recommended for decorations with state awards of the Russian Federation: Shapovalov and Svetkin – with the Order of Courage, and Lebedev – with the Medal of Suvorov. The official grounds were listed as “participation in operational reconnaisance and special operations in the area of ​Palmyra”. The award sheets listed their positions in Wagner PMC, and also indicated: “Operating in the interests of the MoD of the Russian Federation”. The Order of Courage is awarded to both military and civilians, however, the Medal of Suvorov is awarded only to active servicemen of the Russian Federation .

It is worth mentioning that on September 3, 2018, Russian President Vladimir Putin signed a decree classifying additional kinds of information as state secret. From there on, state secrets included information about any external personnel involved in intelligence activities who are not part of the staff of the Ministry of Defense, Foreign Intelligence Service (SVR) and Federal Security Service (FSB).

The data of the subjects of this investigation is currently classified by Russia as state secret. This is yet another indication that Wagner PMC and its likes are only a cover for the activities of the separate “freelance” brigade of the Russian military intelligence service. Therefore, all the crimes of its employees are war crimes of the Russian Federation ordered and abetted by its leadership.

An active link to this publication is obligatory for any full or partial use of this information. (Creative Commons — Attribution 4.0 International — CC BY 4.0 )