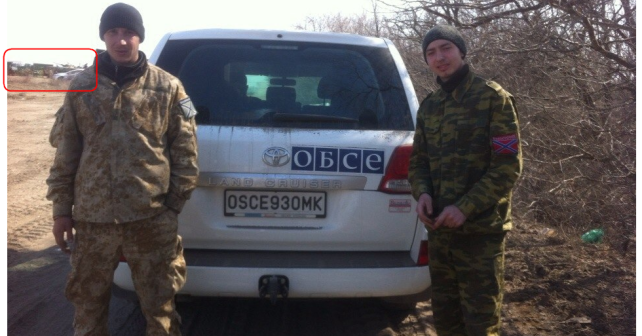 At a news briefing on Tuesday, March 24, National Security and Defense Council Spokesman Andriy Lysenko said that “the OSCE mission had seen a group of 15-20 tanks that held military exercises near the town of Oleksandrivsk in Luhansk Oblast, that is occupied by the “LPR”. This town is 15 km away from the demarcation line, and heavy weapons of the separatists must be withdrawn from this territory.”

In the course of OSINT monitoring we have found pictures from the Luhansk training area (http://wikimapia.org/#lang=en&lat=48.598806&lon=39.180422&z=14&m=yh ) where the OSCE observed the tank military exercises of the Russian hybrid army. 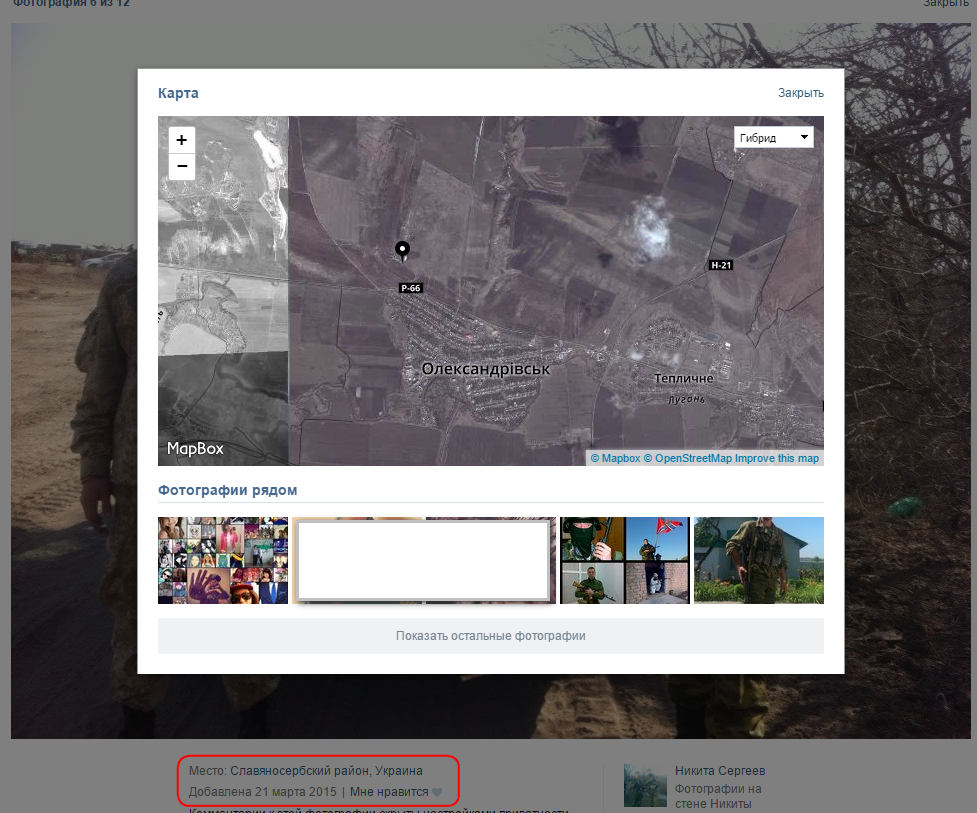 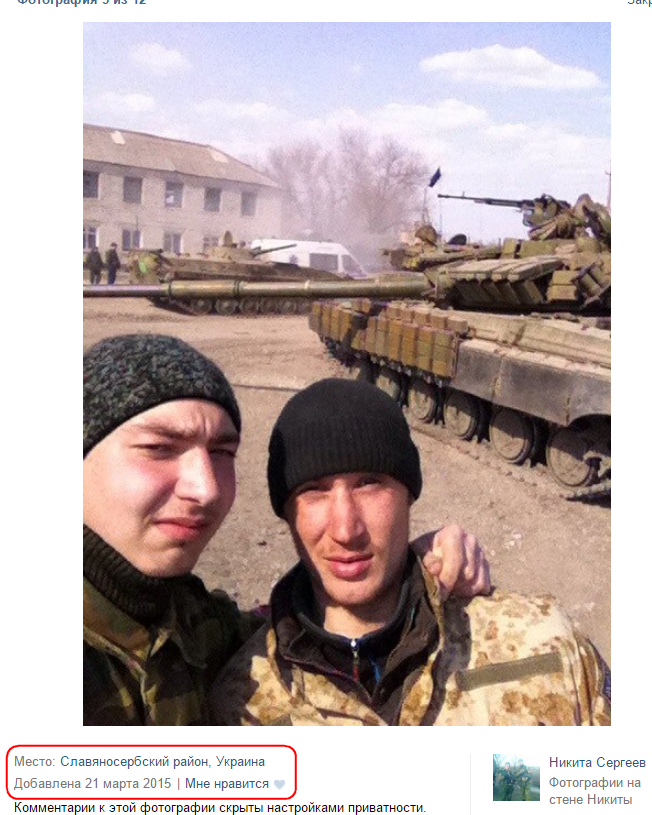 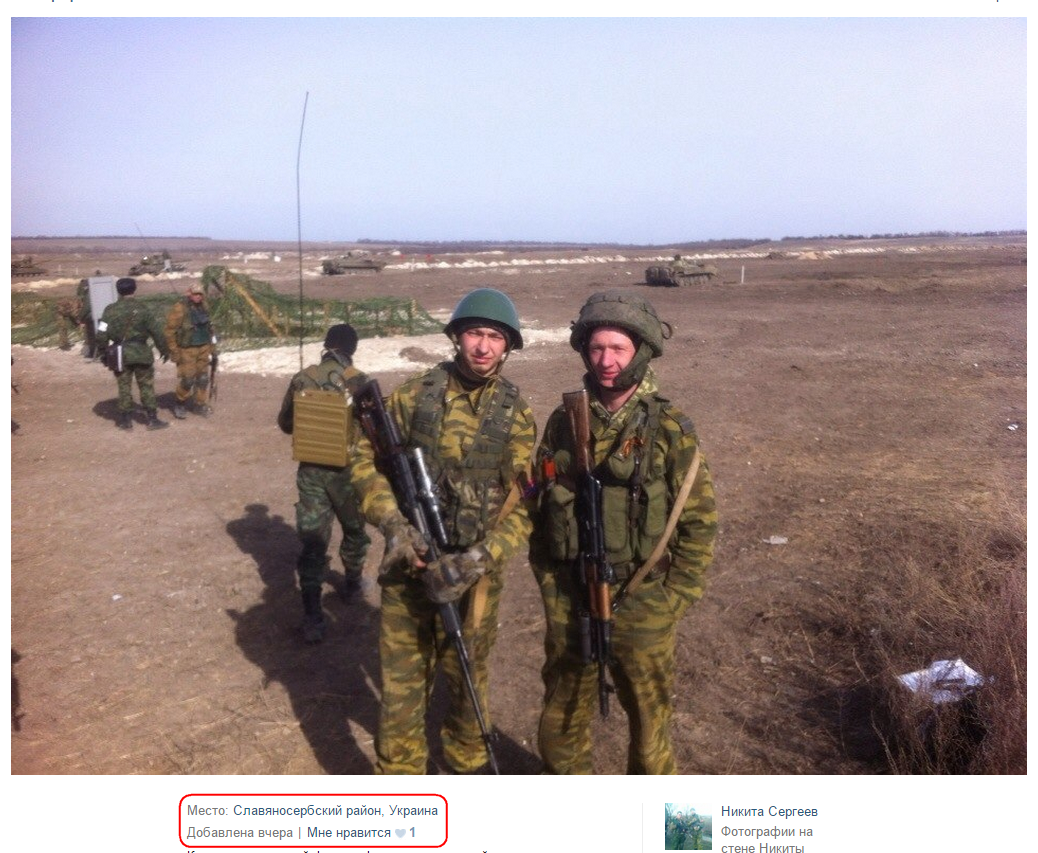 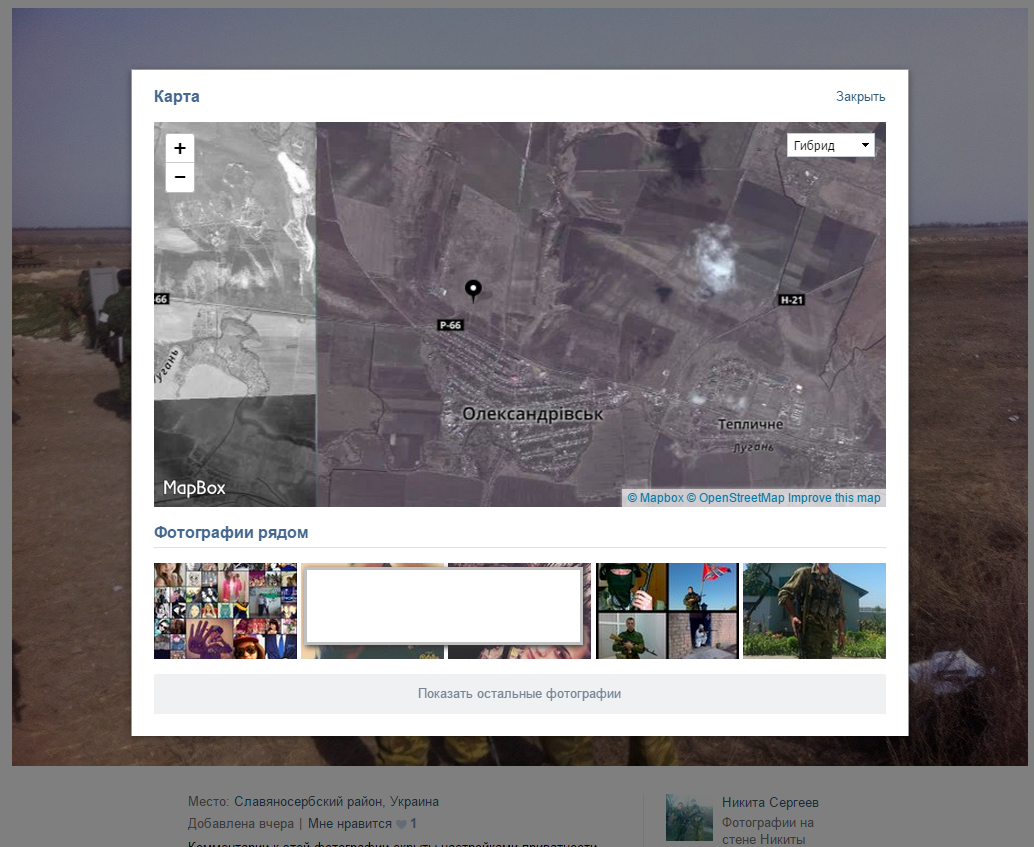 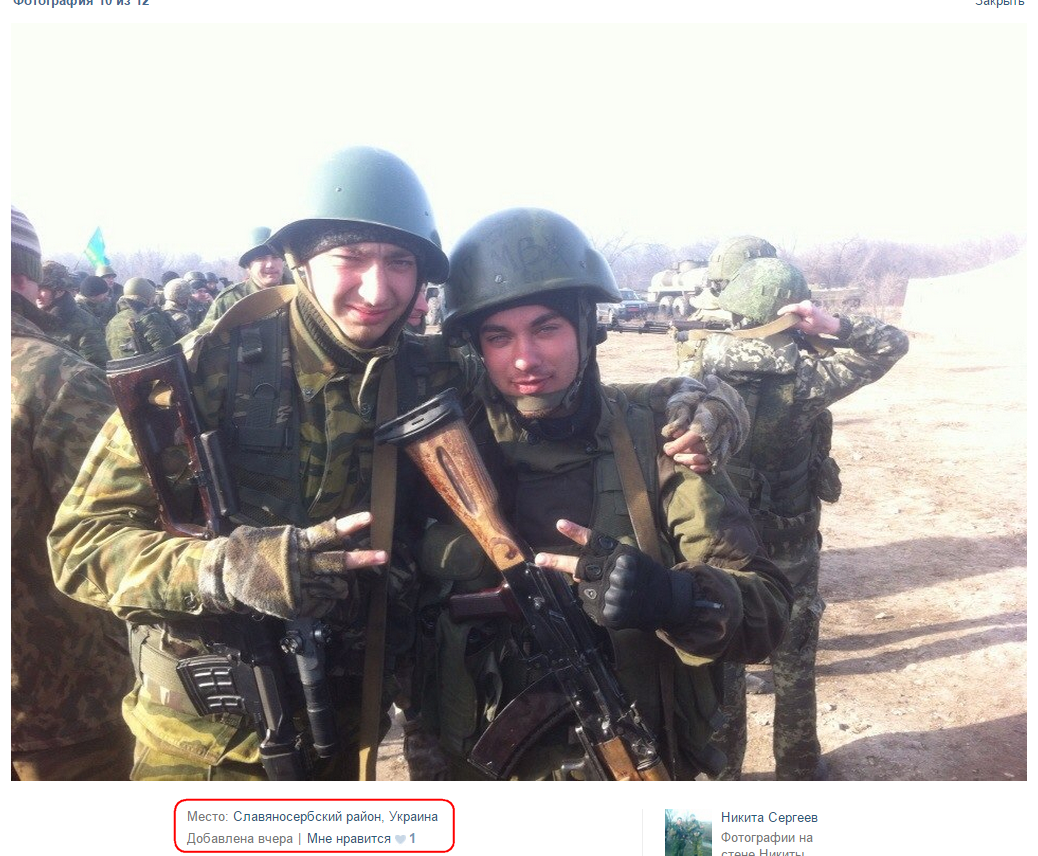 Such tank military exercises of the Russian hybrid army at this training area are held regularly, as evidenced by, for example, a video of a “regular militia’s exercises” in Luhansk from December 30, 2014 (https://informnapalm.org/en/luhansk-shot-head-kremlin-propaganda/ ), and the January photo (below) of tanks at this area, found on the web.

Regular visits to this training area can help the OSCE observers to document military exercises of the Russian hybrid army and their weapons. 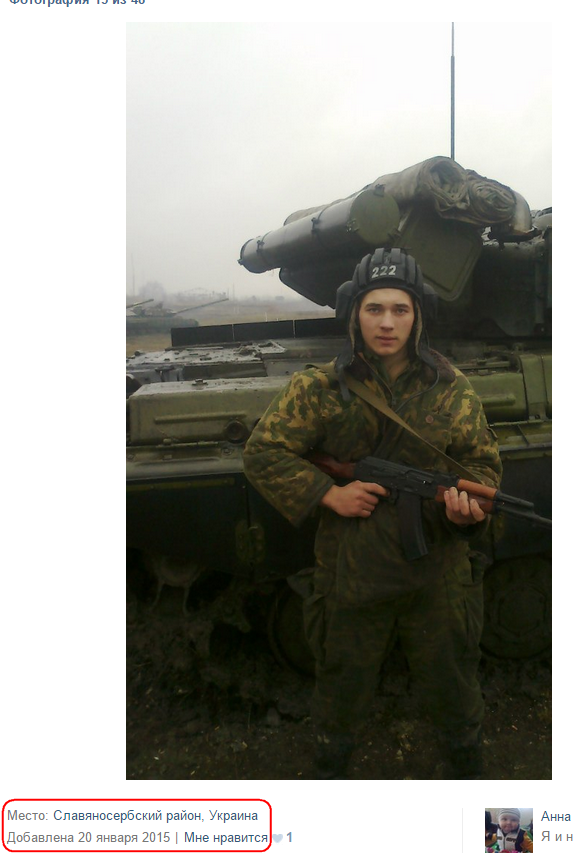 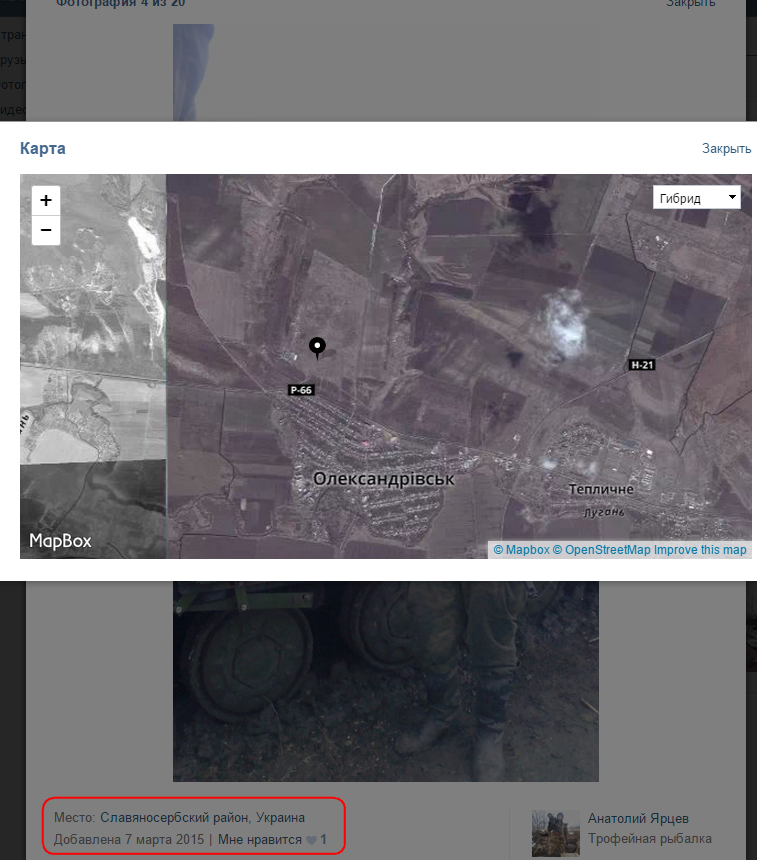 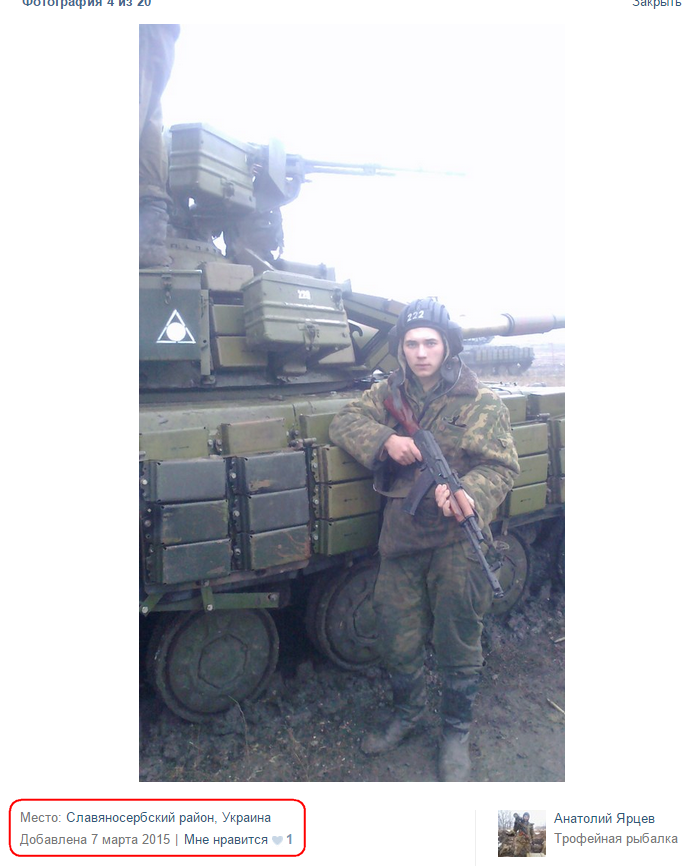 Another site for OSCE observers to visit is the territory of the former military unit A-1973 where Russian hybrid troops park their tanks, as evidenced by the photos below. 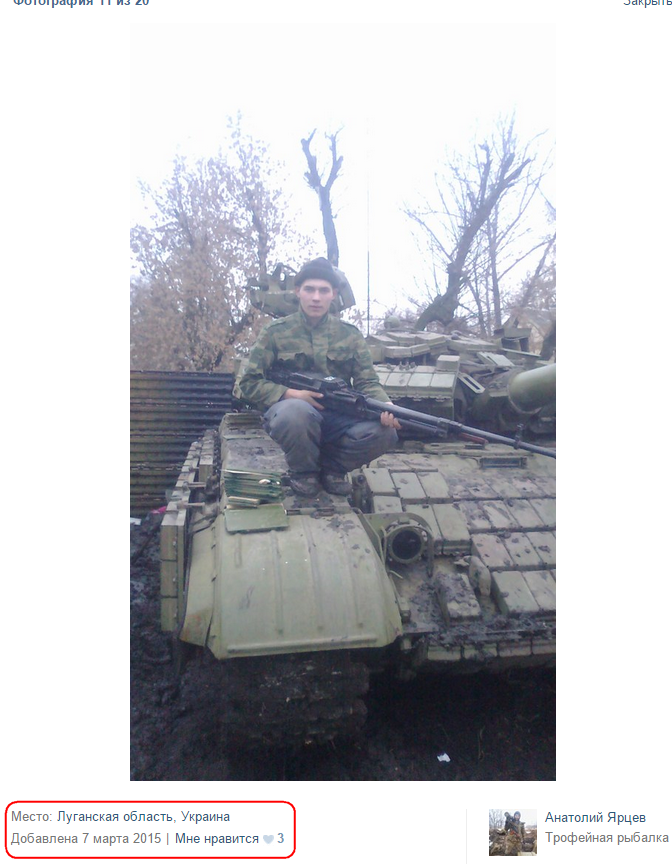 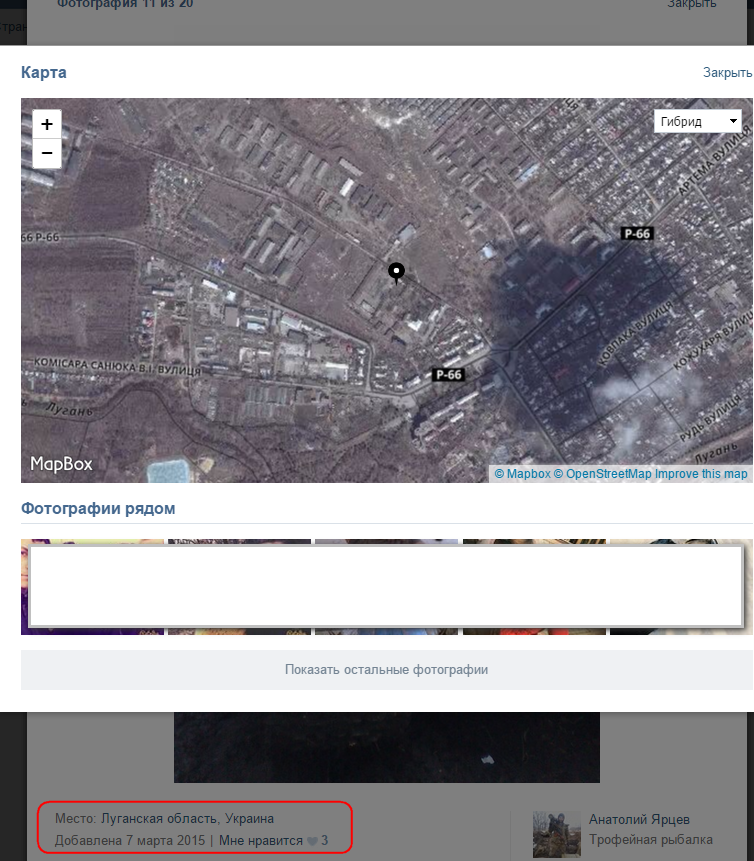 The information about Nikita Sergeev, whose photos are presented above, has been submitted to the database of the website Mirotvoretz https://psb4ukr.org/criminal/sergeev-nikita/.
@BuTaJIu4eK, InformNapalm
Translated by Sveta Kemblowski