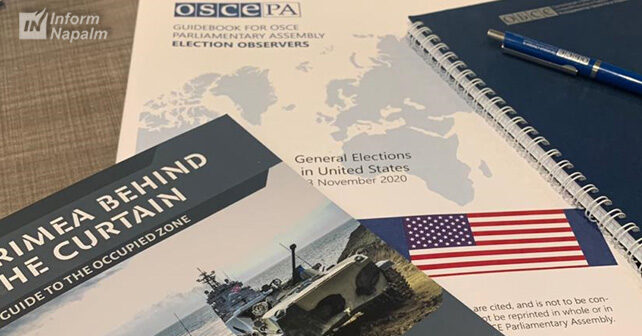 The international volunteer intelligence community InformNapalm continues to actively collect evidence of the Russian military aggression against Ukraine during the years of 2014-2020. These materials are distributed in many world languages, not only through publications on the community’s website, but also in print. These are being distributed at high international level among foreign experts, journalists, diplomats, and politicians. The dissemination of these materials is possible thanks to the activity of volunteers from different countries and with the assistance of representatives of official Ukrainian delegations in the Parliamentary Assembly of the Council of Europe, NATO, OSCE, as well as through the efforts of the Ministry of Foreign Affairs of Ukraine and individual diplomats.

In the USA, representatives of Organization for Security and Co-operation in Europe Parliamentary Assembly (OSCE PA) from different countries were presented with handbooks that contained the facts about the Russian aggression in the Crimea.

This time, Ukrainian representatives of the Permanent Delegation to the OSCE PA, which was present in the United States as election observers between 1 and 4 November 2020, took the opportunity to present to their OSCE colleagues the English-language guidebook “Crimea Behind the Curtain. Guide to the Occupied Zone”. This guide was developed by the Prometheus Security Environment Research Center. It contains exclusive materials on the occupation and militarization of Crimea, gathered by the InformNapalm community. The guide was published with the assistance of the Canadian Foundation for Local Initiatives and the International Renaissance Foundation, so it is distributed free of charge to experts.

It is notable that despite the internal political competition, the members of the Ukrainian parliament from three different parties, Servant of the People, European Solidarity, and Voice, offered an example of cooperation in the international representation. The distribution of this guide was a suggestion made together by several Ukrainian MPs and representatives participating in the US trip: MPs Mykyta Poturayev, Serhiy Rakhmanin, and Pavlo Frolov, and Vitaliy Rudenko, an aide to the MP Artur Herasymov. This shows the ability of different members of international Ukrainian delegations to cooperate in the interest of Ukraine.

After returning from the United States, Mykyta Poturayev, Head of the Permanent Delegation to the OSCE PA, provided a photo report on the effective distribution of the publications. 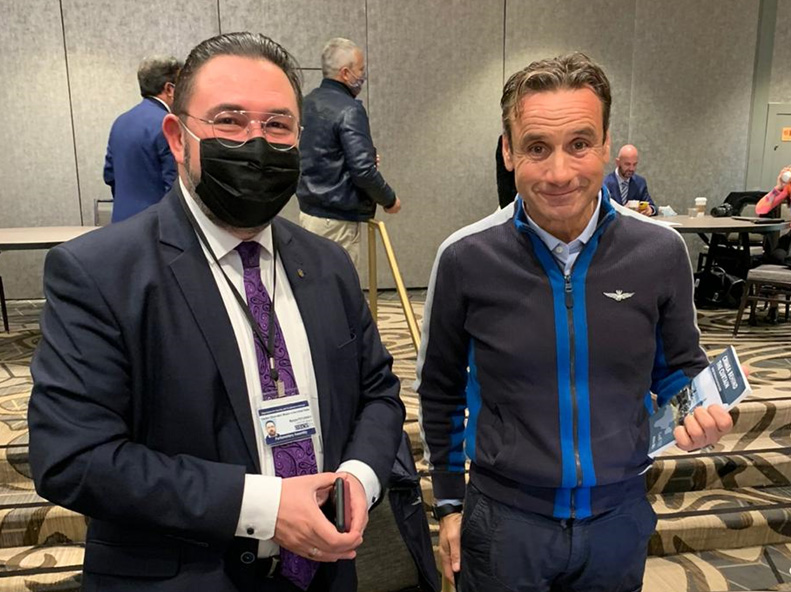 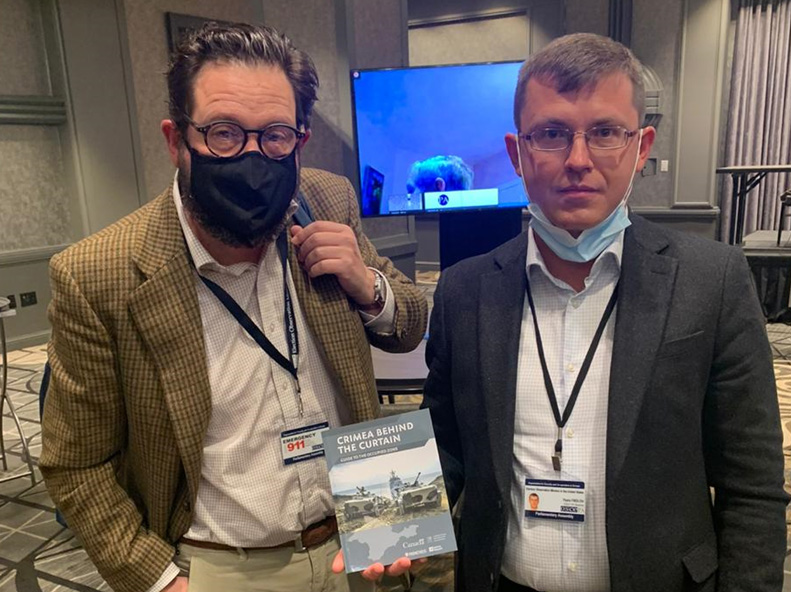 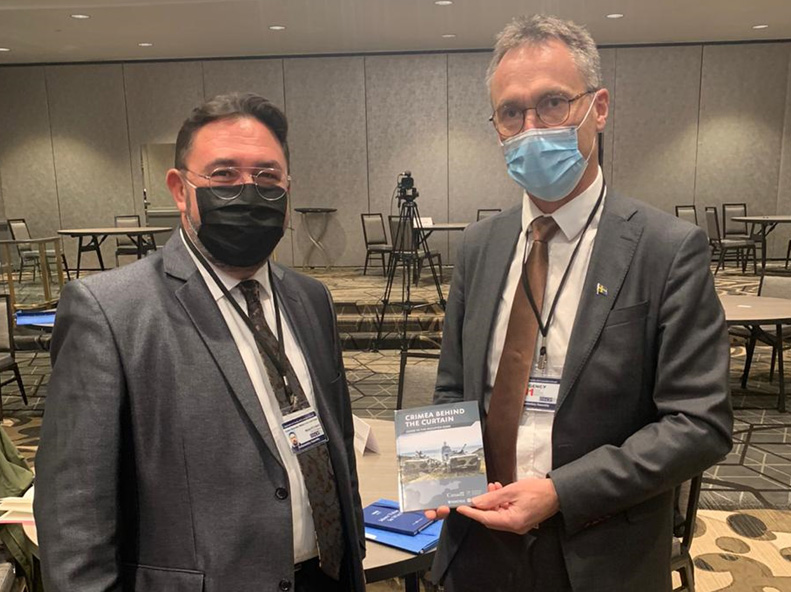 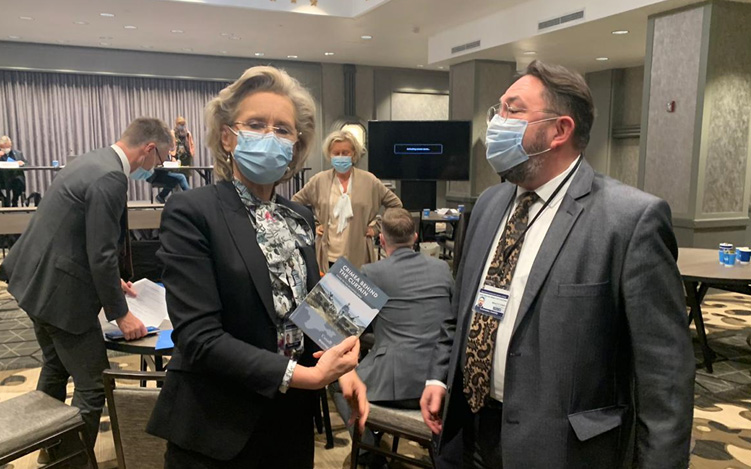 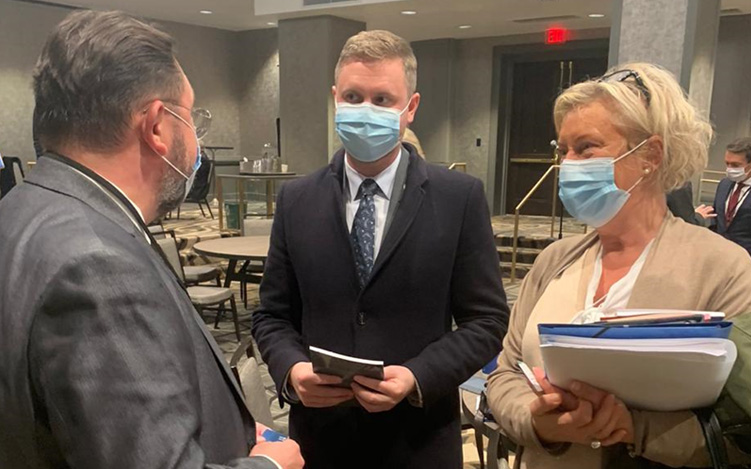 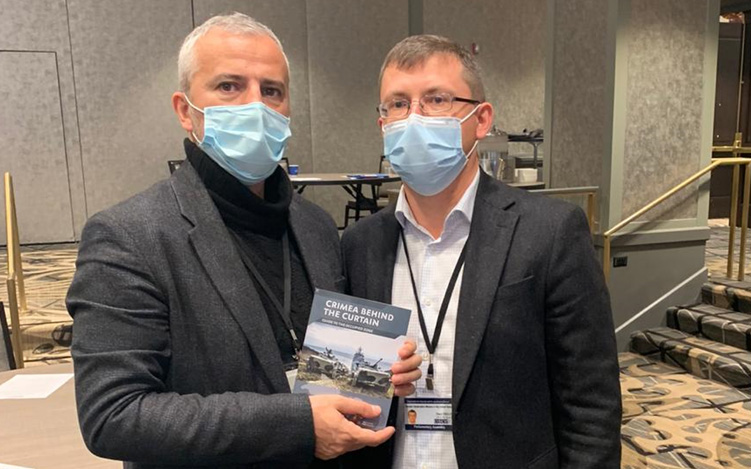 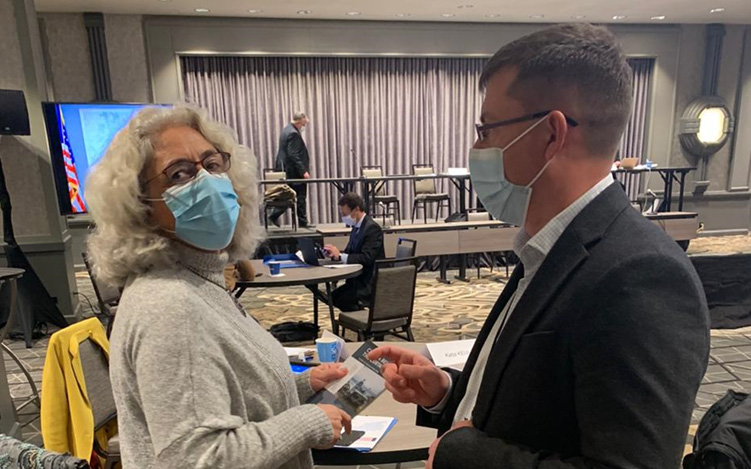 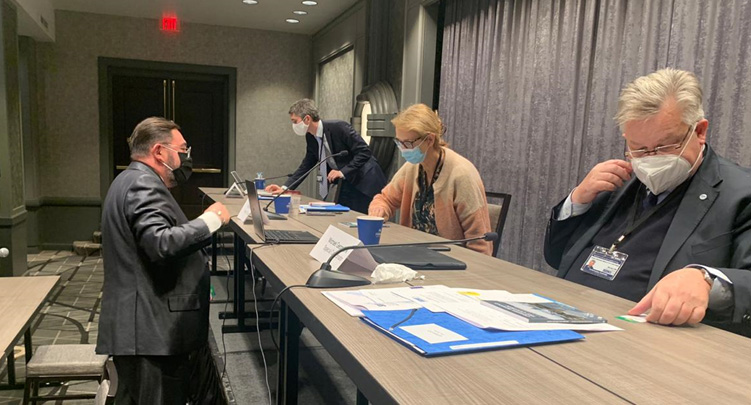 As Pavlo Frolov, a member of the OSCE PA Permanent Delegation from Ukraine, said on his Facebook page, due to the COVID-19 pandemic this was in fact the first in-person meeting of OSCE PA representatives from different countries after the OSCE PA winter session in Vienna. The delegation made the best effort to use this opportunity to inform its colleagues about the problem of occupation and militarization of Crimea.

Also, separately during the meeting, the English-language copies of “Crimea Behind the Curtain. Guide to the Occupied Zone” were presented to the Ambassador Extraordinary and Plenipotentiary of Ukraine to the United States Volodymyr Yelchenko so that the Embassy of Ukraine in the United States could use these materials in its work, too. 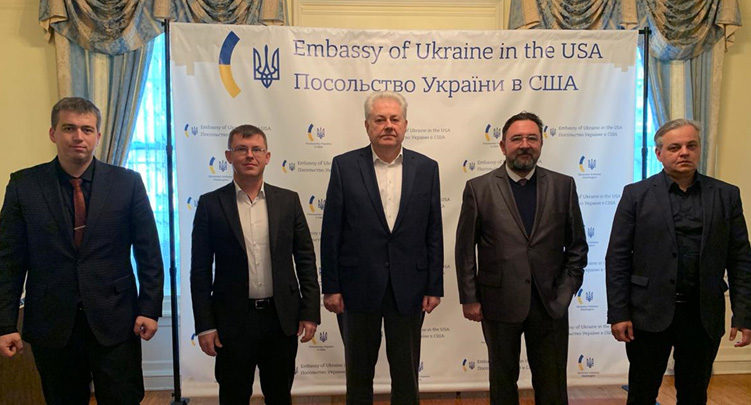 The guidebook “Crimea Behind the Curtain. Guide to the Occupied Zone ” reveals various aspects of the Russian aggression and militarization of Crimea. PDF versions of the book can be found at the website of the Prometheus Center for the Study of the Security Environment.

One might recall that in 2018, experts from the Prometheus Center also presented the results of the international success of the book about Russia’s aggression in the Donbas: “Donbas in Flames. Guide to the Conflict Zone”. The electronic version of the book in 5 languages was downloaded by users from 82 countries, and the printed version was presented in 54 diplomatic missions of Ukraine around the world. Over the course of a year, presentations of the book, which was distributed free of charge, took place in various cities of Ukraine, as well as in Estonia, Lithuania, Latvia, Germany, Austria and the USA. You can download the PDF version of the book by following the link.

Consequences of the occupation of Crimea and ways to punish Russia

As a topic of a special significance, Ukrainian diplomats constantly note the following negative consequences of the ongoing occupation of the Crimean Peninsula:

Тhe world community, including authoritative international organizations such as the UN, PACE and OSCE, should take more effective measures that will force Russia to choose a peaceful path: strengthening sanctions against certain sectors of the economy and limiting Russia’s participation in various international governmental organizations, both global and regional. Russia can only be forced into peace, and Crimea is the key to peace in the region.

In this context, the book “Crimea Behind the Curtain. Guide to the Occupied Zone “reinforces the statements of diplomats with concrete facts and evidence.

Volunteers of the international intelligence community InformNapalm thank the Ukrainian diplomats and representatives of Ukrainian delegations for the high appreciation of the quality of research and materials on the Russian aggression in Crimea and the Donbas, as well as for bringing these materials to the highest political levels.