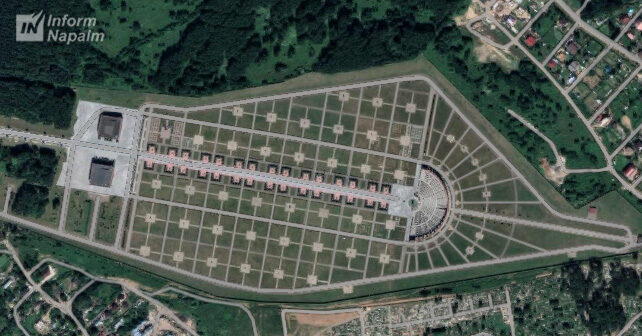 Gradually, the shadow of losses in the war with Ukraine starts to grow on every Russian. The Russian authorities last talked about their military losses back in March. Since then, only the Ukrainian General Staff has been diligently running the counter of Russian losses. In the past few months, memorial plaques dedicated to the servicemen liquidated in Ukraine have been put up on numerous walls in Russian regions. In schools, local officials vied with each other to honor the next dead “Ivan”.

Regional Russian officials love to hold posthumous award ceremonies, which are then dramatically covered by local state media. A rare regional newscast now runs without a report about another Russian who has returned from Ukraine in a body bag.

However, Moscow media and officials are keeping aloof from this trend. Although residents of Moscow and the region participate in the war, their losses are honored without the official pomp which is commonplace somewhere in e.g. Dagestan outback. There, every burial is an event of almost republican significance. In Moscow, everything is simpler – they have a special memorial tucked away in the city of Mytishchi outside the capital.

The Federal Military Memorial Cemetery was opened back in 2013. It was planned as a burial ground for dignitaries – prominent officials, military leaders, public figures, cosmonauts and military men who showed extraordinary valor. 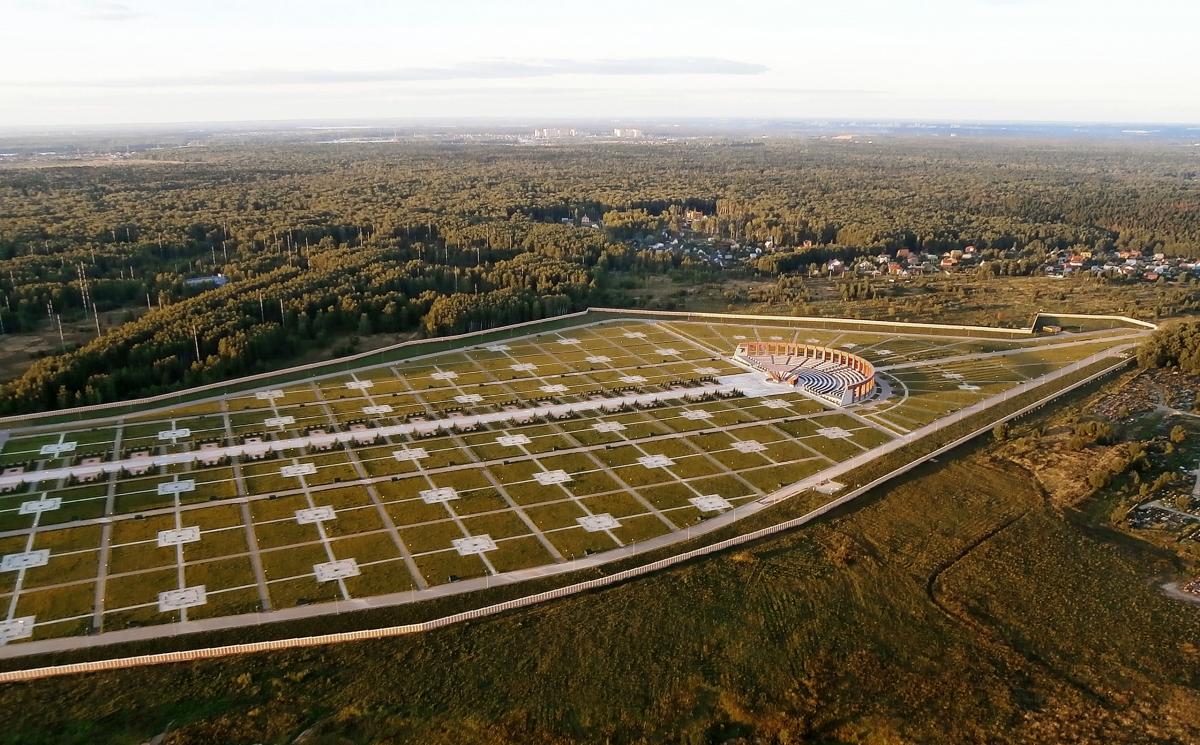 The elite cemetery is designed for approximately 40,000 burials. One of the first high-profile clients of the cemetery was the legendary Kalashnikov (2013). Near him lie cosmonaut Leonov (2019), Marshal of the USSR Yazov (2020) and many other generals from the Russian and Soviet General Staff. Officials of the Soviet era and officials of the Putin period also find their last resting place there. Back in the day, during the soviet times, they had been buried in the Necropolis on the Red Square, whereas in modern Russia the most elite cemetery with a military component is the “Pantheon” in Mytishchi.

Formally, ordinary soldiers who distinguished themselves in battle could also be buried in this cemetery. Thus, passengers of the Il-20 (2018) shot down over Syria or the Tu-154 with the Alexandrov Choir (2017) that did not make it to Syria landed at this cemetery.

However, Russian society is very caste-ridden. Therefore, not every general, even formally fitting the criteria for a burial at the Pantheon, will end up in this elite cemetery. For ordinary colonels and generals, there are countless military cemeteries scattered throughout Russia. Being buried in the Moscow region is a sign of belonging to an elite.

Last year, there were about 300 graves at the Pantheon. All burials were documented on the official website. Someone maintained a Wikipedia page for the burial site.

However, with the outbreak of the war, the Russians suddenly stopped updating the official website, although new graves were steadily added to the cemetery, with bodies coming from the war with Ukraine.

So, on June 7, Major General Roman Kutuzov, who had been liquidated in Ukraine, was buried at the Pantheon. It makes all the sense – he was the Deputy Army Commander, Army Chief of Staff, Commander of the 1st Army Corps of the Donetsk People’s Republic (DPR), Hero of Russia. 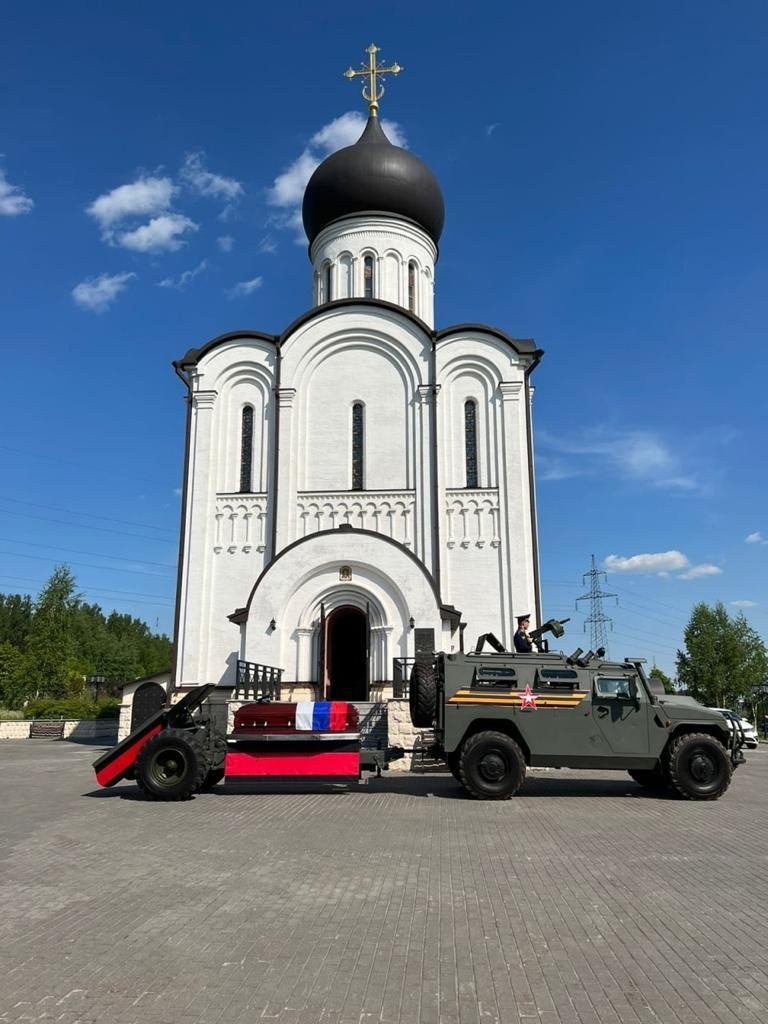 On July 6, certain Senior Lieutenant Maxim Yeshchenko was buried there too, just a company commander of the 18th Motorized Rifle Division of the 11th Army Corps of the Baltic Fleet. An ordinary position and no special victories. Why would other Russian “heroes” from the periphery be buried in their native villages and abandoned rural cemeteries, but not this one? It is rather obvious – Yeshchenko was born in Moscow, he graduated from the elite Moscow Higher Combined Arms Command School (link to VK, archive).

Also there was a place in this cemetery for the captain of the Main Intelligence Directorate (GRU) special ops forces Vitaly Kokorin, who was killed in action somewhere in Ukraine on May 31 (link to VK, archive). He was born in Mytishchi, where this very cemetery is located. 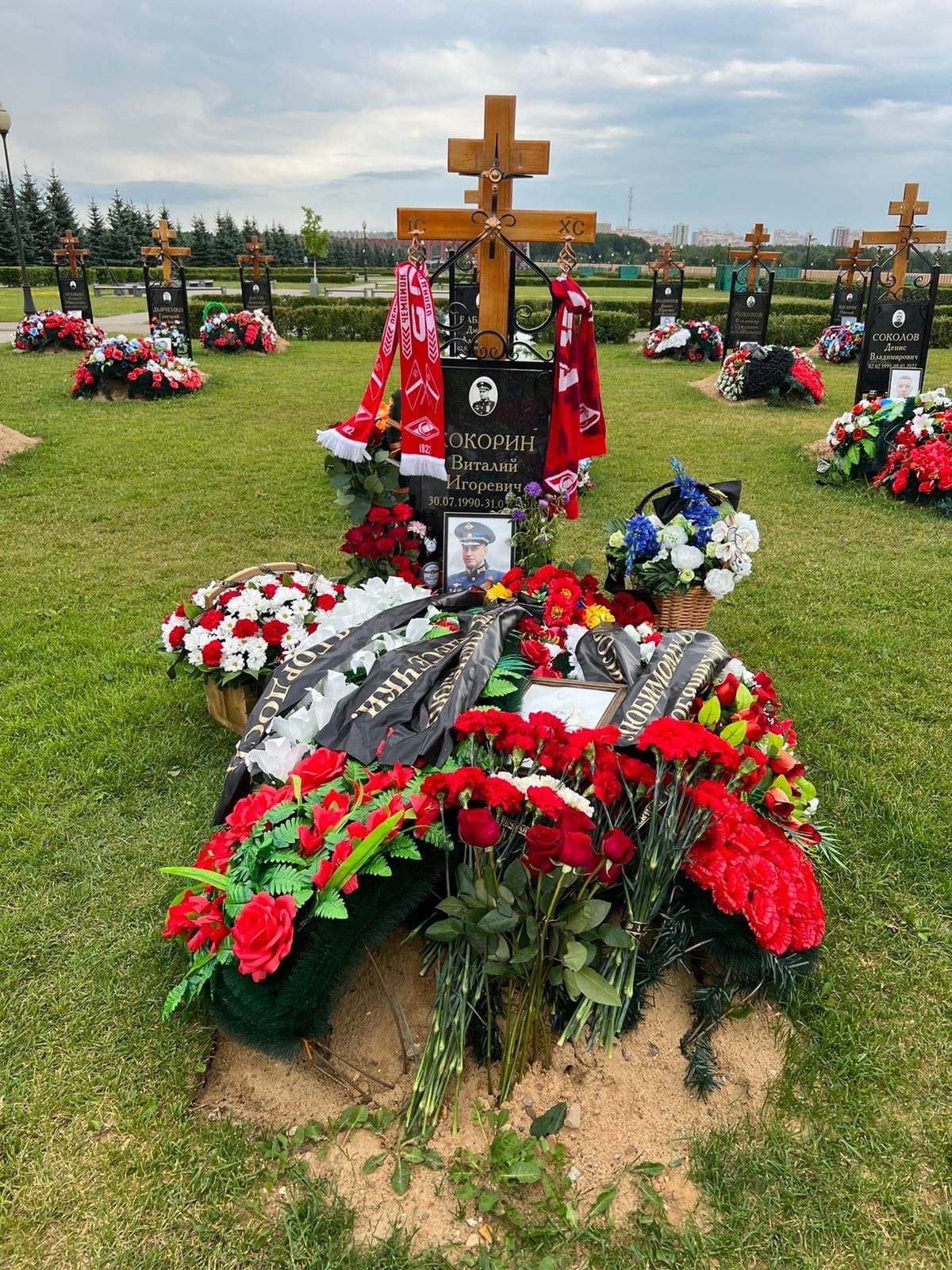 In the photographs from the funeral, a whole area with new burials is visible, and even several names are legible on the fresh graves. “Sokolov Denis Vladimirovich (02.02.199x-0x.0x.2022)”, ” Ryzhikov Vladimir Olegovich”, “Dyachenko Grigory Mikhailovich” and others. These are definitely fresh graves, since according to the design of the Pantheon all graves should receive a standard bust of the “hero” and a granite monument.

If there were journalists in Russia, they would have taken an interest in the fresh hushed burials in their military cemeteries. In the meantime, only Ukrainian bloggers are interested in the losses of the Russians.