Proved: participation of 66th Control Brigade of the Russian Armed Forces in annexation of Crimea 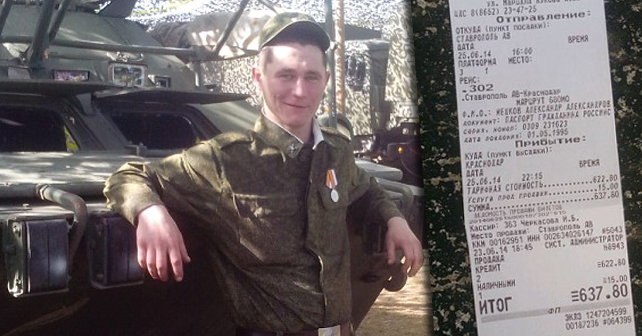 InformNapalm volunteer intelligence community exposed another Russian army unit, which participated in the invasion operation and occupation of Crimea. This is the 66th Control Brigade, military unit 41600, stationed in Stavropol, which belongs to the 49th Field Army, Southern Military District, the Russian Federation.

Previously, InformNapalm detected soldiers from the Russian 66th Control Brigade in Donbas and in Syria (1, 2). However, there has been no data about this unit’s participation in the occupation of Crimea so far, and this brigade was not included on the list of the military prosecutor’s office of Ukraine.

We managed to expose another Russian unit thanks to the social media page of a Russian serviceman “Alexander Aleksandrovich”, who published a photo with a medal for occupation of Crimea. 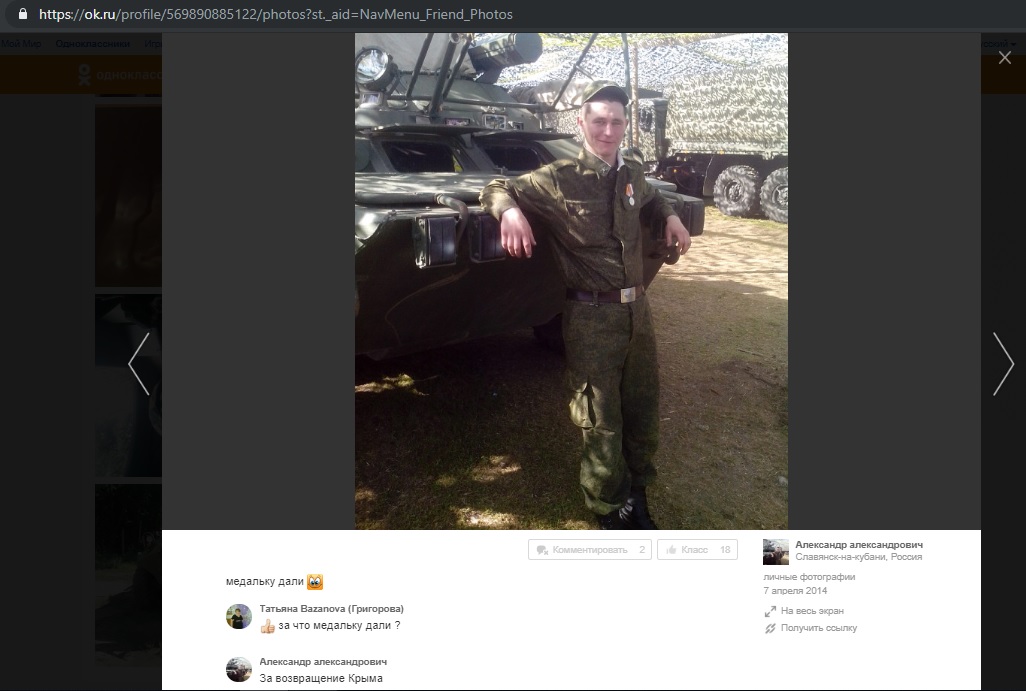 “They gave me a medal,” Alexander captioned the photo. “What did you get a medal for?” – a friend asks him. “For return of Crimea,” he answers.

About his deployment to Crimea, Alexander wrote the following in the “Notes” section: 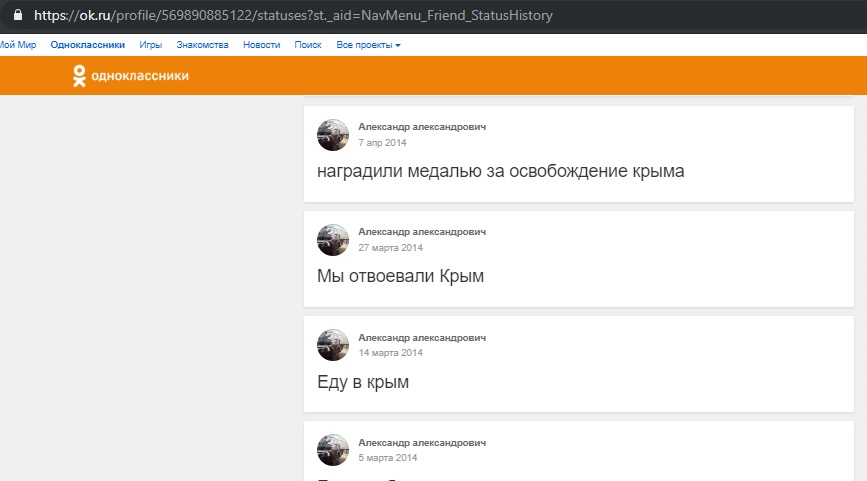 Pictures taken in Crimea were found in the Russian occupant’s photo album. Here he is pictured on the grounds of the Mobile Signal Station of the 744th Communications Center of Russian Federation Black Sea Fleet (military unit 40136, occupied Sevastopol, 7 Inzhenerna Balka St), at the monument to the Svyazmortrest sailors. Probably, the occupation unit of the 66th Control Brigade was quartered there during the invasion of Crimea. 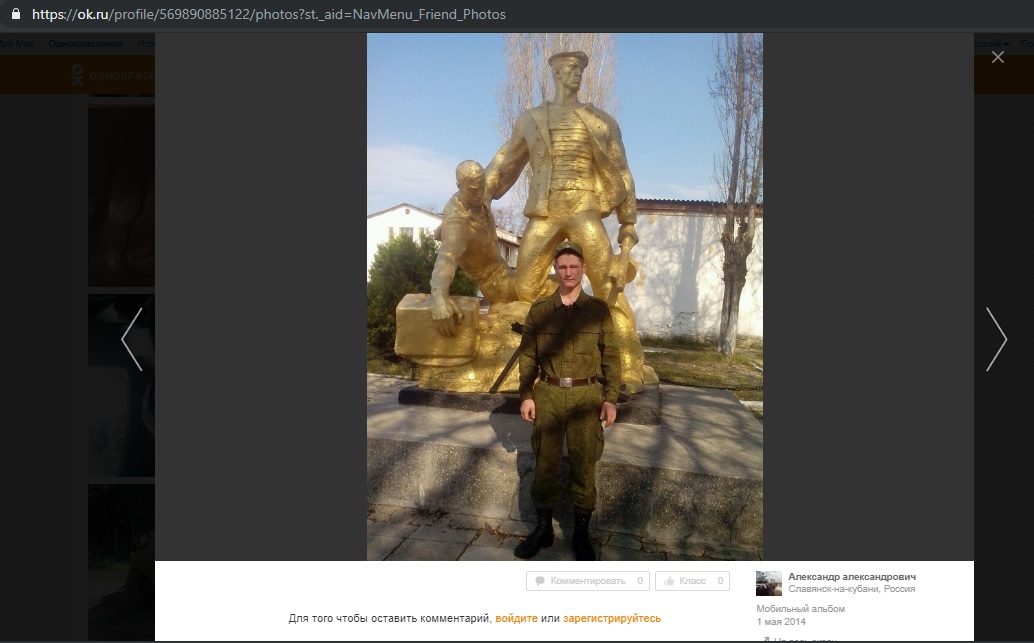 Here is this monument on the page of the military unit 40136 on VK social network. 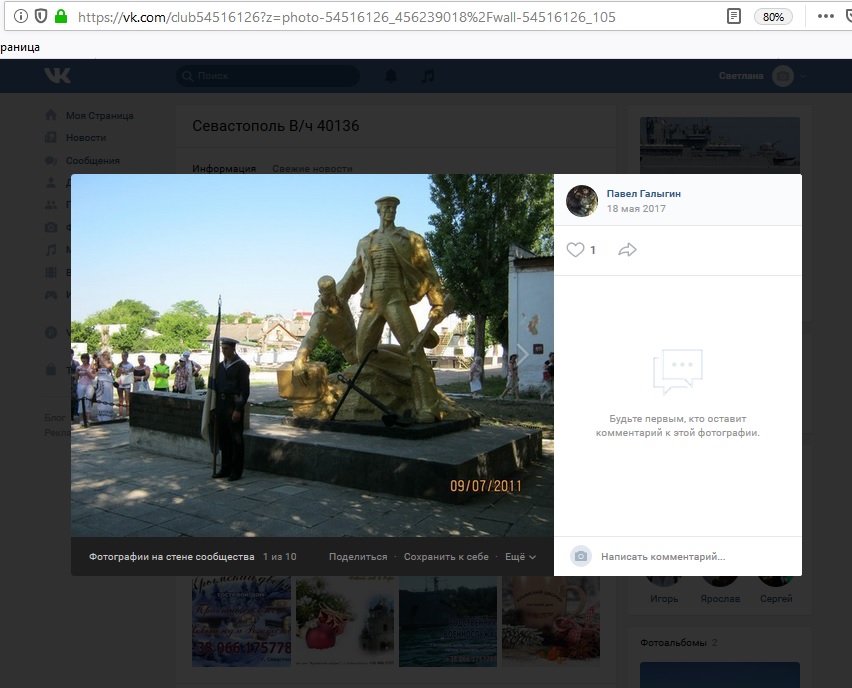 A symbolic place for Russian occupants.

Alexander’s album contains a snapshot of the Antonov 30-100 surveillance aircraft at the airfield in Kirovske. 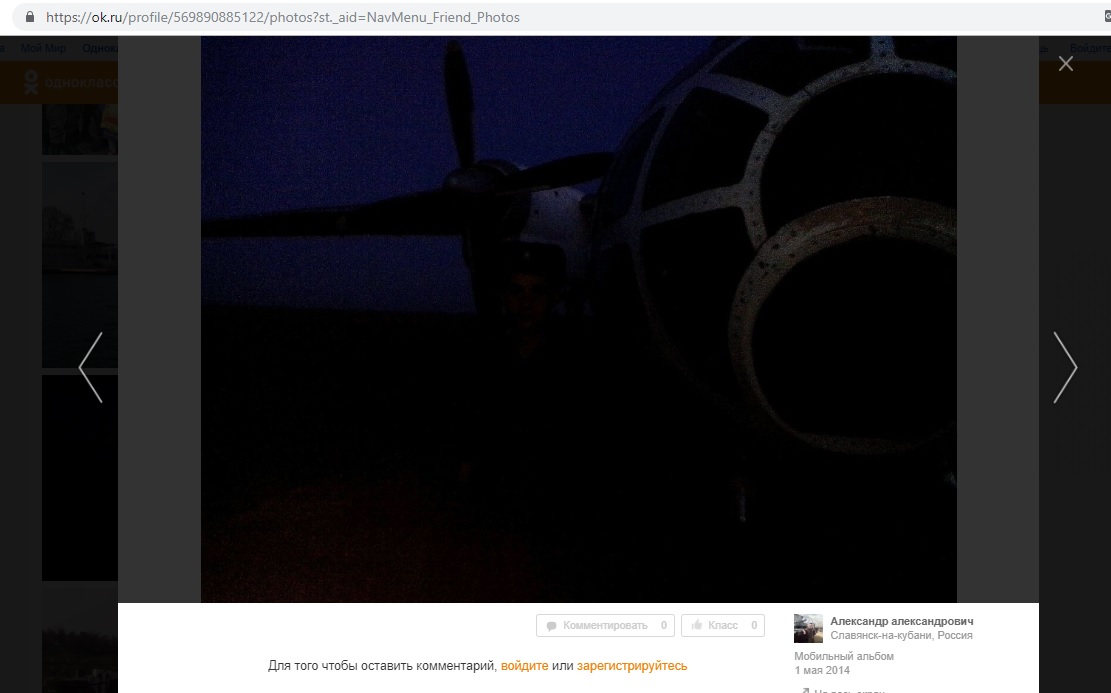 We succeeded to establish the coordinates of this photo. 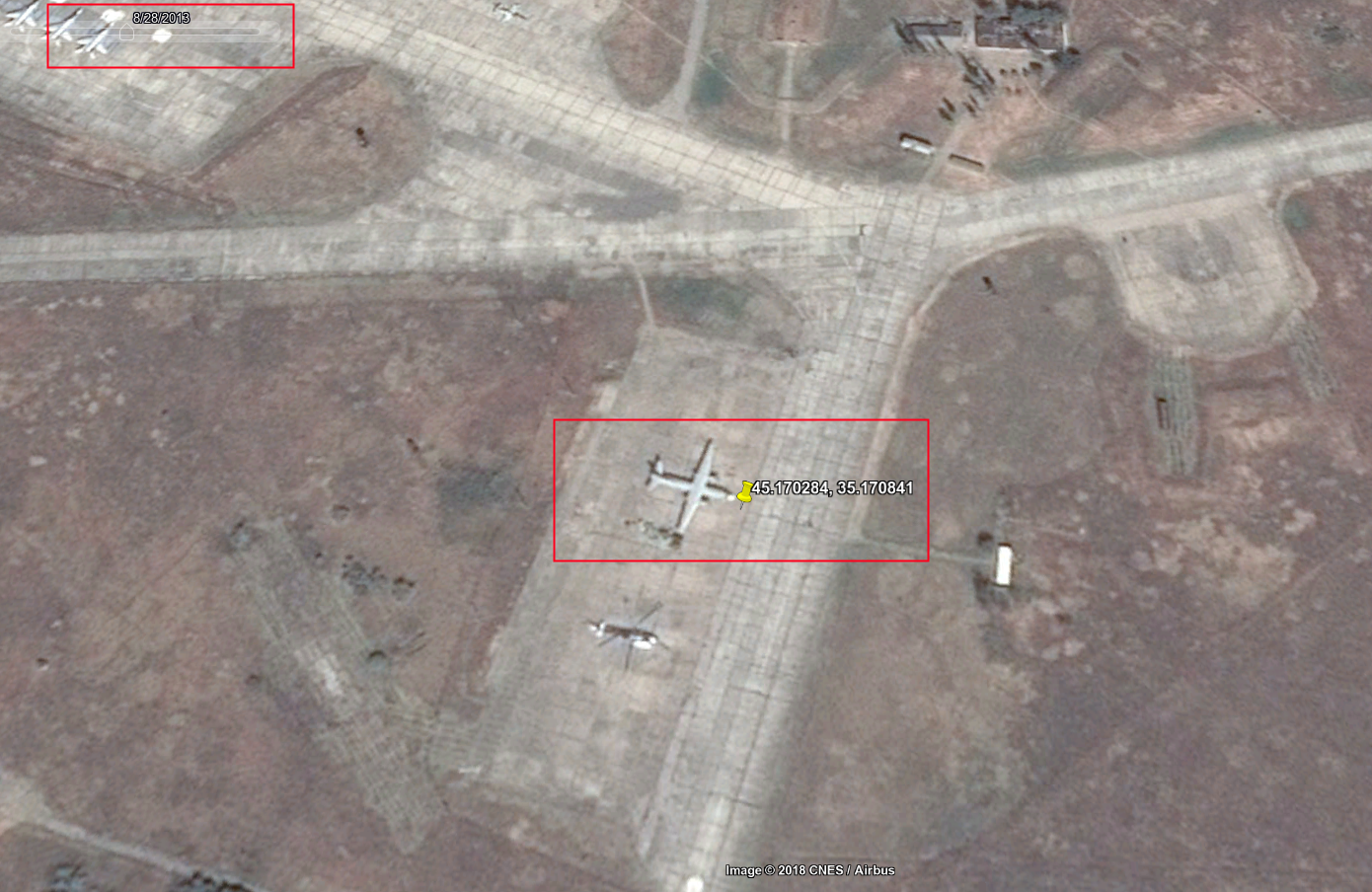 According to our observations, soldiers from the 18th Motorized Rifle Brigade, the 810th Marine Brigade of the Black Sea Fleet, the 34th Motorized Rifle Brigade (g) and the 66th Control Brigade have already taken photos next to this rare aircraft, giving out their presence in Crimea and their participation in the annexation operation. This place has become symbolic for the Russian occupants.

Personal data of the occupant.

The social network account of the Russian occupant was signed only by name and patronymic – Alexander Aleksandrovich. However a snapshot of tickets for the flight Stavropol – Krasnodar on 06.25.2014, with his full name and passport details, has been found in his photo album. 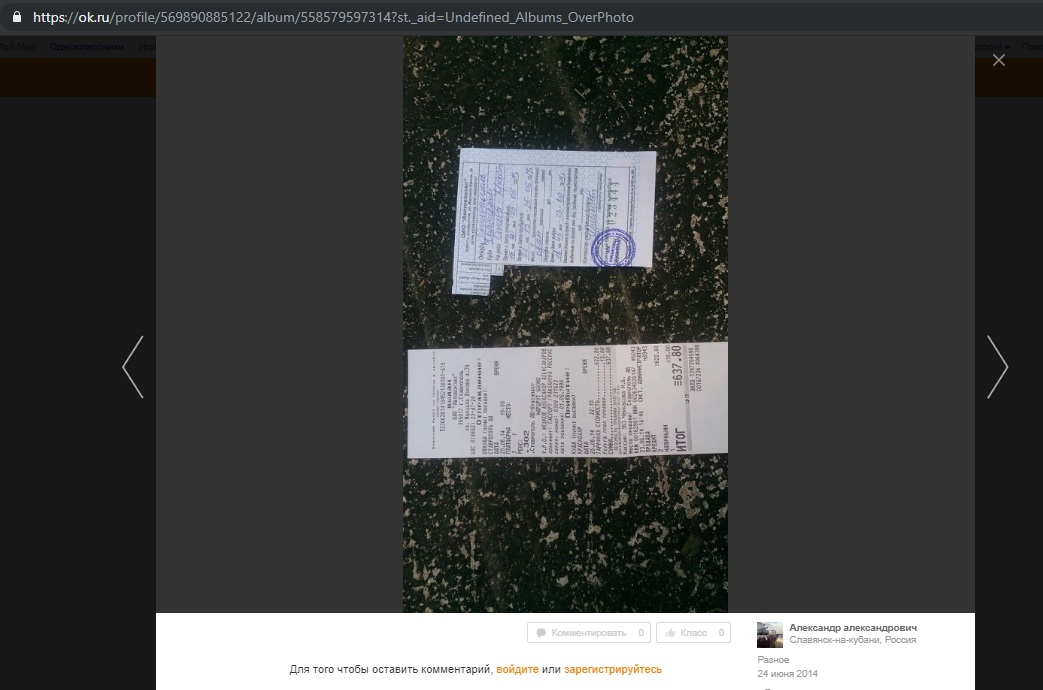 Apparently, these are his tickets back home after demobilization, as evidenced by the points of departure and arrival (Stavropol and Krasnodar), as well as the date of publication of the snapshot (06.24.2014), and the status “Demobilized” from 06.25.2014:

Based on the information from the ticket, as well as on other data from the social profile, we could establish the identity of the Russian war criminal:

Then we went on to identifying the military unit where Meshkov served and within which he participated in the invasion of Crimea.

In the list of his friends, Meshkov marked Rava Tugushev as a comrade-in-arms. In Tugushev’s album, there is a group photo taken at the grounds of a military unit. Meshkov is in the center. It proves that they really served in one unit. 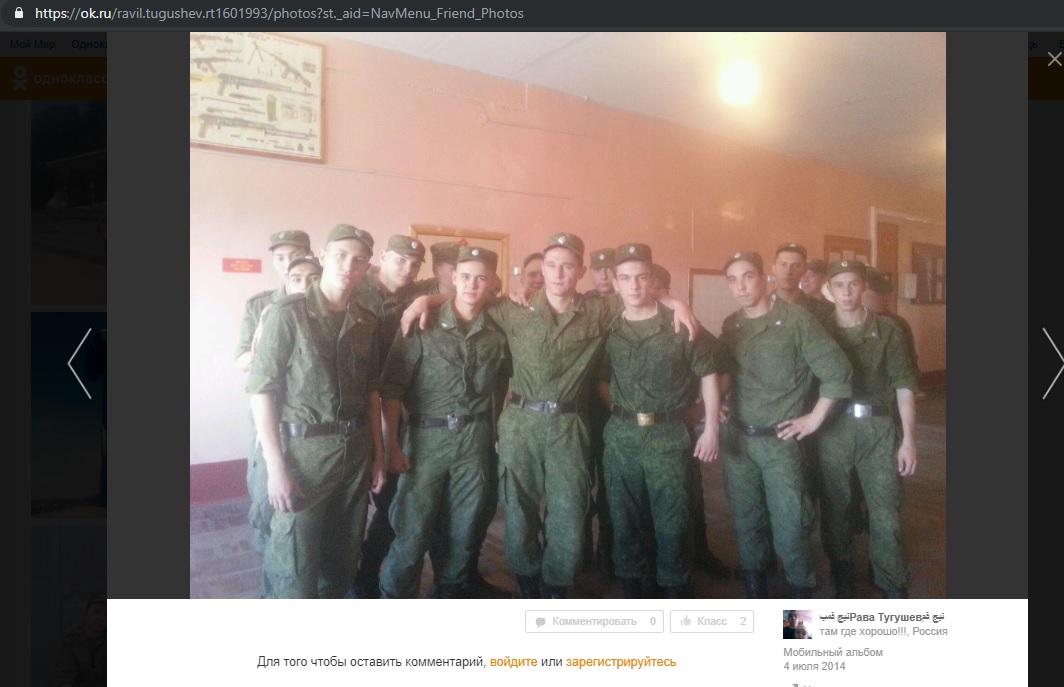 There is a photo in the Tugushev’s album taken on the background of the stand with the information about the unit: the history of its establishment and redeployment to Stavropol, as well as the reorganization from a regiment to a brigade. On the stand, the last few words of the unit’s name are visible: “… eksander Nevsky Control Brigade”. 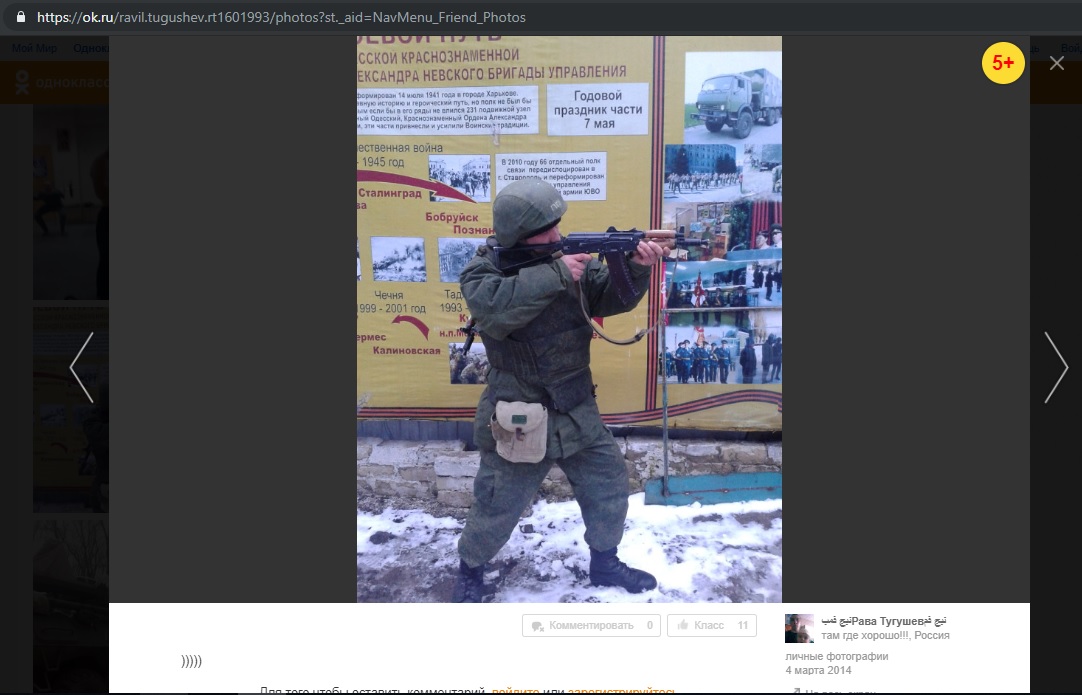 In the background of another Tugushev’s photo, there is a stand with the full name of the brigade – 66th Odessa Red Banner Order of Alexander Nevsky Control Brigade (in the original photo the inscription is clearer, the photo is available at link). 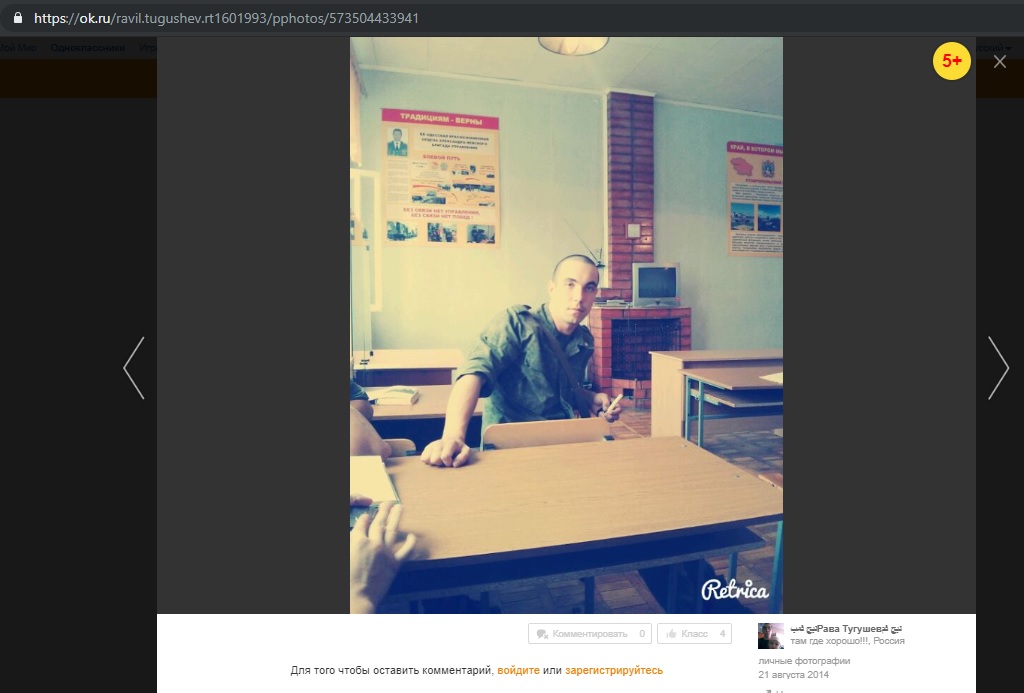 So, Meshkov served as a conscript in the 66th Control Brigade and participated in the invasion of Crimea within this unit.

Alexander Meshkov is not the only identified occupant from the 66th Brigade of Russian army. In the following features we will reveal the names of other war criminals from this unit.

We should also like to add some information about another Russian terrorist, whose identity was established while studying Meshkov’s friendship network.

A resident of Slavyansk-na-Kubani town, Stanislav Nikolaevich Zapletin, born on April 30, 1994. He is a member of the paramilitary organization – the 1st Poltava Ataman Sidor Beliy Regiment of the Kuban Cossack Host. He was trained in field training camps. His social profile contains the photo album titled Ukraine 2014 with photo evidence of his participation in the occupation of Crimea. He was decorated three times for his crimes, one of the awards is the departmental medal of the Ministry of Defense of the Russian Federation. 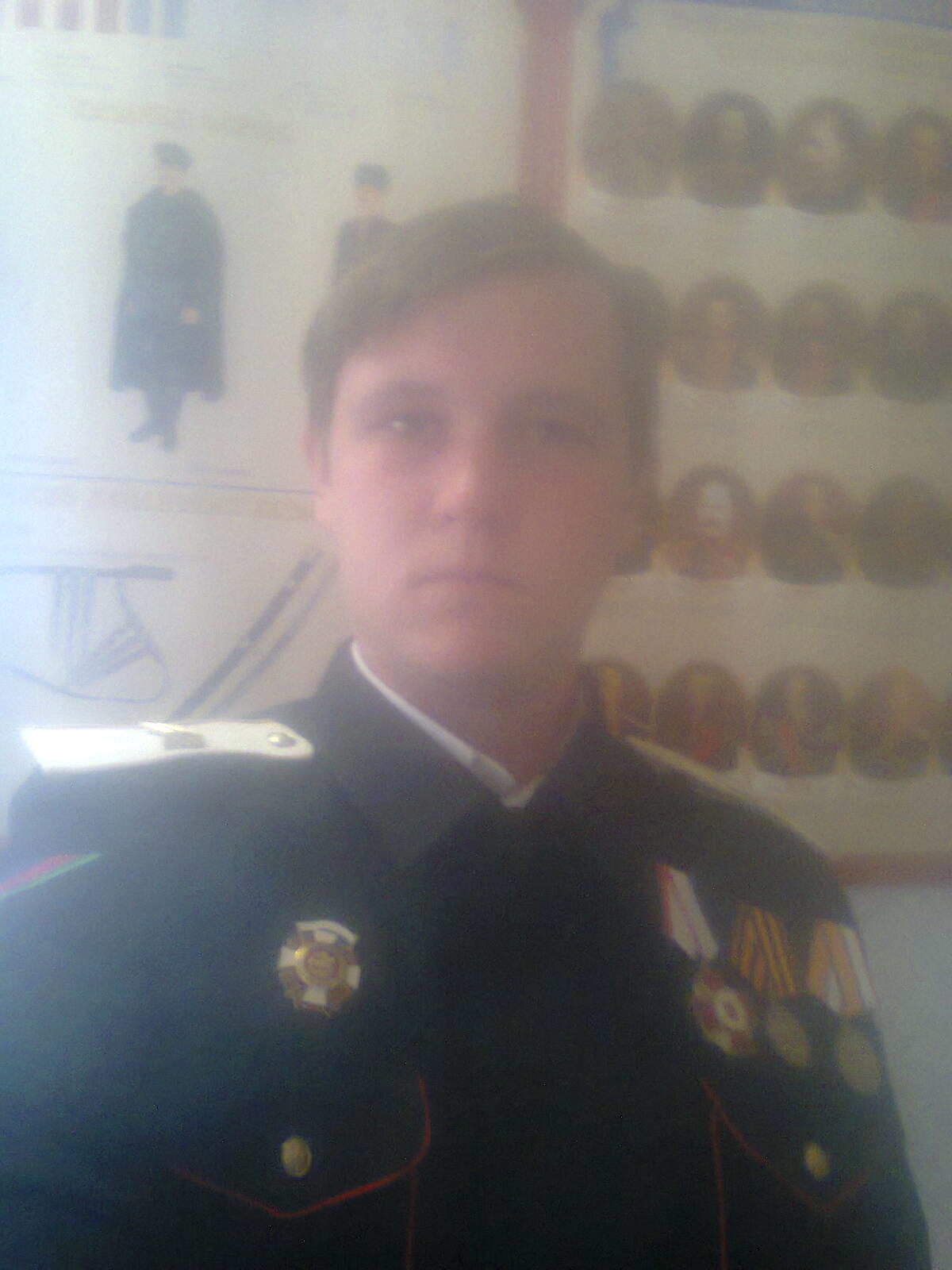 For more systemic information about all the Russian Army units whose participation in the aggression against Ukraine, Georgia and Syria has been proved by the InformNapalm volunteers through open source intelligence (OSINT) check our Russian Aggression database.

The material prepared specifically for InformNapalm,

an active link to the the original article is required for any further use or reproduction.
(Creative Commons — Attribution 4.0 International — CC BY 4.0 )
Repost and share with friends!
For notifications about InformNapalm investigations follow us on
Facebook and Twitter

No Responses to “Proved: participation of 66th Control Brigade of the Russian Armed Forces in annexation of Crimea”