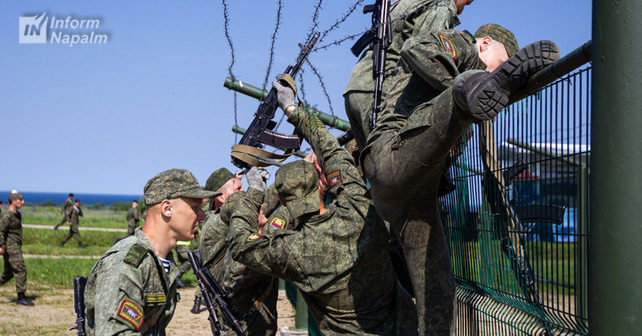 On July 17, Russia announced the beginning of a large-scale surprise check of combat readiness of 150,000 Russian servicemen of the southern and western military district and some other formations. This was stated by Russian Defense Minister Sergey Shoygu.

The announcement of a surprise inspection of Russian troops was made on the sixth anniversary of the terrorist attack that shot down Malaysia Airlines flight MH17 in the sky over the occupied part of the Ukrainian Donbas by a Russian missile from the Buk missile system which belonged to the 53rd anti-aircraft missile brigade of the Russian armed forces.

According to Minister Shoygu, this inspection should assess the army’s ability to secure its functions in southwestern Russia where supposedly “serious terrorist threats remain” and prepare for the Caucasus 2020 exercises scheduled for September this year.

Overall, almost 150,000 servicemen, more than 26,000 pieces of military equipment, 414 aircraft, and 106 ships, including support vessels, are engaged in the drill.

On July 17, the official YouTube channel of the Russian Ministry of Defense also posted a video about the beginning of this large-scale surprise inspection near the borders of Ukraine.

Soldiers of the tank regiment of the 144th Motorized Rifle Division (MRD) of the Western Military District began a surprise check of combat readiness in Smolensk Oblast.

As part of the inspection, tankmen organized the advance of tank, motorized infantry, artillery, reconnaissance, engineering, and logistics units to combat areas. The servicemen marched on unfamiliar training grounds using regular equipment where they began to prepare units to perform tasks.

According to the inspection plan, the units of the tank regiment are to practice reconnaissance with tank patrols, defense of bases, deployment of firing positions and command channels at tactical level, as well as fortification of motorized infantry positions.

About 1,000 servicemen, as well as more than 300 units of armaments, military and special equipment of the tank regiment, including T-72B tanks and BMP-2 infantry fighting vehicles, are engaged in the combat readiness check.

We remind you that on July 8, volunteers of InformNapalm international intelligence community published an analysis of the operational situation and the scenario of a possible offensive by Russian troops towards the North-Eastern part of Ukraine .

On the first stage of the inspection, about 150 planes and helicopters of operational-tactical, assault, bombing and army aviation of aviation formations of the 4th Air and Air Defense Forces Army of the Southern Military District (military units 211206 and 40911) were checked for readiness to relocate to operational airfields.

The units were brought to full combat readiness, the aircraft got ready for departure, the planes and helicopters were refueled, and the aircraft weapons were loaded. Ground support services inspected the readiness to relocation.

The command of the 4th Air and Air Defense Forces Army is stationed in the city of Rostov-on-Don.

Let’s remind you that in 2016, InformNapalm volunteers established the data of 116 members of the Russian Air Force crews who were involved in combat operations in Syria, including the destruction of civilian objects and infrastructure. This caused panic in the Russian media, which called it a “provocation” and a “leak of top-secret information“.

We continue to watch for key markers and signs of preparation for large-scale Russian aggression. The beginning of the “muscle flexing” on the symbolic date of the sixth anniversary of the MH17 catastrophe, for which the world community put responsibility on Russia, may also indicate Putin’s desire to demonstrate military power to the West. Within Russia itself, after a fake referendum on amendments to the Constitution dissatisfaction is growing. The Russian President can “let off steam” of the dissatisfaction with one of the worked-out scenarios of external victories. A similar situation was in 2014 when the Russians were dissatisfied with the large-scale embezzlements in preparation for the Winter Olympics in Sochi. Putin redirected this “steam of discontent” to the victory hysteria after the annexation of Ukrainian Crimea, which quickly raised his support rating among Russians.

On June 24, 2020, the former commander of US Armed Forces in Europe General Ben Hodges warned that in September Russian could conduct another military invasion operation in the southern region of Ukraine under guise of the Caucasus 2020 military exercise.