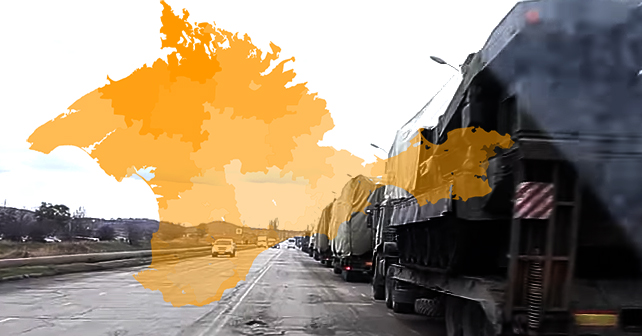 The most probable reason for Russia to deploy S-300VM Antey-2500 surface-to-air missile system (SAM) launchers to Crimea is to prevent Ukraine from running missile tests over the Black Sea on December 1-2.

The movement of Russian military equipment and weaponry to occupied Kerch (Crimea) was spotted out today, November 29. The volunteers of InformNapalm volunteer intelligence community identified  launchers  S-300VM Antey-2500 (GRAU index – 9K81M) among other weaponry.  It is worth reminding, that it is an air defense unit capable of shooting down short and medium-range ballistic missiles. This system is also designed to engage current and advanced design planes of tactical and strategic aviation (including stealth aircraft), medium-range ballistic missiles of, theater ballistic and tactical missiles, aeroballistic and cruise missiles.

Footage screenshots that made allowed for transported systems identification: 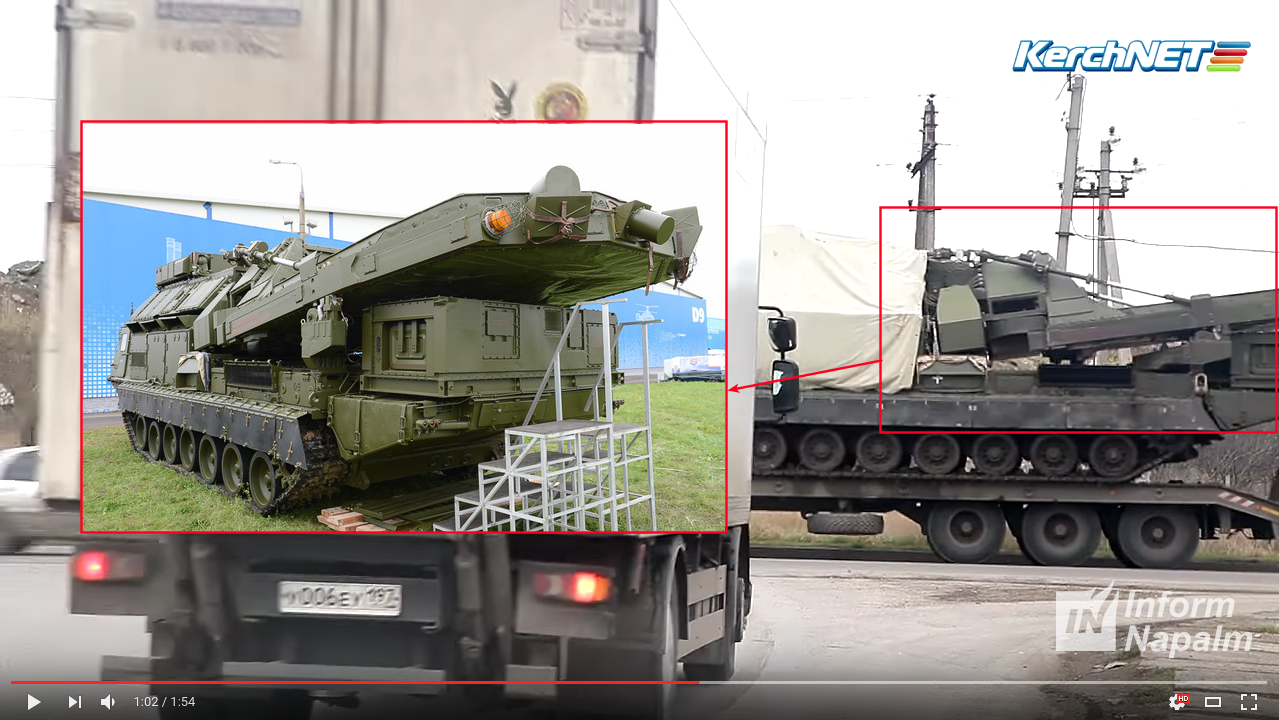 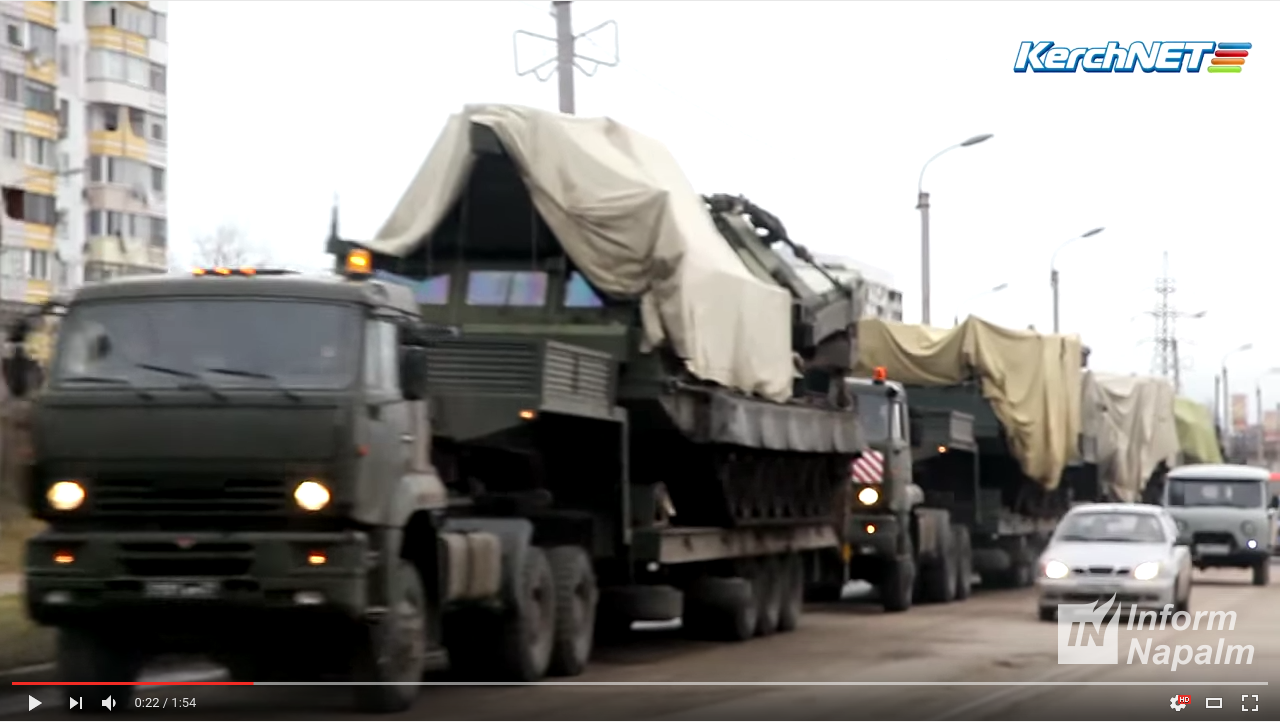 It bears reminding that on November 25, Ministry of Defense of Russian Federation delivered a note to Ukraine connecte to the planned missile launches intentions in the vicinity of occupied Crimea.

Yet, on November 29, the Federal Air Transport Agency of Russian Federation posted a message on its official site claiming that Ukraine had already set the new restricted airspace zones over the Black Sea.

This publication was prepared by  InformNapalm Mikhail Kuznetsov  specially for InformNapalm international intelligence community site. An active link to the authors and our project is obligatory for any reprint or further use of the material.