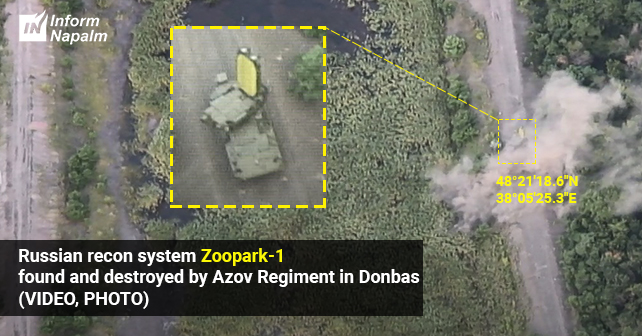 Breaking news. It is the first time that high-quality photos and video evidence of the destruction of a modern equipment type operated by the Russian army were obtained in the occupied areas of Donbas. On June 26, a video appeared on the Youtube channel of the Azov Regiment where Ukrainian military men recorded the movements and subsequent defeat of the Russian artillery reconnaissance and target designation radar station 1L259 Zoopark-1.

“On June 23, 2019, the enemy attacked the positions of the Azov regiment using 122 mm and 152 mm cannon artillery, the Azov technical reconnaissance equipment determined that the enemy was adjusting fire using Zoopark-1, an artillery reconnaissance system of the Russian origin. This is essentially a modern counter-battery radar, a counterpart of the American AN/TPQ, produced in the Russian Federation. After the discovery of the Zoopark station by our assets, our aerial recon crew on duty launched a UAV and confirmed the deployment of the Zoopark station in the vicinity of Horlivka, thereafter fire assets of Azov Regiment engaged the station,” said the officer of the Azov Regiment commenting on the video of the destruction of the Russian equipment in Donbas. 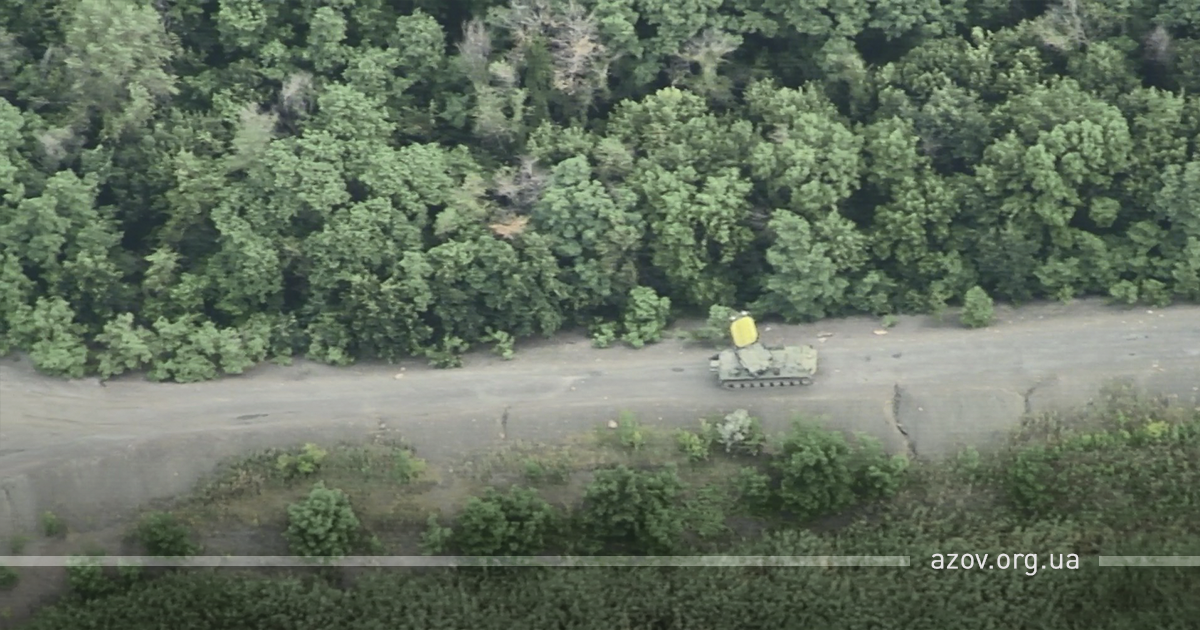 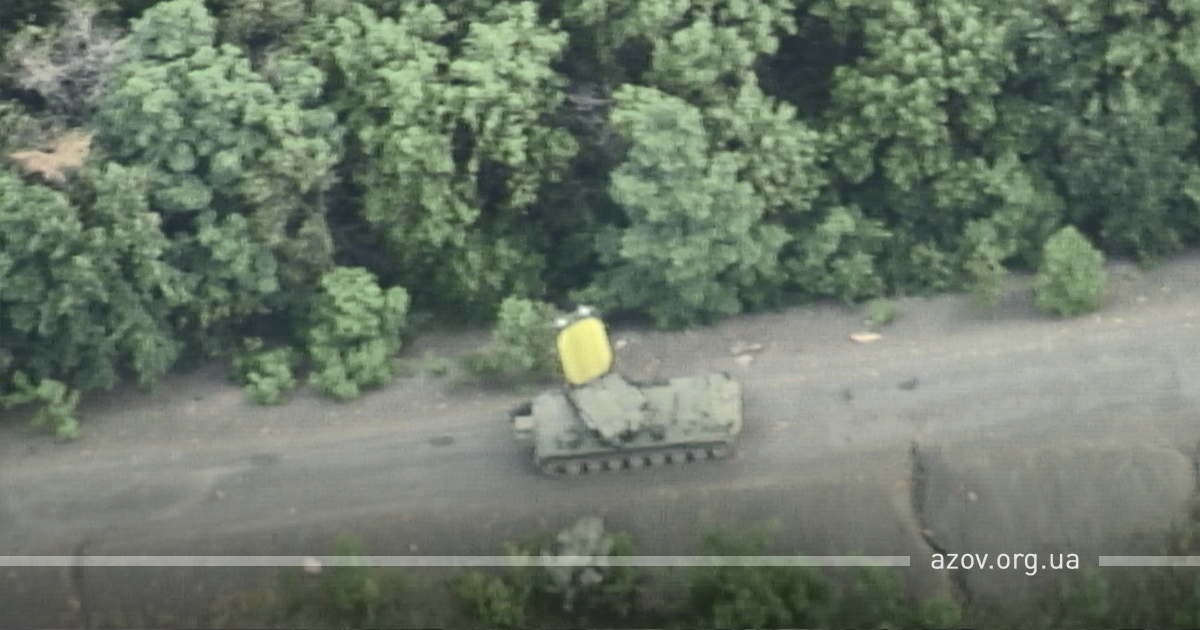 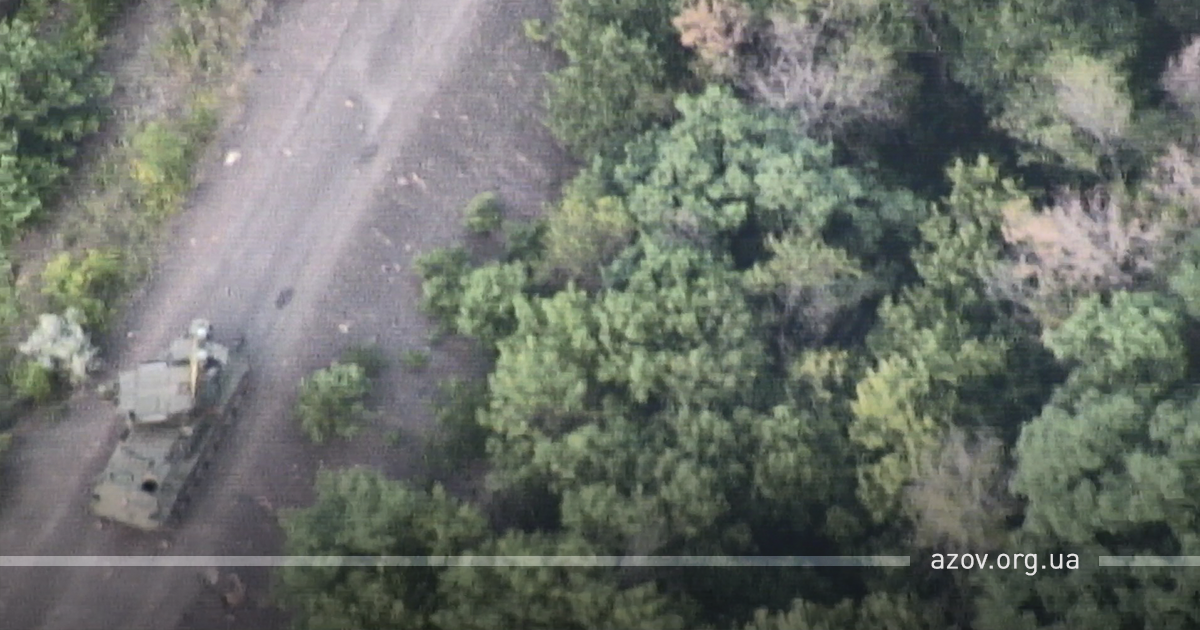 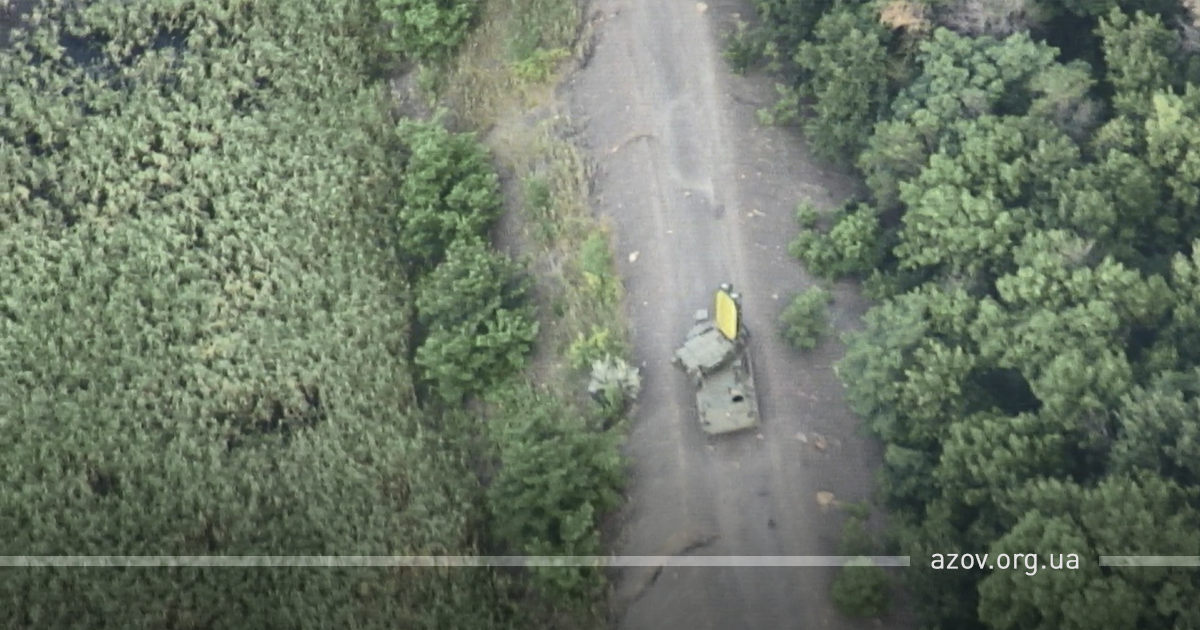 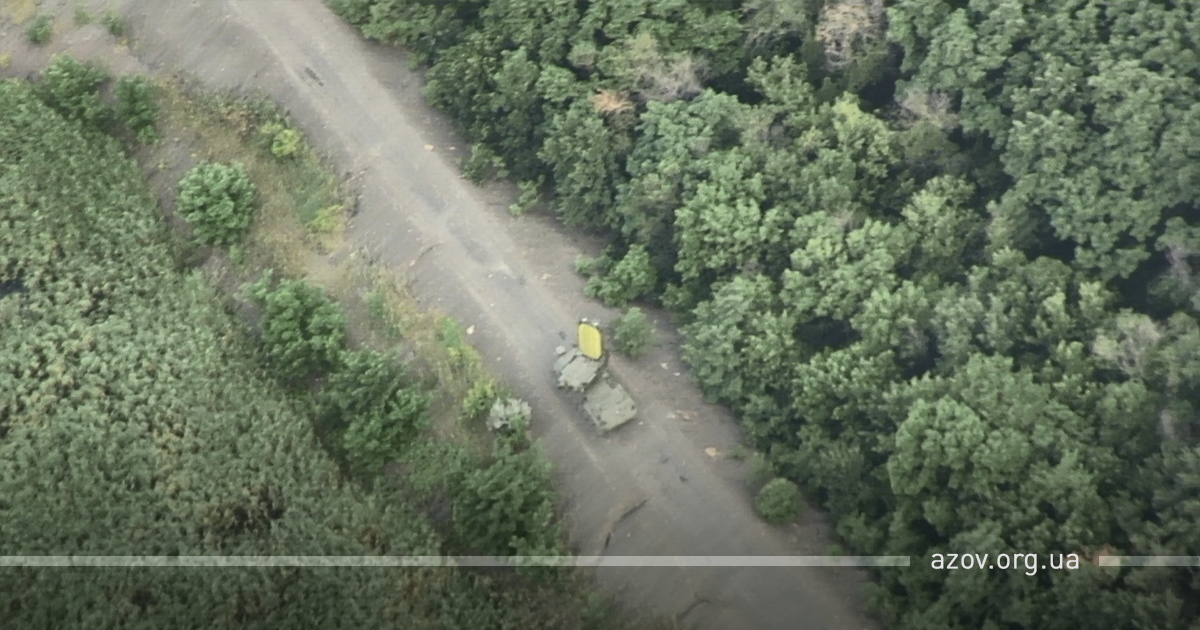 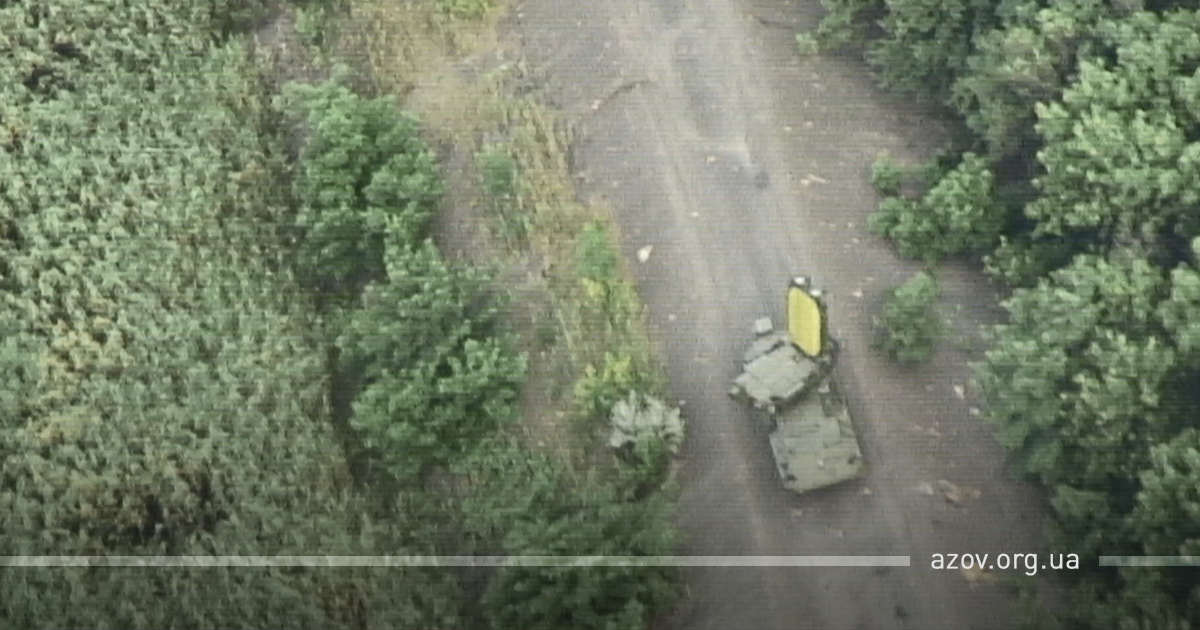 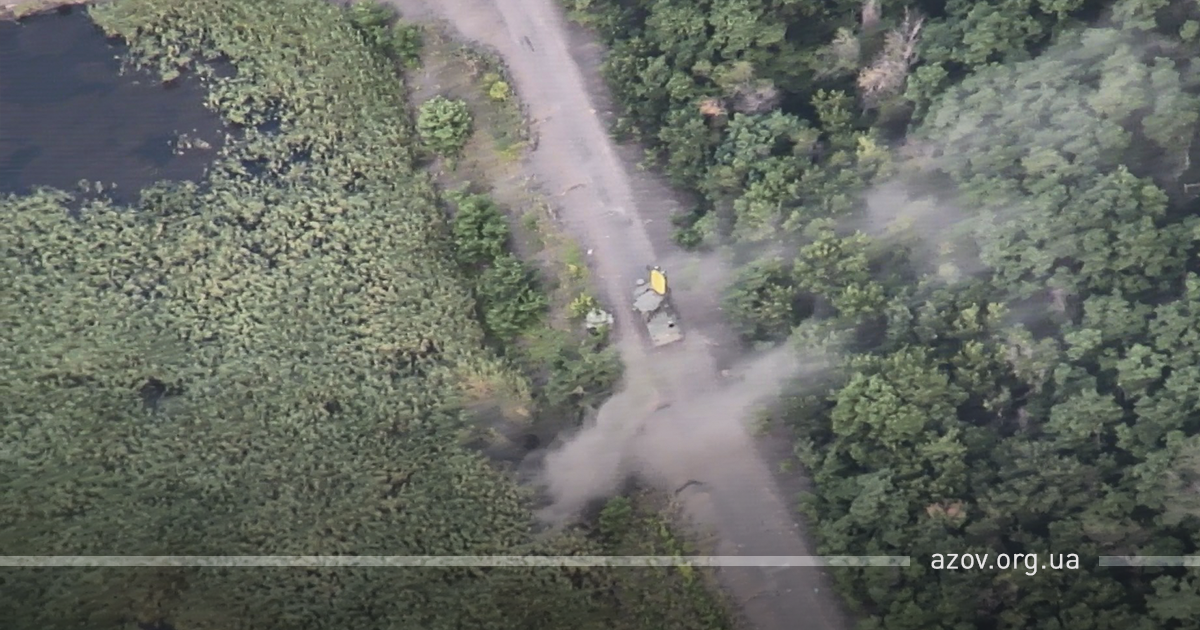 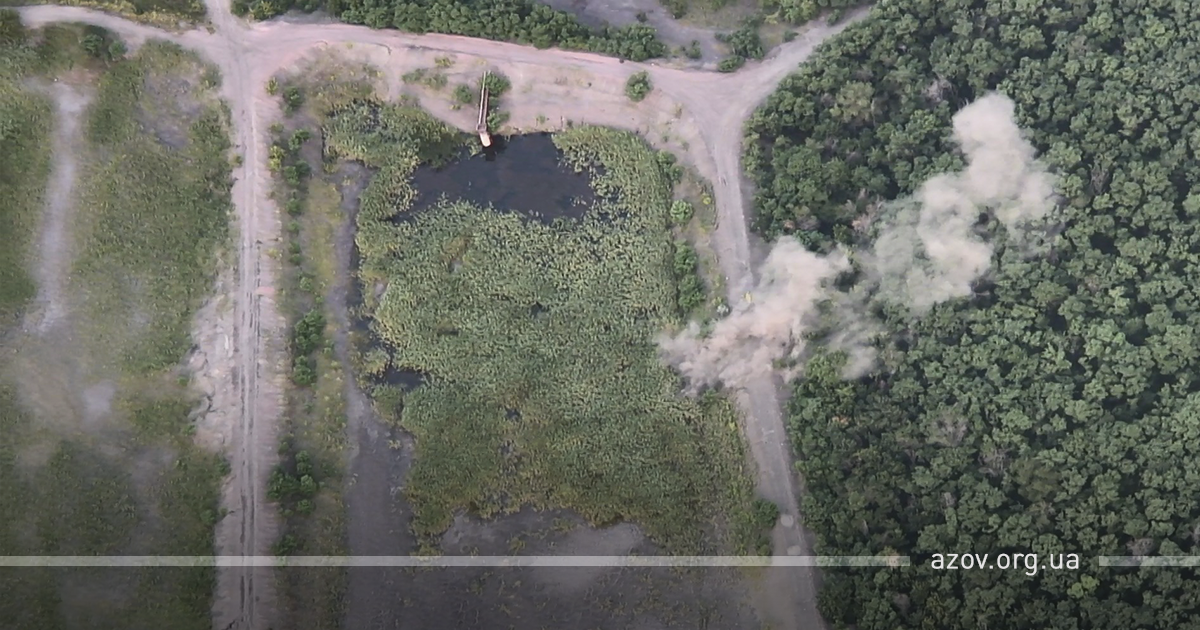 Volunteers of InformNapalm conducted the analysis of the video and relevant facts. We analyzed the terrain and established the exact coordinates of the Zoopark-1 engagement. This point is 48.355161, 38.090358 in the outskirts of Horlivka, which confirms the words of the officer in the video. 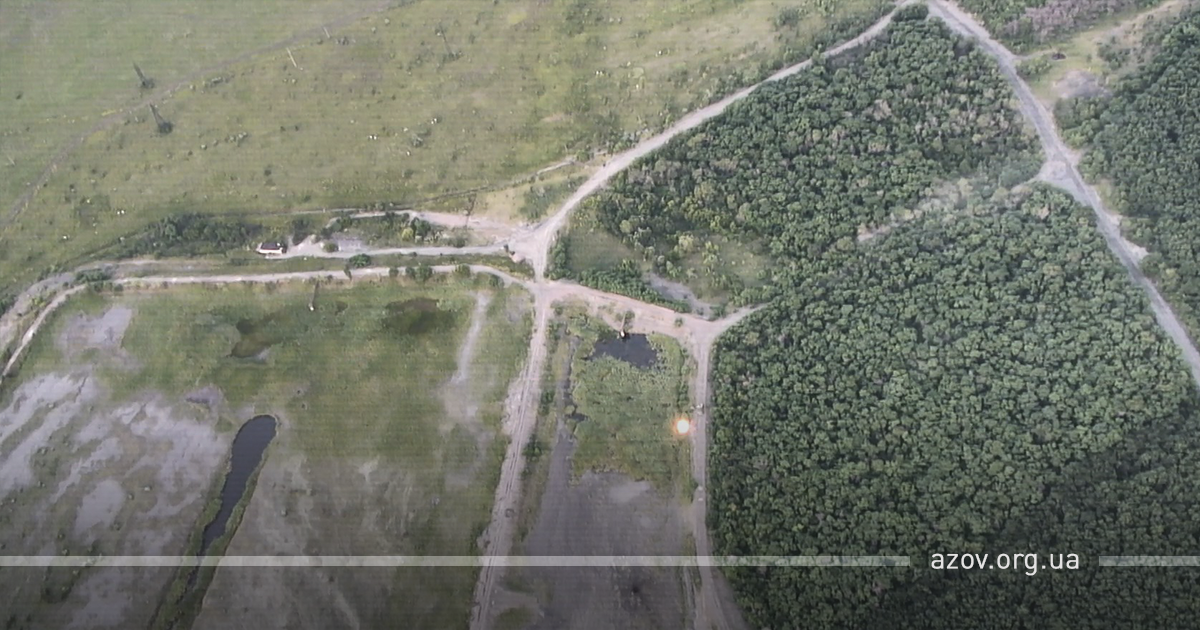 Moreover, on April 13, 2019, a drone of the OSCE Special Monitoring Mission spotted a Russian artillery reconnaissance and target designation radar station (1L259, part of the Zoopark-1 system) near Horlivka city (39 km north-east of Donetsk). The spotting was reported on April 16.

It was also in Horlivka that this Russian equipment had been spotted before. Also, in August 2016, Main Directorate of Intelligence of the Ministry of Defense of Ukraine reported that militants deployed two radar reconnaissance systems Zoopark-1 on the western outskirts of Horlivka.

The first photo evidence identifying Zoopark-1 in Donbas was published by InformNapalm volunteers in November 2016. However the first video recording of its live use in the deployed configuration, its subsequent fire engagement and destruction appeared only in June 2019. The Russian station was detected through professional actions of Azov Regiment personnel and use of the latest technical reconnaissance assets.

For more information about the Russian weaponry and military equipment deployed in Donbas visit our interactive database of the Russian aggression. All the listed types of equipment could not have been captured in combat, as they are not operated by the Ukrainian Army, whereas some types represent the latest Russian military technology.