Russia uses more than eight types of UAVs in the Donbas 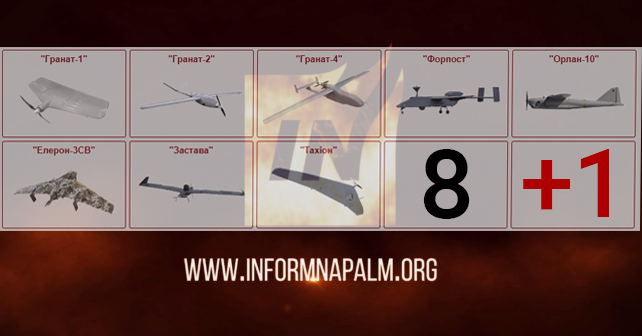 On March 22, Major General Bogdan Bondar, the head of the Main Command Center and the deputy chief of the Joint Operational Headquarters of the Armed Forces of Ukraine, demonstrated in the Verkhovna Rada (Ukrainian parliament) two samples of Russian made unmanned aerial vehicles (UAVs) shot down by the Ukrainian military: Orlan-10 and Eleron-3SВ. In addition, the First Deputy Chairman of the Verkhovna Rada Irina Gerashchenko, during a meeting of the Minsk Platform informal deputy group, noted that Ukraine expects a tough reaction from the OSCE regarding Russian drones shot down in the Joint Forces Operation (JFO) zone. This was reported by Ukrinform. 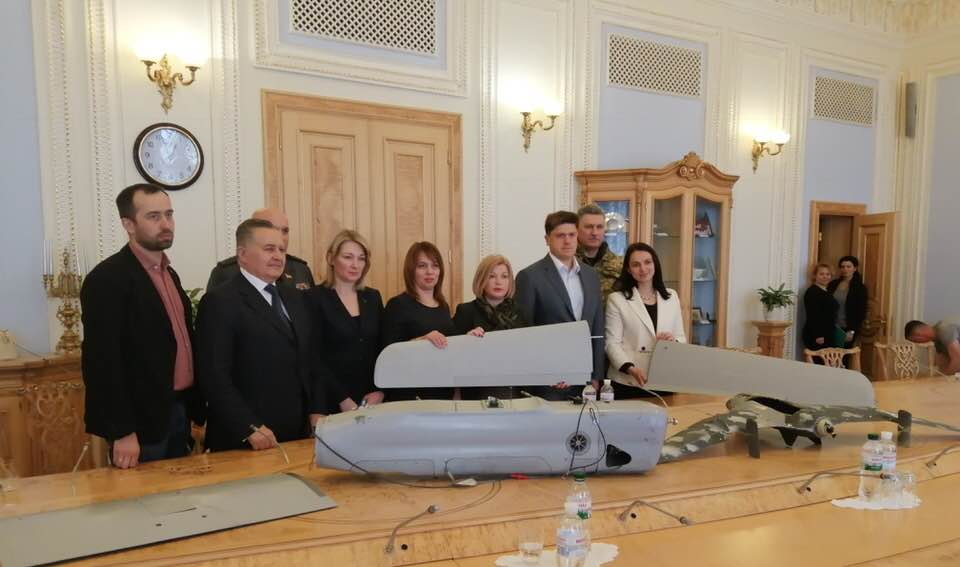 In its turn, the InformNapalm international volunteer community draws attention to the fact that during the fighting in the occupied territory of the Donbas the use of eight types of UAVs of Russian production was confirmed: Granat-1, Granat-2, Granat-4, Forpost, Orlan-10, Eleron-3СВ, Zastava, and Tachyon. Another type of a new Russian UAV with an unknown name was also discovered. 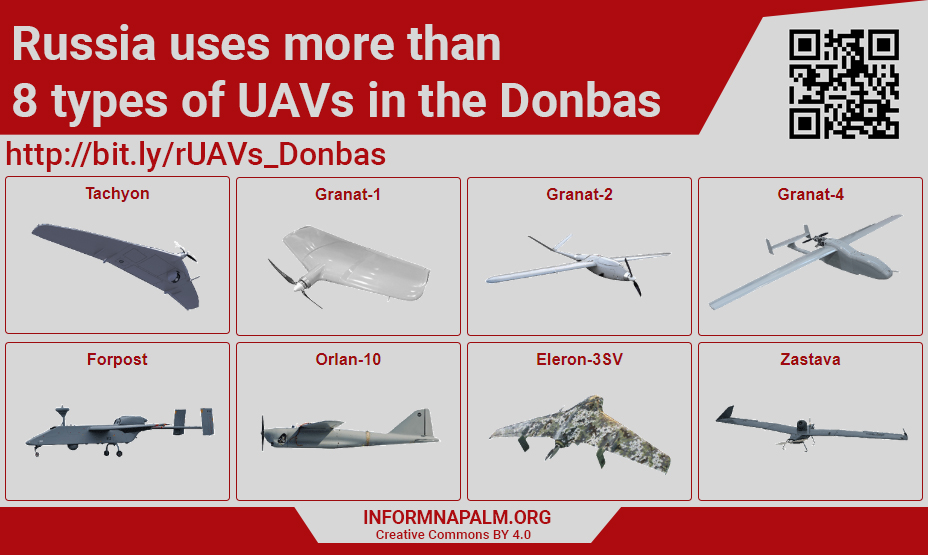 The InformNapalm community database has separate OSINT investigations for each of these types, and in some cases it even published classified documentation on the assignment of Russian UAVs with seconded operators from the Russian military personnel to the occupation corps.

Interestingly, the Russian Orlan-10, Tachyon and Eleron-3SV UAVs were also exhibited by occupation forces at demonstration stands in Lugansk, at the Transpel base.

We request everyone to pay attention to this data and disseminate it so it can be used at a high political level.