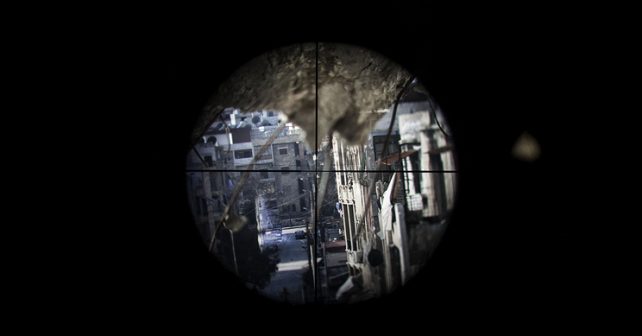 Russian Officers are dying in Syria again. Official media keep silent about losses of the Russian army in the Middle East. However, it has transpired that two more Russian military “advisers” were killed in action on the frontline on May 3. Russian regional newspapers are more overt. The following is their description of the combat action:

On May 3, 2017, captain Yevgeniy Konstantinov, while on his station, saw that his comrade, a major of the Russian Armed Forces was wounded in a fierce battle and is unable to fend off the assaulting terrorists. He rushed to his aid. However, they were outnumbered. Yevgeniy got six bullet wounds.

Interestingly, it was not even made known this time where in Syria the action took place. However, it follows from the description that Russian military “advisers” were on the frontline.

Yevgeniy Konstantinov, a captain of the Russian army, was 32 years old; before Syria, he served as a commander of a battalion in Russia’s Samara Region known to InformNapalm readers for its regular secret tours to Donbas. He was awarded an Order of Courage posthumously. We wrote earlier about the practice of granting this order to the killed Russian military men.

RBC found out about the second killed officer. It was 37 years old major Aleksandr Skladan referred to as the “chief of the reconnaissance battalion.”

We wrote a number of times about Russia’s regional newspapers being of help in finding out Russian military men killed in Syria; however, career soldiers killed in Syria usually are either lower-ranking or employed by PMCs. It is for this reason that they remain nameless soldiers sent for slaughter. It is hard to tell about many of them where they died: in Syria or Donbas. The only thing left after their death on the Internet is one or two photographs with a lapidary epitaph along the lines of “Remembered, Loved, Mourned.”

On May 21, 2017, an Instagram user known as separ_13 published his photo (archive) at the grave of his comrade captioned as:

“Together with my friends at the grave of our comrade killed in action in SAR.” 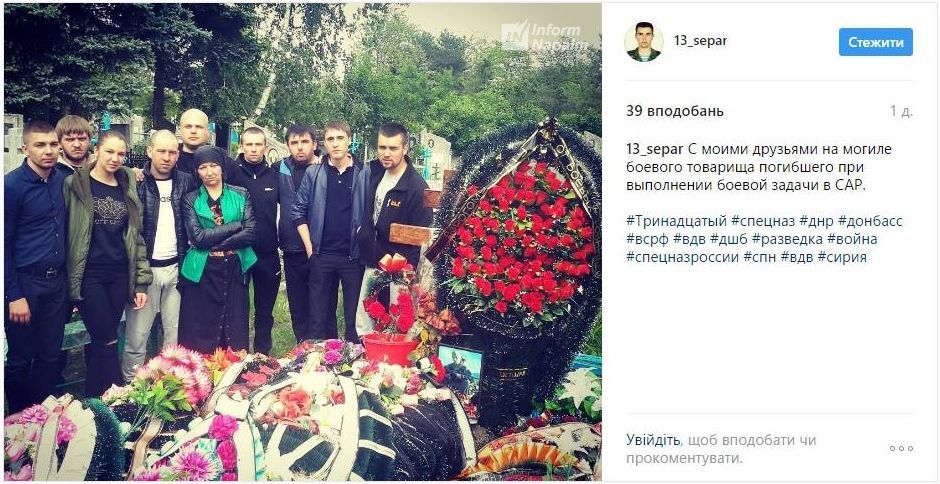 This separ_13 nickname belongs to the Russian national Yegor Viktorovich Guzenko from Russia’s Stavropol Region who served in the Russian army and was spotted in Donbas. It is not known yet whether he was there as a career soldier or as a “vacationer.”

In his social media profile in Odnoklassniki (archive) he also published some photos with his friends near the same grave.

The photos in Odnoklassniki were also made public on May 21. 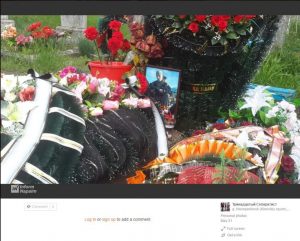 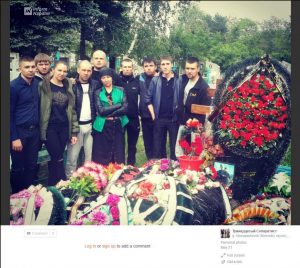 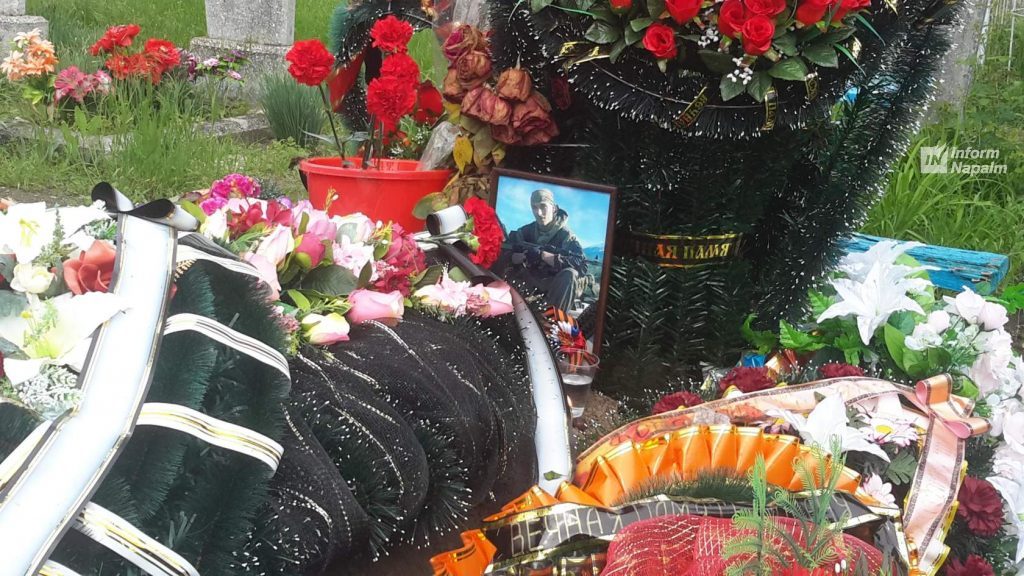 In the frame, there is a clear image of a man in the uniform with a firearm against the backdrop of mountain scenery. One can also see wreath ribbons bearing a legend of either “In memoriam Warrior…”, or “In memoriam Ivan…”; there is another ribbon inscribed “From comrades in arms.” Most probably, this is already the Ninth-Day mourning ceremony because some flowers on the grave had already wilted. It means that the death had occurred much earlier than the photos were published.

Friends of the killed soldier gave some hints as to where to find him.

We tried to identify other people captured on the photo from the funeral. We located the social media account of 22-year old Sergey Martynenko (archive) from Krasnodar almost instantly: 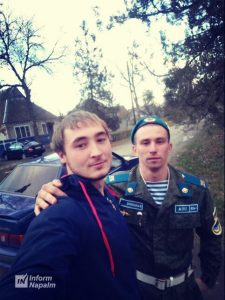 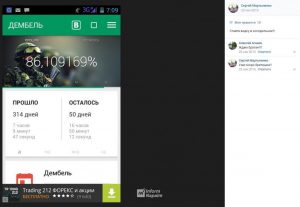 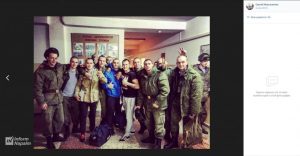 Judging from his discharge photos, he served either with the Spetsnaz or with the Airborne Forces. A picture with “DMB” discharge shoulder boards was updated on November 19, 2015, while photos dated November 5 were still shot in the barracks. About two months before the discharge, Martynenko published a screenshot from Dembel app indicating that he had 50 more days of service to go.

Our most exciting discovery among his friends was 26-year old “Valera Afisov” (archive) hailing, most probably, from Pyatigorsk or Yessentuki. It was Afisov who published the photo used on the gravestone of the unknown soldier with the caption “Remembered, Loved, Mourned”: 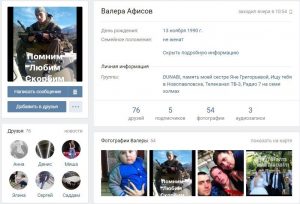 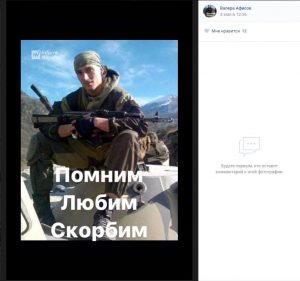 The picture turned up in the newsfeed on May 3. It means that the date of death is either the same day or at least a couple of days before. Thus, it was on this very day that two Russian officers had been killed in Syria whose deaths was only admitted and made known in media publications several weeks later.

The information about the death almost coincided with the intensification of IS’s activities in Syria; however, a Russian is more likely to hear yet another piece of apocalyptic news from Ukraine or something about decadent Europe from the Russian TV, while only friends and relatives take interest of those killed far away at war in Syria. We are giving Russian journalists a chance to come up with a story of a “courageous” battle of the unknown soldier in Syria.

No Responses to “Russian Army’s Losses: Russian Officers Are Dying in Syria Again”