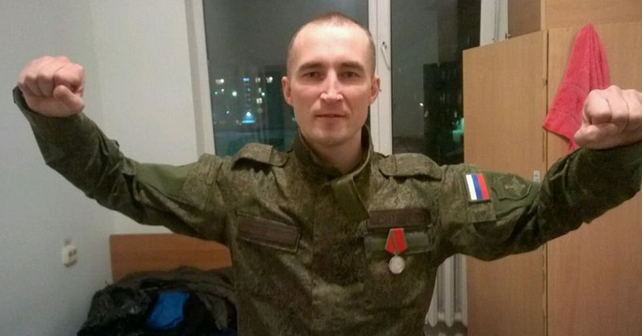 The Russian Army began suffering first losses long before the full-scale invasion to the territory of Ukraine in August 2014. Ukrainian hacktivist Eugene Dokukin back in 2014 published some data for Rostov Oblast obtained from the Russian Interior Ministry servers. The dump with miscellaneous information contained some reports from the Ukrainian-Russian border. InformNapalm volunteers decided to analyze the most interesting ones and do some additional fact checking using open source intelligence.

For instance, the report of the police major N. P. Tsygankov contains a description of an episode with eight contract soldiers of the 18th Motorized Rifle Brigade (military unit 27777) getting injured. The description of the injuries is rather vague:

“On July 22, 2014, at approximately 04:45, as a result of an accident (mortar burst), 8 servicemen of the Ministry of Defense of Russia were injured. The servicemen were the contract soldiers of the 18th Motorized Rifle Brigade, the 3rd battalion in the Chechen Republic:

The injuries happened on July 22, 2014 at approximately 04:30 as a result of a mortar burst, 3,000 meters away from the Russian border, towards Kozhevnya village, Ukraine. The injured servicemen were evacuated to a hospital in Rostov-on-Don by helicopter”.

The description does not make it clear whether the mortar crew was located on the territory of Ukraine or Russia. Kozhevnya is a village sited in immediate proximity of the Ukrainian-Russian border (covering about 500 meters along the borderline). 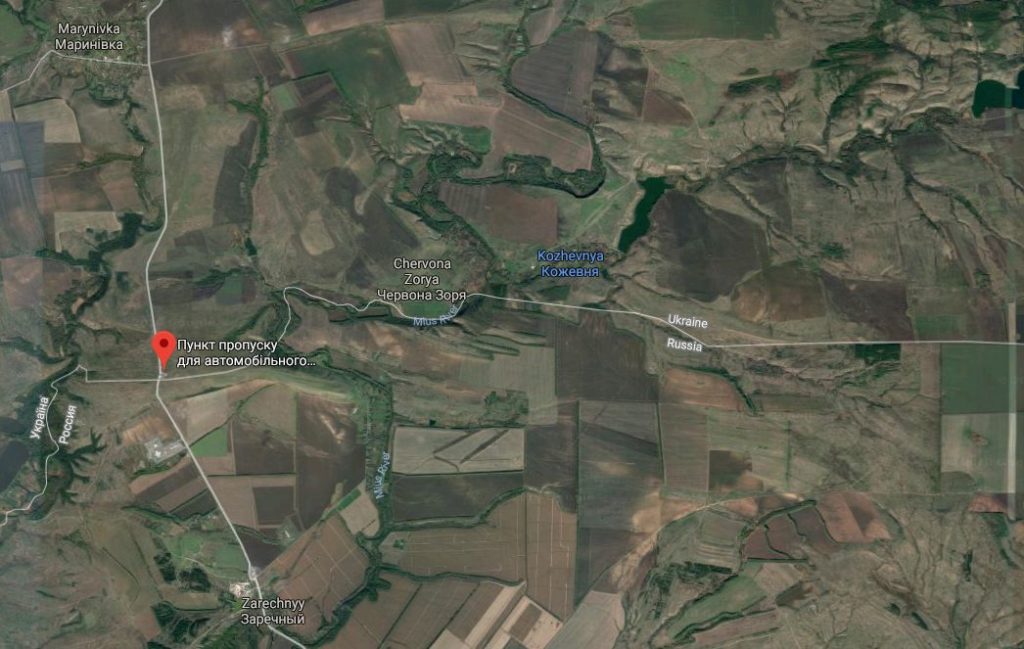 The nearest Russian town or village is Kuybyshevo, at that time a borderline transit point used by the Russian army to illegally enter Ukraine, facing the border checkpoint Marynivka. In the summer of 2014, active fighting with the Russian army over the control of Savur-Mohyla was taking place in the area. Also, a few days before the mortar burst, the Russian Buk that on July 17th had brought down flight MH17 passed somewhere nearby, hastily driven away from Donbas.

As a result of immediate investigation, several accounts of the servicemen involved in the mortar incident were found in February 2015. The injuries were confirmed. Private contract soldier Ivan Pletnev from Krasnoyarsk was treated in the military hospital in the village of Kalinovskaya (Chechnya), where his military unit was stationed. 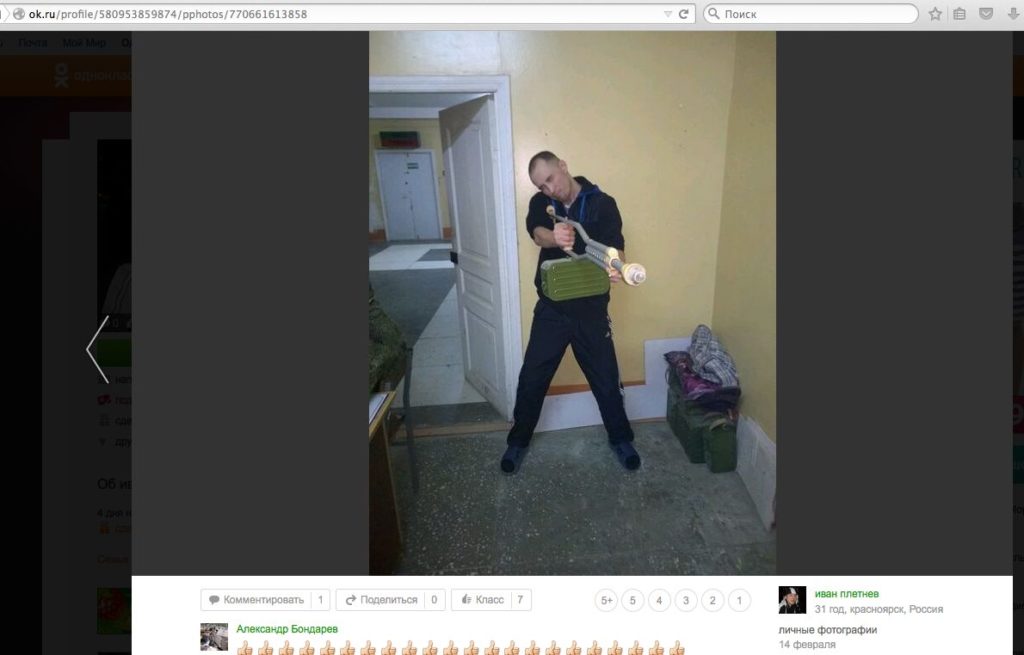 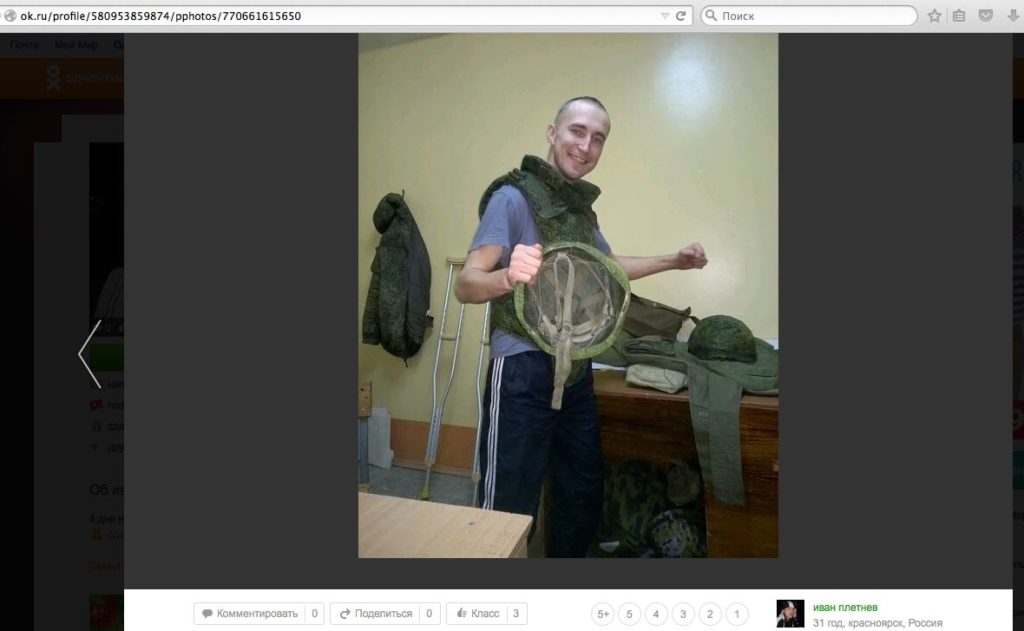 One of the pictures shows him posing with crutches and celebrating the military award he received – the Medal of Suvorov. In the Russian army, this is the standard practice for the active fighting periods: the medal of Suvorov is awarded for the injury, and the Order of Courage is awarded posthumously to those killed in action. 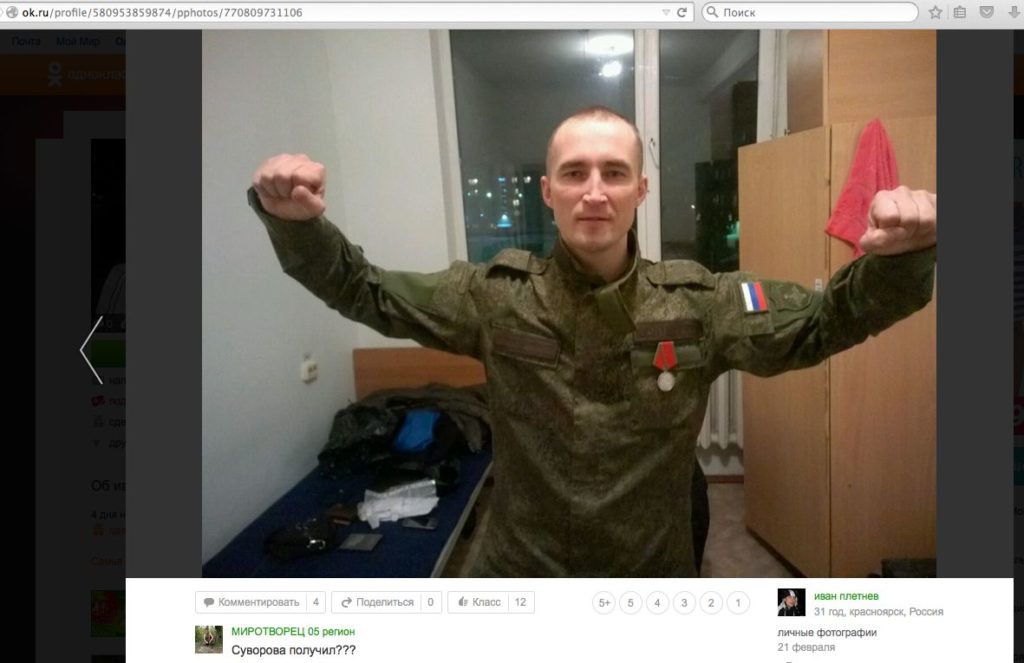 Shortly afterwards, Pletnev removed all photos and signed up new social media accounts (3 accounts on VK and 3 accounts on Odnoklassniki), which were later published on Myrotvorets web site.

Pletnev’s story was already a thing of the past, but the Chief Directorate of Intelligence of the Ministry of Defense of Ukraine has recently brought back the memories. It turned out that in 2016 Pletnev refused to go to Donbas. It looks like there those who had already been injured in Donbas, yet they never received any compensation.

So, Pletnev reasonably decided that he would rather keep his two legs than have two Medals of Suvorov for injuries. Apparently, the location where the injury happened played an evil trick on him. Most likely, it indeed was an accident that probably occurred right at the Ukrainian border. He was awarded his medal, but, predictably, not his money.

Translated by Taras Ulishchenko, edited by Artem Velichko
An active link to the authors and our project is obligatory for any reprint or further public use of the material.
(Creative Commons — Attribution 4.0 International — CC BY 4.0)
Repost and share with friends.
For notifications about InformNapalm investigations follow us on Facebook, Twitter and Telegram.