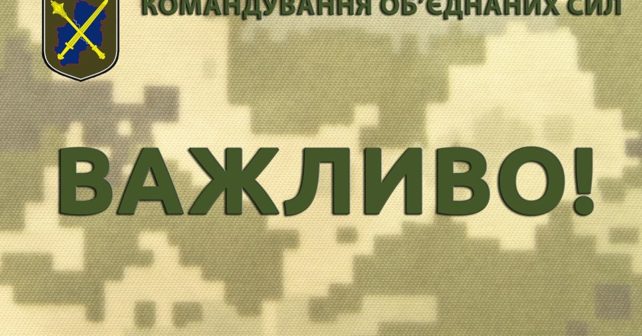 The Ukrainian Joint Forces Operation Headquarters inform the world that the armed units of the Russian Federation, in their effort to discredit the Ukrainian defenders, resort to open violations of the international humanitarian law and consciously exposing civilians to risk of lethal fire.

Thus, on March 15, 2020, a civilian man wearing a military-style jacket approached the positions of one of the Ukrainian army brigades, walking from the adversary’s side. As the man was moving between the two opposing positions, he was monitored by several individuals located at the position of the Russian Federation armed units. The man was detained by the Ukrainian troops and transferred to the Ukrainian state security officers.

After a thorough investigation, it became known that the detained man is a citizen of the Russian Federation who came from the city of Rostov-on-Don to the temporarily occupied territory of Ukraine’s Donetsk Oblast, looking for a job. As he failed to find employment and had no place to reside in, the so-called “law enforcement agencies” of the occupation administration detained him several times. Finally, after getting “the last warning”, the man decided to cross into the territory controlled by the government of Ukraine. According to the man’s own admission, he is a mentally ill person.

It is obvious that the occupiers’ regime decided to use a mentally ill person to achieve their criminal goals. Thus, instead of directing him to cross the contact line via any of points of controlled entry and exist, they moved the man to the front line and dressed him in an old military-style jacket, which made him look like a member of the armed militias to those who saw him from a distance. After this, the occupiers simply pushed the wretched man out of a trench and directed him toward the Ukrainian positions.

The adversary’s goal was simple and inhuman: to provoke the Ukrainian defenders to open fire, and then to blame the Joint Operation Forces’ units of deliberate murder of a civilian and a Russian Federation citizen.

We would like to remind our reader that the Ukrainian units do not use their weapons unless the lives and health of our troops are threatened.