Escalation in the Donbas: two Ukrainian defenders killed in action and two wounded 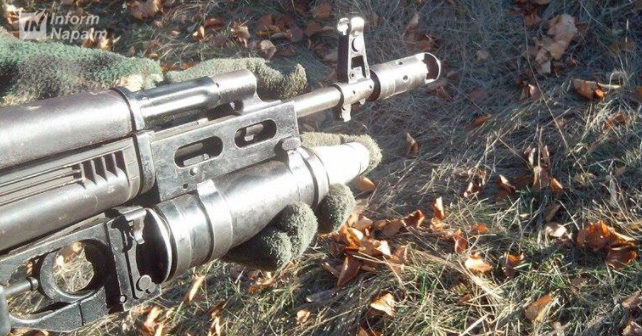 On October 30, in violation of the agreements reached by the Tripartite Contact Group, the Russian occupation forces carried out targeted engagements of Ukrainian positions in the Donbas, killing and wounding Ukrainian military men, reported the press service of the Joint Forces Operation Headquarters in the Donbas. The Ukrainian side promptly initiated an emergency meeting of the security working group within the Trilateral Contact Group (TCG). This was announced by Oleksiy Arestovych, who serves currently as an Information Policy Adviser of the Ukrainian delegation to the TCG .

InformNapalm volunteer intelligence community has analyzed this new tragic escalation episode of the war in the Donbas, and came up with additional intelligence data.

Based on intelligence data on units of the 1st and 2nd Army Corps of the Russian Federation in the occupied Donbas, we have grounds to believe that the shelling of Ukrainian positions was carried out by the 9th Separate Assault Motorized Rifle Regiment of the Marines (military unit 08809, permanent station at Novoazovsk, occupied part of Donetsk Oblast). This regiment of hybrid Russian forces is characterized by low discipline. In addition, the area of responsibility of the 9th Regiment is periodically used to provide their first real combat experience to artillery men of the Russian Army, recent graduates of Russian artillery schools.

In the evening of October 29, two more Ukrainian defenders were wounded at two different points of the front line – one was shot with a firearm, the other was hit by shrapnel from a grenade dropped by an enemy drone.

On October 27, InformNapalm drew attention to signs of impending hostilities escalation in the Donbas and reported that Russia was preparing to use strike drones, given the current experience of using strike drones in the current combat between Azerbaijan and Armenia. However, Russia’s technical capabilities currently do not allow for combat deployment of the latest technology, so the occupying forces in the Donbas resort to hybrid technical solutions using reconnaissance drones to dump explosive projectiles.

We will remind our readers that on October 28 the Russian occupiers in the Donbas also used the forbidden 82-mm mortars.

As previously forecast, the escalation of hostilities in the Donbas began immediately after the local elections in Ukraine.

As reported by InformNapalm in September, based on the data from OSCE SMM reports, Russia has actively used the ceasefire to increase the combat effectiveness of its forces in the Donbas: did engineering work, mining of new areas and replenishment of ammunition by covert trafficking of cargo through uncontrolled areas of the border.

No Responses to “Escalation in the Donbas: two Ukrainian defenders killed in action and two wounded”