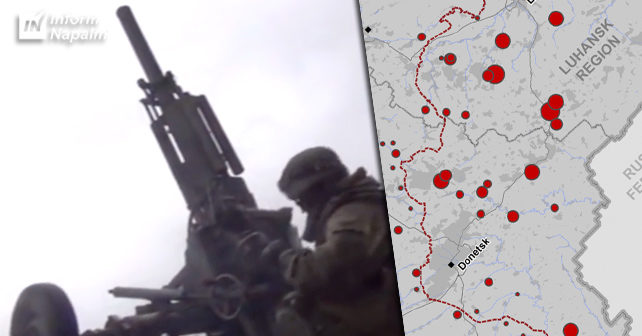 On October 28, the Russian armed forces violated the ceasefire in the Donbas four times. 82 mm mortars were used. According to the Addendum to the Package of Measures for the Implementation of Minsk Agreements of 12 February 2015, such types of weapons must be withdrawn at a distance of more than 15 km from the contact line.

The Russian occupation forces also used grenade launchers of various systems and fired small arms. As a result, one Ukrainian serviceman was wounded. This was reported by the press service of the Joint Forces Operation Headquarters in the Donbas.

Let us remind you that InformNapalm international intelligence community has repeatedly presented evidence of the deployment of Russian weapons in violation of the conditions of withdrawal. In particular, on October 5, 2020, another visual evidence was presented that Russia was grossly violating the terms of the ceasefire by placing 82 mm mortars 2 km from the contact line. 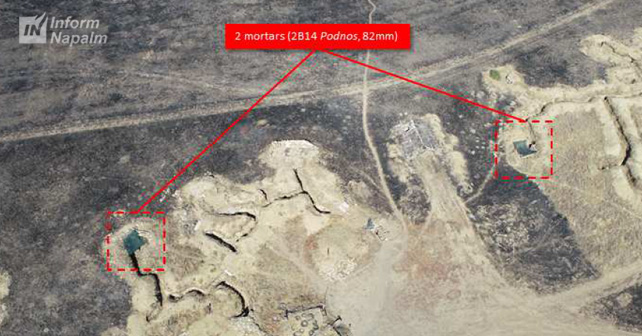 In the second half of October, the OSCE SMM recorded another covert movement of military convoys moving at night time from Russia to the occupied part of Donetsk Oblast. In July-September 2020, a total of 421 weapons were documented by international observers, which were deployed in violation of the withdrawal agreement. 91% of all recorded violations of the withdrawal of heavy weapons were committed by the Russian occupation forces in the Donbas. 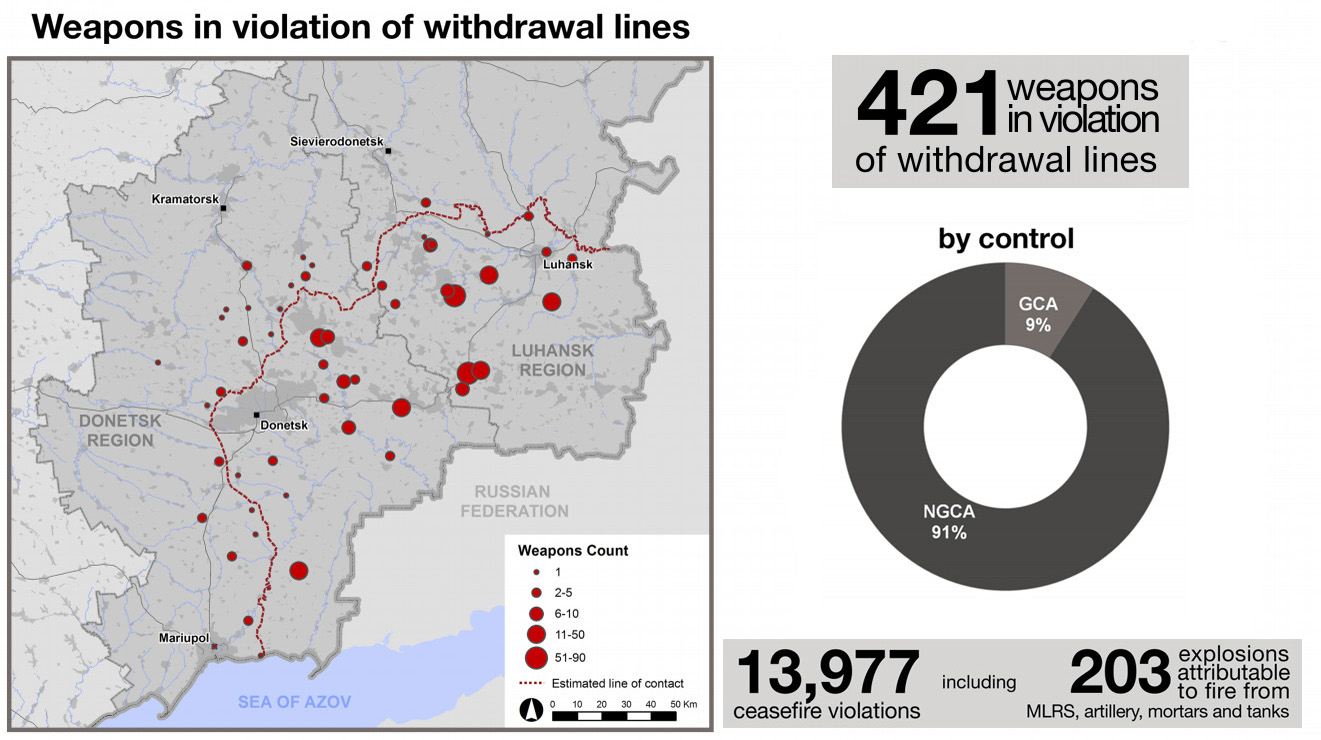 No Responses to “Russian occupiers use banned 82mm mortars in Donbas”