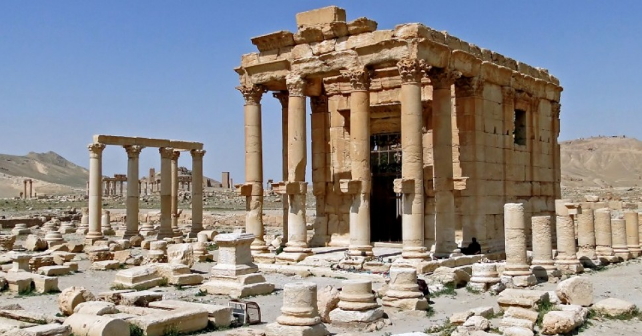 In March 2016, during the first attack on the captured by ISIS Syrian city of Palmyra, the InformNapalm team identified a howitzer unit of the 120th Separate Artillery Brigade (military unit 59361, home base in Yurga), which took an active part in supporting the troops of the Bashar Assad’s regime. After the capture of the city, for its retention and defense, the Russian command transferred there a unit of marines from the 61st Brigade of the Northern Fleet, as well as tankmen from the 7th Separate Tank Brigade.

In December 2016, during the rapid offensive of ISIS militants on Palmyra, Russian servicemen retreated in haste and left their base on the western outskirts of the city. Then the militants seized a large number of weapons and ammunition which were not destroyed by the Russian military. Read more here: Russian gifts for ISIS: what was left behind on the abandoned military base in Palmyra.

On March 2, 2017, the troops of the Assad regime, with the support of the military security services and units of the ground forces of the Russian Federation, once again captured Palmira, and since April, Russian troops have been constantly brought to the city.

A few of days ago, in the course of OSINT monitoring, we identified Vladimir Filipov, a Russian soldier (perhaps the real name is Bystrov, the date of his birth: May 22, 1993, VK profile, photo album), who, contrary to the statements of the Russian military and political leadership, was serving at a roadblock in the vicinity of Palmyra. On June 9, 2017, this serviceman uploaded in his photo album a photo taken against the background of historical ruins. Using geolocation, we set the exact location of the shooting site and checkpoint. 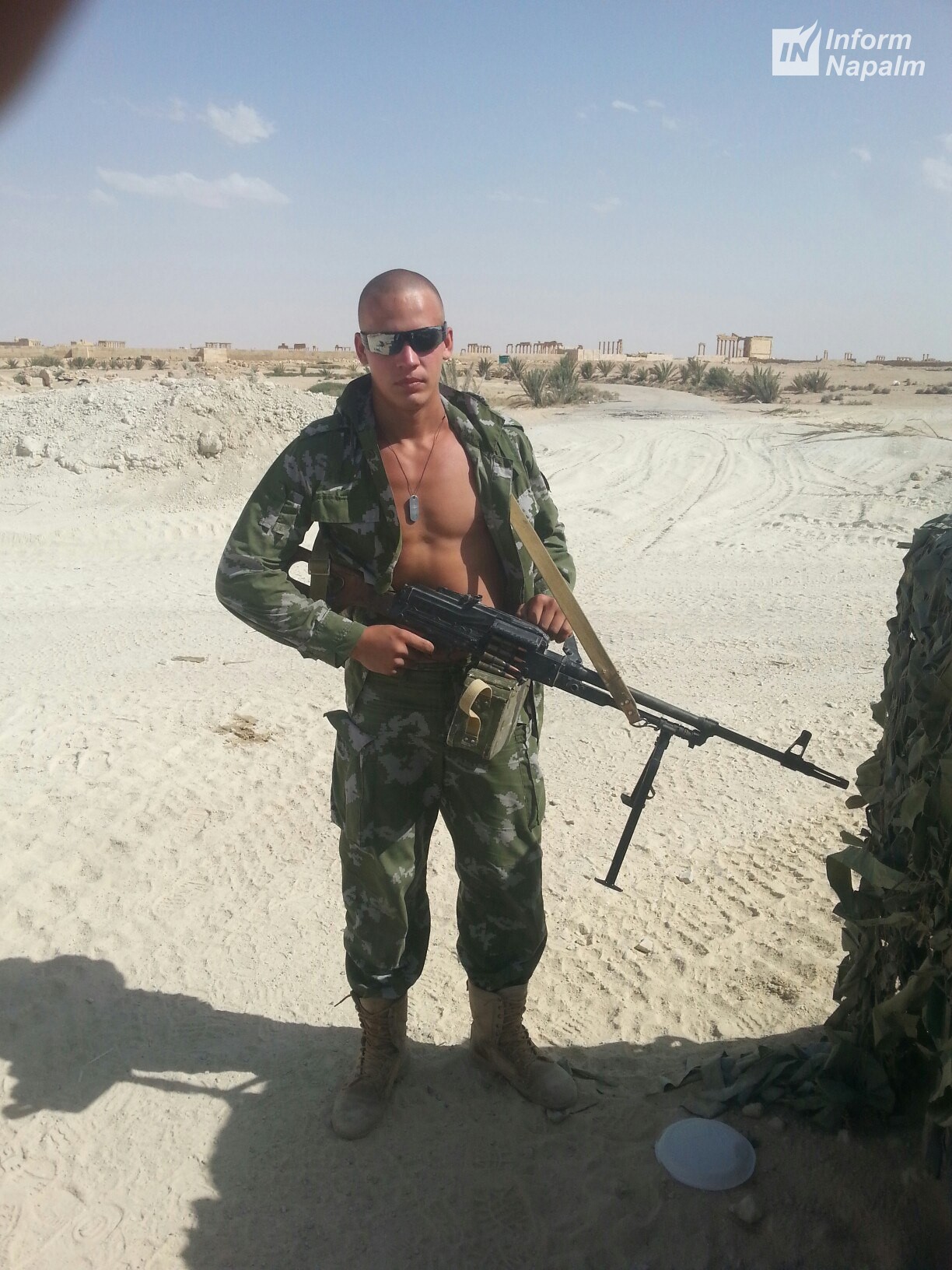 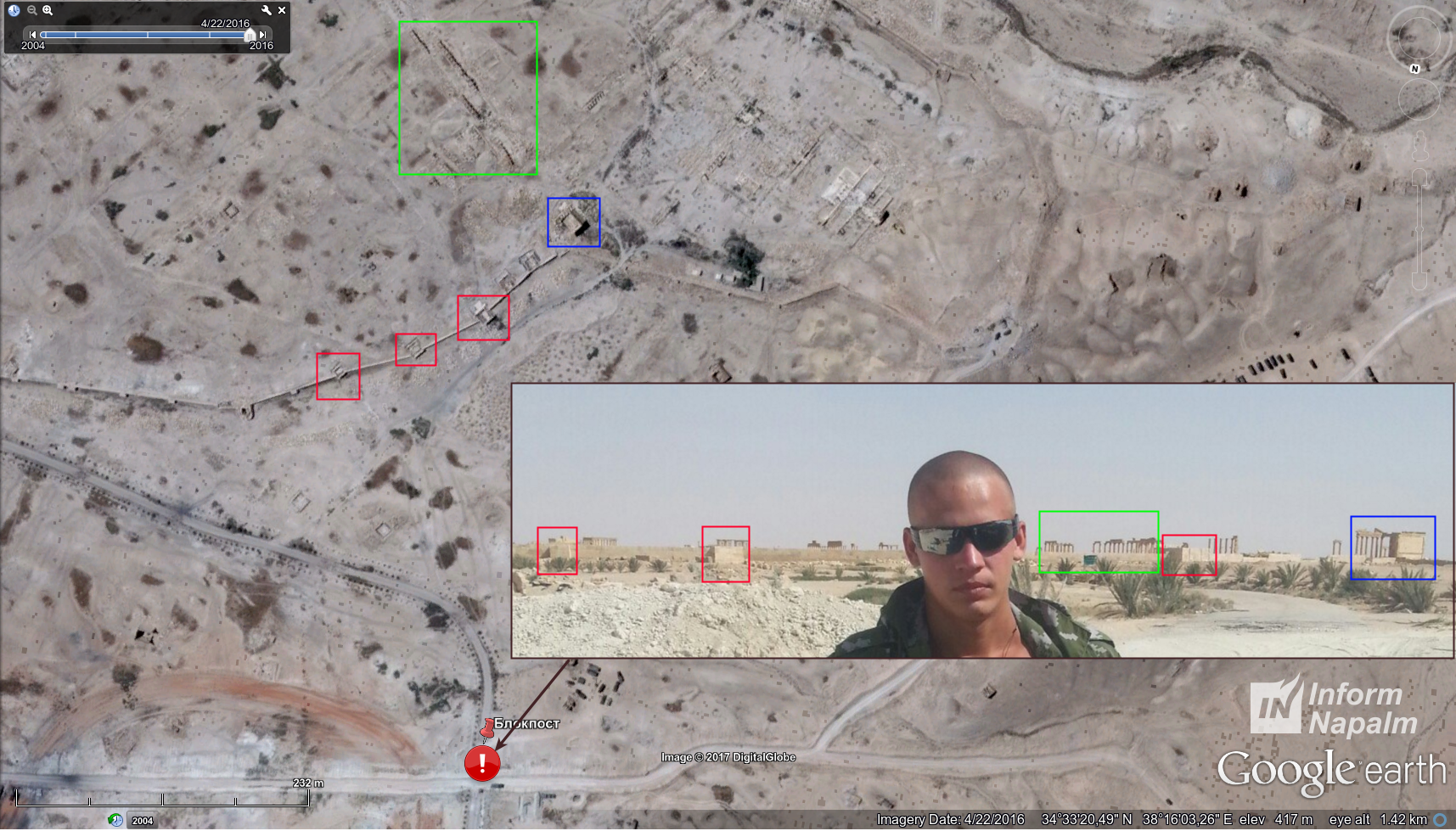 Phillipov is extremely cautious and tries not to publish pictures in which his unit can be identified. In some of his photographs, it is worth noting the soldier’s token and the standard Russian 6Sh111 tactical vest. There is also one photo of him in the military uniform of the old model with the emblem of the ground forces. Also, among Filippov’s friends there are many servicemen from the 155th Separate Marine Brigade and the 291st Artillery Brigade. One of them is a contract servicemen Vladimir Alekseenko who is currently taking part in the fighting in the Donbas. According to information from Phillipov’s account in VK, his hometown is Krasnodar, and Vladivostok is the city of residence. Based on this information, it can be assumed that Filippov is serving in the 155th Separate Marine Brigade (military unit 30926, home base in Vladivostok). 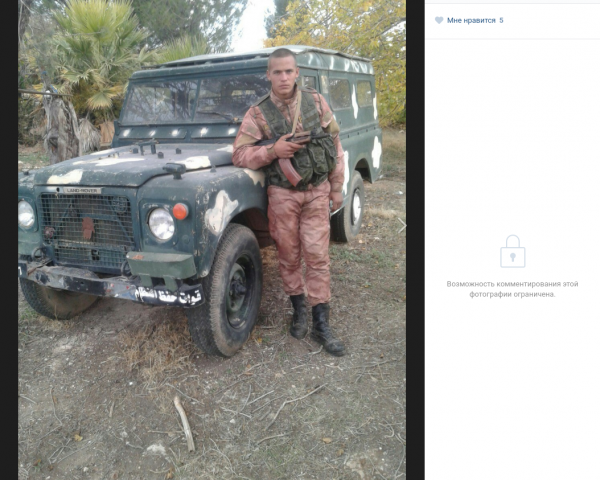 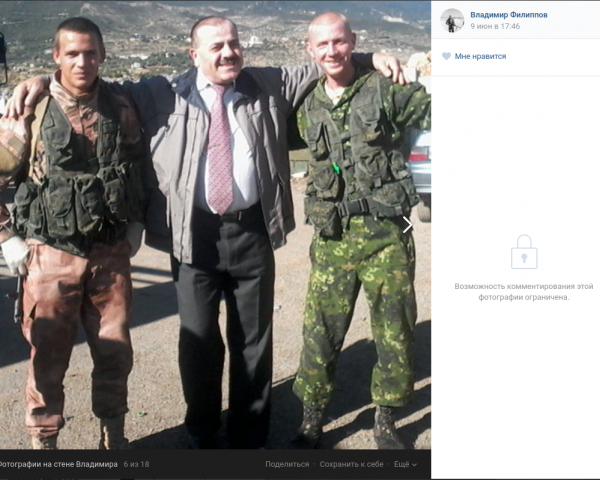 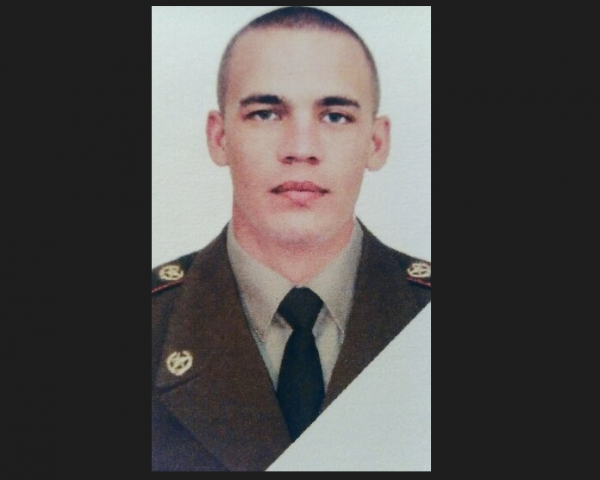 Presumably, in early May, Marines from Vladivostok replaced a unit from Murmansk due to a troop rotation. This information was obtained from Kirill Platonov ‘s photo album (account in VK , photo album), a serviceman of the 61st Separate Marine Brigade (military unit 38643, village of Sputnik). 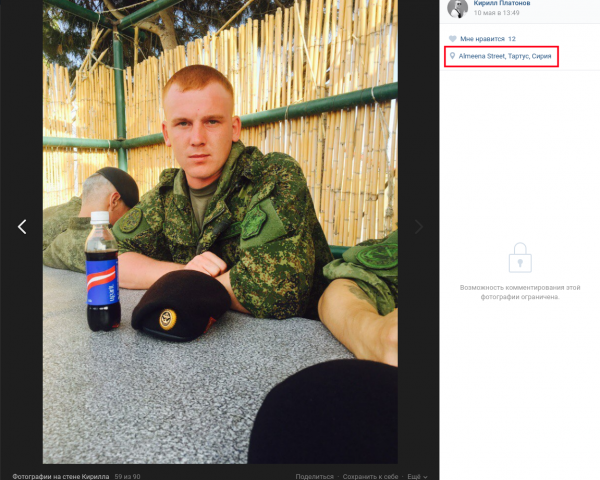 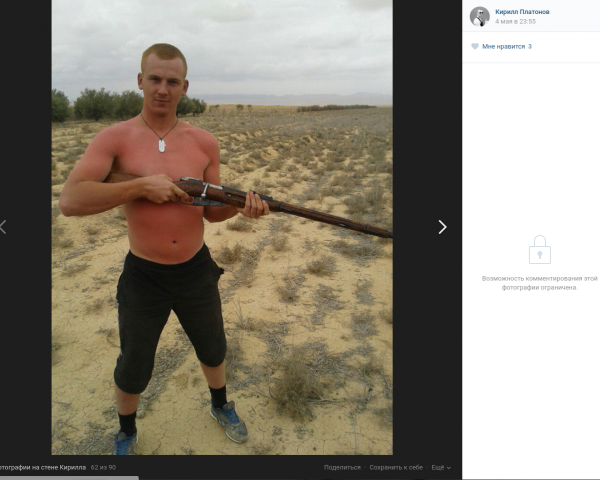 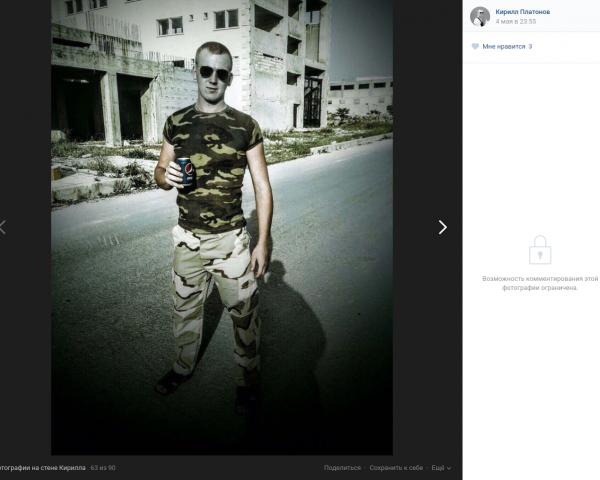 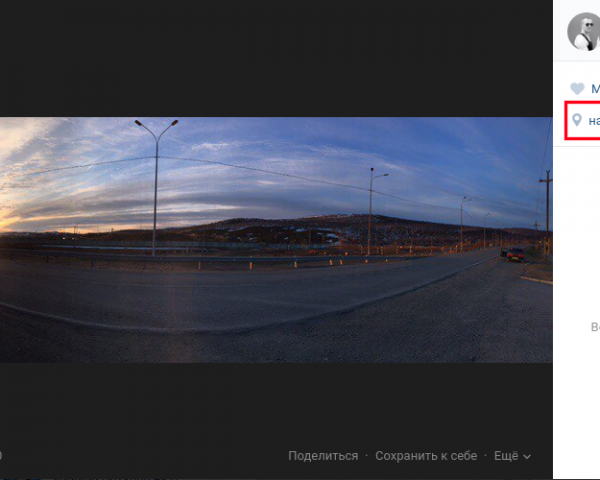 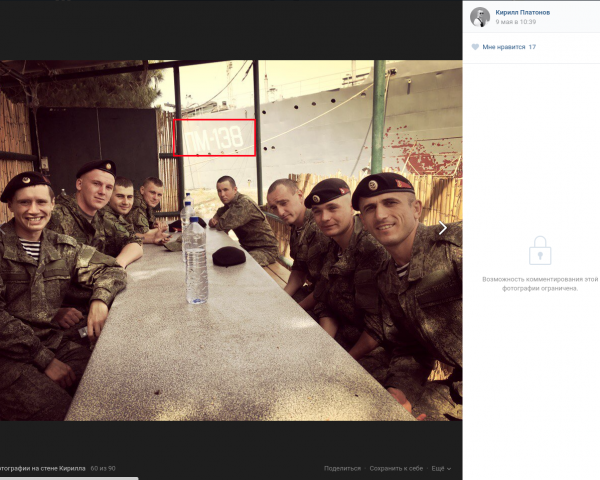 The purpose of this publication is to once again demonstrate the lies of Russian politicians and military leaders, as well as to show how careless Russian servicemen are in Syria. Meanwhile, we are waiting for new reports on a disgraceful flight of Russians – another episode of the series about Russians in Palmyra.

No Responses to “Russian marines in Palmyra. The second attempt”