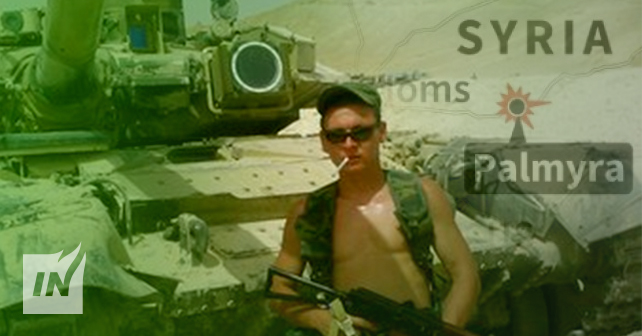 InformNapalm international volunteer community continues to disclose the Russian propaganda lies which state that Russia does not take part in the ground operation in Syria. During studying of the social networks regarding the ‘Syrian question’, our OSINT experts spotted tankmen from the 7th separate armored brigade (Chebarkul, Central Military District) which have been recently transferred to the Middle East.

During the briefing held on May 18, colonel Steve Warren, the press secretary of the US coalition forces fighting with ISIS, considered issues concerning the Russian troops in Syria. Pentagon spokesman colonel Warren said that the statements of the Ministry of Defense of the Russian Federation about the beginning of the withdrawal of the main forces in March 2016 did not correspond to reality. As before, Russia has the advantage in the Syrian sky and continues to conduct ground operations using artillery with the active participation of special operations forces. In addition, a new military base is being constructed in the territory of Palmyra. In the words of colonel Warren, this base looks like a strong point, permanent or temporary. The period of deployment of the Russians, as well as their number in the territory of Palmyra is not known. Responding to the question about the percentage ratio of the Russian air forces’ strikes, colonel Warren said that the ISIS objects were not targets of the majority of attacks during the period of the military operation.

Regarding the military base in Palmyra it should be noted that not only the Pentagon but also the “American School of Oriental Research’s Cultural Heritage Initiative” pays attention to this question. Besides the living modules and a field hospital, we can see there a number of military equipment. The archaeologists are concerned by the movement of equipment in the territory of Palmyra. Vibrations can negatively affect the state of the monuments of the beginning of the first millennium AD. As in most cases, the official representatives of the Russian Defense Ministry deny this fact, noting that this is a temporary camp that will host a field bakery. Satellite maps indicate the opposite. 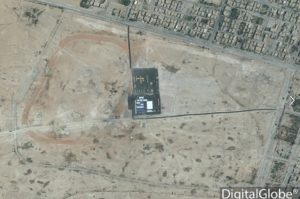 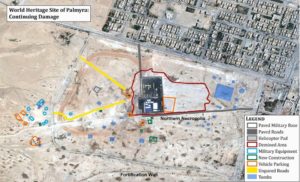 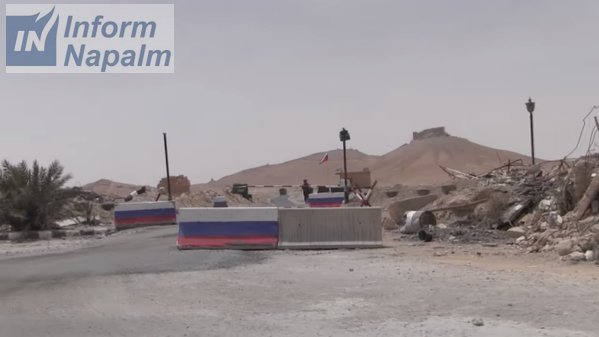 Apart from historical value of Palmyra, the object is unique in that it allows the InformNapalm team to reveal units of the Russian armed forces which take part in the ground operation in Syria. We have already disclosed the facts of the Northern Fleet’s marine brigade’s participation in the ground operation, this publication will tell about the 7th armored brigade from Chebarkul (Central Military District). The presence of the brigade in the Syrian territory was discovered thanks to tankman Rinat Zainulin (archive of the profile, album, contacts). Taking into account the ‘desert’ camouflage seen in the barracks of the military unit, the Chebarkul’s tankmen seem to be deployed there in April of 2016. All the data about the group has not yet been published since it is still being analyzed. 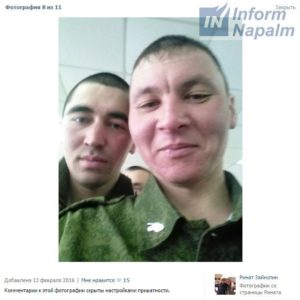 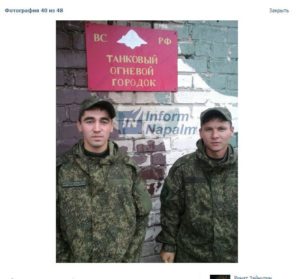 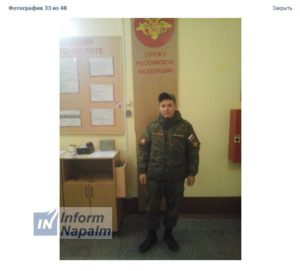 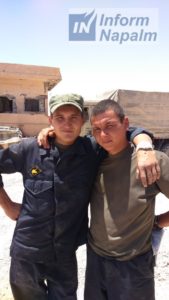 The servicemen of this detachment made a photo in front of T-90 tank which has become a media star in the last few days (1, 2).

One of the photos shows a Syrian army soldier standing in front of a tank with side no. ‘540’. T-90 machine with the same number can be seen in the photo album of the disclosed by InformNapalm tank crewman from Chebarkul. 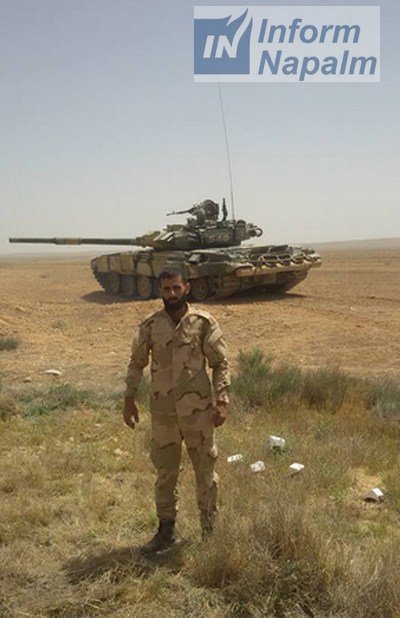 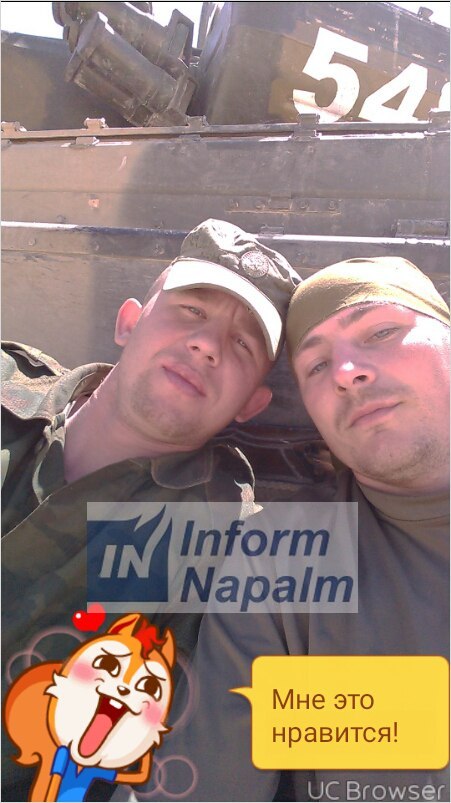 T-90 tanks are not in service of military unit No. 89547 (Chebarkul, Chelyabinsk Oblast, Russia), and photos in Rinat’s brothers-in-arms prove that they mainly operate T-72 models.

The shooting site of the photo was the territory of that ‘field camp’ in Palmyra. Behind one can see the hill with installed jamming or communication devices. 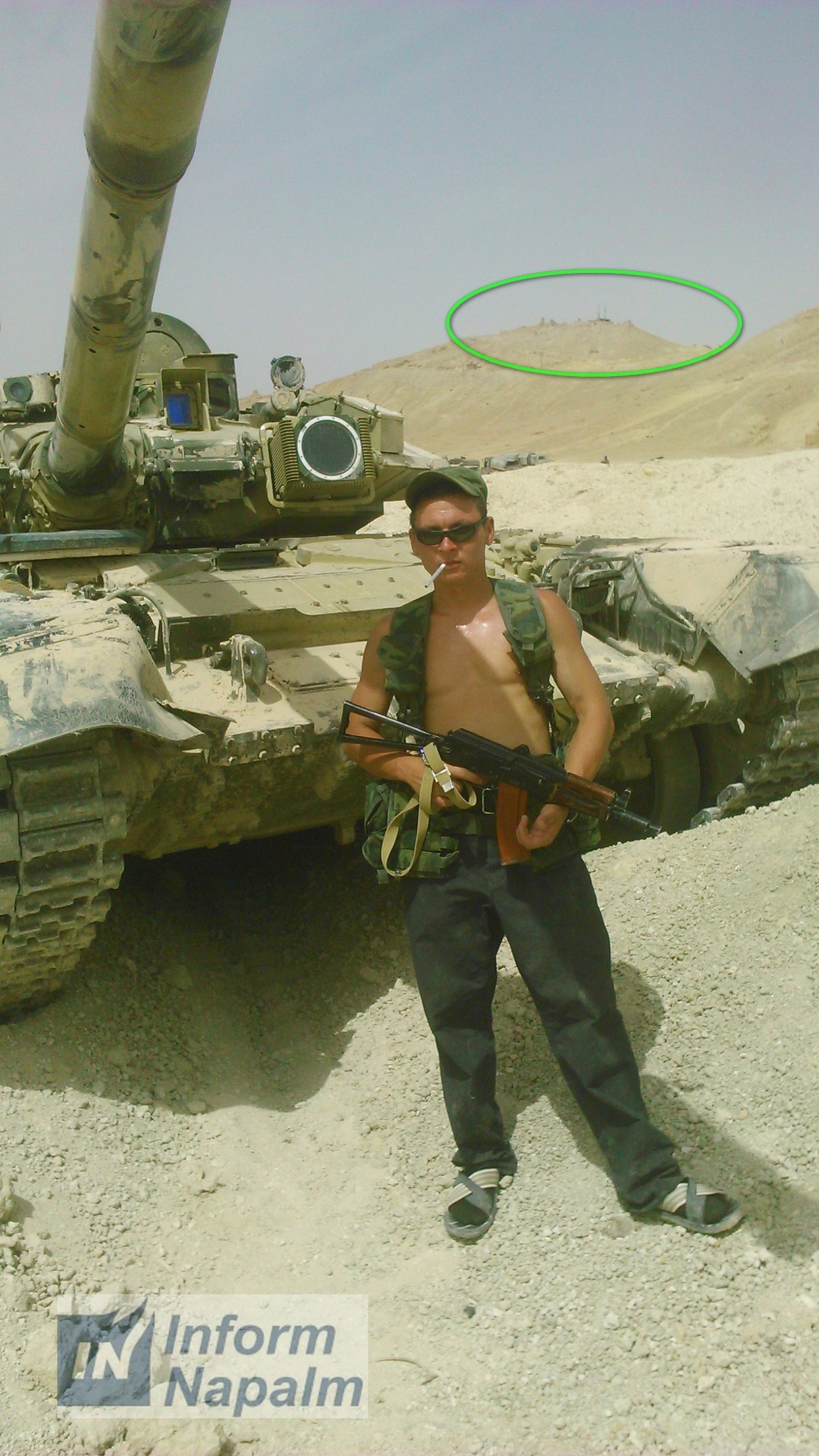 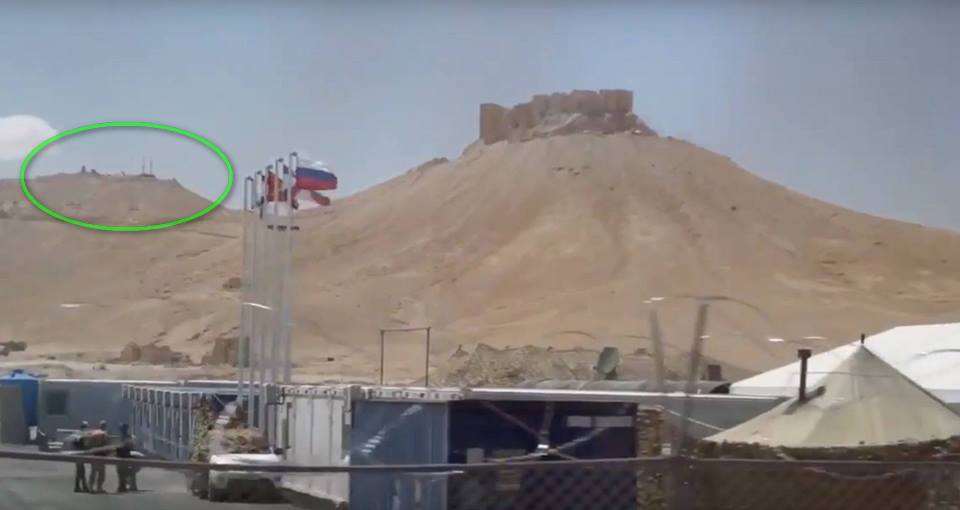 It should be recalled that the ‘Rostov-Ukraine assignment’ of the 7th separate armored brigade from Chebarkul has already been mentioned in our earlier articles. In particular, a tactical task force made of detachments of this brigade was spotted as part of the invasion forces of the Russian army’s ‘Rostov’ group in close proximity to the Ukrainian border (Kamensk raion of Rostov Oblast) in September, 2014. The photos made by the Chebarkul’s contract  soldiers showed armed vehicles with shaded side numbers, the servicemen themselves wore non-statutory uniform, trying to look like ‘separatist-miners’. More information you can find here – The unit of the 7th Tank Brigade, Central Military District, among the invading forces in Eastern Ukraine.

Reference: the 7th separate armored brigade (military unit no. 89547, Chebarkul) was created based on the former 34th motorized rifle division. Its reformation to a tank division started in 2016 as part of a new round of militarization of the Russian Federation. Contingent – 2901. Brigade’s commander – guards colonel Kirill Kulakov.

For now the brigade consists of:

The following equipment is in service:

Despite all the assurances of the Kremlin politicians and commanders of the Russian armed forces that there are no Russian land troops in Syria (with the exception of special forces and advisers), InformNapalm has already identified the personnel of more than 10 military units of the ground forces of the Russian army, which disclosed themselves in this Middle Eastern country:

In total we have documented at least 16 military units, and that’s not counting the aviation component units, logistics, and other units. Many of these units have been repeatedly registered by us in the context of the ‘Rostov-Ukraine assignments’. At this point we knowingly do not share all of the data on structure the Russian group in Syria, as the information is still under study. After analysis of the information, we will present new data that enrich the list of the ground component of the Russian forces in Syria.

InformNapalm tries to tell the world community the truth and show the true face of the ‘Russian world’. If the West continues playing a waiting game, perhaps we will witness other (i.e. European) assignments of the Russian forces.

We should like to remind that the database of InformNapalm investigations proving participation more than 70 military units of the Russian Armed Forces in the fighting in Ukraine is available at: http://bit.ly/RussianPresenceEN. We call on our readers to actively share our publications on social networks.

(CC BY) The material has been prepared specially for InformNapalm, an active link to the the original article is required for any further use or reproduction.

We urge our readers to share our publications in social networks. Making the investigation materials public may turn the tide of the battle and information confrontation.

You can also support the site and make a donation for the development of the project at Crowdfunding. All proceeds will go exclusively into the technical support of InformNapalm.org website.