From Donbas to Syria: Commander of the 61st Brigade of Russian Northern Fleet drove into a land mine. 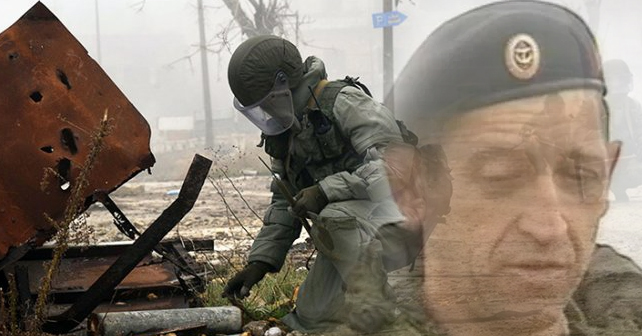 Russian senior officers continue to die during fighting in Syria with amazing regularity. Recently, on September 24, it was made public, that the commander of the 5th Russian Combined Arms Army, Lieutenant-General Valery Asapov and two Russian colonels were killed in Syria, near Deir ez-Zor. On October 1, 2017, Russian news media reported that the commander of the 61st Marine Brigade of the Russian Northern Fleet, Colonel Valery Fedyanin, had died in the main military hospital of the Russian Ministry of Defense. The Russian Defense Ministry announced that he was wounded during a land mine explosion in Syria on September 22, 2017, allegedly during the delivery of “humanitarian aid”. We can only guess what kind of “humanitarian cargo” was delivered and escorted by servicemen from the 61st Marine Brigade in Syria. 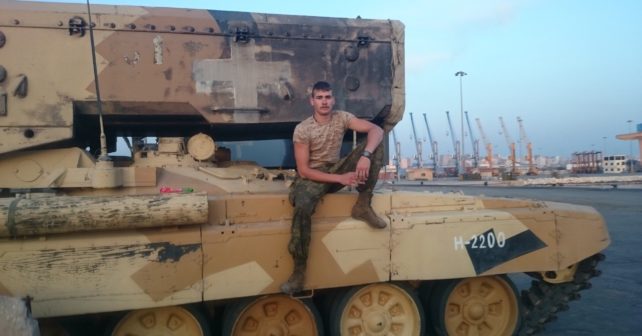 Earlier, the investigation of InformNapalm volunteer intelligence community presented evidence that Valentin Shamanin, a serviceman from the 61 Marine Brigade, escorted Russian heavy flame-throwing systems TOS-1A Solntsepyok for their loading in the Syrian port Tartus to return to Russia after Syrian deployment. 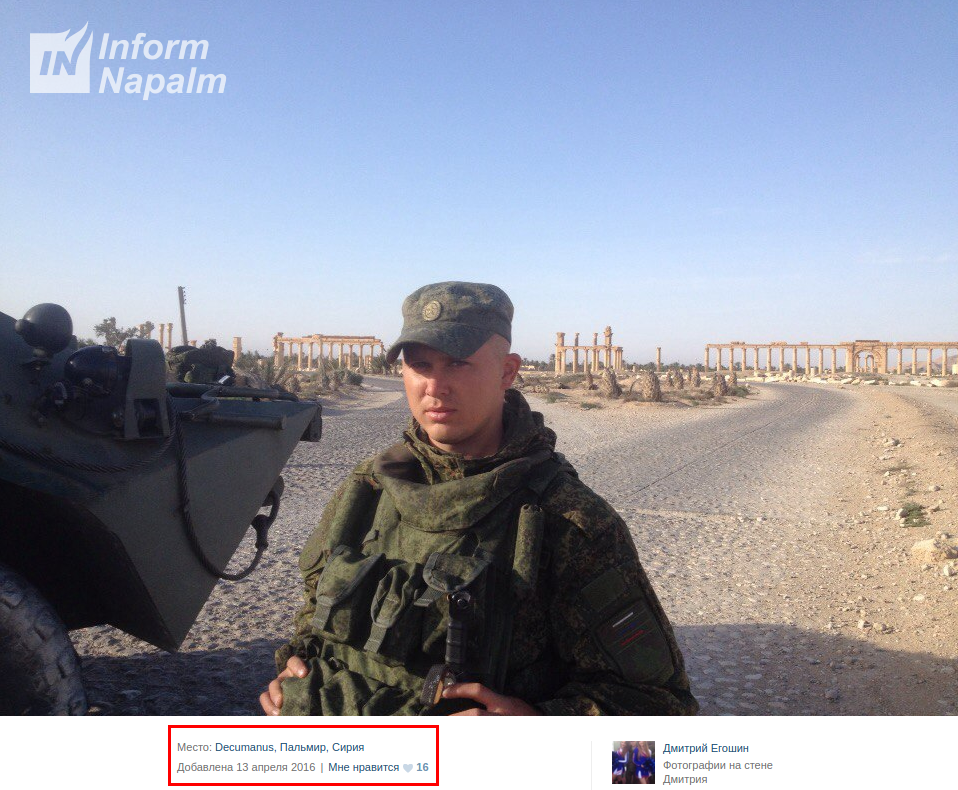 Also, in the course of OSINT investigations, it has been established, that a unit of the 61st Marine Brigade performed monitoring of the Syrian city of Palmyra. Photo evidence of the active ground component of the Russian military operation in Syria were obtained thanks to Dmitry Yegoshin, a serviceman from this brigade. The assault on Palmyra itself was carried out by other Russian units, particularly from the 120th Artillery Brigade, the 41st Combined Arms Army of the Central Military District, the Russian Special Operations Forces units and many others. 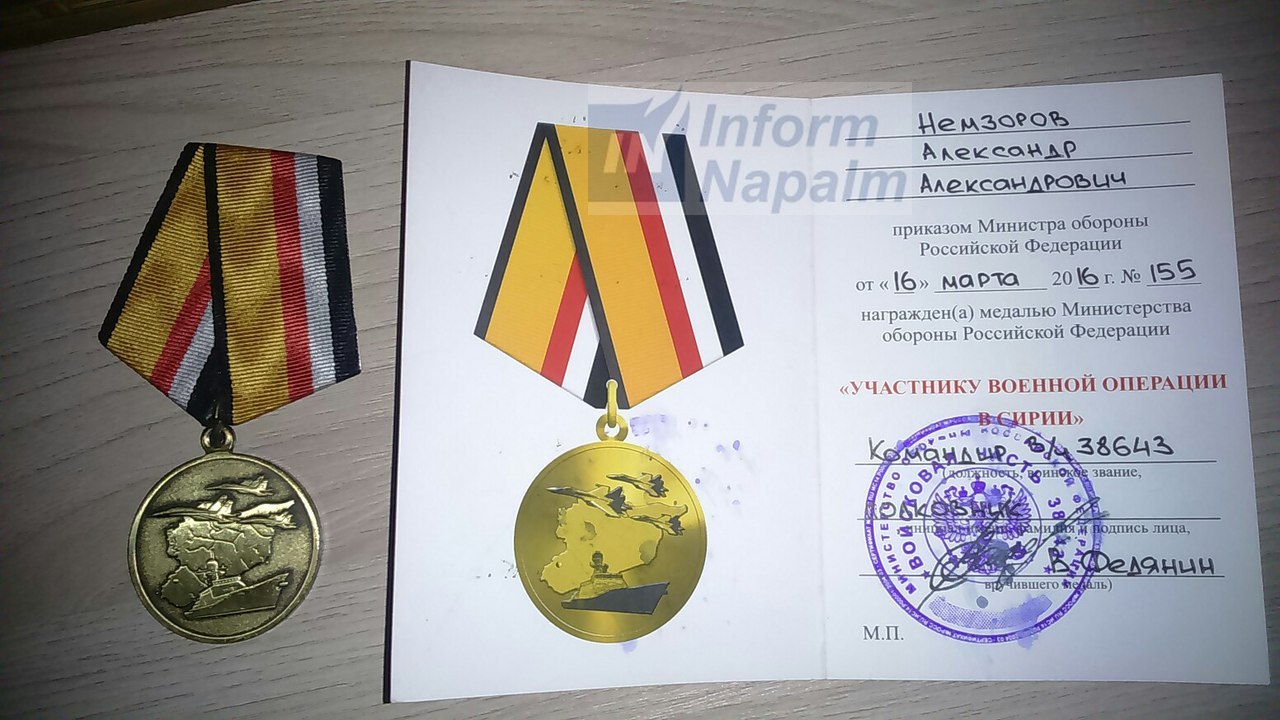 You could see signatures of Colonel Fedyanin, commander of the 61st Marine Brigade, on the photos of certificates of medals “Participant of the military operation in Syria”, which were found during monitoring of the social media accounts of Russian contract soldiers.

As for now, InformNapalm community collected evidence of participation of 19 Russian military units in the Syrian operation:

The majority of them, including the 61st Marine Brigade, participated in the war against Ukraine in the Donbas. It is difficult to hide the death of senior Russian officers, therefore, almost every week we learn the names of colonels and generals killed in Syria. But the Russian Ministry of Defense prefers to hide the losses of regular contract soldiers in Syria and the Donbas. 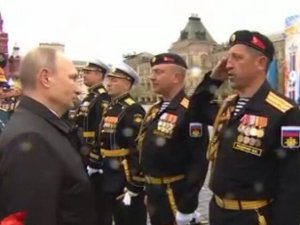 It is interesting, that Colonel Fedyanin commanded a Marines formation during the Victory Parade on May 9, 2017 on Red Square in Moscow. A video, showing the Marines brigade commander reports to Russian President Vladimir Putin, was posted in social networks.

It is known, that the funeral of Colonel Fedyanin was held at the Federal Military Memorial Cemetery in Mytishchi on October 3, 2017.

According to Syrian bloggers, the recent losses of the Russian military under Deir ez-Zor are dozens of soldiers and officers. A question for Russian Ministry of Defense: Why are Russian losses in Syria kept in secret?

This publication was prepared by Andrey Lysytskiy specially for InformNapalm.

Feel free to repost and share this information with friends.

and get up-to-date releases.

One Response to “From Donbas to Syria: Commander of the 61st Brigade of Russian Northern Fleet drove into a land mine.”