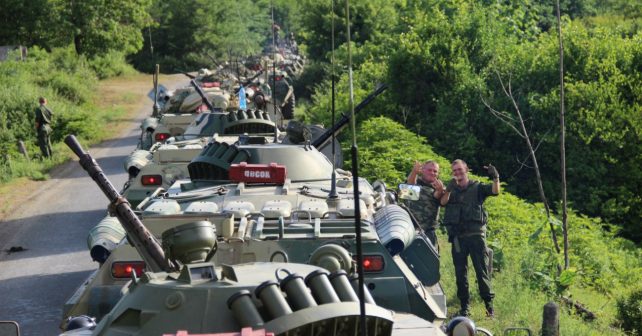 Russian occupants in Abkhazia expand a military training range near the village of Tsebelda grabbing lands of a cemetery and a church.

Some InformNapam readers might wonder why so many of our publications are dedicated to the 7th Russian Military Base stationed in Gudauta, occupied Abkhazia, Georgia (featured in more than 25 episodes, search by #military unit 09332). The answer is more than obvious: this military unit is twice the occupant and brings deprivation, grief and death to the two nations – Georgia and Ukraine. Firstly, the 7th Military Base is stationed in the occupied territory of the sovereign state of Georgia. Second, the forces and assets of the 7th Military Base, more often than those of other Russian army units, are spotted on “Rostov-Ukraine missions”.

According to media reports (1, 2, 3), Russian occupants in Abkhazia have been expanding their military training range by grabbing land of a church and a cemetery. On January 9, 2017 it became known that on the outskirts of Tsebelda village the church and the adjacent cemetery were destroyed. The cemetery was arranged by the Poles, who once lived in the village. On the outskirts of the village, they buried their dead, and there, in the end of XIX century, they built a church in which they held funeral services over the dead. The church was a ruin with preserved foundations and fragments of walls, with a partially survived church fence.

Note: the 7th Military Base of the Russian occupation forces is the successor of the well-known 131st Maikop Brigade of the Russian Army defeated which was by the Chechen rebels on New Year’s day, December 31, 1994. 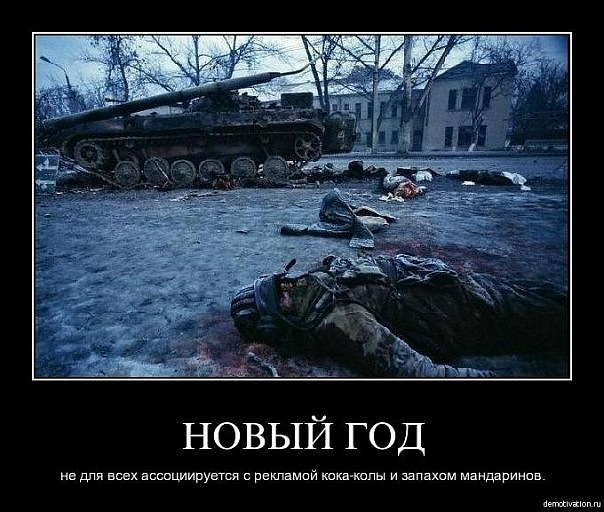 Caption: NEW YEAR Not all associate it with Coke adds and the scent of tangerines

The same fate awaits also the 7th Military Base of the Russian occupation forces. At least in the media space. We have already exposed and dishonored it.

Against this background, the negotiations in Minsk of the Georgian Ministry of Energy with Gazprom look absolutely unacceptable.

This publication was prepared by Irakli Komaxidze,  translated  by InformNapalm English