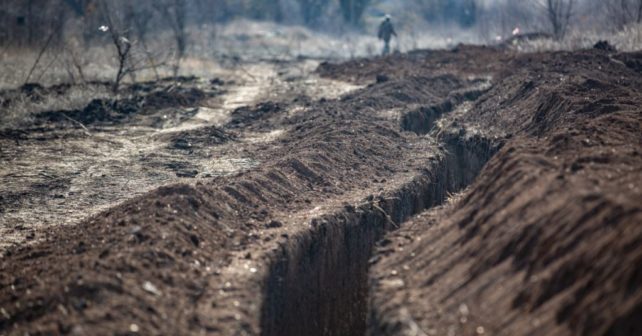 As informed by the Ukrainian Joint Forces’ Operation Headquarters, one Ukrainian soldier was killed during a shelling on the Palm Sunday, and one other received a combat-related injury.

Says the Headquarters: “Even though it was a great Christian holiday, the Palm Sunday, the enemy opened fire with hand-carried anti-tank grenade launchers on the positions of the Joint Forces units in Luhansk Oblast. With a great sorrow, we have to inform that Ukraine has lost yet another one of her valiant defenders as a result of this shelling, and one other defender was injured.”

The terrorist organization known as the Luhansk People’s Republic did not release any information about the combat activities of April 12.

The armed conflict in Donbas region of Eastern Ukraine has been lingering since the Russian annexation of Crimea in 2014. Both Ukraine and the West accuse Russia of armed support of the [anti-Ukrainian] militants. The Kremlin denies these accusations and claims that if any Russians take part in the combat missions in the Donbas, these are just “volunteers.”