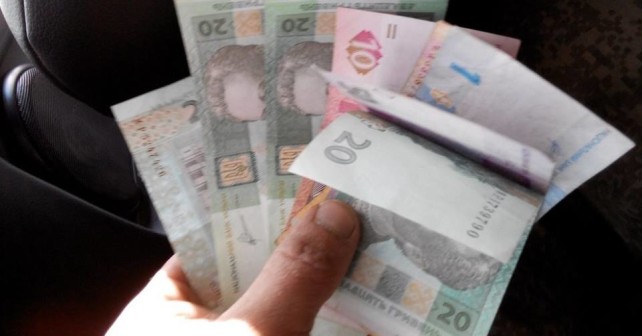 The soldiers and officers of the 15th separate motorized rifle brigade of the Russian Peacekeeping Forces (military unit No. 90600, village of Roshchinsky, Samara, Russia) got Ukrainian hryvnas. It is hardly surprising since these ‘peacekeepers’ are in Ukraine already and they need to establish financial relations with the locals.

This is Valery Zhukov: 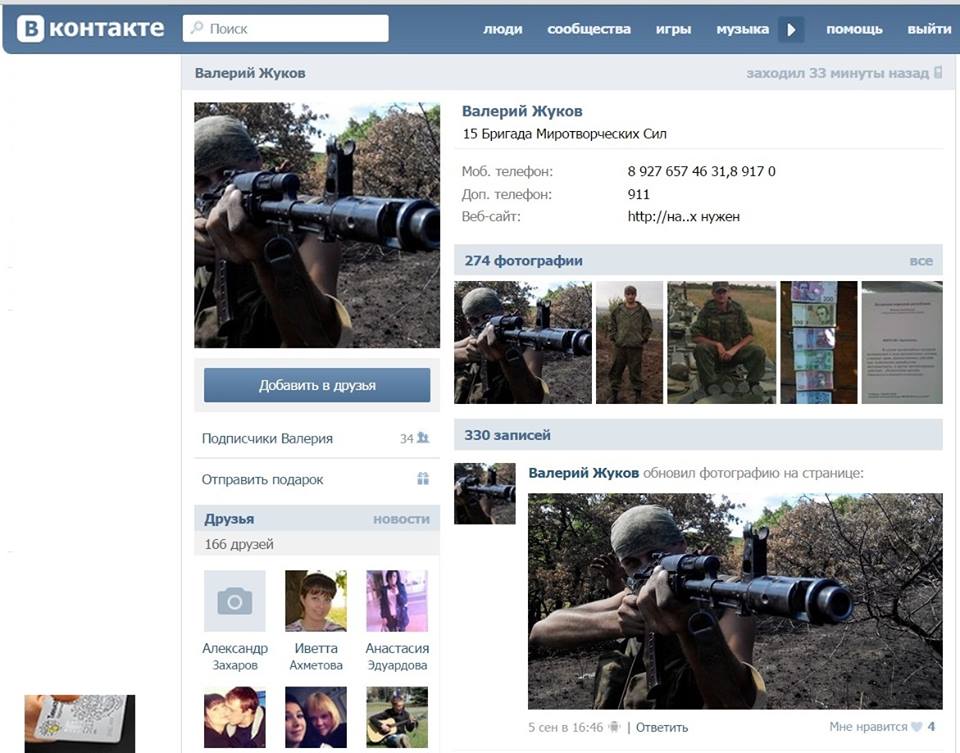 Here he sets a trip wire mine on the ground, which seems to be burned by a MLRS BM-21 ‘Grad’. 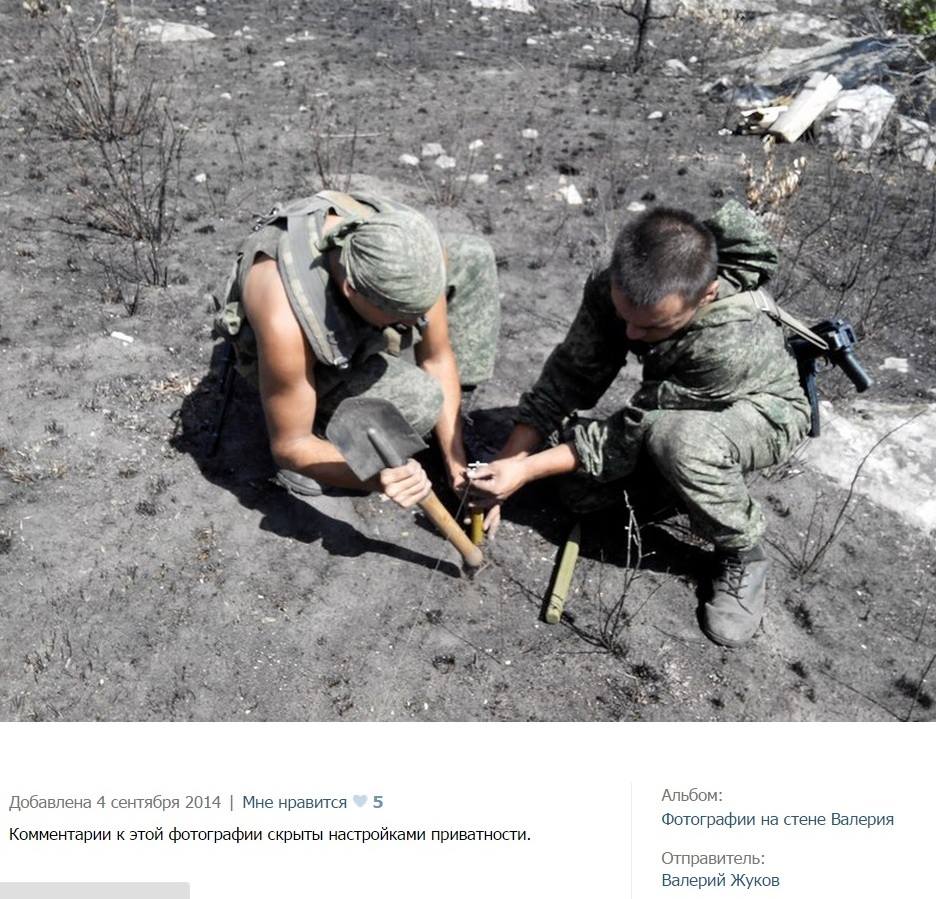 Here he studies the denomination of the Ukrainian banknotes on September, 4, 2014: 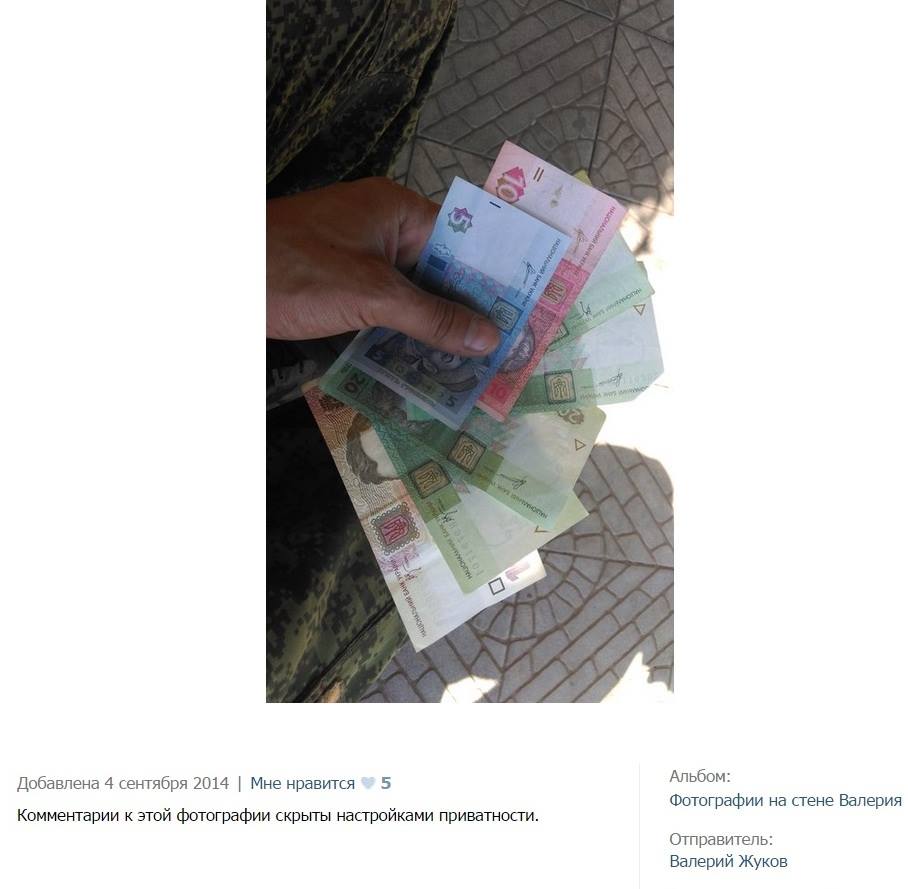 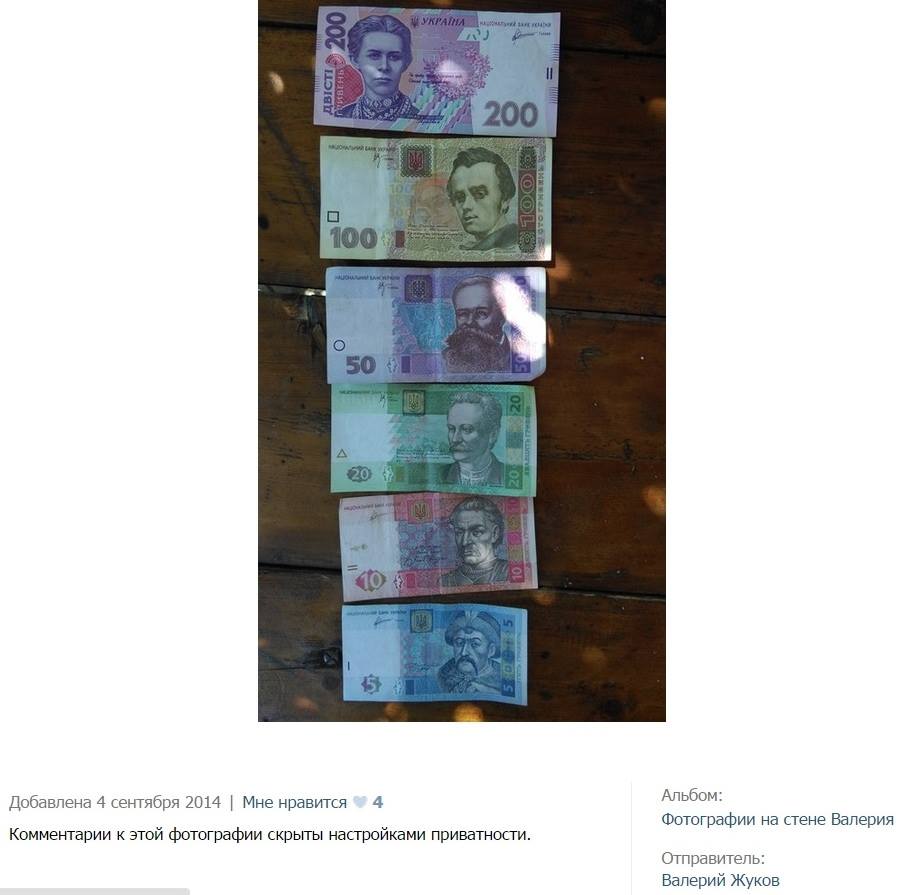 He also takes a picture of a Krasnodon ‘military command’ announcement (pretty illiterate): 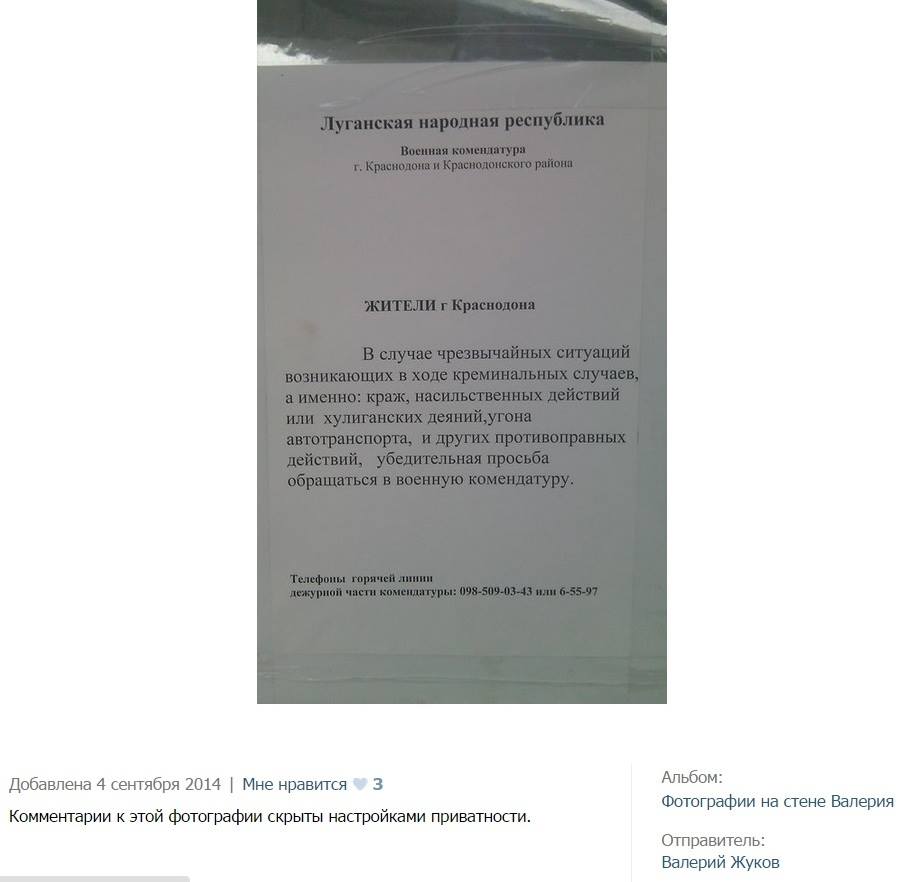 And this is Ruslan Hairetdinov from Ufa, Republic of Bashkortostan, Russia. 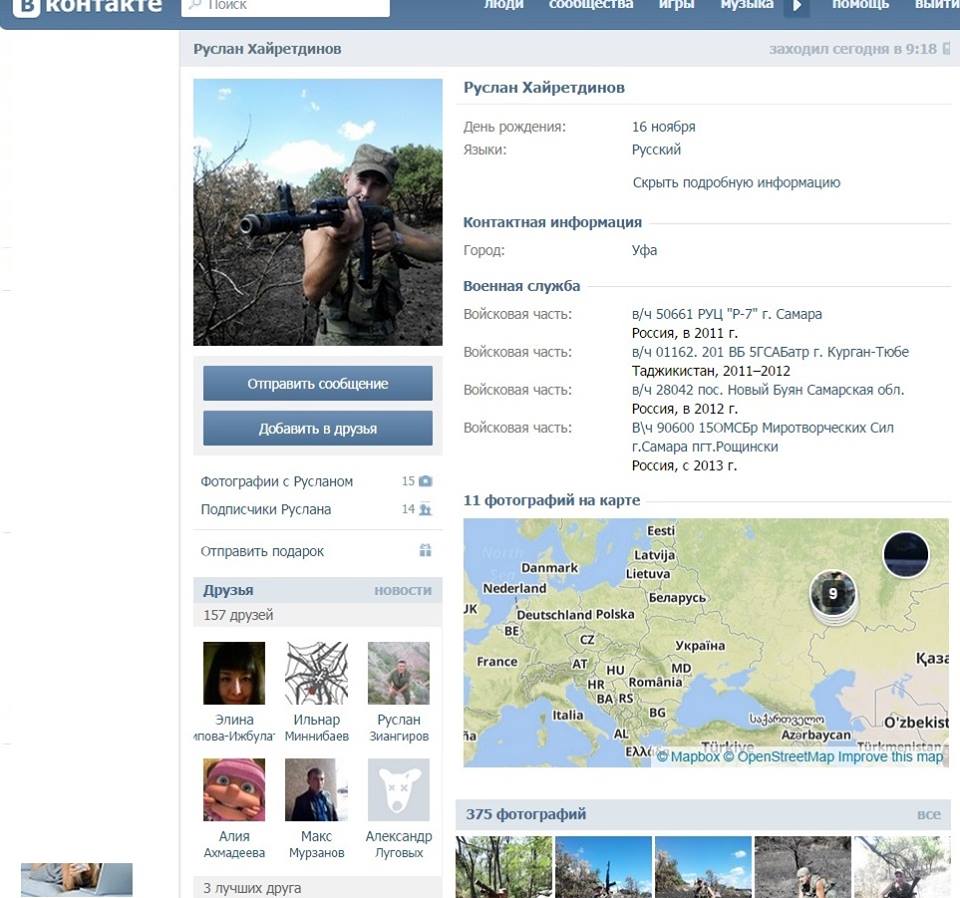 He came to save Orthodox Christianity and Slavic people as a serviceman of 15th brigade. He visits Europe for the first time and is not used to it yet. This seems to be the reason why he sets the trip wire mines all over the place. 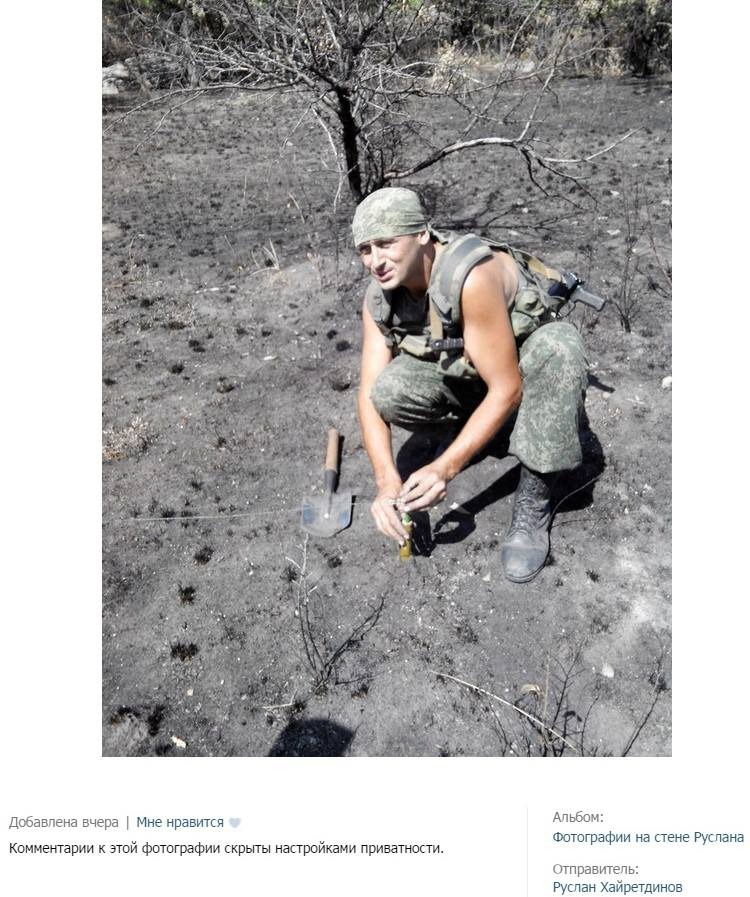 He also got some hryvnas: 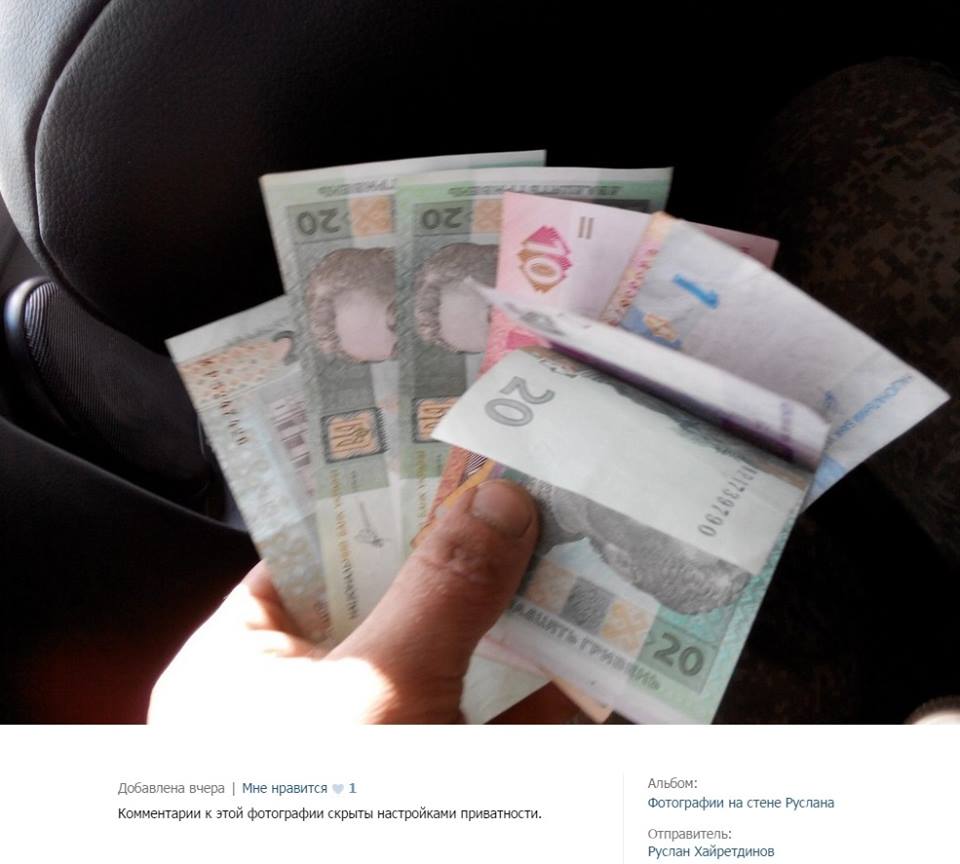 And to leave no doubts that he is in Ukraine, Ruslan decided to take a picture with the Ukrainian border sign: 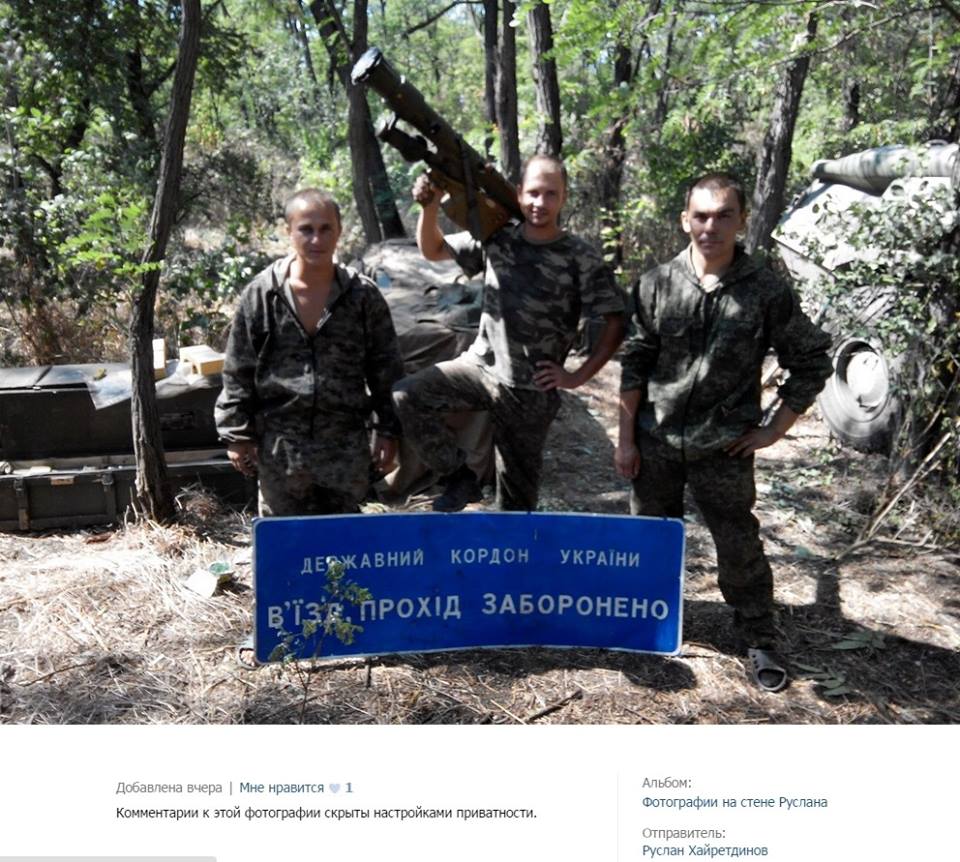 Ruslan started to study the Ukrainian language and think of death. Possibly he has a hunch that something is wrong: 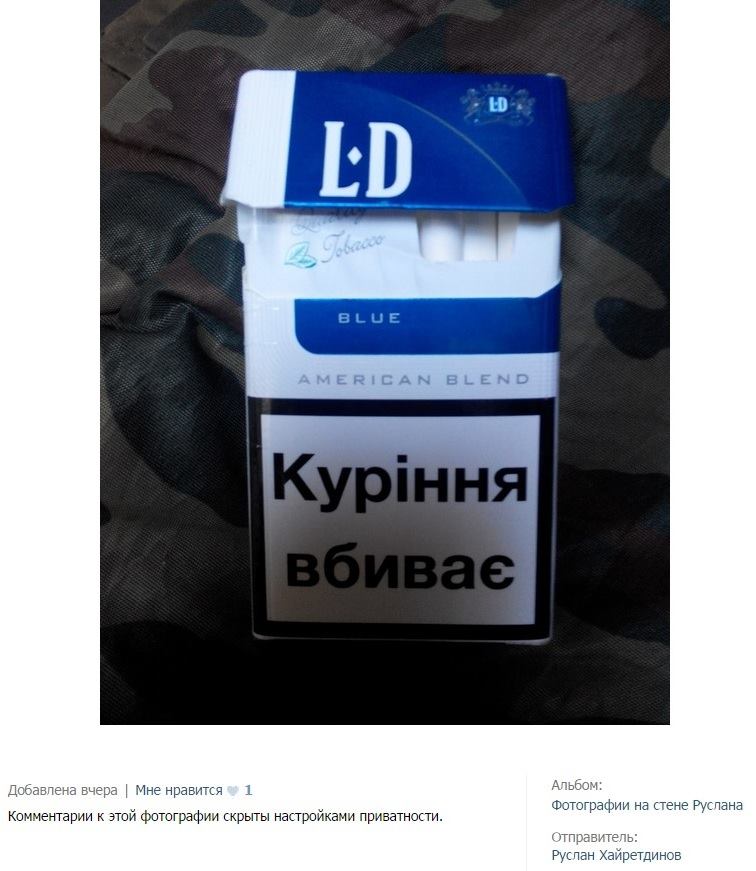 Whatever they say, they do know that they are not on a training site in Rostov. These bitches do know and understand everything!