Non-combat losses: the Russian occupier, unmasked in 2015, got what he deserved 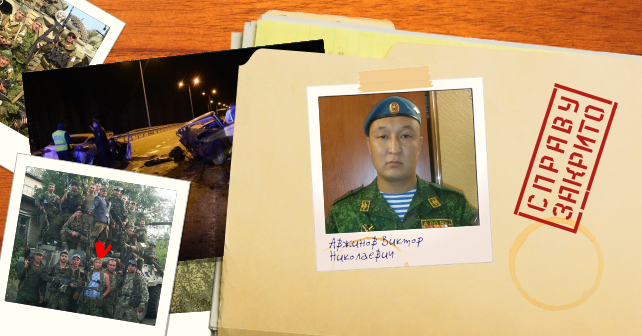 Retribution: a Russian soldier, a veteran of the Ukrainian deployment in 2014, who was identified in 2015, died in a random traffic accident.

In was repeatedly noted in InformNapalm publications that karma would sooner or later get back at Russian war criminals who participated in undeclared and vicious wars. So, in November 2014 in one of our publications Russian invaders from the 15th so-called peacekeeping brigade, fought in the Donbas, had been revealed, and some time later we found out about the “peacekeepers” combat losses. The same fate befell one of the subjects of the investigation published in 2015 that unmasked Russian soldiers from the 18th Motorized Infantry Brigade of the Southern Military District who fought in the Donbas in summer-fall 2014. Although the death of the hero of our publication does not pertain to combat losses, there is a certain symbolism in it.

Starting May 1, 2017, messages in memory of Victor Avzhinov (who was in one of the early InformNapalm investigations) began to appear in social networks. The mourners are his colleagues (1, 2, 3), friends and relatives. (4, 5, 6, 7, 8). There are not many comments on the Avzhinov’s death, but, according to one of them, the cause of his death was a traffic accident on April 30, 2017 in his native Khanty-Mansiysk. 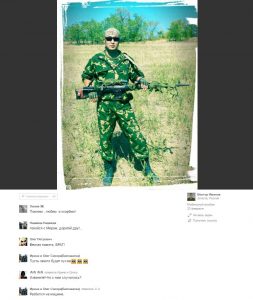 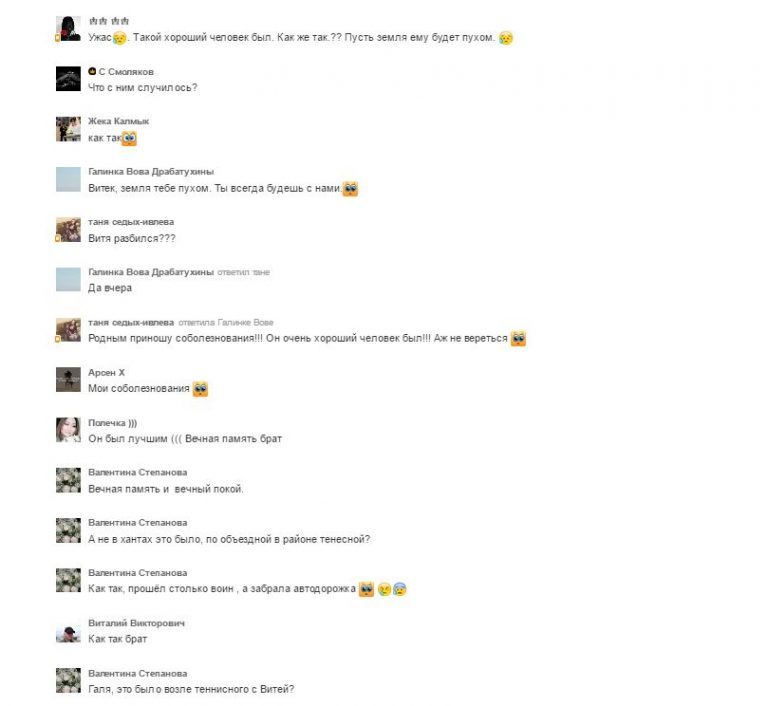 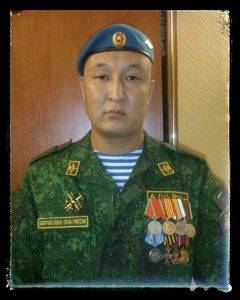 Viktor Nikolaevich Avzhinov was sniper-scout, participant of fighting in the Donbas in 2014. He was awarded state and departmental awards, including the Medal of Suvorov #40978 (Decree of the President of the Russian Federation dated November 24, 2014), for the participation in the war in the Donbas. We remind you that the pictures of scouts from the 18th Separate Motorized Infantry Brigade in the guise of the militants of the so called Novorossiya in the earlier Avzhinov’s photo galleries helped us to conduct a detailed investigation. In particular, we were able to identify a group of Russian soldiers from this brigade (military unit 27777, Chechnya, Khankala and Kalinovskaya, the 58th Army of the Southern Military District; reshaped into a motorized rifle regiment in the new 42nd Motorized Infantry Division), who passed through the Ukrainian deployment in 2014. For more details, see the article ‘Putin’s Eleven’ — Selfie Soldiers of 18th Russian Motorized Rifles Brigade in Donbas.

It is not surprising that after our unveiling publication in 2015 the Avzhinov’s account was removed from social networks (archive). Although soon he opened new accounts under false names: in VK as Okhotnik Vezdesushchiy (Hunter Ubiquitous, archive of the account, album, contacts) and in OK as Viktor Ivanov (archive of the account, album, contacts). Among the friends and subscribers in these accounts there are many of the Russian military, spotted in Syria and in the Donbas, including the Avzhinov’s coworkers from the 18th Brigade. There are couple of his inactive online accounts abandoned in 2009 and 2014 respectively. 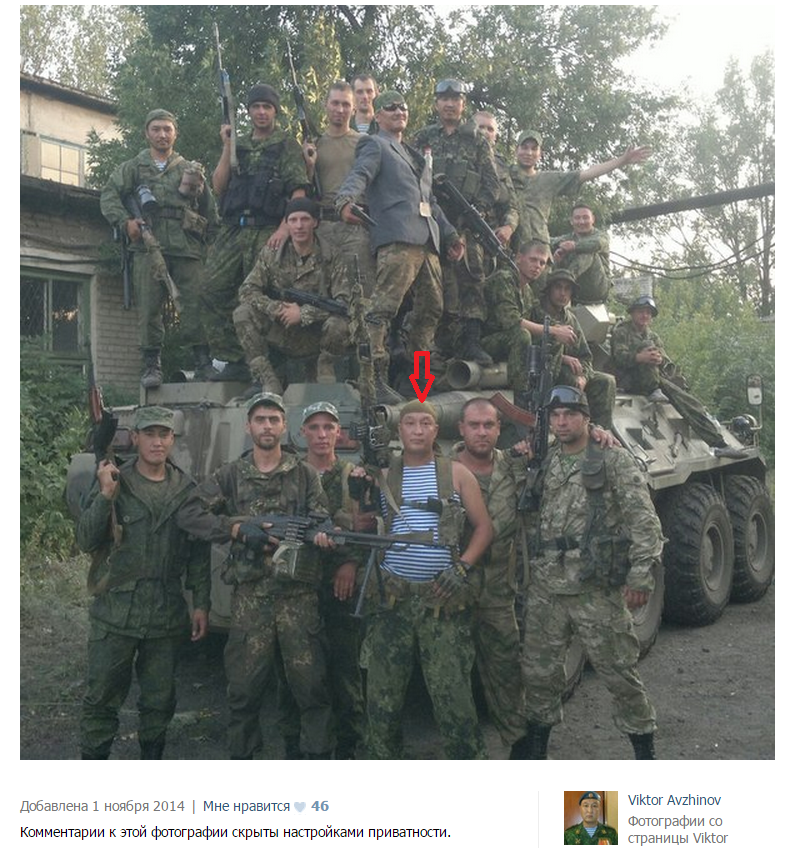 According to the news reports from Khanty-Mansiysk from May 1, 2017: 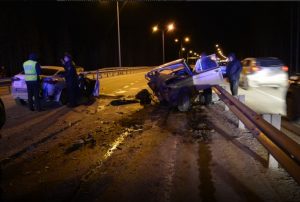 On April 30, in the capital of Ugra, at about 11 pm, VAZ-2106 (Zhiguli) and Kia Serato collided on the Bypass road. The driver of the Zhiguli, born in 1983, was driving from Kalinina Street towards Engels Street against traffic – on a section with the separation of the oncoming traffic flow. As a result of the collision the culprit of the incident died at the scene. Two people in the Kia were injured.”

Although the Russian media did not name the deceased in the road accident, these data – age, place and date of death – correspond to the flow of the mourning and memorial posts in the memory of Avzhinov.

P.S. On the topic of the “11 friends of Putin” investigation, volunteers of our community made a video that gathered more than 70,000 views which was accompanied by Frederic Chopin’s Funeral March. Interestingly, the music begins at 0:24 – at the very beginning of analyzing the subjects of the investigation, the first of which was Victor Avzhinov. What a coincidence!

An experienced servicemen and veteran of the Russian Armed Forces Avzhinov, a participant of many combat missions was punished. This can also happen to others. The moral of this story is more than simple: messieurs-invaders, good luck!

This publication was prepared on the basis of the own OSINT investigation of InformNapalm volunteer intelligence community. Irakli Komakhidze and Al Gri. Title illustration Lukyan Turetsky.

No Responses to “Non-combat losses: the Russian occupier, unmasked in 2015, got what he deserved”