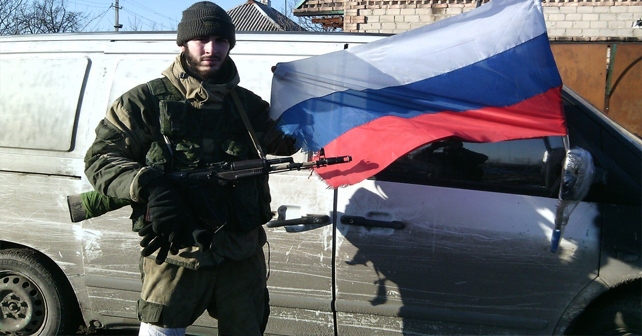 A Russian serviceman from the 104th Separate Logistics Brigade (military unit 11387, Chita, Russia), who took part in battles for Vuhlehirsk and Debaltseve, has been identified. 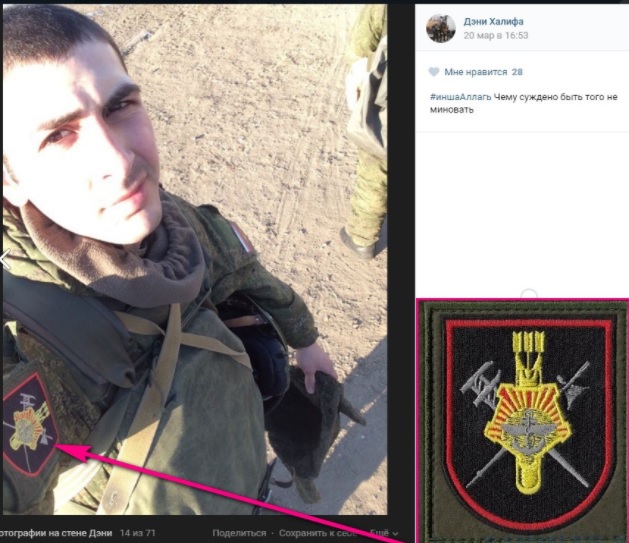 This selfie and many other photos were posted in albums of the serviceman wearing a shoulder sleeve insignia of the 104th Separate Logistics Brigade of the Russian Armed Forces. 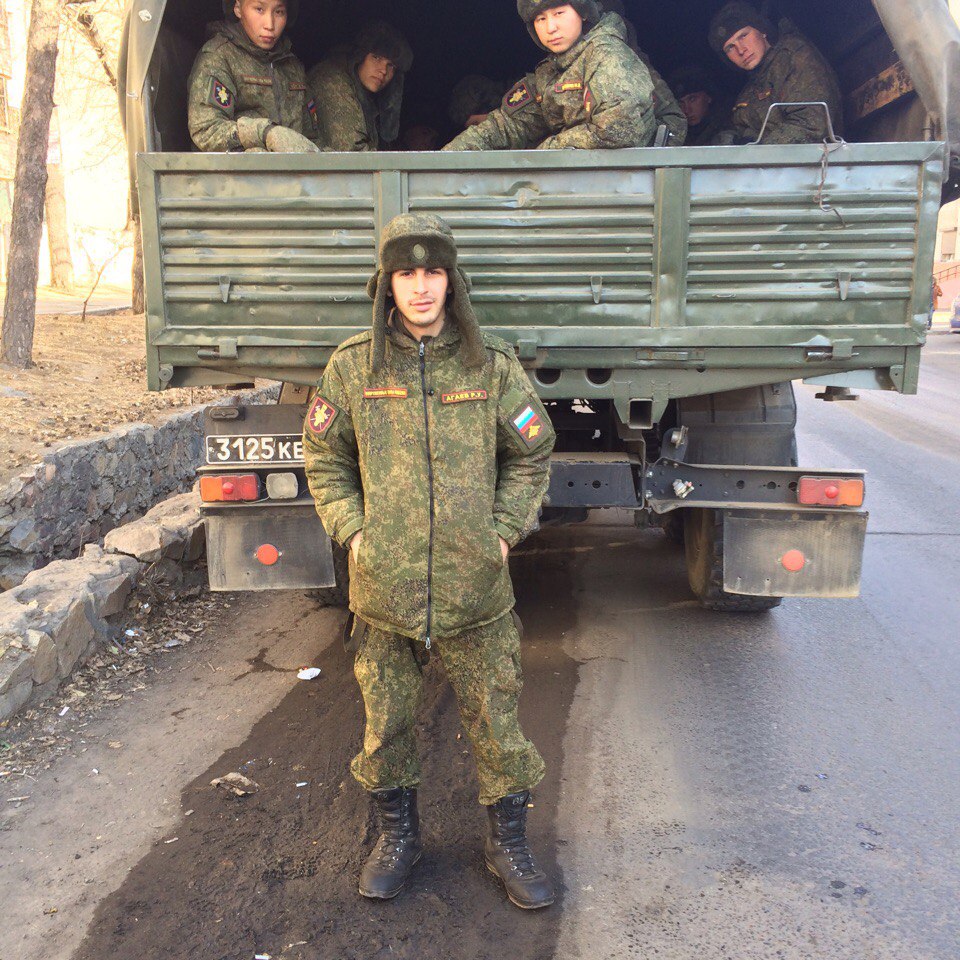 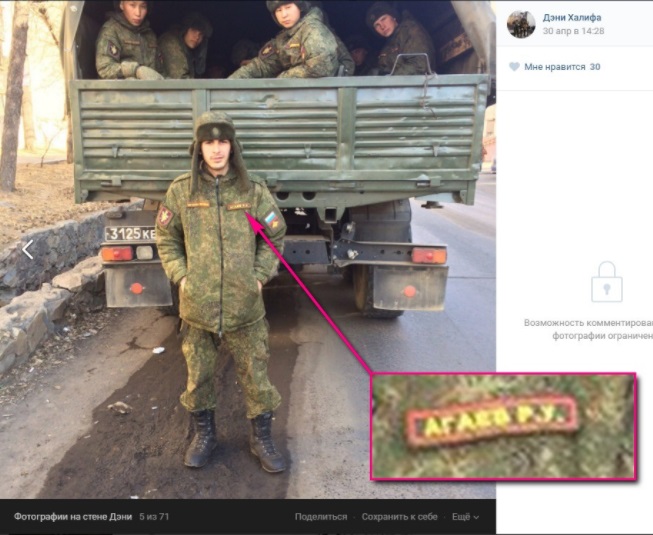 This photo reveals the surname and initials of the serviceman: Agaev R.U. His colleague, a conscript soldier, posted a memorable discharge photo with the subject of our investigation where he wears a nametag with the same name. It confirms his identification. 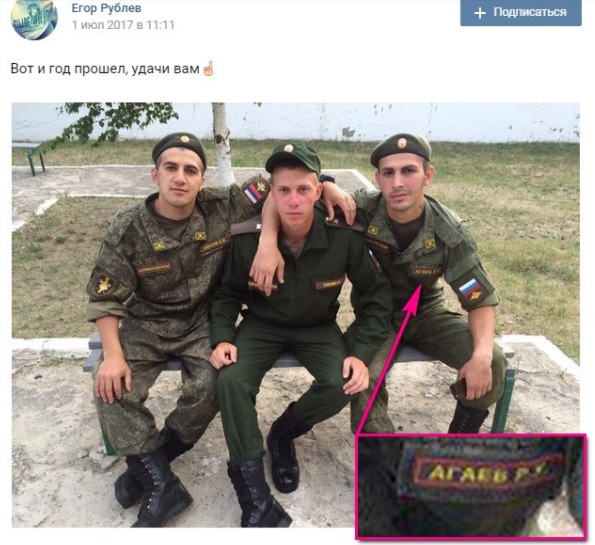 In the Donbas, R.U. Agaev was sent to fight in the Oplot terrorist battalion. A number of photos from his albums confirm it. 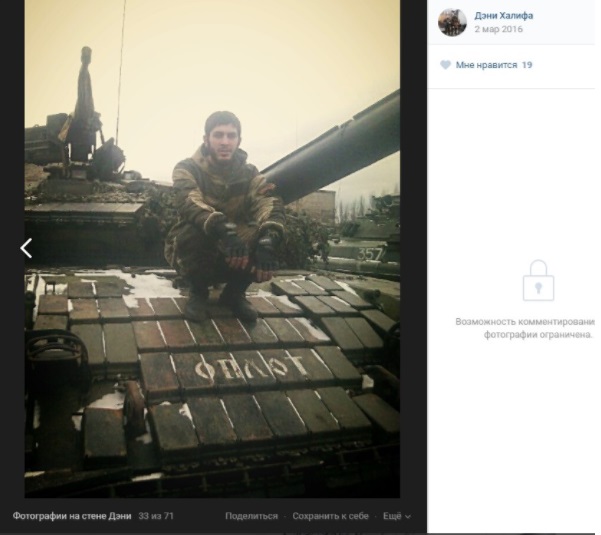 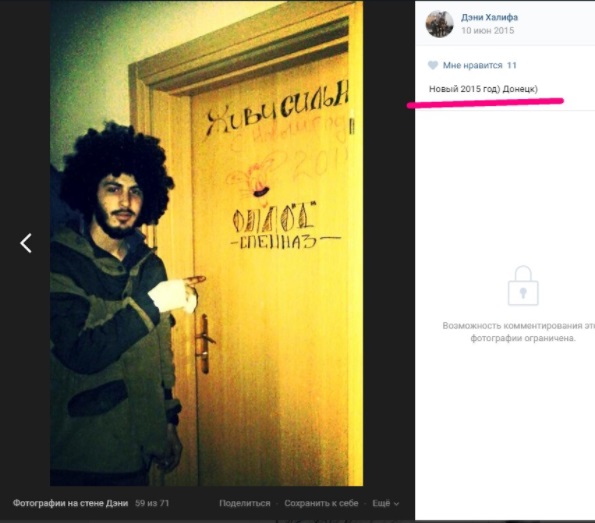 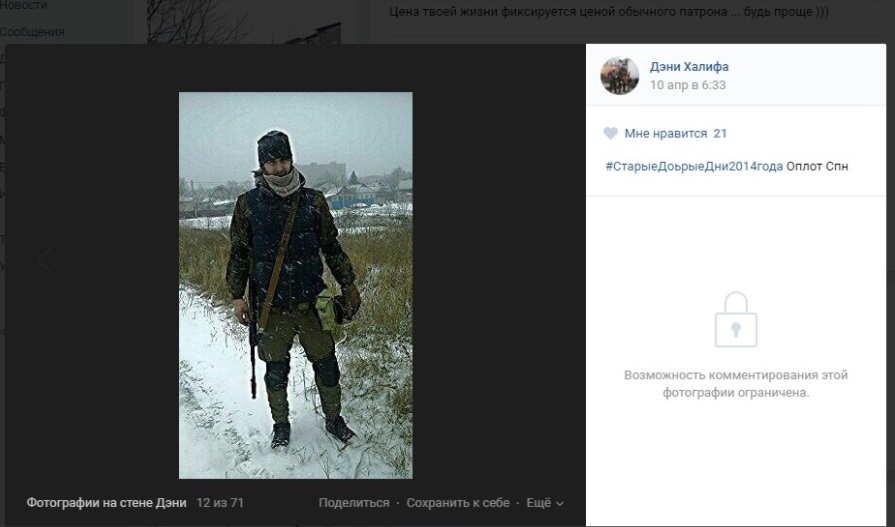 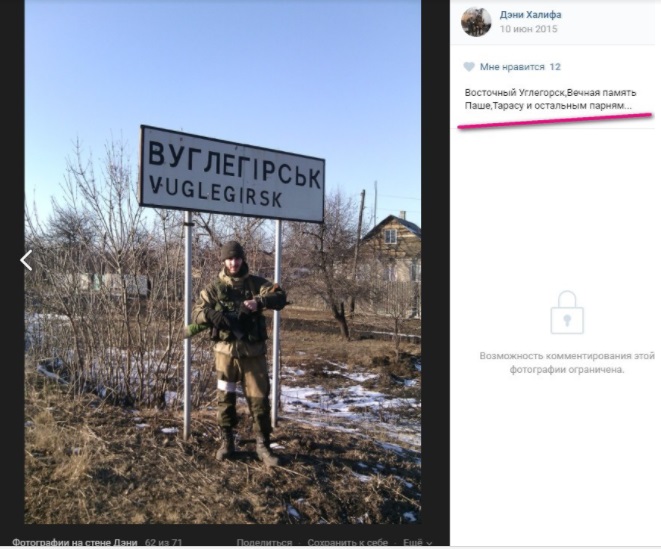 The large-scale military operation that was conducted by the Russian Federation in the territory of Ukraine in the winter of 2014-2015 in the vicinity of the cities of Debaltseve and Vuhlehirsk, was carried out with logistic support for the military units involved in the area.

The identified Russian serviceman from the 104th Logistics Brigade R.U. Agaev was one of those who provided assistance for transfer of Russian weapons and ammunition during the fighting, at least in Vuhlehirsk.

By Vidal Sorokin exclusively for InformNapalm