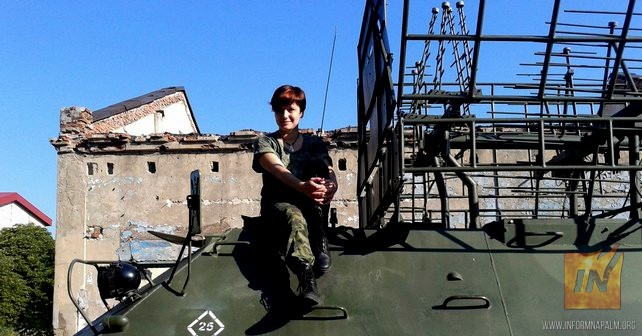 Donbas has become for the Russian Federation not only a platform for recycling of old armaments, but also a training range for combat testing the latest military hardware.

The international community InformNapalm while monitoring social network accounts of Russian servicemen and militants fighting in Donbas, has collected information on more than 30 types of weaponry and equipment not operated by the Ukrainian Army, that have been supplied by the Russian Federation to wage war in the east of Ukraine.

In Ukrainian and foreign press, there have been repeated reports of Rtut-BM, an upgraded Russian station for jamming radio controlled proximity fuses of ammunition being used in Donbas hostilities. However, there have been no photos or video footage confirming these statements yet. In the course of OSINT activities the volunteers of InformNapalm found pictures of the mentioned station on a female terrorist’s social network page.

On the photo posted by the female terrorist in late July 2015, a tactical sign “25 in a rhomb” is visible on the armor of the station. Russian occupation troops use such tactical signs in the territory controlled by the DPR terrorist organization. This sign is likely to belong to the so-called separate EW company, (military unit 08821), located in Donetsk (today the tactical sign of this unit is modified to “25 in a trapezoid”). Also, on the vehicle body one can see the original vehicle side number 412 , which they obviously have tried to wipe off. 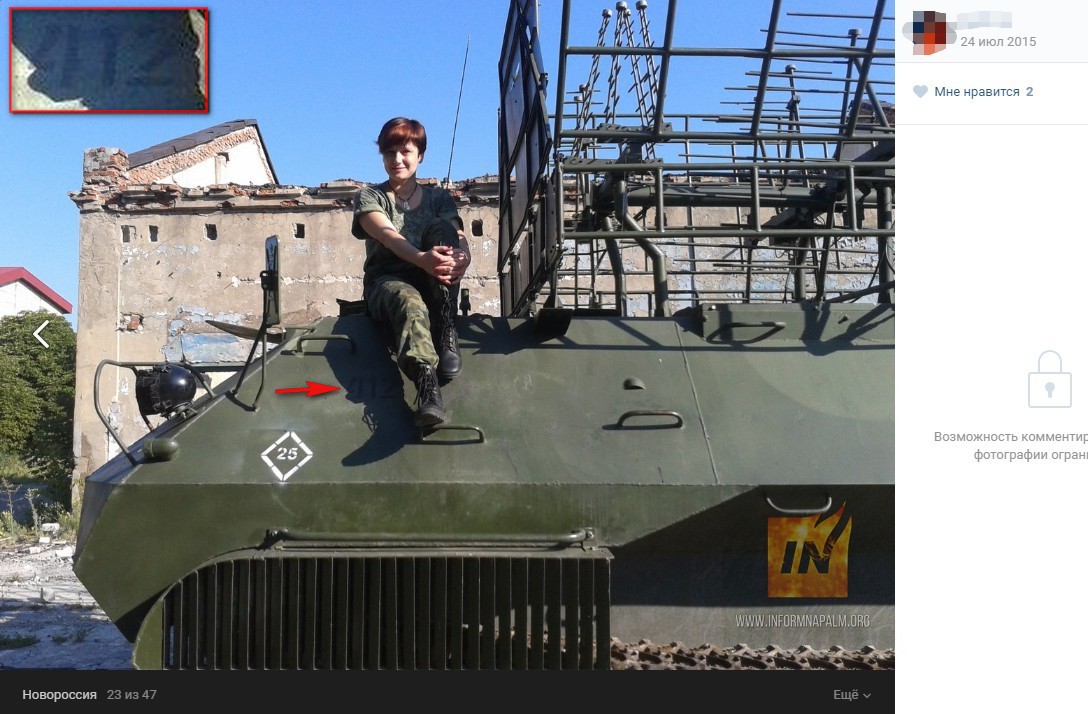 At the moment, it’s not possible to specify the precise location of the station, using the photo, found on the terrorist’s social network page, but the search continues.

To assist in locating approximate area in which the Russian terrorist has been noticed, we publish several photos of the same period (July) 2015. 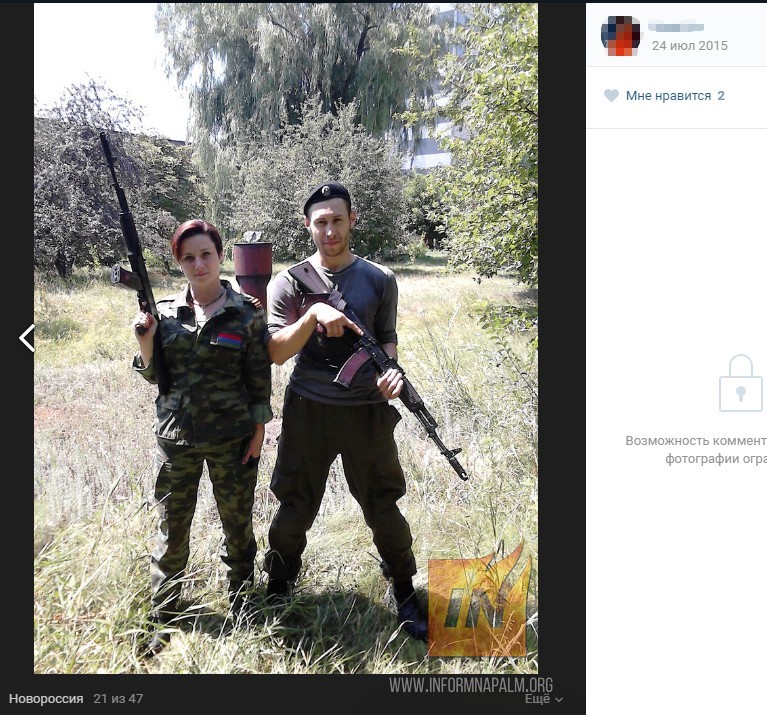 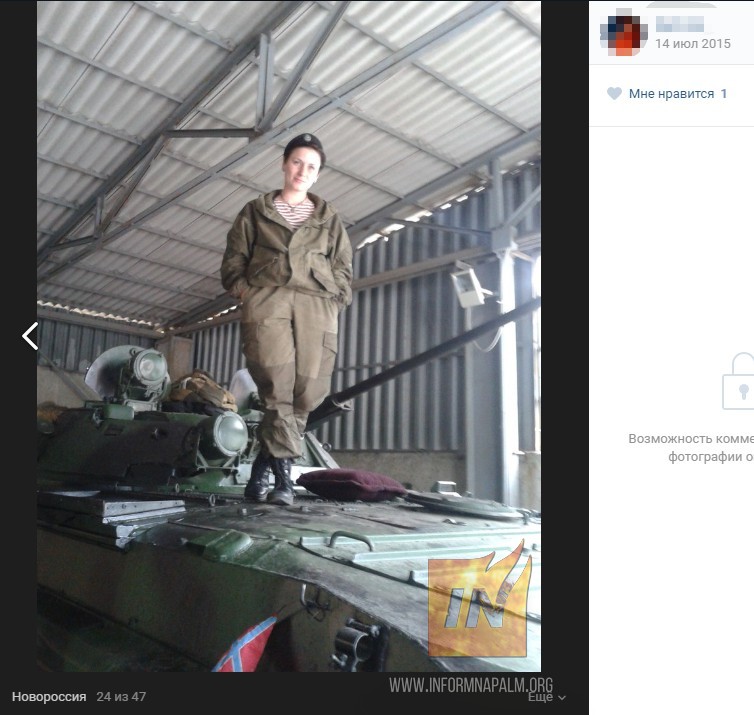 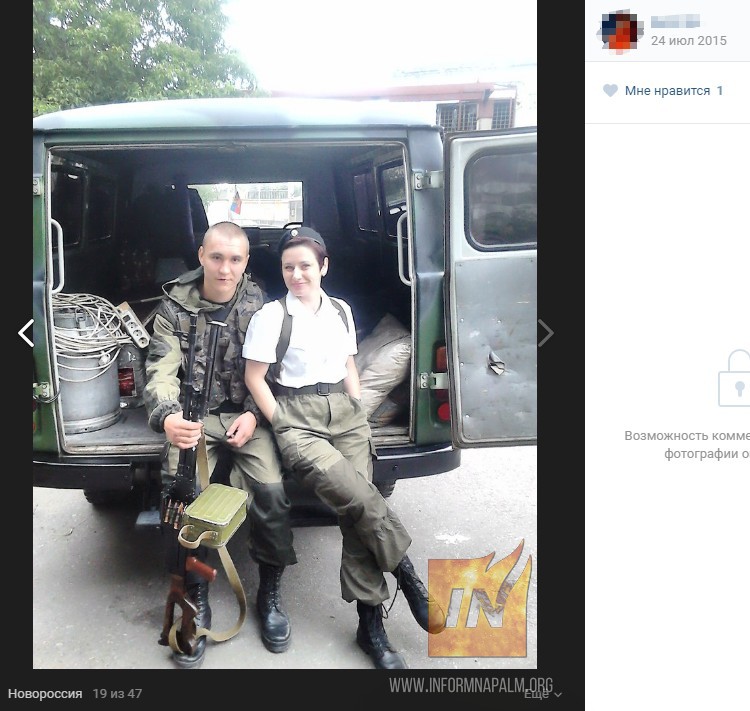 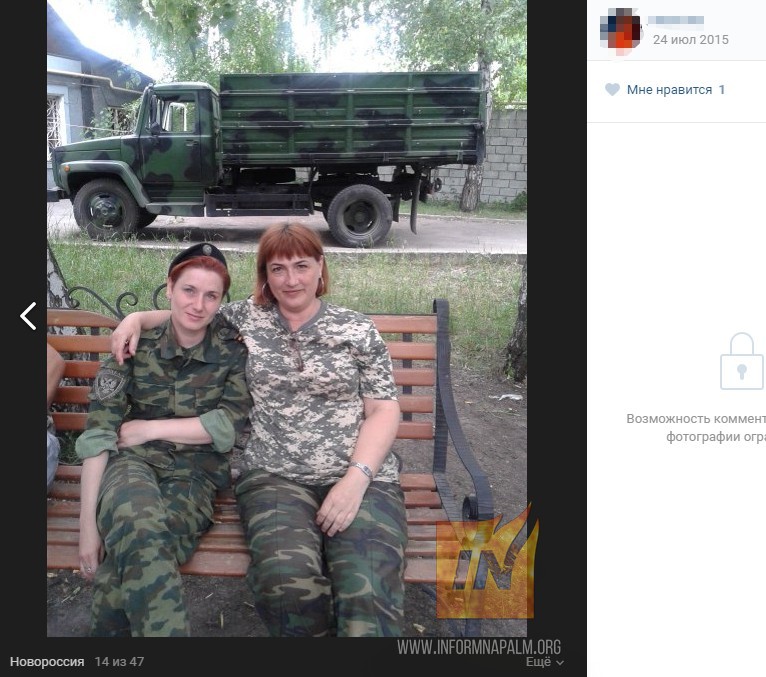 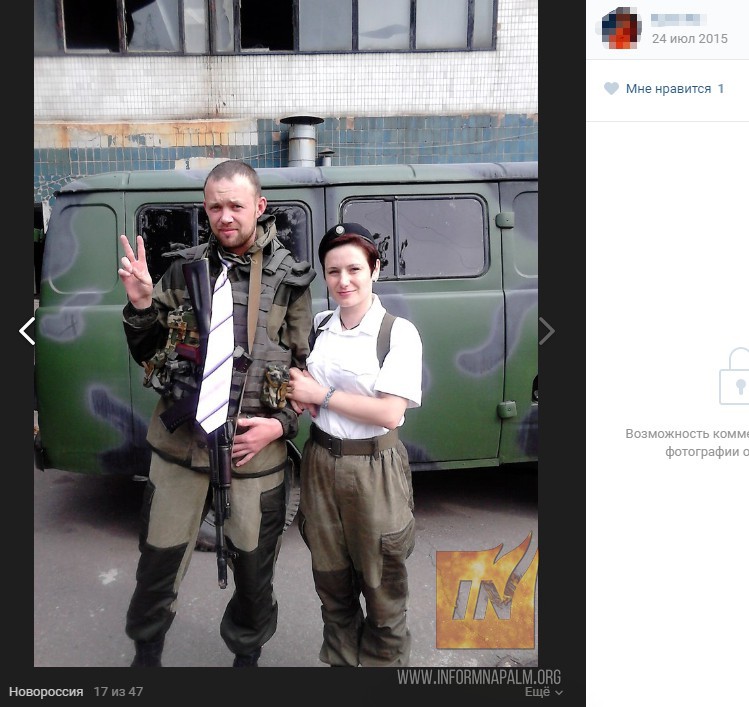 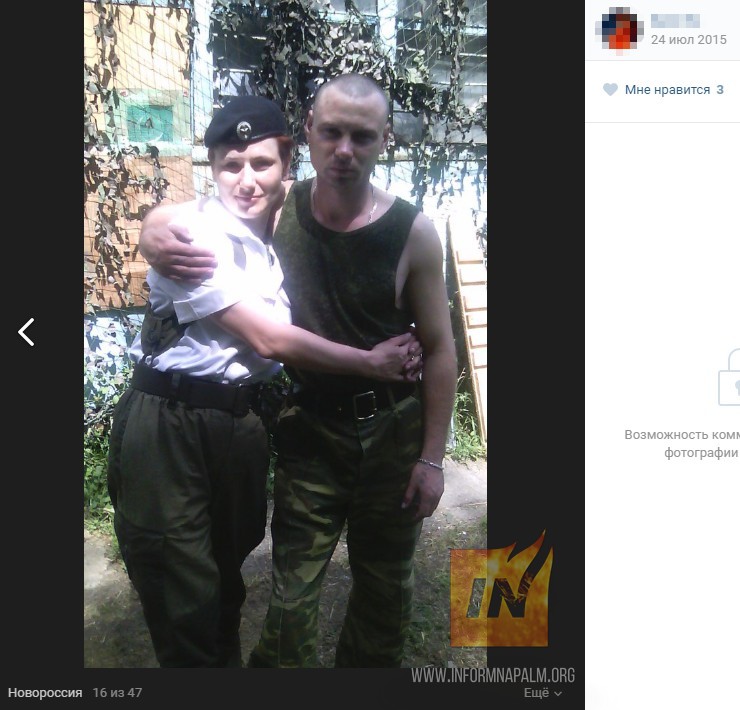 This material was prepared for publication by Vidal Sorokin