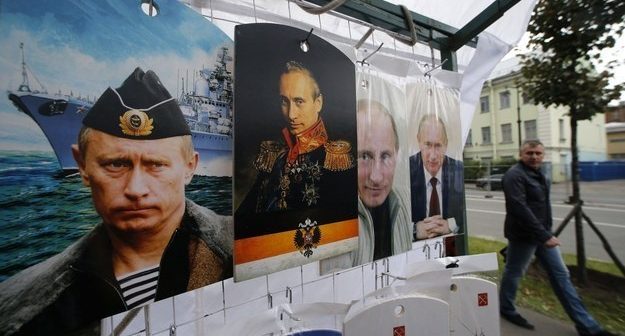 This summer we have witnessed a continuing militarization of Russia-annexed Crimea and its transformation into a missiles and aircraft base. These activities mount tensions in the Black Sea region. 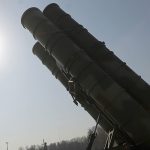 On August 12, Russia deployed in Crimea long-range S-400 missile systems. Russian state news agency TASS quoted Moscow’s military statement saying that troops in Crimea had “received the modern S-400 Triumph air defence system”. The surface-to-air missile system is one of the most advanced in the Russian army’s arsenal. It’s capable to hit targets up to 400km away with an altitude of up to 30km.

The Russian military plans to test such systems during large-scale exercises Caucasus-2016 scheduled for September. Moscow also announced manoeuvres  in Crimea to simulate an attack by weapons of mass destruction.

On August 8, Russians relocated Bastion coastal defence missile systems to Starokrymsky Training Range in the east of the annexed peninsula. A video showing the relocation of Russian military equipment was posted on YouTube by Alim Aydamak, the Inform Napalm reports. The video captured a convoy of Russian military vehicles, including at least five Bastions, moving to Starokrymsky Training Range.

The K-300P or Bastion-P is a Russian mobile coastal defence missile system. These systems are in service on the Black Sea Fleet. The Bastion-P is aimed at engaging various surface ships. It can also target carrier battle groups, convoys, landing craft and surface targets. The Bastion-P launcher carries two P-800 Oniks/Yakhont anti-ship cruise missiles. They have a range of 300 km with hi-low flight trajectory and 120 km with low-low flight trajectory. The missile uses a satellite guidance at the initial stage of the flight and active radar guidance when it approaches a target.

In mid-August the Russian navy held an exercise in the eastern Mediterranean, off the coast of Syria. Its goal was reportedly to test its ability to deal with “crisis situations caused by terrorist threats”, according to the Russian Defence Ministry’s statement. It came while Russian forces are involved in the war in Syria, where Moscow maintains its only naval base in the Mediterranean.

Russian exercise off the coast of Syria will included “artillery and missile firing in conditions resembling actual combat”, the defense ministry’s statement said. Ships involved in the exercise include two corvettes, the Serpukhov and Zeleny Dol, armed with cruise missiles Russia used last year to hit targets in Syria.

By its Mediterranean exercise Moscow flexes its navy muscles at a time of escalating tension with NATO. Through its Black Sea Fleet, based in the Crimean port of Sevastopol, the Russian navy has one of the most capable maritime forces in the region. Russian ships from Crimea are just a few days away from Tartus, they have just to pass through the Dardanelles Strait, which connects the Black Sea to the Mediterranean. Russia has 42 ships and 6 submarines in the Black Sea Fleet, according to the Naval War College article, while the US Sixth Fleet in the Mediterranean has a command ship and four destroyers. However, the US can count also on the navies of its NATO allies, while Russia cannot.

On August 19, the warships of Russia’s Caspian flotilla conducted electronically-simulated launches of Kalibr cruise missiles and destroyed a group of enemy ships. “A naval strike group comprising the missile ships Dagestan and Tatarstan, the small missile vessels Uglich and Veliky Ustyug successfully held an exercise to destroy a group of a notional enemy’s warships, during which it performed electronically-simulated launches from the Kalibr-NK missile system,” the Southern Military District said in a statement. According to the scenario of the drills, the aircraft of a notional enemy dropped bombs on warships.

The Iskander-M missile purportedly was inducted into service already in 2006. The two-stage solid propellant missile allegedly has a range of 400-500 kilometres and its single warhead can carry a payload of about 700 kilograms. It has been specifically designed to evade Western missile defences.

More than 400 officers and troops and 100 pieces of military hardware of an unidentified missile unit participated in the military exercise, held on August 17-20. Russia held a number of military drills in the Far East over the last couple of months, testing the combat readiness of its army.

Also in August, Russia held a military exercise Interaction 2016 in the Pskov and Leningrad regions, close to NATO countries’ borders. The drills involved 6,000 soldiers from Russia, Belarus, Kazakhstan, Armenia, Tajikistan and Kyrgyzstan. During the manoeuvres the military trained to react to “an exacerbation of the conflict situation in one of the border states-members of the Collective Security Treaty regions (whose members are Russia, Belarus, Kazakhstan, Armenia, Tajikistan and Kyrgyzstan). More than 50 aircraft and helicopters were involved in the drills.

“As part of the main stage of the Interaction-2016 joint drills, Russian paratroopers landed near Pskov on an unknown site, covering a distance of more than 1,500 km by air before landing,” the Defence Ministry’s said in a statement. According to the exercises’ scenario, the paratroopers performed airborne landing to seize a notional enemy’s airfield and retain it until the arrival of the main forces.

In June Moscow informed about an increase of its military budget. The Russian government will allocate 1 trillion rubles ($15.625 billion) for the development of the domestic defence industry, Prime Minister Dmitry Medvedev said. Russia is pursuing a single policy aimed at modernizing the defence industry and delivering new types of armaments to the army and the navy, he explained.

Large-scale military exercises, snap readiness checks and bomber flyovers further rise tensions while the West and Russia are opposed over the war in Syria, which has already become an arena for an international conflict involving several regional powers, as well as over the war in Ukraine, which Russia and NATO interpret in different ways. There is also “hybrid warfare”: propaganda campaign, financial backing of proxies, including not only paramilitary groups, but also far left or far right political forces.

Relations between Moscow and the West have reached a lower point than in the times of the Cold War. The Kremlin denounces NATO’s expansion towards its borders. In response to Moscow’s conflict with Ukraine, NATO has begun a series of military redeployments and held military exercises to improve its combat potential in Europe.

All indicates that the risk of a direct confrontation between world powers is high. In May General Sir Richard Shirreff, who served as NATO’s Deputy Supreme Allied Commander in Europe between 2011 and 2014, warned the West that NATO risks a nuclear war with Russia within a year if it does not increase its defence capabilities in the Baltic states.

He said that Russian attack on Estonia, Lithuania or Latvia, NATO members, was a serious possibility and that the West should act now to avert “potential catastrophe”.

Richard Shirreff has written a fictional book “2017 War with Russia”. It describes Russian forces invading Latvia next May and attacking Ukraine in a bid to open a land corridor to the annexed Crimea from Donbas, controlled by Russia’s proxies. And that could mean a general chaos in Europe. He claims that the events it describes were “entirely plausible”. Retired British General argues that the annexation of Crimea have destroyed the post-cold-war settlement and set the stage for the next conflict.

For the moment, neither Russia-Ukraine conflict, nor the Syria war has reached a psychological level of tensions when a direct confrontation between global powers is imminent. Washington and Moscow are not ready to make concessions to settle the issues, and it leads to a further confrontational rhetoric and flexing military muscles. The US and Russia don’t see a dangerous point where the talks are the only way to find a solution. So, an agreement on strategic issues is unlikely. These developments don’t reduce the risk of a global war.

One of the most dangerous points is the Baltic region where we see confrontation of interests, a risk of Russian incursion while Baltic states are NATO members. Syria war remains the hottest point as the US and Russia back opposite sides of the conflict. Russia shielded the Assad regime by its warplanes and ground troops while Washington planned to create a no-fly zone and now the US scramble jets to protect its troops in the Kurdish-held area after Syrian bombers hit targets near American forces. At the same time, Saudi Arabia and Iran continue to strengthen tensions in the Middle East conducting proxy wars in Syria and Yemen which devastated the countries.

The Ukraine war and Western sanctions against Russia stir up these tensions, however this conflict is unlikely to lead to any direct confrontation between global powers as it opposes Moscow forces and its proxies to the armed forces of Ukraine which is not part of NATO. But the Turkey-Russia clash over the downed Russian bomber in November 2015 has shown that an armed conflict can break out unexpectedly even when there is no high probability for it.

Unfortunately, a conflict between world powers with nuclear weapons cannot be ruled out. It could lead to devastating global consequences and destruction of not only vital infrastructures but also of the world’s economic structure on which all countries depend. The likelihood of a war between NATO and Russia is increasingly worrisome. We have to hope that facing irreversible consequences the decision makers of global powers come round, wise up and find a common ground to avoid such scenario and put all their efforts to end the ongoing wars which continue killing thousands of innocent people.