Secret cargo from Syria to Crimea: the saga of Nadalina. Part 1 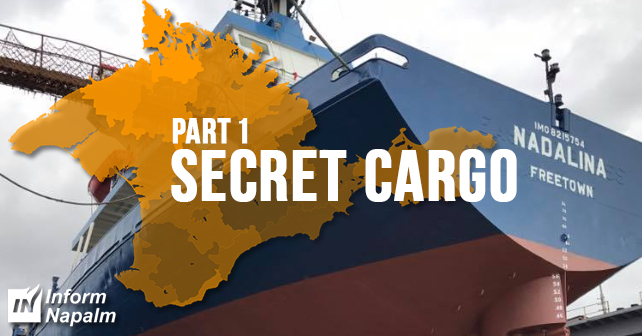 InformNapalm international volunteer intelligence community got on the trail of a secret cargo which was shipped from Syria to Crimea under very mysterious circumstances. It was unloaded at destination by Russian military personnel with utmost care and heightened security. This publication is a result of OSINT and HUMINT activity of our volunteer community.

On October 20, 2016 about 1:00 p.m. the cargo ship Nadalina sailing under the flag of Sierra Leone called at the port of Feodosia (occupied Crimea). The vessel arrived from Tartus (Syria), after a call to the Romanian Port of Navodari.

The unloading of the vessel started only about two days later; it was carried out on the night of October 21 to 22, 2016, from 10:00 p.m. to 02:00 a.m. It was performed by military servicemen using a port crane under heightened security. All the bystanders were cleared out, and the pier was cordoned off by extended police squads and gray men. The illumination was directed away from the pier, so the unloading process was poorly visible. The vessel floodlight periodically switched off when portions of the cargo were lifted up, instead of being on permanently, as it usually is the case during unloading.

The unloaded cargo was in crates oblong 0.5 x 1 x 3 m, of khaki color that looked like non-flammable composite containers for storage and transportation of special-purpose products. 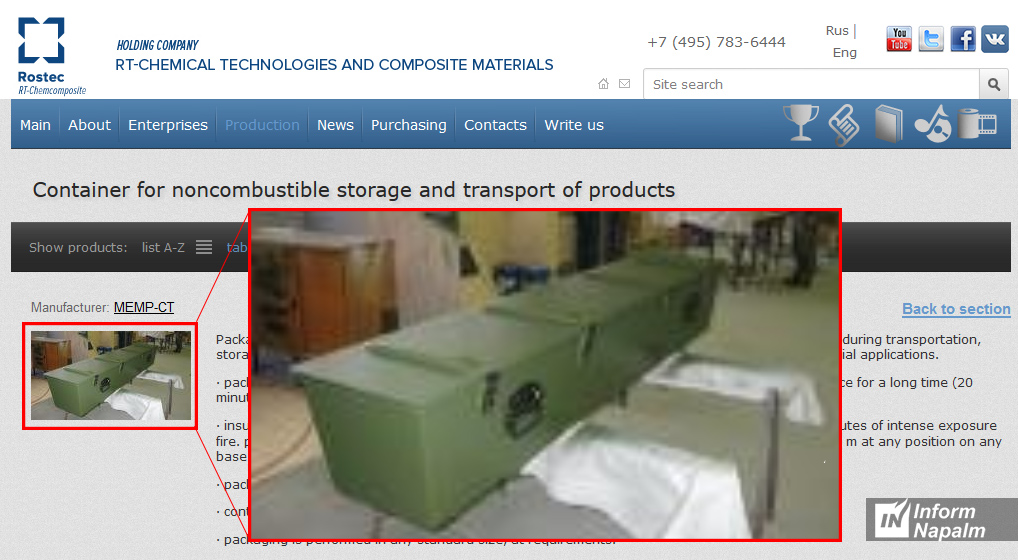 The screenshot of the video depicting the arrival of Nadalina in Feodosia clearly shows the bulb raised above the waterline, which indicates that the vessel was underloaded.

After the night unloading, the vessel remained at the port until October 25, and then it sailed towards Kerch. However, in the morning of October 26 still en-route, it backtracked to Feodosia, and started out for the return trip, presumably in the direction of the Bosporus.

The operator and owner of Nadalina (IMO:8215754) is an offshore company, Bia Shipping Co Ltd. (the Marshall Islands, 2010), headquartered in Constanța (Romania). This company is a part of a family business of Syrian entrepreneurs coming from the outskirts of Tartus. Bia Shipping Co. is an official partner of Johar Shipping srl. registered in Constanța (Romania) and controlled by the a Syrian family http://johar.ro/. Its owner is Hassan Johar, born in 1981. The members of Johar’s family live in Syria, Romania and the UK.

Despite the fact that Johar is not the official owner of Bia Shipping Co Ltd, he actually controls the company and is entitled to sign for it. Three key positions at the company are occupied by Adnan Hassan (Managing Director), Johar Hassan (Head of Operational Department) and Ferhad Hassan (Ship Chandler).

Apparently, the recent repair work on Nadalina in Navodari is also connected with the transportation of this cargo. This is another indirect indicator of the importance of this cargo, as any technical risks during the delivery had to be mitigated to the maximum extent.

The utmost care of the unloading operation points to an extremely hazardous character of the cargo, whereas its timing indicates a special effort taken to hide the fact of delivery.

The analysis of the peculiarities of the cargo delivery and unloading suggests the following possible considerations:

The analysis of the size and shape of the unloaded containers gives reason to suggest that they contained ammunition with at least 200 mm caliber. Despite the absence of direct evidence, the analysis of indirect features lets us assume that the contents of the shipment are ammunition/components of weapons of mass destruction (WMD) – most likely, chemical weapons.

The picture to the New York Times article published in 2015 shows a similar-sized crate used for the storage of Iraqi missiles (Borak-70) with a chemical warhead. 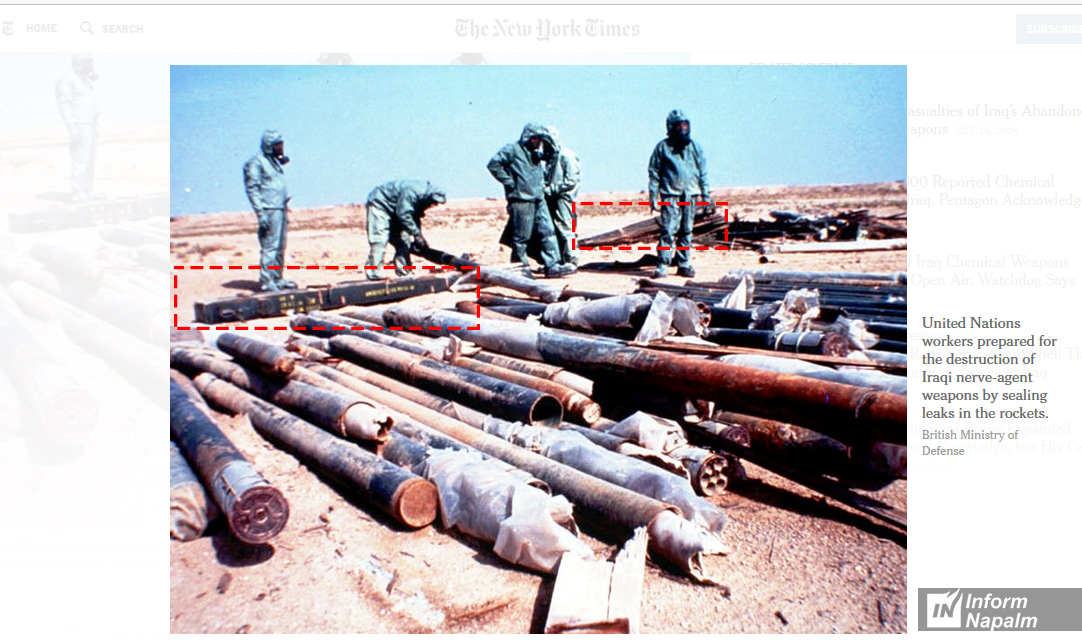 Conclusions: there is no reliable and direct evidence, that we have witnessed a delivery from Syria of WMD components/ammunition rather than anything else. However, our analysis of the information indicates the following:

This investigation was prepared by Dmytro K, Anatolii Baronin и Kateryna Yaresko for InformNapalm volunteer intelligence community. An active link to the authors and our project is obligatory for any reprint or further use of the material.

2 Responses to “Secret cargo from Syria to Crimea: the saga of Nadalina. Part 1”