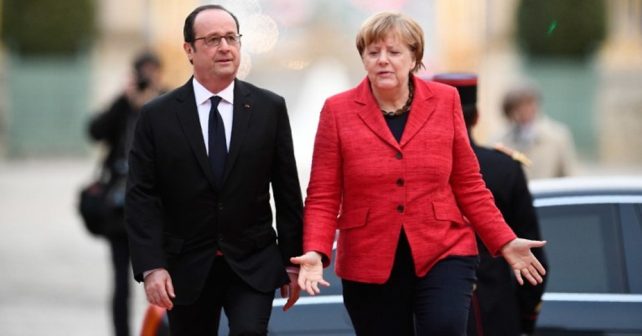 How is Moscow influencing European elections and what is its main purpose? Read this article by Cécile Vaissié, an expert in Sovietology and Kremlinology, a professor at the University of Rennes 2 Haute Bretagne.

“Ex-French Economy Minister Macron Could Be ‘US Agent’ Lobbying Banks’ Interests”, this catchy title appeared on Sputnik News, a media outlet dependent on and funded by the Kremlin. The article published on February 4, 2017 was based on an interview given to Sputnik by a French MP Nicolas Dhuicq who belongs to The Republicans party. Dhuicq accused the presidential candidate of being “an agent of the big American banking system”.

He claimed that “before announcing his bid for presidency, Macron had traveled to the United States”. Sputnik also reminds that Julian Assange, the WikiLeaks founder, in his interview to Izvestia newspaper on February 3, 2017 said that Macron “allegedly conducted controversial political correspondence with former US presidential candidate Hillary Clinton”. But according to Europe 1 the most shocking to France were the claims of Nicolas Dhuicq that Macron was backed by “a very rich gay lobby”, namely by Pierre Bergé “who is openly gay and advocates gay marriage.”

This interview illustrates some of the “Kremlin’s networks in France” and their possible role. Indeed, Nicolas Dhuicq is linked with Thierry Mariani who is arguably the most active pro-Kremlin lobbyist in France. Together, they traveled not only to Russia but also to Crimea  in July 2015 and in summer 2016 despite the European guidelines and the explicit objections of the President of the National Assembly, the chairman of the French-Russian Friendship Group at the National Assembly, the head of the Senate and the Minister of Foreign Affairs.

Nicolas Dhuicq defends in the media his pro-Kremlin stance claiming specifically: “The Crimea is Russian for me, there is no discussion possible” – raising concerns of those for whom it is the international law that defines relationships between the countries. 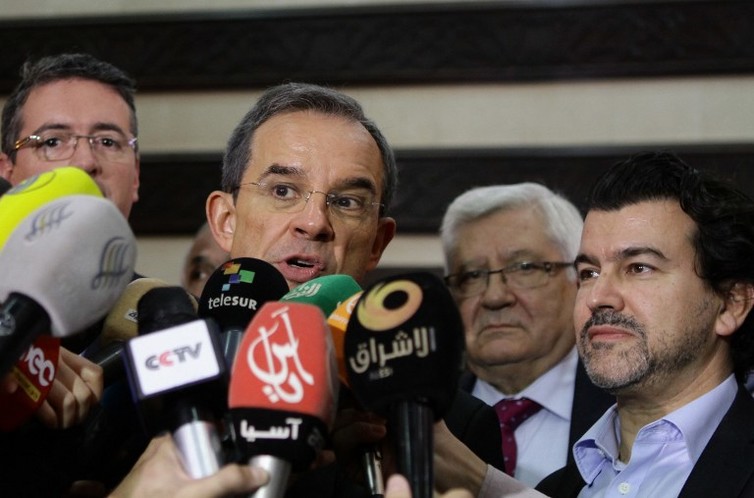 Besides rather offensive insinuations about the sexuality of Emmanuel Macron, this interview to a Russian government-controlled media shows the breakdown between at least part of The Republicans and the French liberal right who are not hostile to the United States. It also revives the questions about Kremlin’s interest in some Western elections: for months, politicians, researchers, journalists and intelligence officials have been warning against the measures undertaken and funded by the Russian authorities to influence political processes in Europe and the United States.

These resources include, in the first place, the media of the Kremlin, which broadcast and write in French, German, English and other languages​, the likes of Sputnik or Russia Today (RT), which received from Russian government additional € 20 million to launch its French service in 2017. The content of these media is then replicated and reposted by a number of sites, groups and accounts on Western social networks.

Along with some neutral information they spread “alternative facts”, fake news and lies aimed at damaging the image of certain politicians. This is what is called in Russia the “black PR”.

The “troll factories” where employees are paid to post comments on social networks have been identified in St. Petersburg and elsewhere in Russia. They use programmed robots or social bot techniques for massive dissemination of certain messages.

However, there are European parties that the Kremlin strongly supports. The hushed “loans” granted to Front National of Marine Le Pen as well as the cooperation agreement signed between the Freedom Party of Austria (FPÖ) and United Russia, the party of President Putin, are a clear signal. The Russian authorities are also implicated in ordering the hacking of e-mails of the US Democratic Party, the German Bundestag and the Organization for Security and Co-operation in Europe (OSCE).

These hacks provided unauthorized access to e-mails and documents which are likely to compromise the reputation of certain political personalities if published. This is what happened in the case of Hillary Clinton, and again WikiLeaks and Julian Assange played a role here too.

Moreover it is suspected that Russia stood behind the cyber attacks that paralyzed the websites of the German Federal Government and were detected during the UK election in May 2015. A major German newspaper Die Zeit has recently published a notable investigation on the tools used by Russia to affect the elections to the Bundestag and even warned about the risk of probable attacks on the electricity and water grids.

Political meddling in Germany, the UK and the US

Die Zeit refers to the doctrine presented in January 2013 by General Gerasimov, the Chief of the General Staff of the Russian Armed Forces. It is stated that there is “a tendency toward blurring the lines between the states of war and peace” and emphasized the growing role of “non-military means of achieving political and strategic goals.” This is why the European Parliament refers in its resolution of November 23, 2016 to “the war of disinformation and Russian propaganda” which constitutes “an integral part of modern hybrid warfare, combining military and non-military measures, both overt and covert”. The resolution mentions different means to wage this war and defenses against them.

Could all this be an exaggeration? It may be so. But recently, politicians have been complaining of the Russian interference into the Western political processes. Jean-Marc Ayrault, French Foreign Minister, spoke on February 19, 2017 of “an unacceptable form of […] interference” in the context of French presidential elections and noted cyber attacks aimed at Emmanuel Macron.

Chris Bryant the former British Minister for European Affairs spoke of “clear evidence” of Russia’s “direct interference” in the UK elections and added that “top-level decisions affecting security in Britain had also been compromised by Russian infiltration”. British MP Ben Bradshaw called for an investigation of possible Russian interference in the Brexit vote. According to former Bulgarian President, there are signs suggesting that Russia is financing parties and anti-European media in Bulgaria and other European countries.

Before that, German intelligence agencies had warned against the Kremlin’s intentions to influence the German election campaign in 2017. Investigations into the actions of the Kremlin were launched in Hungary, Czech Republic and Slovakia.

Last but not least, the CIA reported in December 2016, that Russia intervened in the US elections, and the FBI confirmed this information. Since then, there has been more and more evidence coming out of the links between Donald Trump’s team and agents of the Kremlin.

The French have valid reasons to worry about the Kremlin’s interference in the coming presidential and parliamentary elections, and this threat seems to be taken seriously at the top governmental level. This can be concluded form the decision not to allow electronic voting to the French citizens abroad as a very clear message of President Holland who accused Moscow of using “all means to influence public opinion”.

It is certain that Marine Le Pen, if she were in the Elysée Palace, would be more amicable to Vladimir Putin than is François Holland. However Die Zeit offered a wider interpretation of the Kremlin’s objectives: “its purpose is to shatter the confidence of German citizens: in the security of the country, the stability of daily life, the integrity of people and institutions”. The spreading suspicion would weaken democracy and strengthen the fear mongering politicians.

True, it is not the Russian leaders who create doubts, anxieties or mistrust, but they feed and channel them. A look into social networks shows that the Kremlin is winning at its game. So, all the more we must take the challenge and fight back.

The original version of this article was published on The Conversation.