SOF Officer: Demolition of Power Line Tower Could Have Been Coordinated by Russia 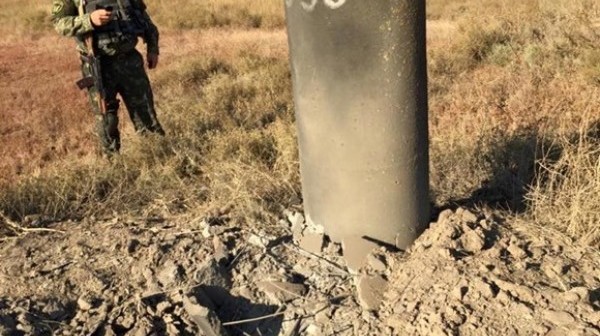 “Blowing up the electric power line tower near the Chaplinka village on November 22 could have been a planned provocation of the Russians”, said an officer of the Special Operation Forces in the interview to the InformNapalm’s volunteers on condition of anonymity.

He explained his conclusions with the list of facts which can be the indirect intelligence evidence:

“Conducting any subversive operations we must take into account the informational effect and reaction of all participants of the conflict. For example, yesterday, on November 21, the Russian propaganda media maintained a suspicious pause though the first explosions started on November 20 (when 2 concrete pylons of a power line tower were destroyed and 2 more damaged because of the explosions of 2 anti-tank mines).”

But only after the second successful attempt of the power line destruction in the overnight into November 22, the Russian media started crying that the cutting-off the power supply to Crimea should be qualified as a terroristic attack of the ‘Kyiv Junta’.

At the same time, our intelligence in the occupied territories reported that the engineer-sapper sabotage groups mentioned in the militants’ propaganda footage were responsible for the EPL destruction:

The recent arrests of the militants planning the terrorist strikes in Ukraine perfectly fit the outline of events ([1], [2], [3]).

In the context of events that have taken place lately, the information about secrete power line stringing to the Crimea should be noted.

The ‘Maidan of Foreign Affairs‘ monitoring group documented in October the arrival of ‘JIAN JI 3001′ Chinese flag Cable Laying Vessel (MMSI 413375460) from Novorossiysk to Crimea in contempt of the international sanctions. It is noteworthy that the Chinese CVL called the port with AIS Transponder turned off. The reason of this entering the port was stringing of the first power line from Russia to Crimea. Even before the start of the civil blockade of the peninsula, Russia promised to cover 80% of the Crimea’s need in the power before December.

Thus, Russia is the most interested side in the fuss about the power line destruction. The Russian Federation plays around the patriotic feelings of the Ukrainian activists and builds up tensions in Donbas by preparation of diversions towards Mariupol. At the same time Russia tries to accuse Ukraine in ‘attacks’ against Crimea. Of course, it is not improbable that many patriots can be blindly used in provocations prepared by the Russian well-trained agents and sabotage groups”, explained SOF Officer.

In its turn, InformNapalm underlines the importance of continuation of the civil blockade and supports the increase in pressure in the issue of complete isolation of the Crimean peninsula. The Ukrainian patriots, with whom we maintain contact and who were not able to leave the Crimea (for various reasons), also favor the complete isolation of the peninsula and are ready to take the brunt of the blockade for the speedy liberation from the occupation forces of the Russian Federation.

No Responses to “SOF Officer: Demolition of Power Line Tower Could Have Been Coordinated by Russia”