“Heroic” Siberians from Tomsk, Russia could not stay away from the events in Ukraine. There are a lot of them. Last December, more than 30 people travelled to Luhansk Oblast just from the city of Tomsk in Siberia. Three of them even decided to commemorate their presence in the combat zone. And here they are: 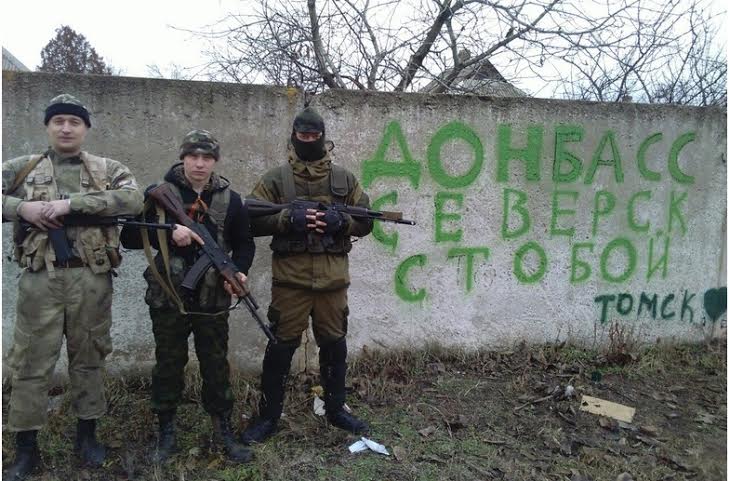 But why ‘Donbas’ is written on the wall when the fighters went to the Luhansk People’s Republic?  This is not the first geographical mess-up of the Russian propaganda machine. 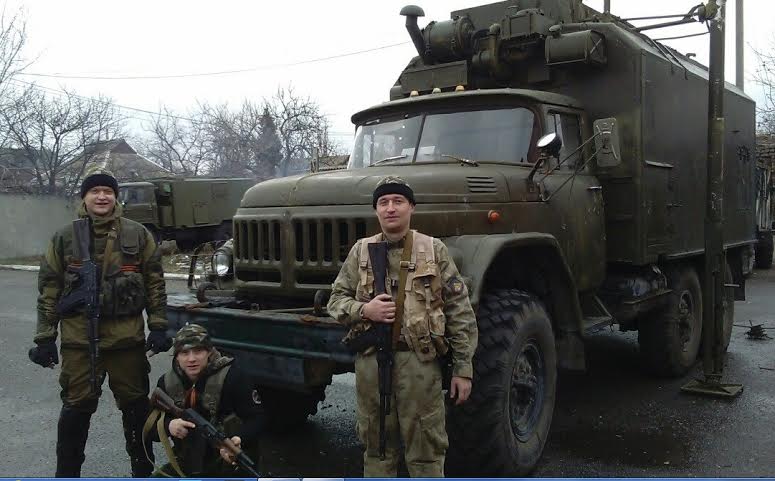 In the second photo, the Russian ‘separatists’ fighting for the independence of the Donbas region from Ukraine are taking their selfies in front of the army mobile radio station based on a ZIL-131 truck. It seems like an expensive toy for the broken ‘republic’. However, it doesn’t say much by itself. Though, the Siberians do not like to stop halfway, and the next photo captured the essence of the issue. 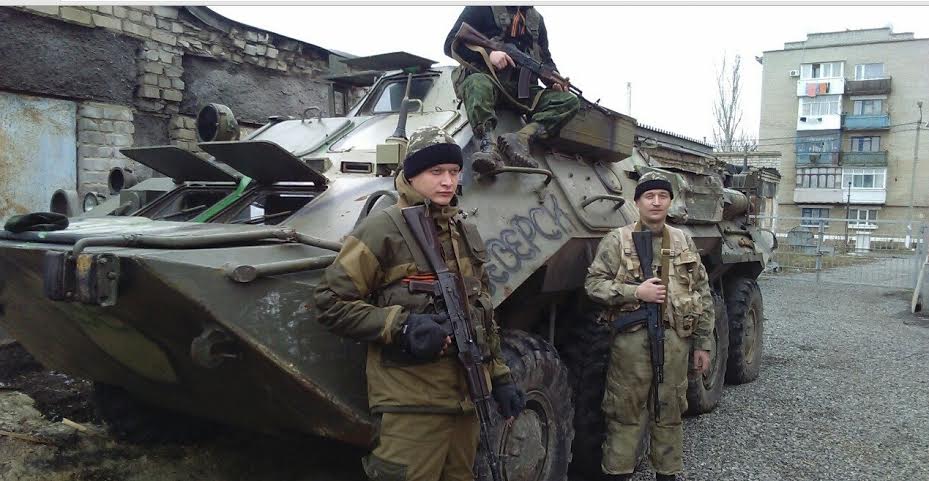 This is Kushetka-B, the command armored personnel carrier based on the BTR-80. It belongs to the Russian army, even with no markings. It’s impossible to capture it from the Ukrainian army (because it doesn’t have any)!  We just need to figure how the Kushetka-B got there.  Which  military unit of the Russian armed forces did this piece of army equipment arrive with in the territory of Ukraine to be left there?

No Responses to “Professional mercenaries from Russian Tomsk fight in Donbas”