Russia increasing the number of its troops in neighboring Rostov Oblast 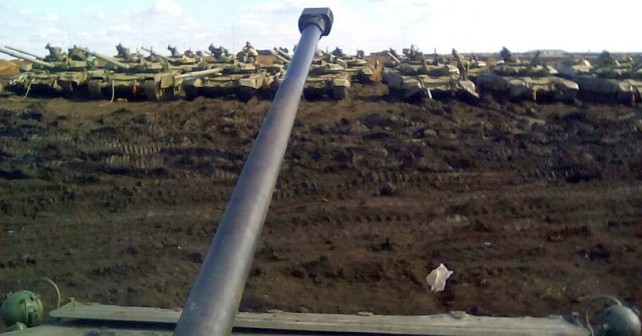 The international volunteer community InformNapalm continues to closely monitor the ongoing situation with the Russian Troops based in the neighboring Rostov Oblast.

The beginning of spring is marked by significant increase in both rail- and highway movement of Russian troops to Rostov Oblast. In particular, a number of new combined tactical groups of the armed forces have been relocated from their permanent bases in the south, and other military areas.

Among these, there is a battalion with a tactical group of the 136th Separate Motorized Rifle Brigade, military unit 69671, Buynaksk, Republic of Dagestan, Southern Military District. This tactical group is now stationed around the Kuzminskiy military training site, Myasnikovskiy district of Rostov Oblast. 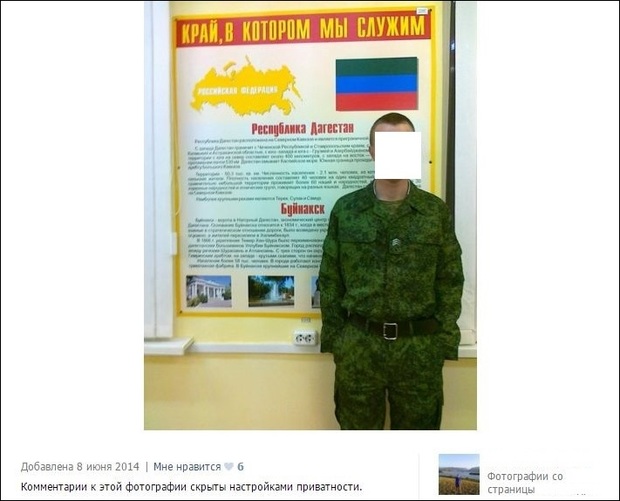 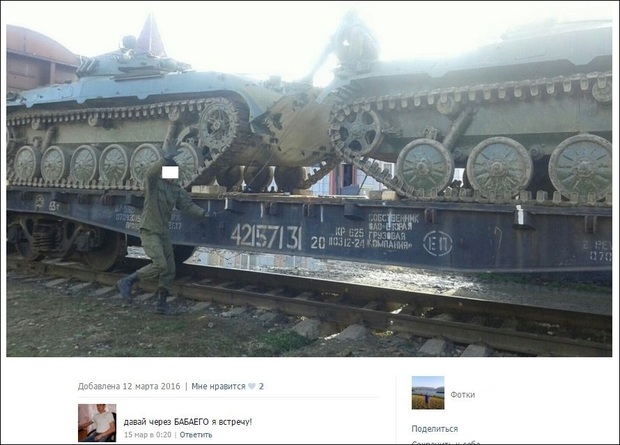 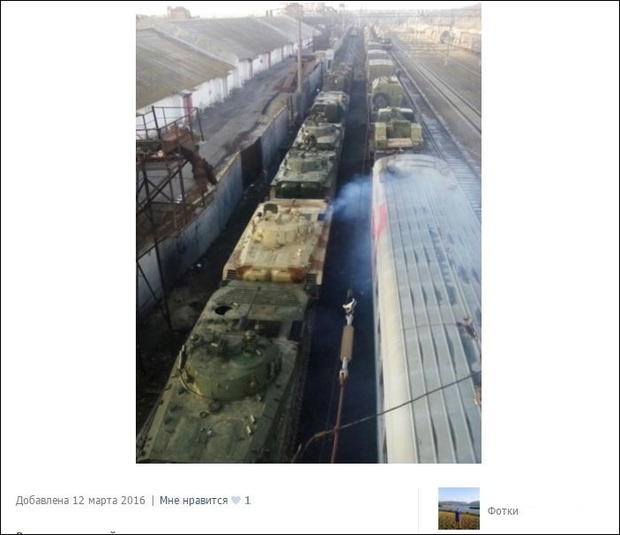 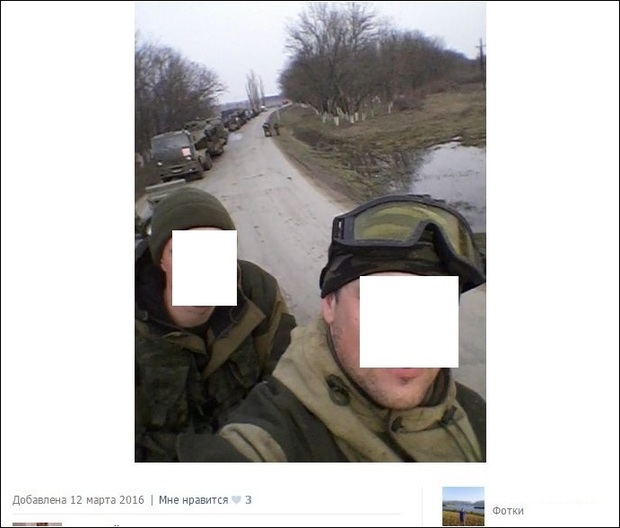 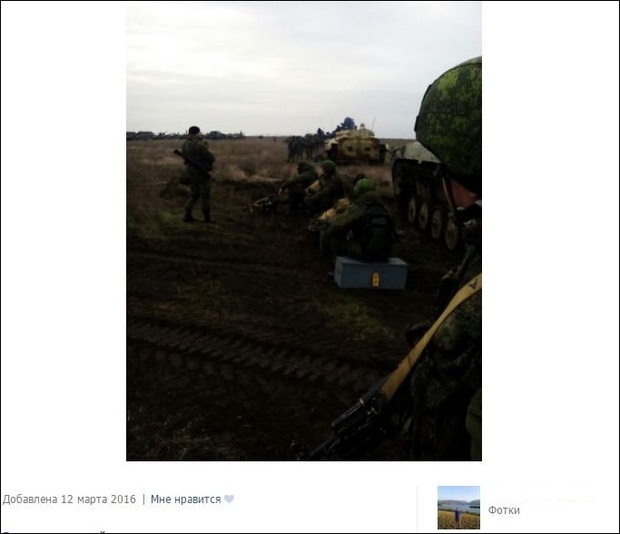 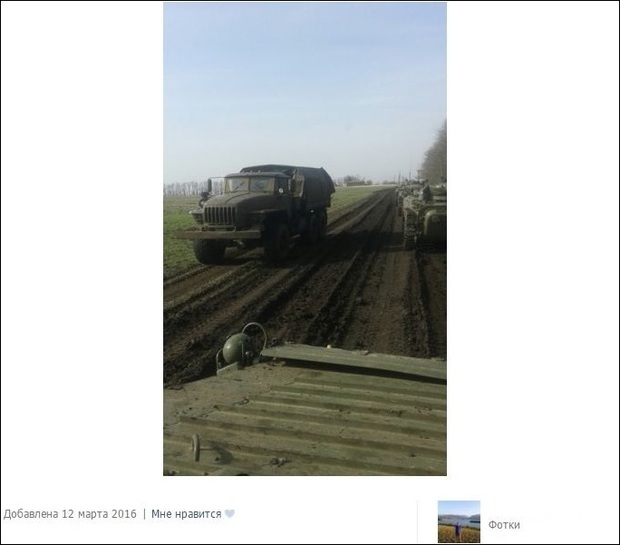 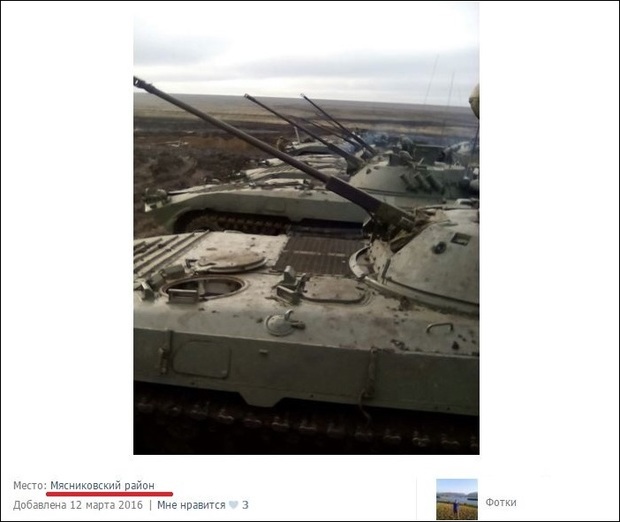 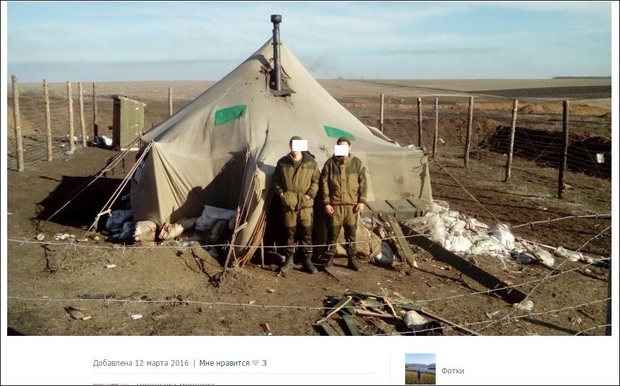 According to our estimate, the 136th Motorized Rifle Battalion consists of a BMP-equipped motorized rifle unit [3rd MRB], a combined reconnaissance company with BTR-equipped mounted reconnaissance and scout-sniper platoons, one reinforced tank company with approximately 15 T-90 main battle tanks, a combined artillery- and rocket unit with three to four batteries of 152-mm self-propelled howitzer 2S3 «Akacia» and MLRS BM-21 «Grad», as well as air defense means along with other combat support units.

Notably, all the above mentioned Russian military equipment is unmarked, without identification or tactical symbols. In addition, image 3 and 5 show that among the BMPs with standard khaki-colored camouflage, there is one unit with desert camouflage. Apparently, this BMP has been prepared to be deployed to Syria but because of the circumstances it ended up in Rostov. 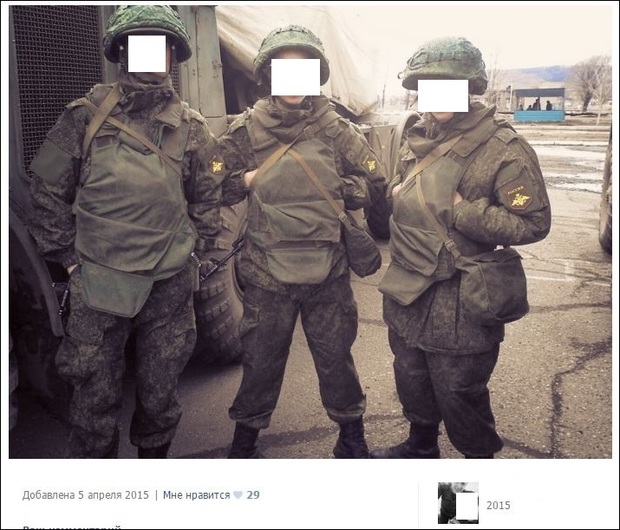 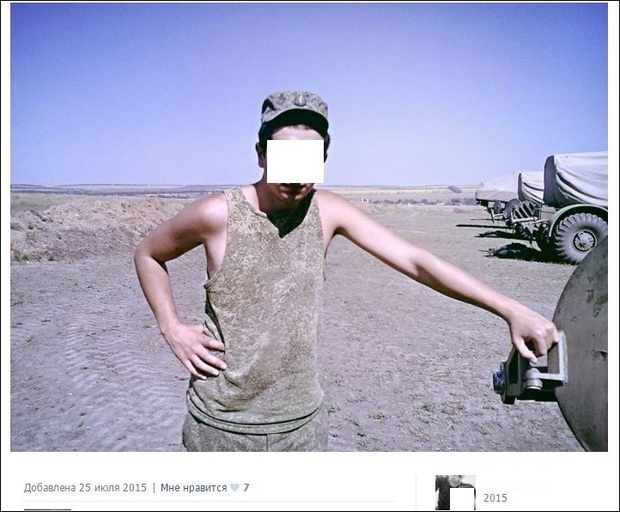 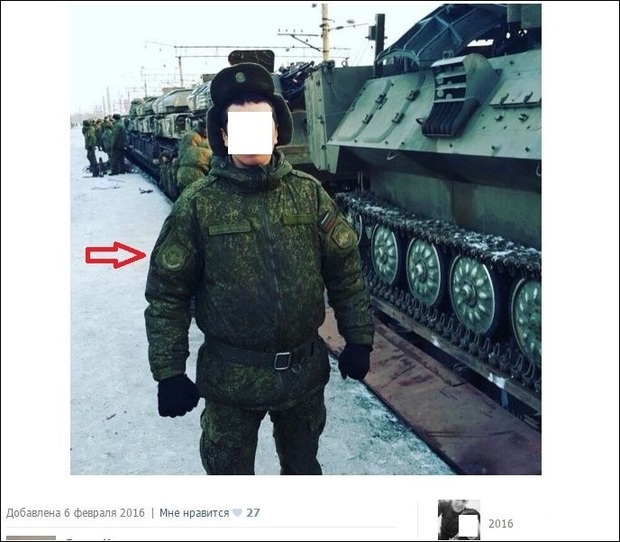 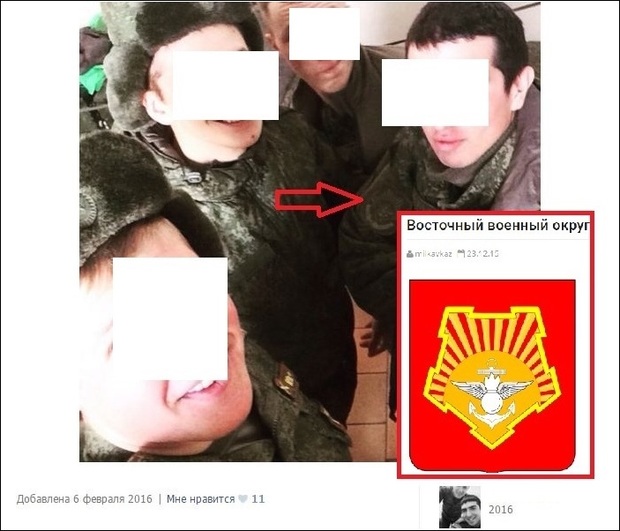 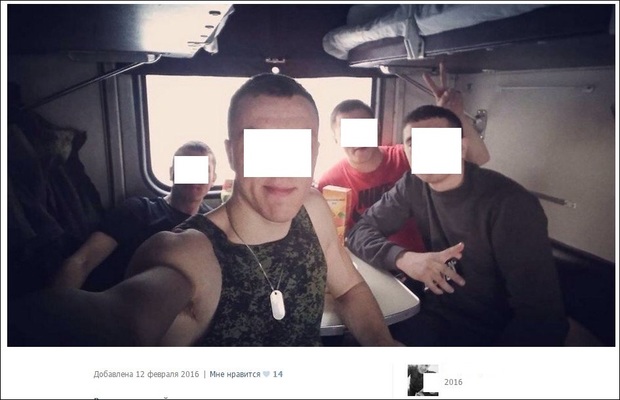 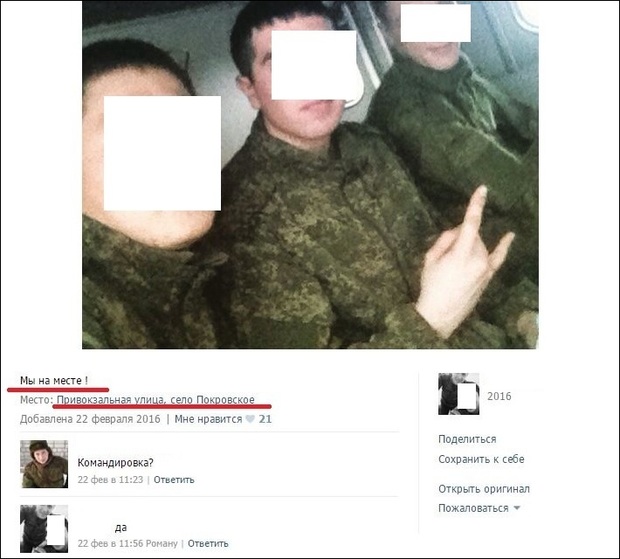 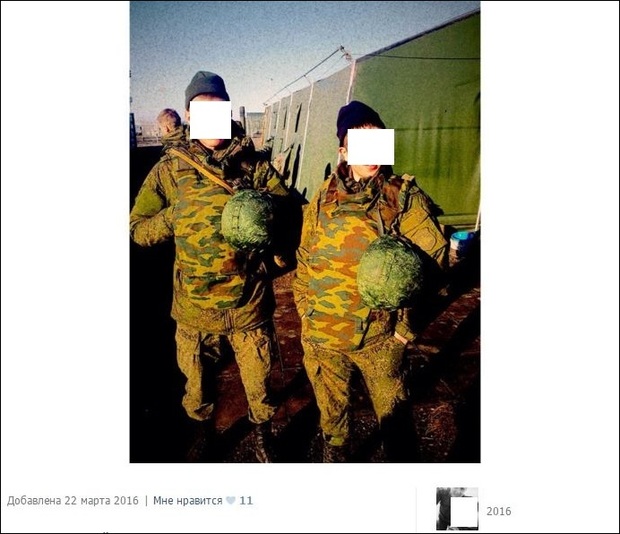 It is also necessary to reiterate that the 136th MRB battalion is not the only fresh military unit deployed in Rostov Oblast. Apart from this unit, the redeployment of troops from other military areas has been observed. In particular, the movement of multiple launch rocket systems 9P140 «Uragan» of the 338th Reactive Artillery Brigade, military unit 57367, Novosysoevka, Primorskiy Krai, Eastern Military District. According to our estimates, at least one reactive artillery unit consists of at least six MLRS.

In the light of the above, it is logical to assume that this particular unit of the Eastern Military District is not the only one relocated from the Russian Far East to Ukraine. For example, the third picture shows what appears to be a military train convoy loaded with ZSU-23-4 «Shilka», probably on the way to the southern parts of the Russian Federation.

Our OSINT-team will continue to gather intelligence in order to identify Russian military assets. All relevant information which is obtained will be disseminated in due course. We also want to emphasize that the Kadamovskiy military training site in the Myasnikovskiy Area is the most important operating base of Russian troops in Rostov Oblast. As our previous studies have shown, this site is used to deploy troops in Donbass.

The above images have intentionally been digitally obscured to prevent the Russian intelligence from the identification of sources of information.

InformNapalm has developed an online database that contains observations and investigations of Russian military involvement in Ukraine, displaying evidence of deployment of at least 60 Russian military units: bit.ly/RussianPresenceEN.

CC BY 4.0 – Original article written by Irakli Komaxidze, translated by A.L. Upon reuse of the material, an active link to the author and our project is desirable.

Comments are closed.
Become a Patron!