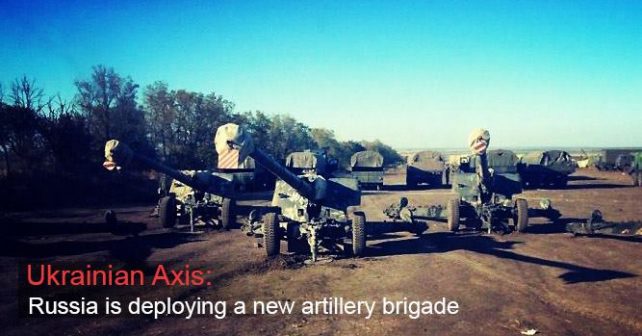 InformNapalm international intelligence community keeps a close watch on the militarization process of Russia’s south. Our assumptions often find their confirmation at a later date.

According to recent Russian media reports (dated February 3, 2017), Russian Ministry of Defense initiated the deployment of the new 227th artillery brigade in Maikop (Adygea) in the Southern Military District of Russia. The brigade is provided with long-range Msta-B howitzers, Uragan multiple launch rocket systems (MLRS), anti-tank missile systems, UAVs, intelligence systems and automated control and command systems. The Ministry of Defense also plans to arm 227th Artillery Brigade with the cutting-edge 2S35 Koalitsiya self-propelled howitzers and updated Uragan-M MLRS. The formation of the new military unit began in late 2016. It is planned to finish this process by the end of 2017. The full title of the military unit is 227th Tallinn Order of Suvorov Red Star Artillery Brigade.

We would like to remind you that InformNapalm foretold a new artillery brigade formation in Adygea back in April 2015. In the conclusion of the article titled Uragans of 943th Rocket Artillery Regiment in Crimea we mentioned about plans to form a new artillery brigade formation on the basis of 943th Rocket Artillery Regiment (military unit 21797, settlement of Krasnooktyabrskiy, Maikop region, Adygea, of the Southern Military District of Russia). The brigade as supposed to be reinforced with cannon artillery battalions. The decision made all the sense after the relocation of 291th artillery brigade from Adygea into Ingushetia. The personnel and armament of the latter were detected on Rostov-Ukraine missions. 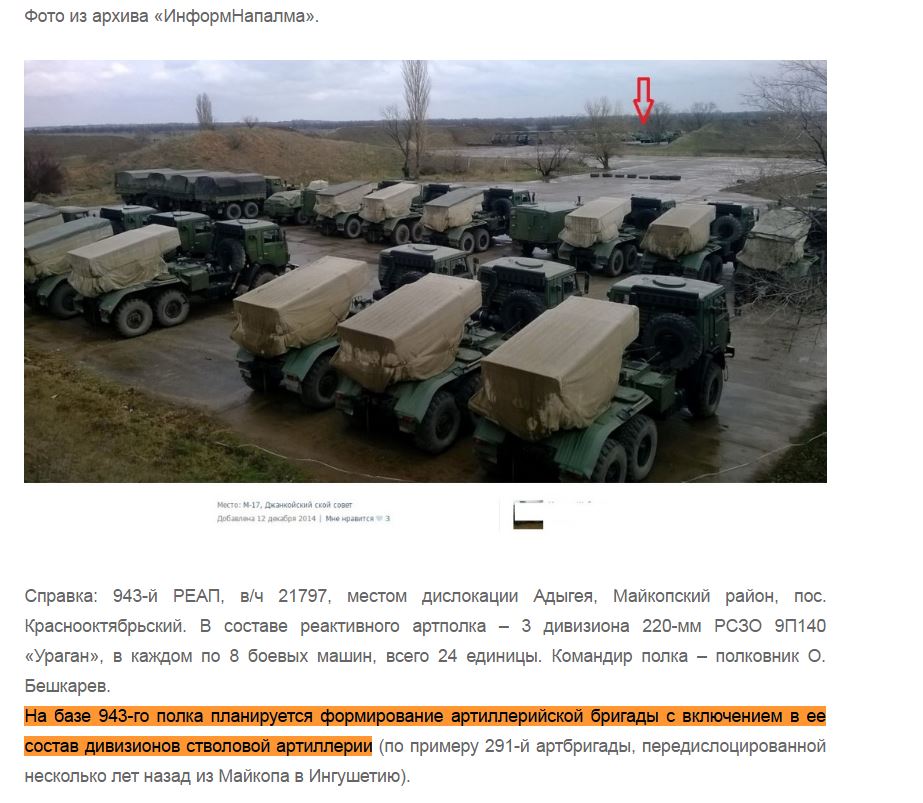 InformNapalm’s military consultants see two options for the formation of 227th Artillery Brigade. One rocket artillery battalion from 943th rocket Rocket Artillery Regiment could be assigned to the new brigade (the regiment has 3 battalions with 24 Uragan MLRS all in all), whereas two rocket artillery battalions will remain the regiment. Otherwise, 943th rocket Rocket Artillery Regiment could be fully merged into the new 227th Artillery Brigade.

This is not the first spoiler by InformNapalm. For example, long before the official statement of the Russian Ministry of Defense, we got to know about the plans to reform some of the infantry brigades from Chechnya into regiments. That means those military units will be reduced and downgraded to include them into new 42nd Motorized Rifle Division.

This publication was prepared by Irakli Komaxidze , translated by Denis Whoknows, edited by Artem Velichko