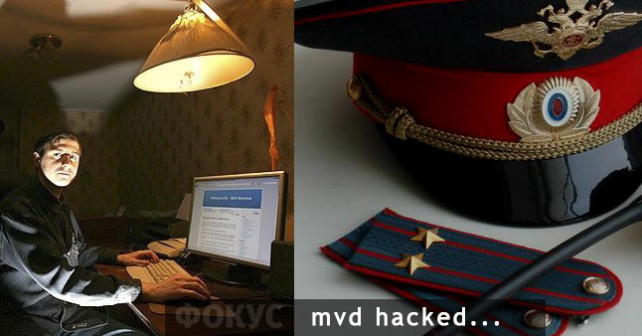 Ukrainian cyber-volunteers, coordinated by a programmer by the name of Eugene Dokukin, published the first part of an information download, hacked from servers of Russian Federation Ministry of Internal Affairs in October 2014.

The 1.78 GB of archive documents were posted on multiple file storage to share. To download and read the full data revealed by hackers is possible at: Disk Google.

Among the body of documentation from the Russian Ministry of Internal Affairs were several documents confirming the involvement of the security forces of Russia in the war in the east of Ukraine. While this war is called a `civil war’ by Russian propagandists and this evidence is additional information proofing that de facto terrorists actions in the Donbas are tightly coordinated and sponsored by the Russian Special Services.

In one of the emergency reports dated August 26, 2014 and addressed to the Chief Directorate of the MIA of Russia in Rostov Region Police Major General A. Larionov, is reported:

“On August 25, 2014 at around 3.50 pm the fact the following soldiers were injured – M. Polstyankinym, O.Volgin, A.Alekseev , A. Gerasimenko, from the Russian military unit №51182 extending service at Millerovo, during their clashes with the forces of the National Army of Ukraine, this occurred 10 km northwest from the village of Prohnoy, Tarasovskoye district. At 6.52 pm on August 25, 2014 wounded soldiers were evacuated to Rostov Garrison Hospital with a Mi-8 helicopter of the Russian Armed Forces “. 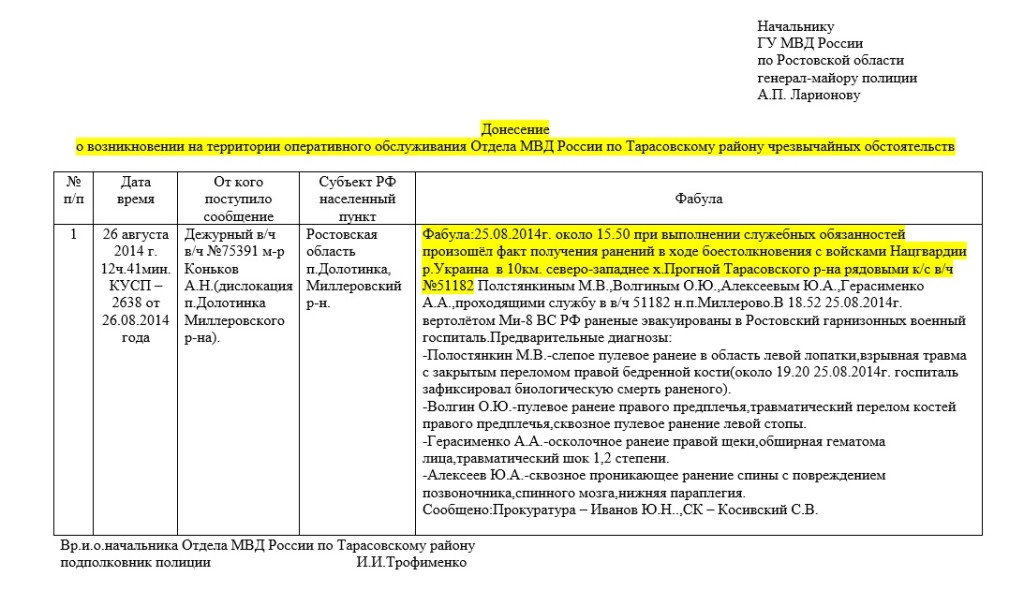 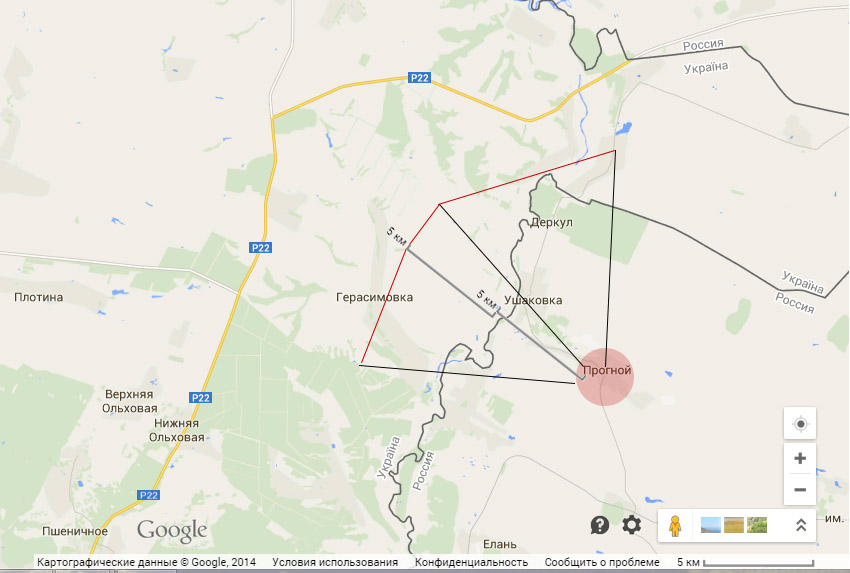 Also among the number of documents from the server of the Interior Ministry the image of a report on Russia’s wounded was selected. In a report titled “Information on finding the wounded arrived from Ukraine on September 27 “, the total number mentioned being 237 soldiers wounded. Special interest was aroused from the recorded conversation of the two wounded soldiers, who were accompanied by the FSB security. 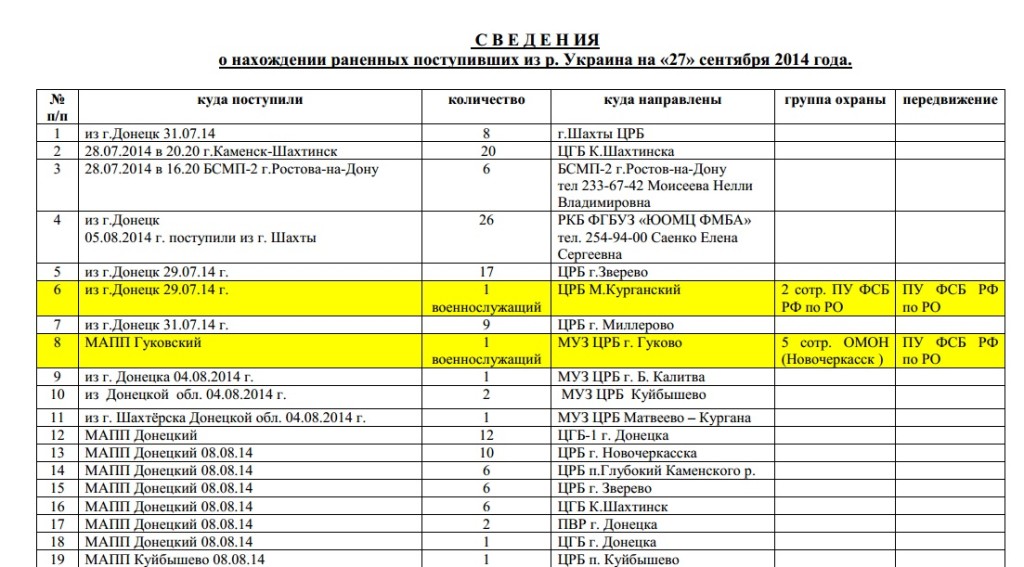 Another interesting document is a report to the Deputy Chief of the Police Department in the Rostov region, RF, police colonel A. Schur, which informs:

“In response to the Order of GU MVD of Russia PO № 503 of 08.27.2014, in order to prevent the trafficking of weapons, ammunition, explosives from Ukraine to the territory of the Rostov region, bodies of Internal Affairs Directorate of the MOI of Russia in the Rostov region located in the border region, formed 13 additional mobile units stationed in close to the exit of the highway M-4 “Don” and M-23.”

On the basis of this decision Russian mercenaries with weapon cannot get back into the Russian Federation and the Russian security forces actually play a one-side game; letting terrorists in Ukraine, but not taking them back. It seems, the Kremlin authorities still fear the outflow of weapons back to Russia and the possibility that an armed insurrection could begin on their own territory. 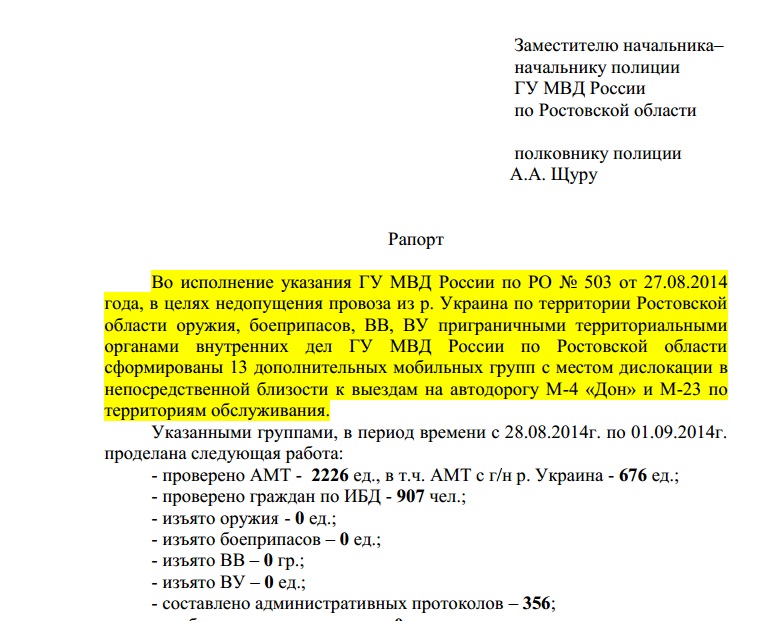 The material is prepared specifically for InformNapalm and based on data provided by Ukrainian cyber troops. When reprinting the information, link to our site is obligatory

No Responses to “Ukrainian cyber troops hack into the servers of Russian Federation: Evidence of Russian military actions revealed.”