9 hacks on MAY 9: successful operation of Ukrainian hackers #OpMay9 (VIDEO) 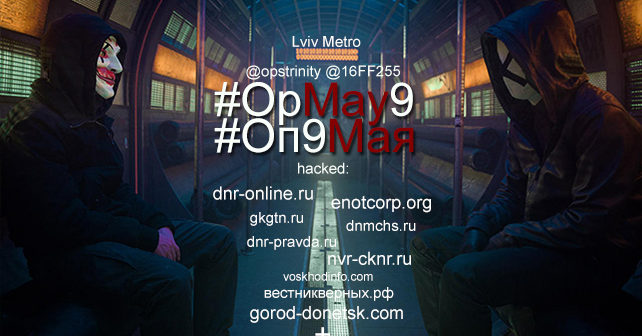 Ukrainian hackers of the anonymous cyber-group alliance   FalconsFlame   and   Trinity   launched an operation at 00:00 on May 9, 2016 coded   #OpMay9. It involved 9+ successful hackings of the web sites of Donetsk People’s Republic (DPR) terrorist organization, Russian private military companies (PMC’s) operating under the protection of the FSB in Ukraine and Syria, as well as Russian web outlets disseminating aggressive anti-Ukrainian propaganda.

On the defaced websites, the hackers left the hashtags #OpMay9 and #оп9Мая, as well as 3 short videos about the World War 2 and the contribution of the Ukrainian people in the victory over Nazism.

Follow these links to view the videos which were posted on the defaced web sites:
Eternal Glory to the Heroes! UKRAINE in WW2
Eternal Glory to the Heroes! WW2 veteran Ivan Zaluzhny lost a grandson in the war in the east of Ukraine
7 million Ukrainians fought Nazism in the Allied armies
The hackers used again the meme of “Lviv Underground” for their new address that was embedded on the defaced terrorist web sites.

It is worth noting, that the Ukrainian cyber-guerillas exclusively granted InformNapalm access to their video in advance, saying that as soon as it is published on YouTube, they will start their operation and will show “how easily light overcomes darkness”.

By the way, the mercenaries of the E.N.O.T corp have repeatedly featured in the InformNapalm investigations.
In April 2015, the information collected from open-sources revealed that Russian social movement People’s Cathedral and Vladimir Khomyakov, the co-chairman of the Russian party Great Fatherland were behind this organization. The People’s Cathedral includes more than 250 different organizations and groups across Russia, including the “war vets” and “military-patriotic” organizations, which traditionally are under the patronage of the Federal Security Service, the principal security agency of the Russian Federation.

Infographics: private military companies (PMCs) on combat missions abroad in the interests of the Russian Federation.


According to the hackers, web site of the E.N.O.T corp PMC and of the Messenger of the Faithful propaganda outlet are on the same host. It is listed to the telling name of certain Evgeny Gennadievich Besov (note: “bes” in Russian means a demon). 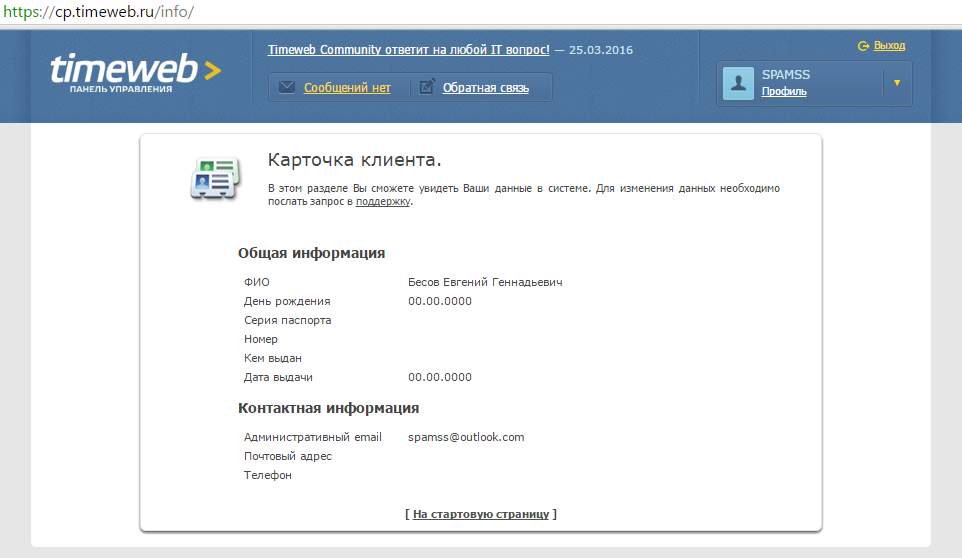 Thus, on May 9, 2016 Ukrainian hackers performed one of the most complex and unprecedented information operations, having penetrated and paralyzed the whole network of Russian web outlets supporting terrorist activities against Ukraine.

In their video address, they sent a message which is very important and necessary today:
“…We have enough strength and will to successfully overcome the aggressor, it only takes faith and contributing efforts from all of us to reach the common victory.…”. Their words are matched by action.

The international volunteer community InformNapalm calls for the active dissemination in the media and on social networks of the information about this local, but nevertheless very impressive victory of the Ukrainian volunteer community.  We won then, and we will win again. God willing! Glory to Ukraine!

4 Responses to “9 hacks on MAY 9: successful operation of Ukrainian hackers #OpMay9 (VIDEO)”