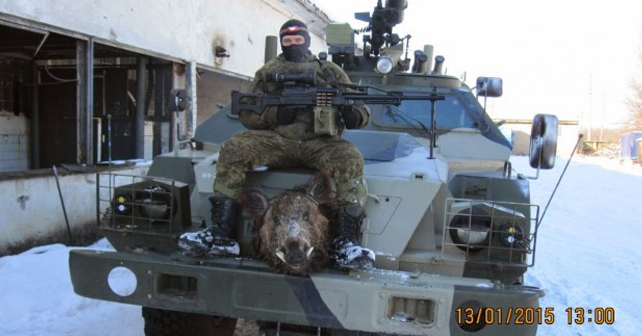 The assault on the height 307.4 near Sanzharivka in Donetsk Oblast of Ukraine ended in a disaster for the private military company (PMC) Wagner: eleven Russian citizens on its roster were killed, two tanks, and two Dozor armored vehicles were destroyed. InformNapalm collected the data and facts about the Russian mercenaries, whose bodies were deemed of less value by the command than the wrecks of their vehicles.

On December 28, 2014, the first photos of the Russian BPM-97 or KamAZ-43269 infantry mobility vehicles (IMV) deployed in Ukraine appeared on the web. Those particular vehicles were of Dozor modification designed as armored reconnaissance and patrol vehicles for the ground forces. At that time, volunteers of InformNapalm established that the Russian equipment was spotted in Luhansk, at Transpele logistics center. 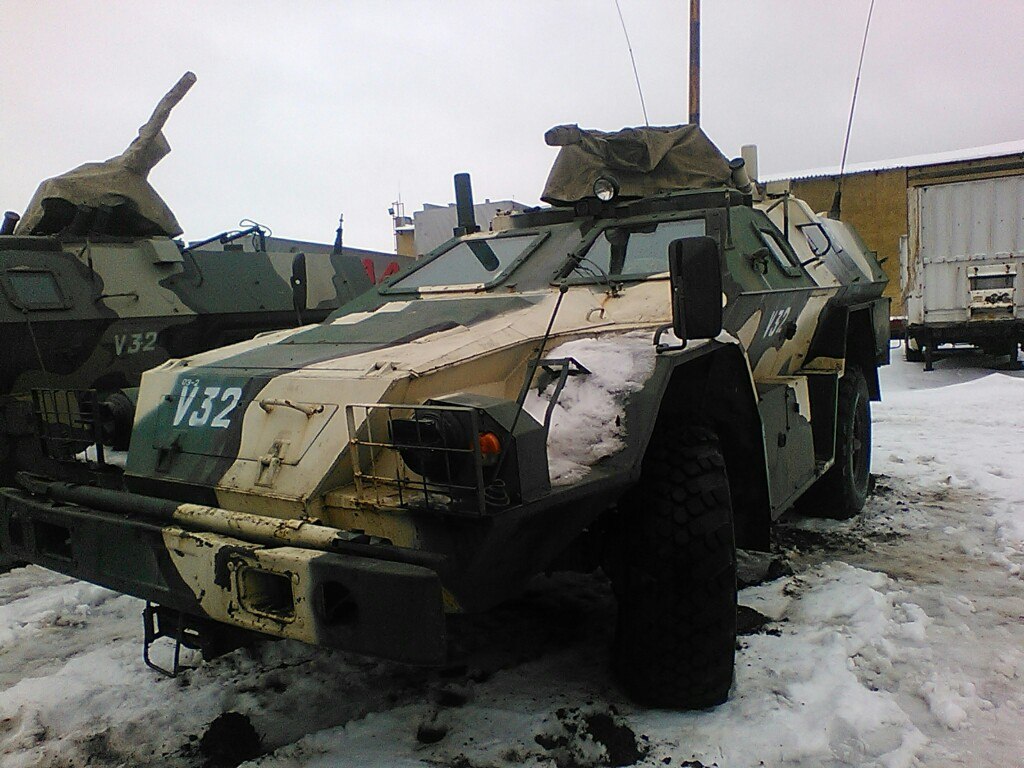 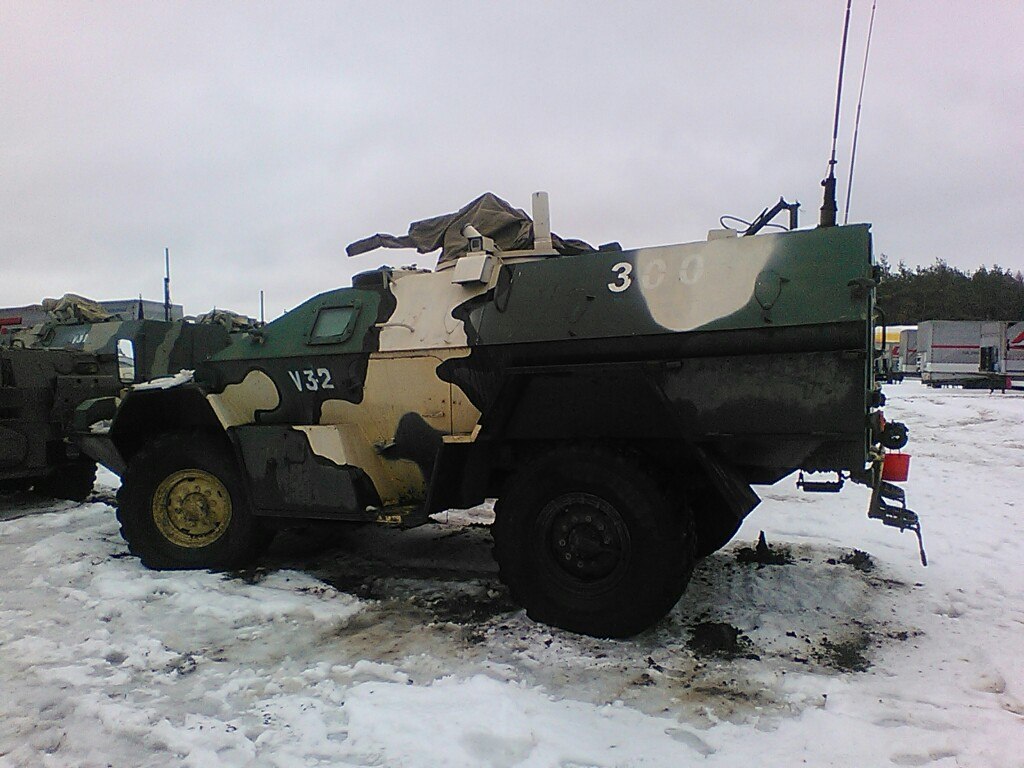 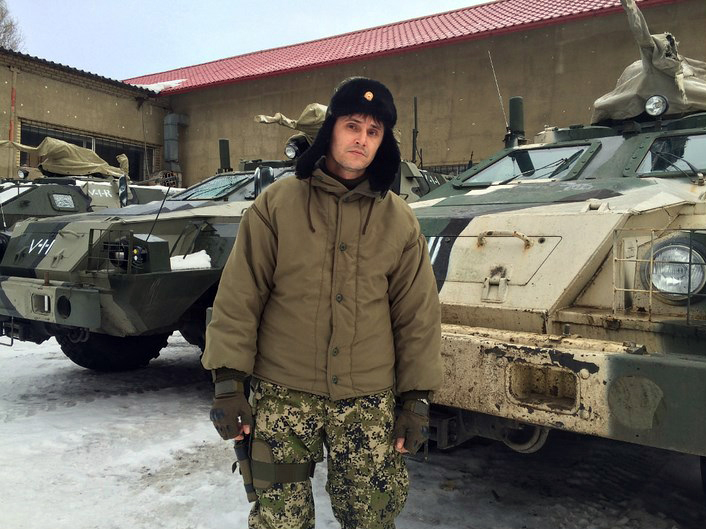 Later, we found a video dated January 24, 2015, where a convoy of KamAZ-43269 Dozor vehicles, armored personnel carriers, and army trucks was traveling in Russian territory towards Rostov-on-Don, escorted by Russian traffic police.

The video apparently shows a convoy of PMC Wagner with the equipment redeployed to their base in Molkino, Krasnodar Krai. The video features a Dozor IMV with the side number 300, which had been previously photographed in Luhansk.

In June 2018, another video appeared on the web, posted from the telephone of a Wagner mercenary.

In the video, at 05:53, Russian Dozor IMVs are also visible. This video was taken a day or two before the assault on Valera strongpoint near Sanzharivka, Donetsk Oblast, Ukraine.

Serhiy Lukashchuk, a BMP-2 gunner of the 128th Mountain Assault Brigade of the Ukrainian Armed Forces described this engagement as follows:

“On January 28, at 4:00 pm, a convoy of 3 tanks, 3 Vystrel vehicles, an MTLB with a mounted ZU aerial gun and 3 Ural trucks with infantry moved towards our position. Shortly before that, we had scored some reinforcements of 2 tanks, which saved our lives! At that time, there were about 20 people on the position. Had the enemies known that there were so few of us, they would have never backed off. In that engagement, the enemy lost 2 tanks, 2 Ural trucks, an MTLB and 2 Vystrel IMVs [ed.: the author mistook the Dozor vehicles for Vystrel, a later modification of KamAZ-43269]. It was impossible to calculate the personnel losses. Two weeks later we went to look at the remnants of the convoy, and we found many burned and torn bodies there.” 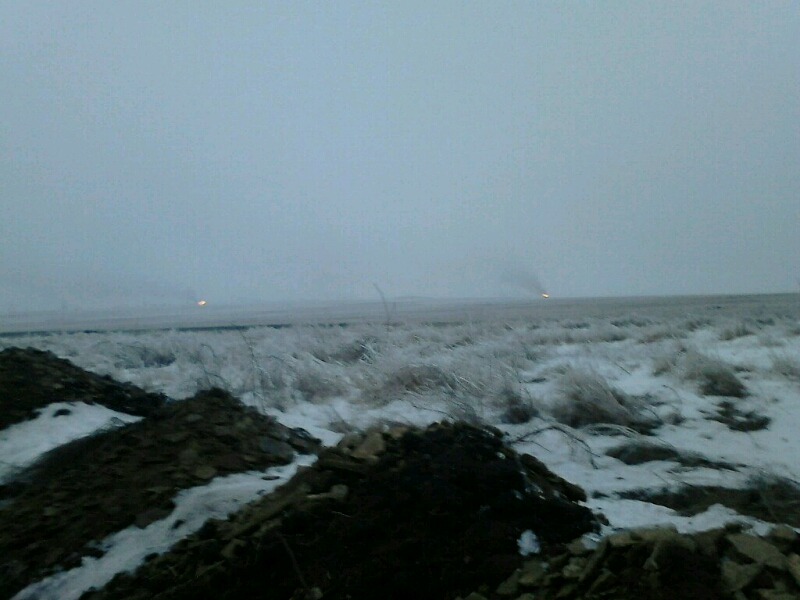 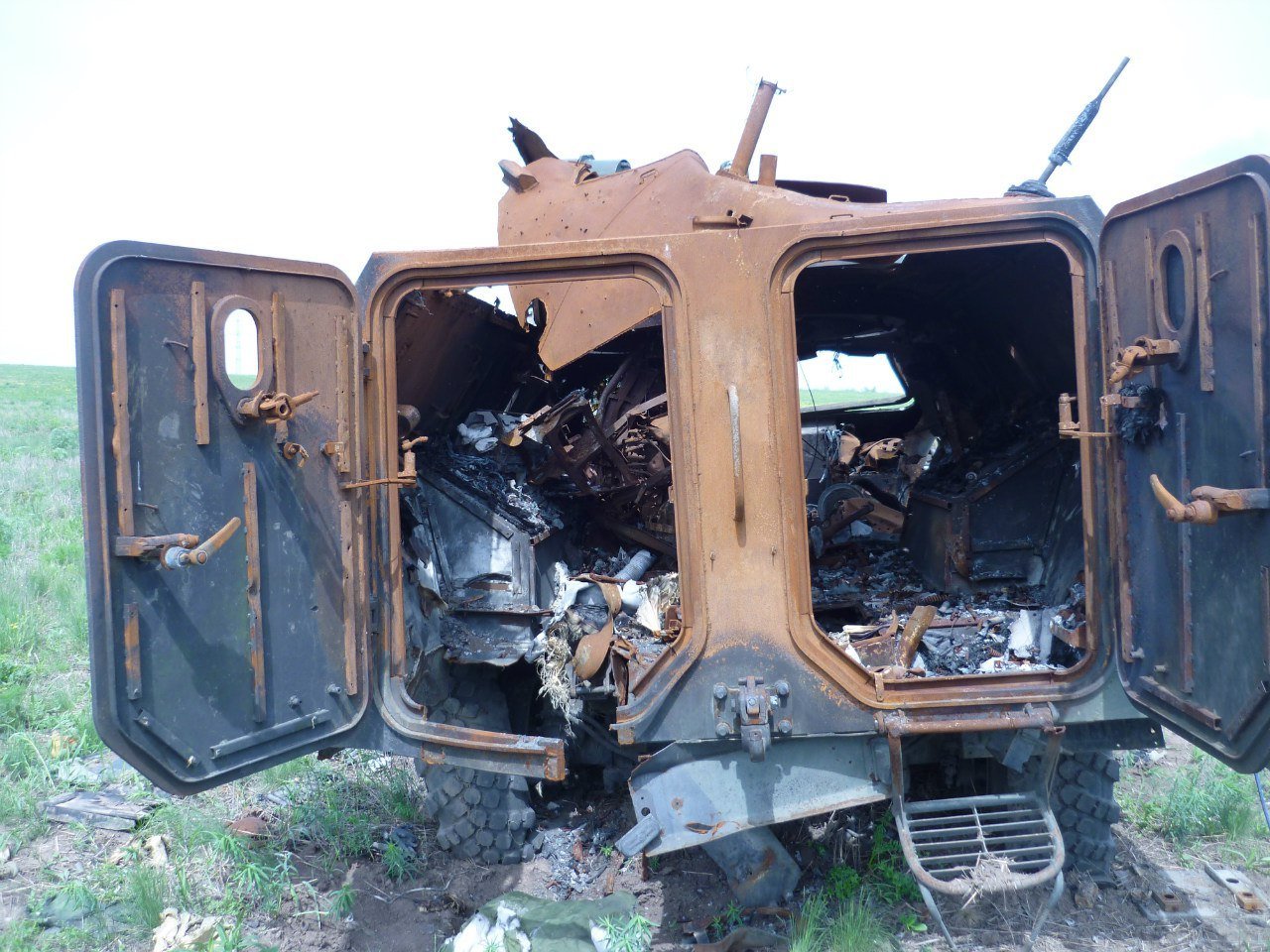 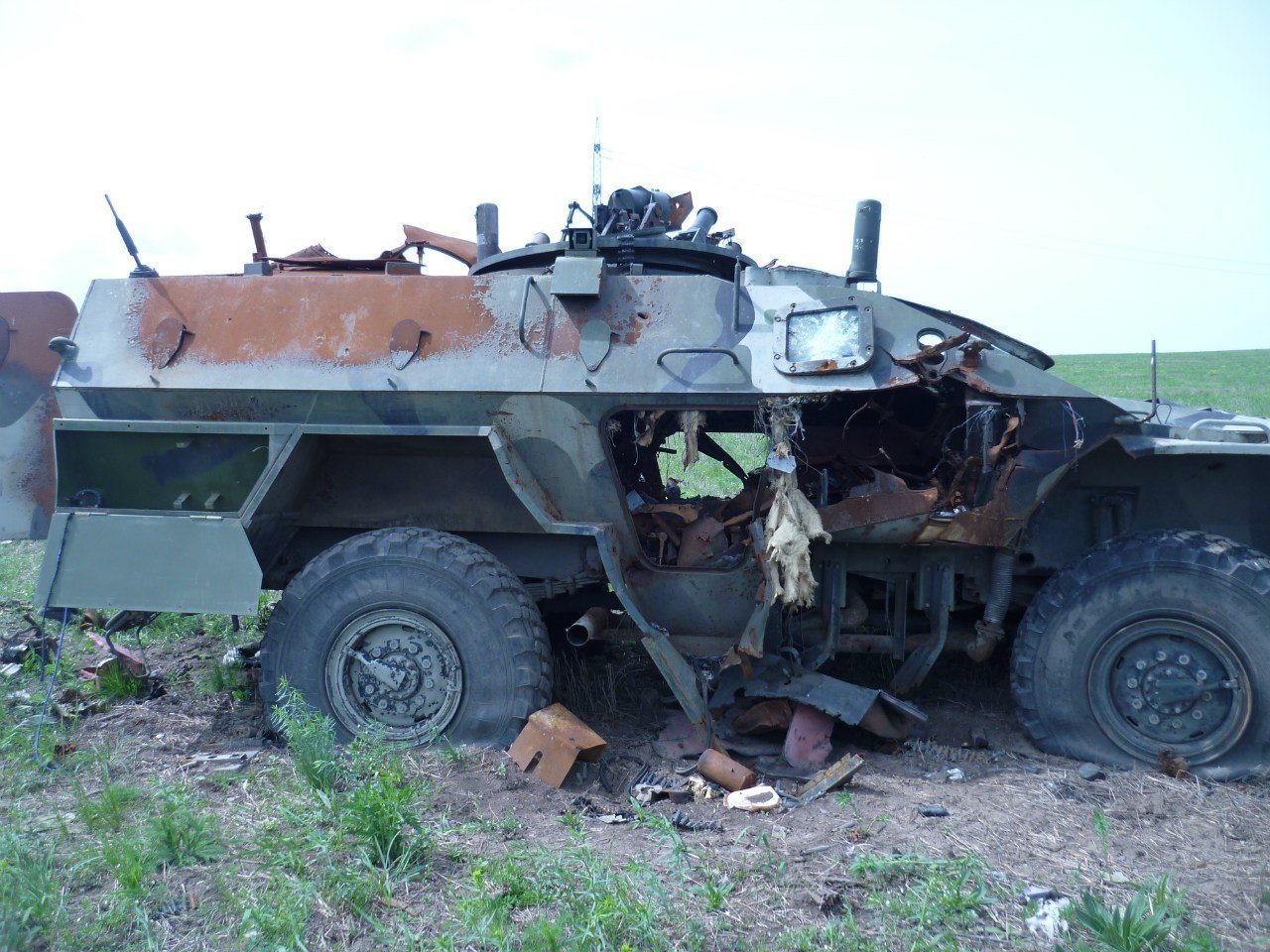 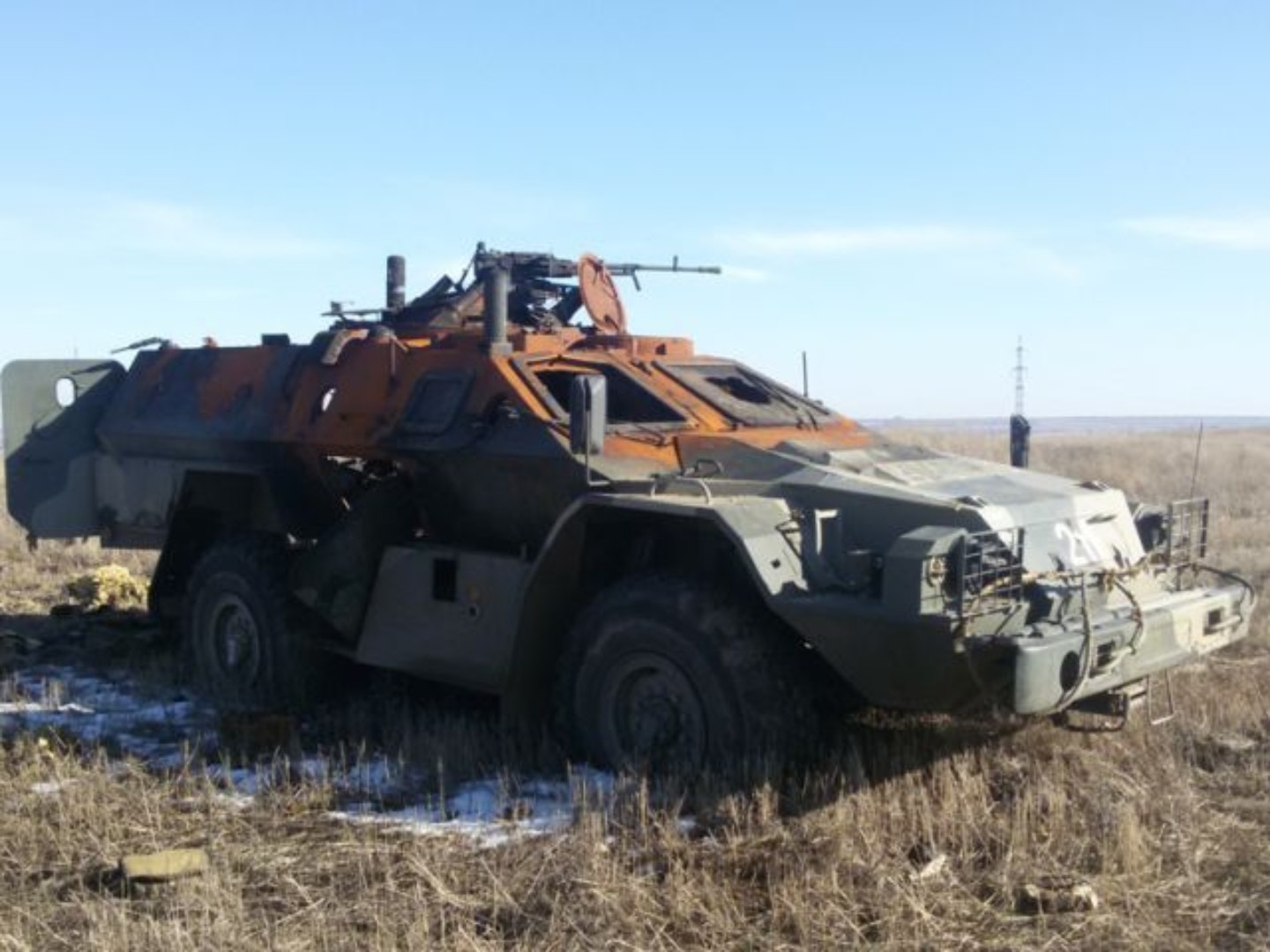 In May 2018, the Security Service of Ukraine published an intercept of telephone conversations between Dmitry Utkin, the commander of PMC Wagner, a citizen of the Russian Federation and a former officer of the special forces of the Main Intelligence Directorate (GRU) (personal number M-0209) and his subordinate Sergey Kovalev, also a Russian citizen (personal number M-0274). As the battles of Debaltseve still raged on, Utkin instructed Kovalev to urgently evacuate the wrecks of Russian military equipment.

KamAZ-43269 Dozor IMVs are in service with the Russian army only, so their capture by the Ukrainian military would have given Ukraine another very compelling piece of hard evidence of Russia’s direct involvement in the Donbas war. Apparently, these prospects made Utkin and his commanders very uneasy.

From the audio intercept, it becomes clear that Utkin was more worried about the fate of the damaged hardware than the wounded and dead Russian mercenaries. Urgent evacuation of the damaged Dozor vehicles was conducted at considerable risk by the technical support platoon of PMC Wagner, headed by another Russian citizen Alexey Borodiy (personal number M-1009), a former serviceman of the 10th Special Forces Brigade of the GRU. He was later wounded during the Debaltseve offensive and evacuated to Russia.

On October 7, 2017, at the press briefing, the head of the SBU published the names of the mercenaries of PMC Wagner killed in action near Debaltseve.

Using the information in the report, InformNapalm together with the volunteers of the Ihtamnet_0209 project correlated the dates of deaths and the facts of participation of PMC Wagner mercenaries in the hostilities and identified 11 citizens of the Russian Federation who were killed during the failed assault on the height 307.4 or Valera strongpoint near Sanzharivka, Donetsk Oblast, Ukraine.

On February 18 and 25, 2015, PMC Wagner lost two other Dozor vehicles near Verhulivka, Luhansk Oblast. In total, they lost  four modern Russian armored vehicles near Debaltseve. Despite Putin’s attempts at plausible deniability, this type of equipment is not available through military surplus shops. 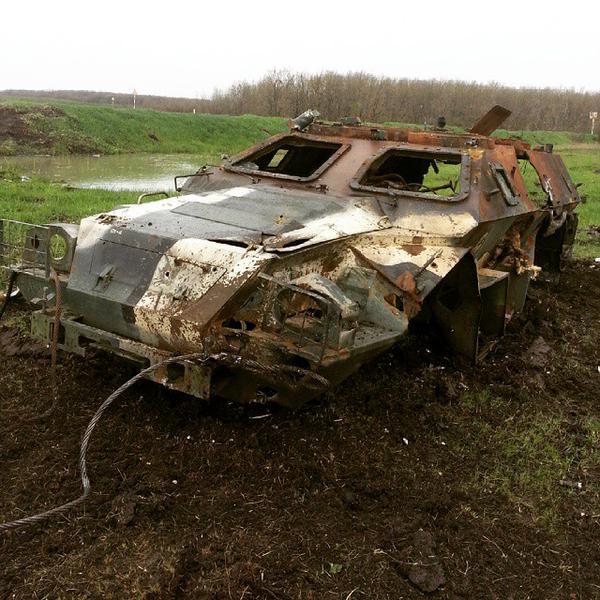 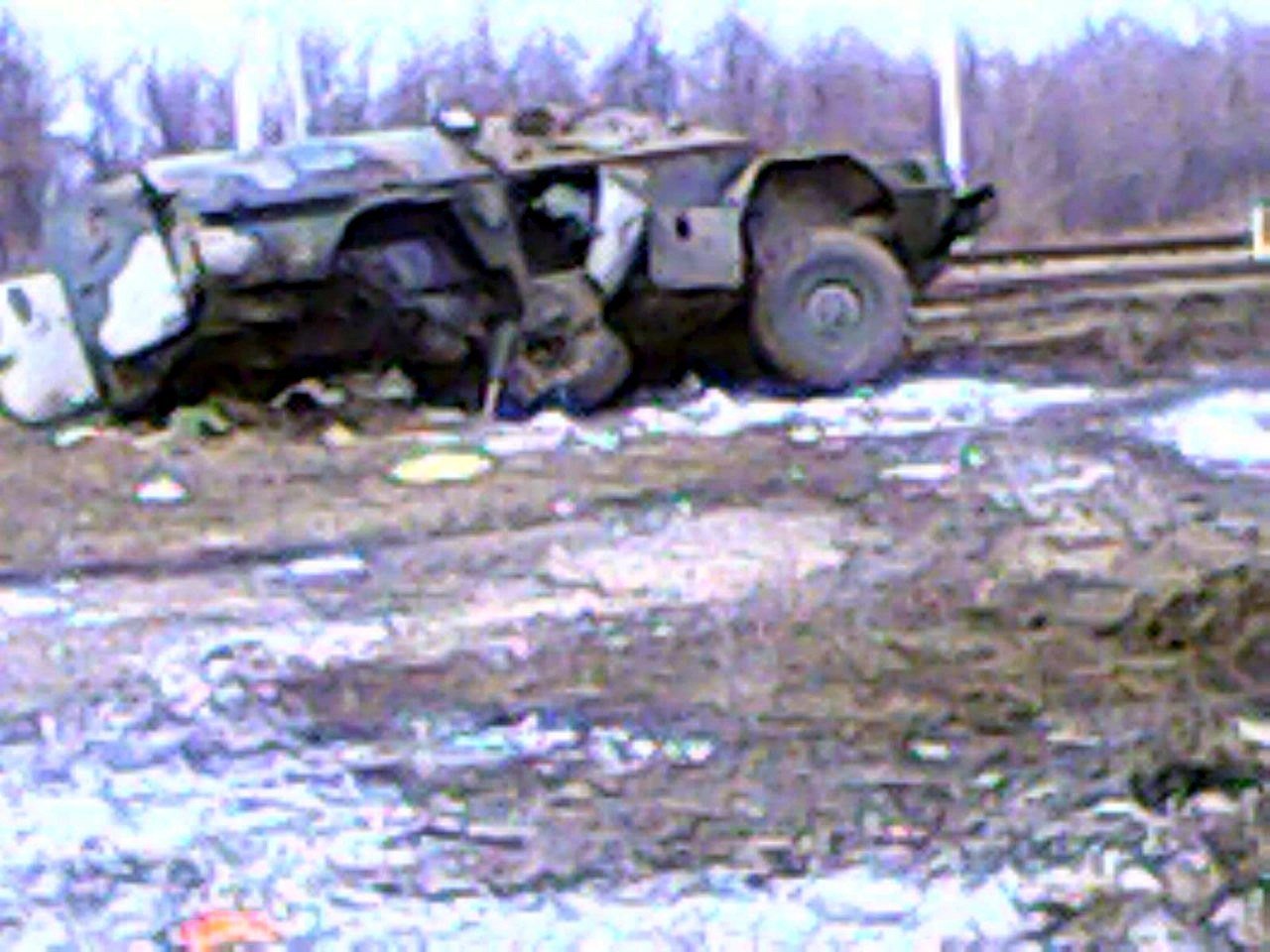 The Russian media, as well as the Moscow-controlled media in the occupied areas of the Donbas, have been trying to portray the war in the east of Ukraine as an “internal civil conflict” for over four years. They avoid the uncomfortable topics of the captured and killed Russian soldiers or of the modern Russian military equipment spotted in Donbas. They like to brag that “if the Russian Army participated in this war, we would have taken Kyiv in 3 days”. But this bravado goes against the facts. Hybrid war is not a head-on battle of fronts and armies. In fact, Moscow uses not only the regular soldiers and officers who have been repeatedly spotted in the Donbas and identified by InformNapalm, but also the PMCs under full control of the Russian intelligence agencies and military, operating abroad in the interests of the Russian Federation. And when it comes to actual combat, it is much more important for the Russian command to evacuate the defeated Dozor vehicles than the bodies of Russian citizens.

By Mikhail Kuznetsov specially for InformNapalm. Translated by Artem Velichko, edited by Max Alginin. Distribution and reprint with reference to the source is welcome!

No Responses to “Unlucky Dozor: Deaths of eleven Russian mercenaries near Sanzharivka”