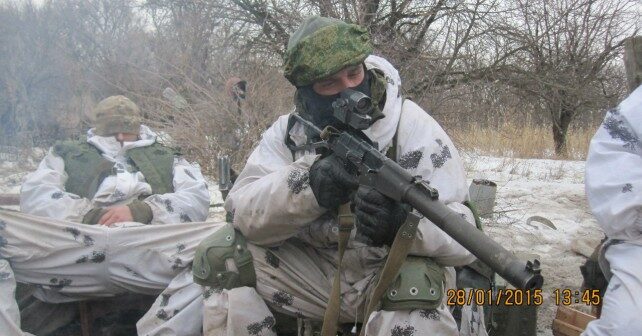 In January 2015, in the hostilities near Sanzharivka, a Russian special forces soldier with the last name Krivko was wounded. He comes either from Samara or from Moscow (apparently born in 1979). Here is his VK profile: http://vk.com/hakir79.

It is unclear whether he is a former special forces soldier or an active one, however in almost all photographs from the Donbas Kryvko poses with modern Russian equipment and weapons.

Near Sanzharivka, he went to the assault on a height with the silent automatic silent rifle AS Val (analogue of the VSS Vintorez) which is not available in Ukraine. It has been produced since 1987, but is in service only in Russia. These firearms are supplied to the Russian special forces. 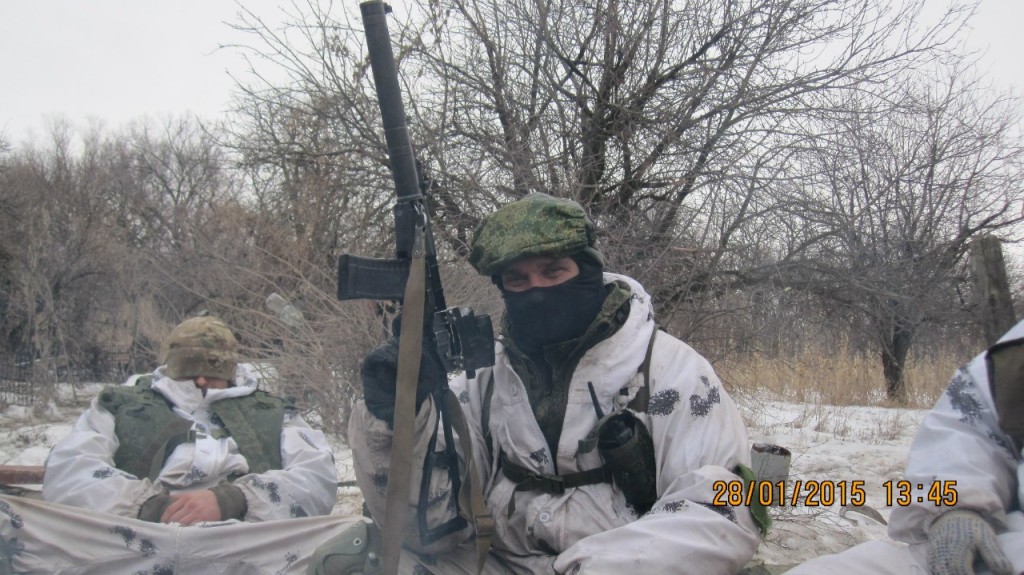 The outcome of the assault for this special forces soldier was disappointing, quote: “Before the assault on the height… In two hours I am 300” [Translator’s note: “300” means wounded in action].

Let us read the diagnosis written on a Ukrainian letterhead somewhere near Bryanka: “As reported by the patient he got a shrapnel wound in the right forearm at 15:30 on 01/28/2015 in combat near Snazharivka…” 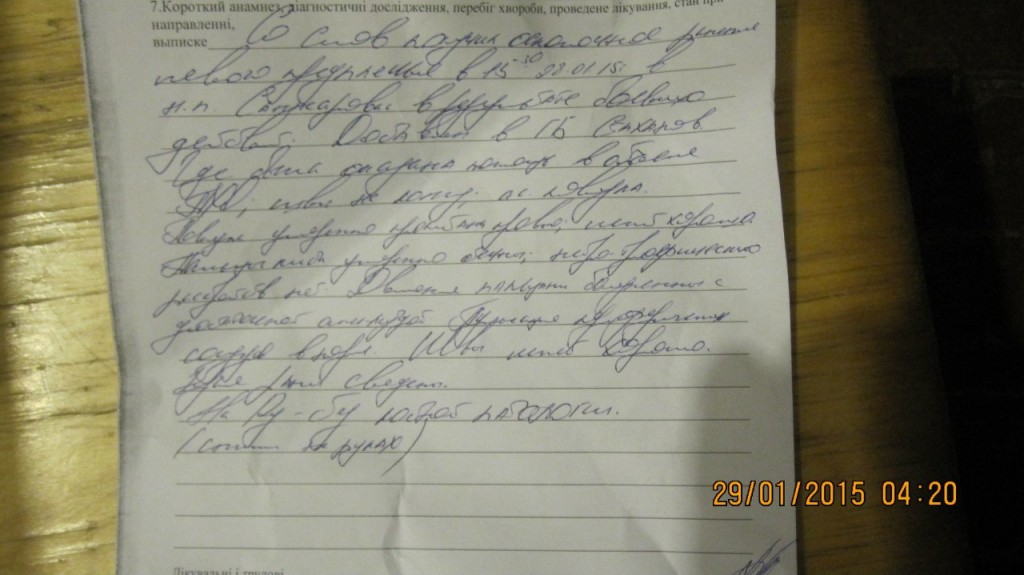 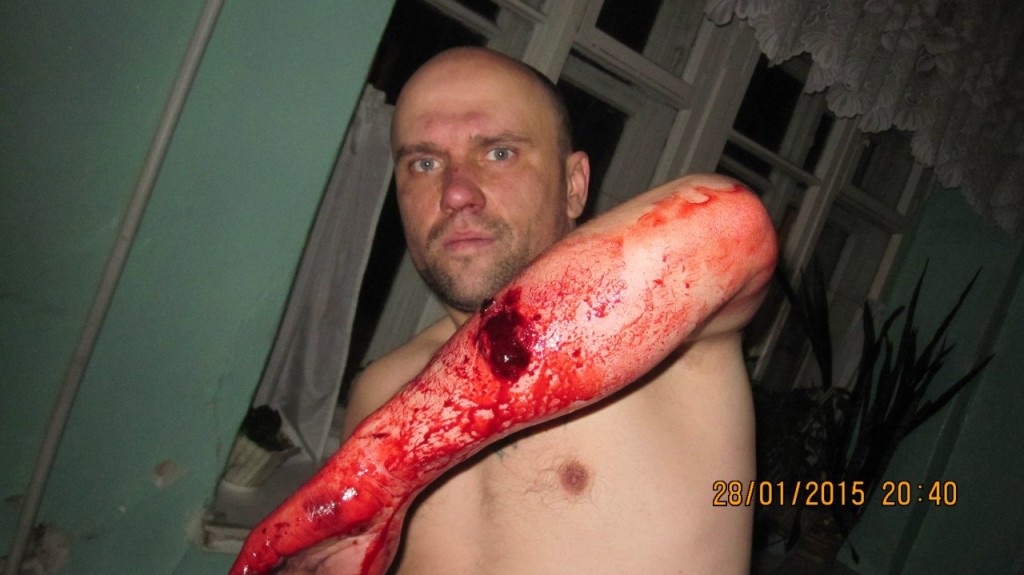 A week earlier, Krivko was photographed with a Russian Pecheneg machine gun in front of a Russian infantry mobility vehicle KamAZ-43269 Vystrel (also known as BPM-97); we noted the presence of these vehicles in Ukraine in our previous publications. 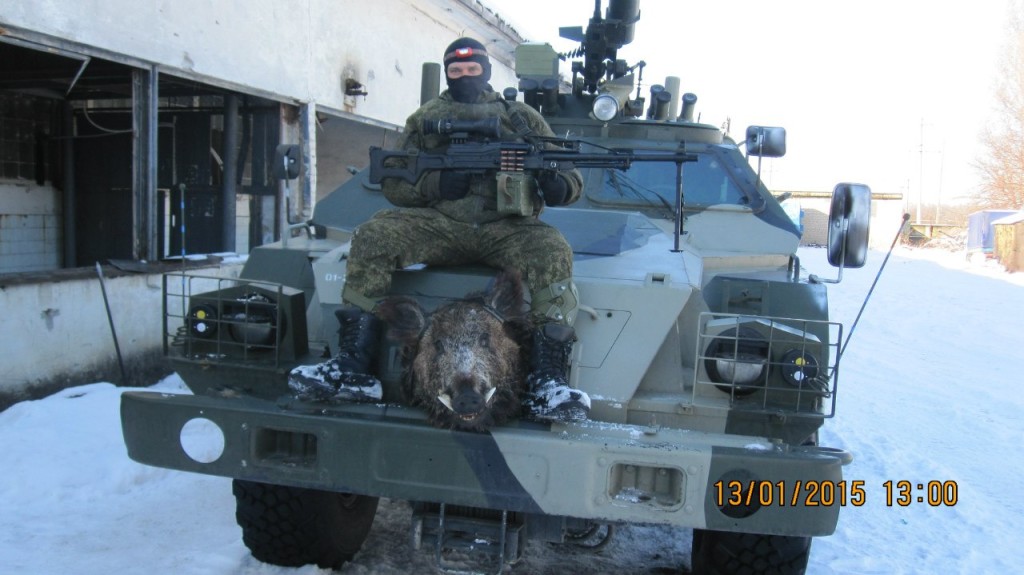 The Pecheneg machine gun has been produced in Russia since 1999 and is in service only in Russia, Kazakhstan, Yemen and Kyrgyzstan. 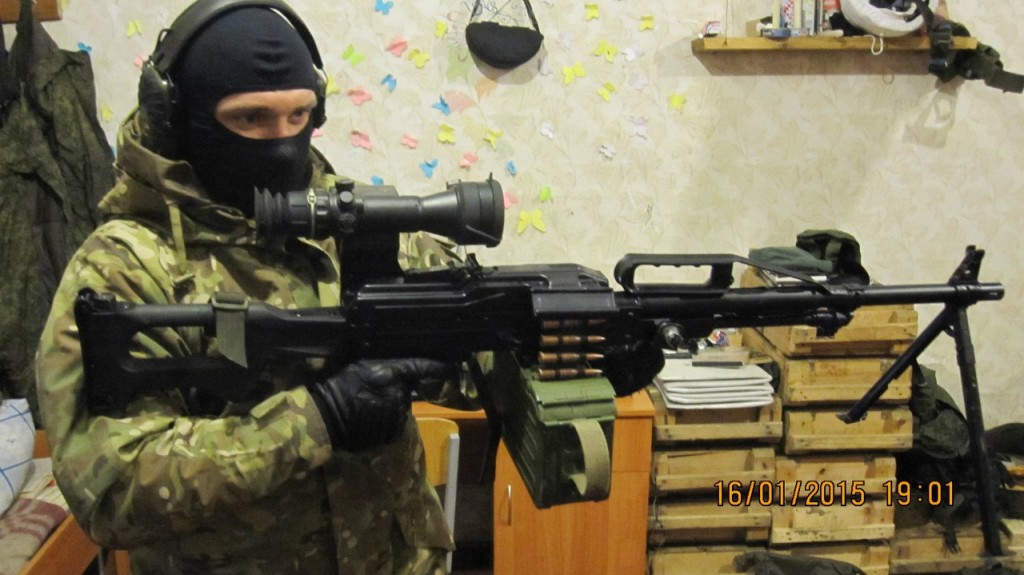 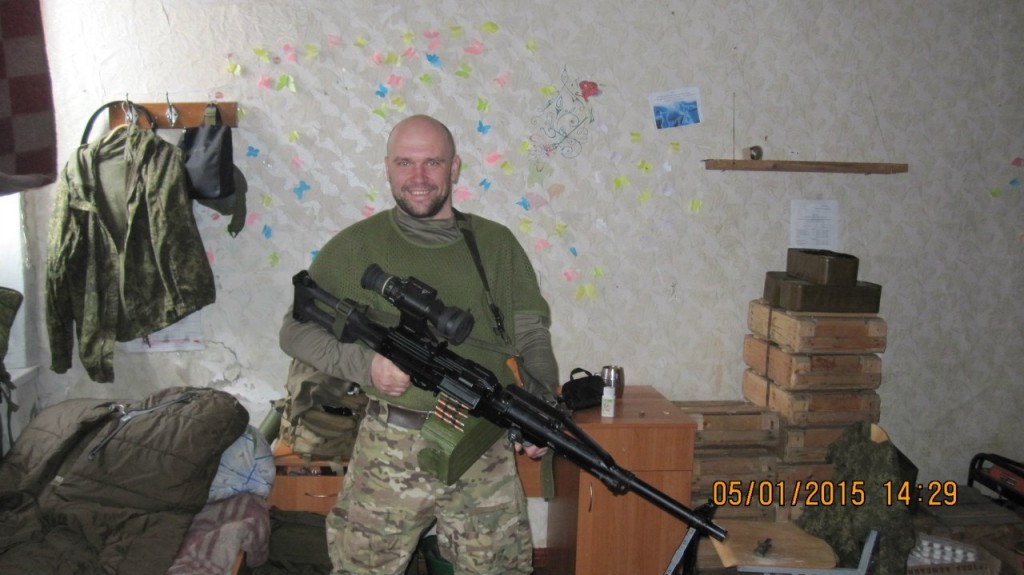 Vystrel armored vehicle has been in service with the Russian army since relatively recently. It was reported in service with the 7th Military Base of the Russian occupation forces in Abkhazia; it was also showcased at parades by various Russian special operations forces (as of 2013, only 150 vehicles were produced). These vehicles were spotted in Luhansk, at Transpele logistics center.

There is also photographic evidence where Krivko poses in one of the militant training camps, where he fires the latest Russian ASVK sniper rifle, which has been produced since 2004 and is used only in Russia: 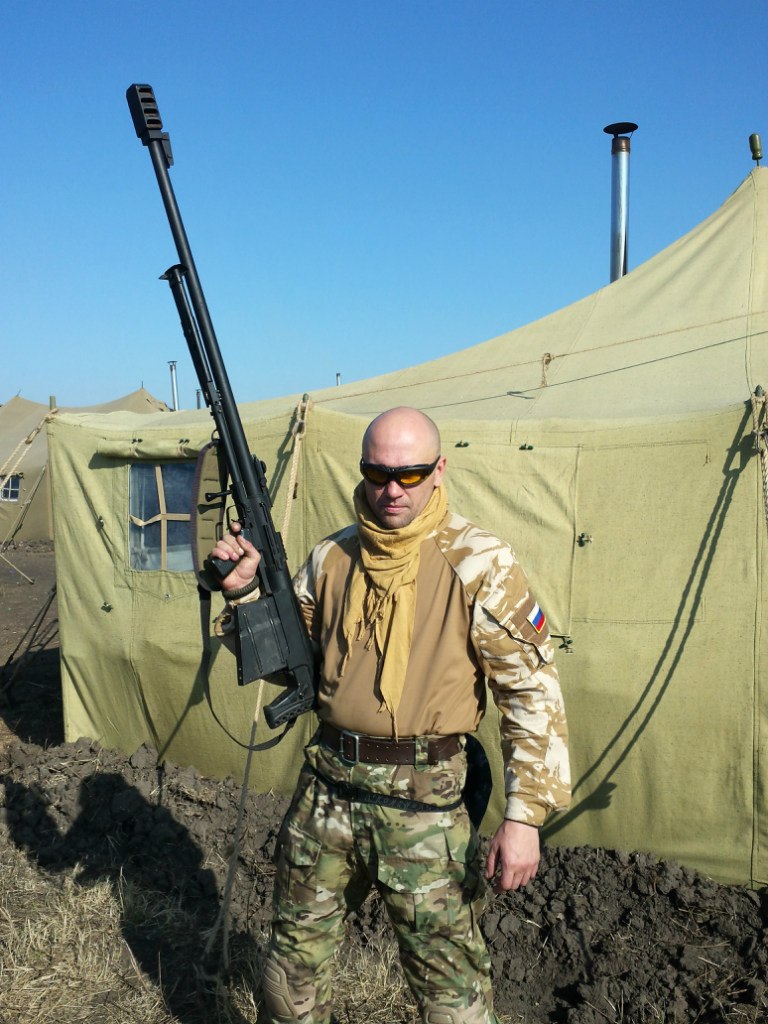 A closer look at the social media accounts of his friends shows us similar photos of this camp: 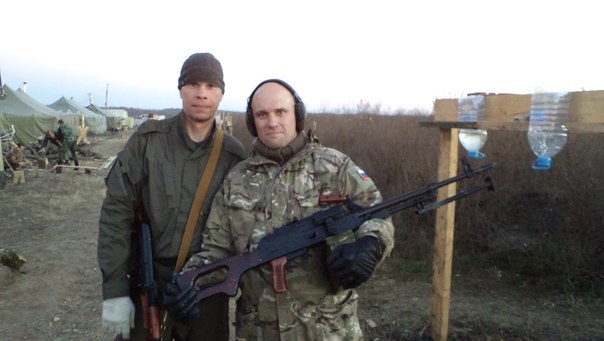 In this photo, Krivko is with his friend Ivan Antipov from Togliatti (born 1976, also took part in the war in Chechnya), probablly an employee of the Ministry of Internal Affairs (social media profile: http://vk.com/id35224974). 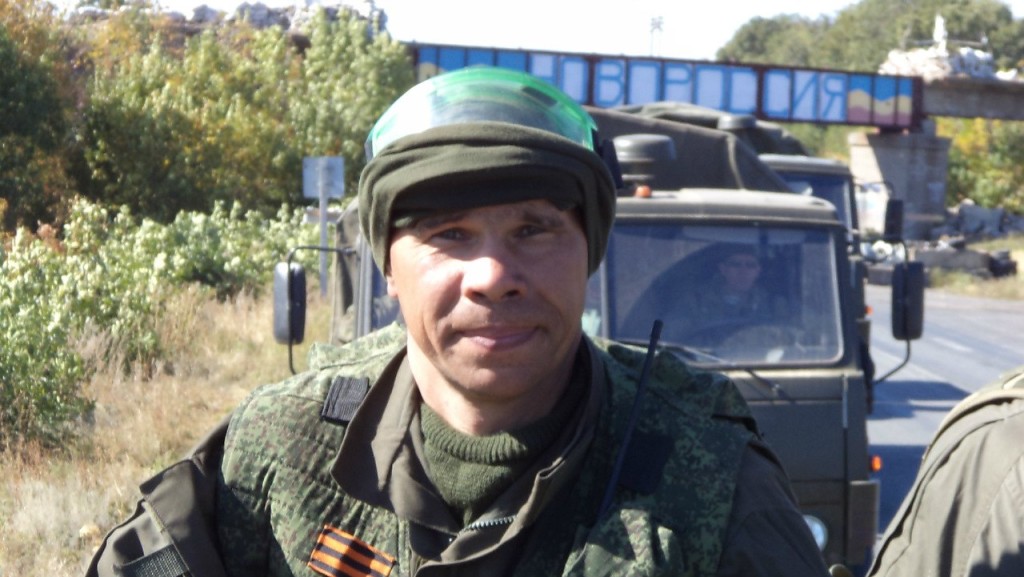 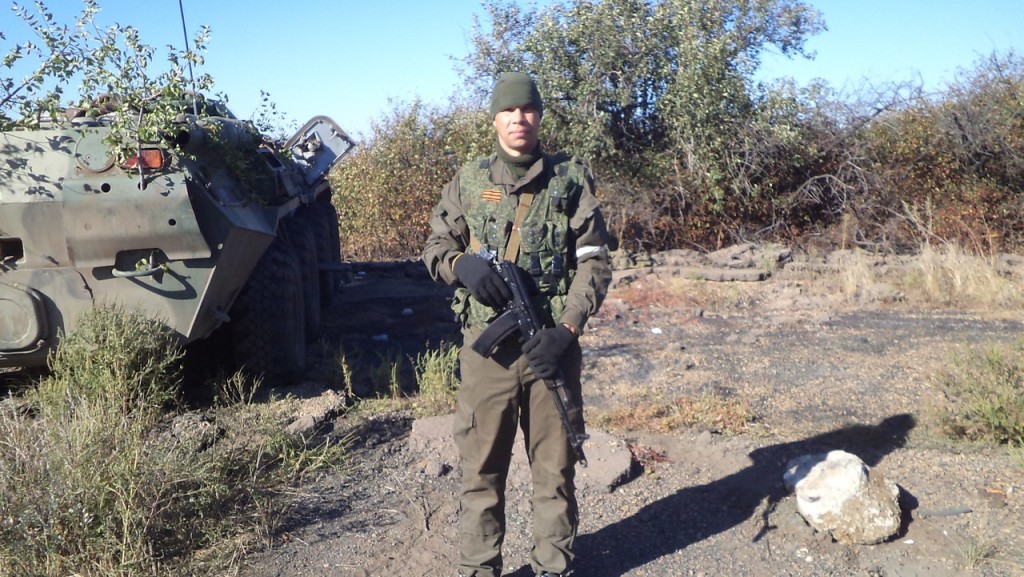 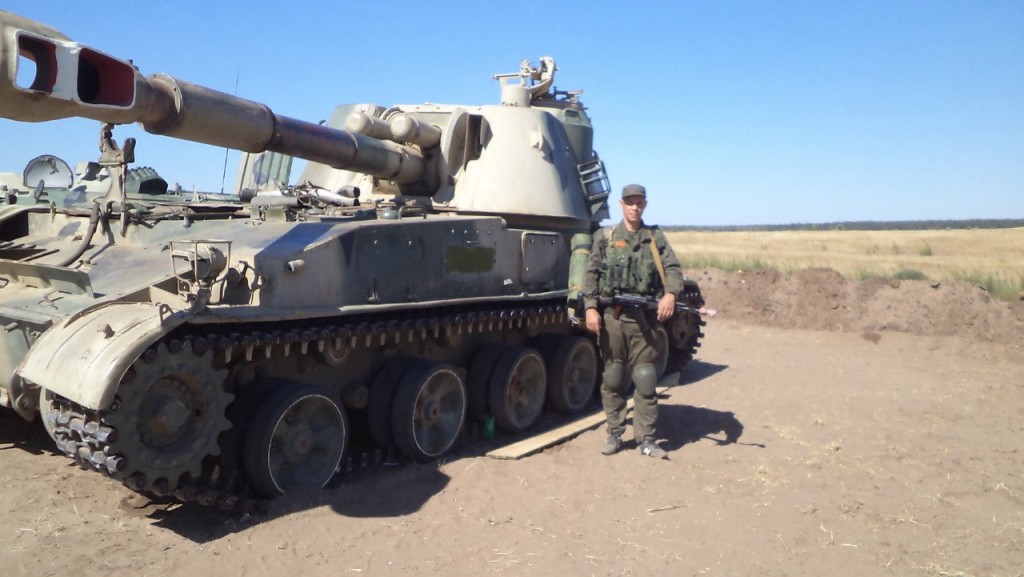 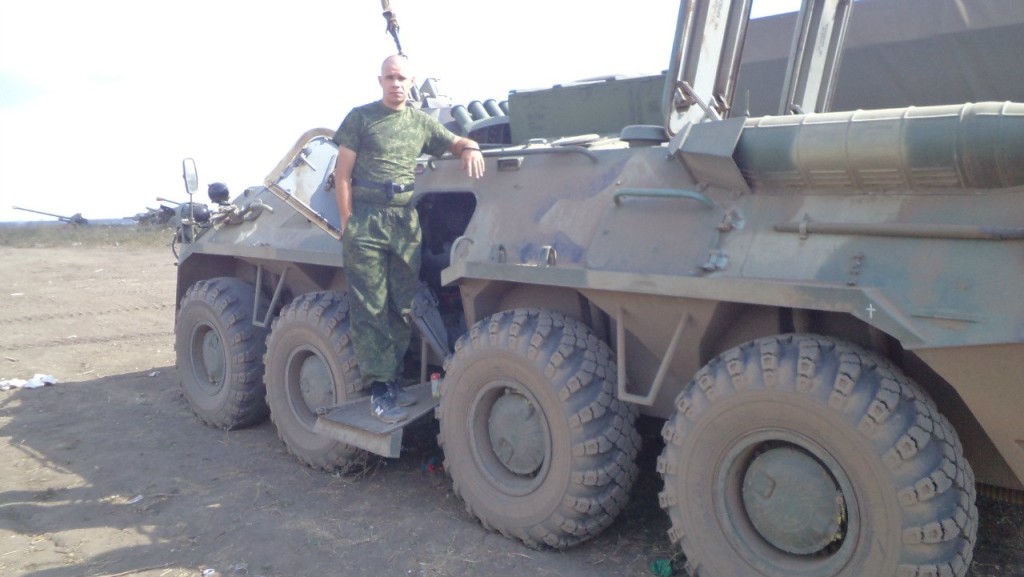 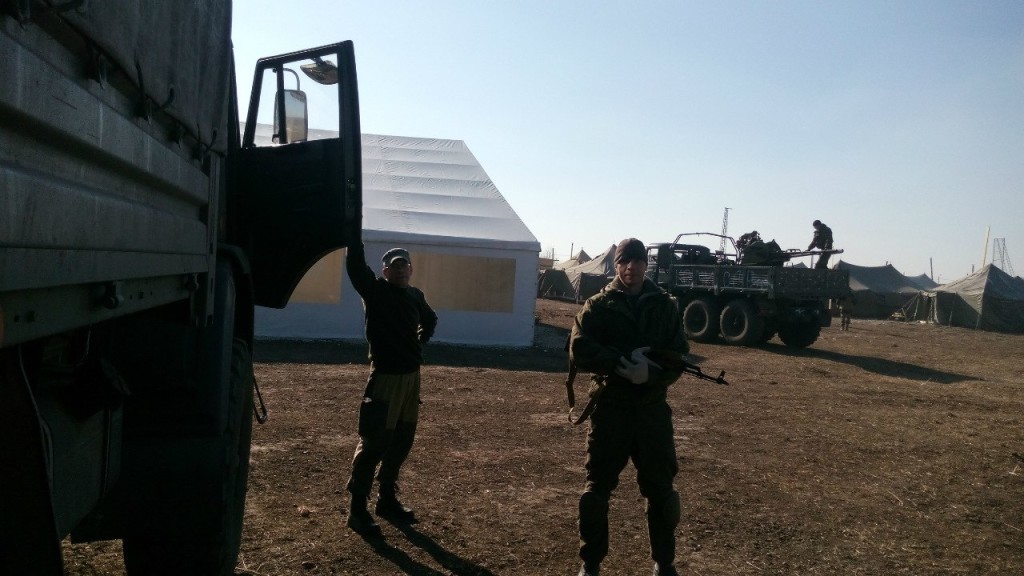 Among other photos, we can see Antipov in a camp against the background of the Russian BTR-80A/82A. 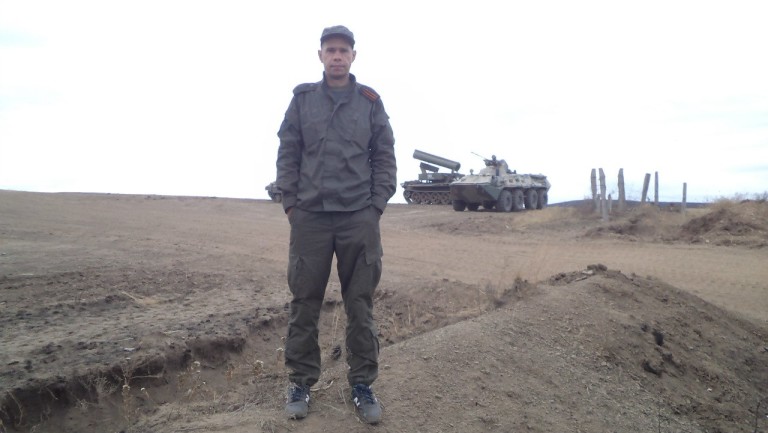 This is an armored personnel carrier with a combat module equipped with a 2A72 30-mm cannon which is installed in Russia on the BTR-80A/82A. This modification has not yet been exported.

Many people ask why we are doing this work? Why are we collecting evidence of the Russian presence so scrupulously?  Trolls often write to us in private messages that we work for the Security Service of Ukraine, NATO’s Tallinn Cyber Center or Mossad. Everything is much simpler. We are patriots of Ukraine and we work for the sake of justice. We hope these materials would one day be used by the future court in The Hague, or perhaps they will go into in analytical reports on the facts of Russian aggression against Ukraine and will influence political decisions. Russia came wage war on Ukrainian soil, to kill Ukrainian people, to test its weapons and equipment on the Ukrainians. Sooner or later the Russian Federation will be called to account, and we will make every effort bring it about as soon as possible…

P.S. Additional information from a reader with the nickname Day Glory:
“Judging by the information posted by these two Russians, they are colleagues. They serve at the 3rd Special Forces Brigade of the GRU of the Russian Armed Forces. There is a relevant photo against the background of the unit’s banner in the profile of the one with the Ukrainian surname. The one from Togliatti is not a cop – judging by the photos in his profile, he’s been a paratrooper since 1996, and Russian paratroopers also wore Berkut uniforms in Crimea.
Based on open-source information on the web, 3rd SOFB has been deployed in the city of Togliatti since 2009.
Puzzle pieces of these two profiles fell in place.
Judging by the profile of the one with the Ukrainian surname, units of the 3rd SOFB take part in combat near Sanzharivka. That is, shout out to the general who said that the Armed Forces of Ukraine do not fight with the units of the Russian Armed Forces.”