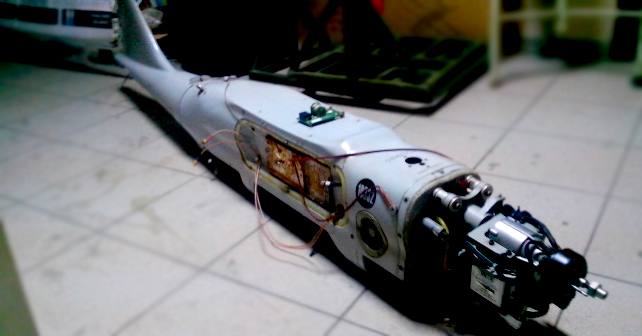 The Russian Federation has been regularly committing violations of Ukraine’s airspace by launching reconnaisance UAVs over the Ukrainian territory.

In 2014–2017, InformNapalm volunteers collected the evidence of the use of at least seven types of Russian UAVs by Russia against Ukraine. They include Granat-1, Granat-2, Forpost, Eleron-3SV, Zastava, Tachion, and Orlan-10. The last model is encountered most often in the evidence list because the range of applications of the Russian Orlan-10 multipurpose UAV is relatively broad. It is capable of not only target and terrain reconnaissance, but can also operate as a part of the Russian Army’s RB-341V LEER-3 EW system for the suppression of ground-based communication facilities. This system has been spotted a number of times in the occupied territory of the Donbas.

The volunteers of Army SOS have provided exclusive evidence of multiple violations of Ukraine’s airspace by the Russian Federation. The volunteers’ report is based on the decrypted data from the flash drive of Russia’s Orlan-10 UAV, tail number 10332.

This vehicle crashed into the Sea of Azov on November 6, 2016, near the village of Melekine (Pervomaisk Rayon of Donetsk Oblast). The UAV’s flight logs show that it has flown numerous reconnaissance missions over the Ukrainian territory since 2014.

The UAH was launched from sites in the occupied Crimea, and from the Russian Army’s training ranges in Krasnodar Krai and Volgograd Oblast.

Please refer to the infographics based on InformNapalm investigation database.

Written by Mikhail Kuznetsov and Roman Burko for InformNapalm volunteer intelligence community. Tranlated by Oleksand Ivanov, edited by Маx Alginin. An active link to the authors and our project is obligatory for any reprint or further public use of the material.
(Creative Commons — Attribution 4.0 International — CC BY 4.0).
Please repost and share!
Please subscribe to InformNapalm’s pages on
Facebook / Twitter / Telegram
to receive our updates.

No Responses to “Volunteers: Russia Violating Ukraine’s Airspace Since 2014”