Where And When Was the ‘Fortress on Wheels’ KrAZ Armored Vehicle Lost? 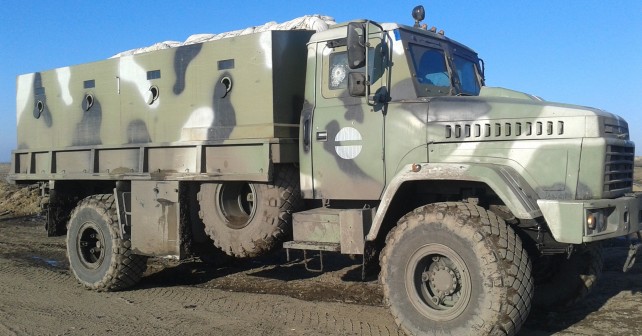 In the course of another OSINT-investigation by InformNapalm.org team on identification of concentration places of the Russian military vehicles and troops in Alchevsk (more information in the corresponding article) pictures of the Ukrainian ‘Fortress on Wheels’ KrAZ armored vehicle were found.

This armored ‘fortress’-vehicle was developed by Kyiv research and production company ‘Praktika’ in 2014. For the first time this armored car was shown to the public during the 11th international exhibition ‘Arms and Security’. This vehicle was created on the base of four-wheel drive KrAZ car. The main feature of the new armored vehicles was special location of the chairs in the armored shelter: the chairs were placed in the center. The fighters sit back to back and can shoot through the embrasures during the movement. That is why this armored vehicle resembles a fortress and thus such a name appeared, reports ‘Moya Slobozhanshchyna’.

The  ‘Fortress on Wheels’ is used for the transportation of combat units (up to 23 people). Armor protects not only cabin, but also motor compartment, accumulators, fuel tanks and block of receivers. Developers gave the vehicle an armored module for fighters instead of coachwork. The walls of the shelter have additional anti-shard lining; the floor has a multilayer structure. The armored vehicle is protected from the fire of AK-74 and SVD, mines, and roadside bombs.

At the moment these armored vehicles are in service of the National Guard of Ukraine.

The trial by fire of this armored vehicle happened in the fall of 2014 in the east of Ukraine when one of the trucks was trapped by the militants and shot from three sides. On that day it was raining heavily. The vehicle was in dire condition: the back wheels were torn completely and the vehicle moved no rims. As the result the truck managed to leave the battlefield on its own and, what is most important, no one was killed. Glass and armored plates prevented the cabin from bullets.

A question rises: where and when was KrAZ ‘Fortress on Wheels’ armored vehicle worth around $75,000 lost? Today the average dollar exchange rate is UAH 22, meaning the cost of one such armored vehicle is UAH 1,650,000.

These pictures were found on the accounts of the Russian occupation army’s militants located in Alchevsk. 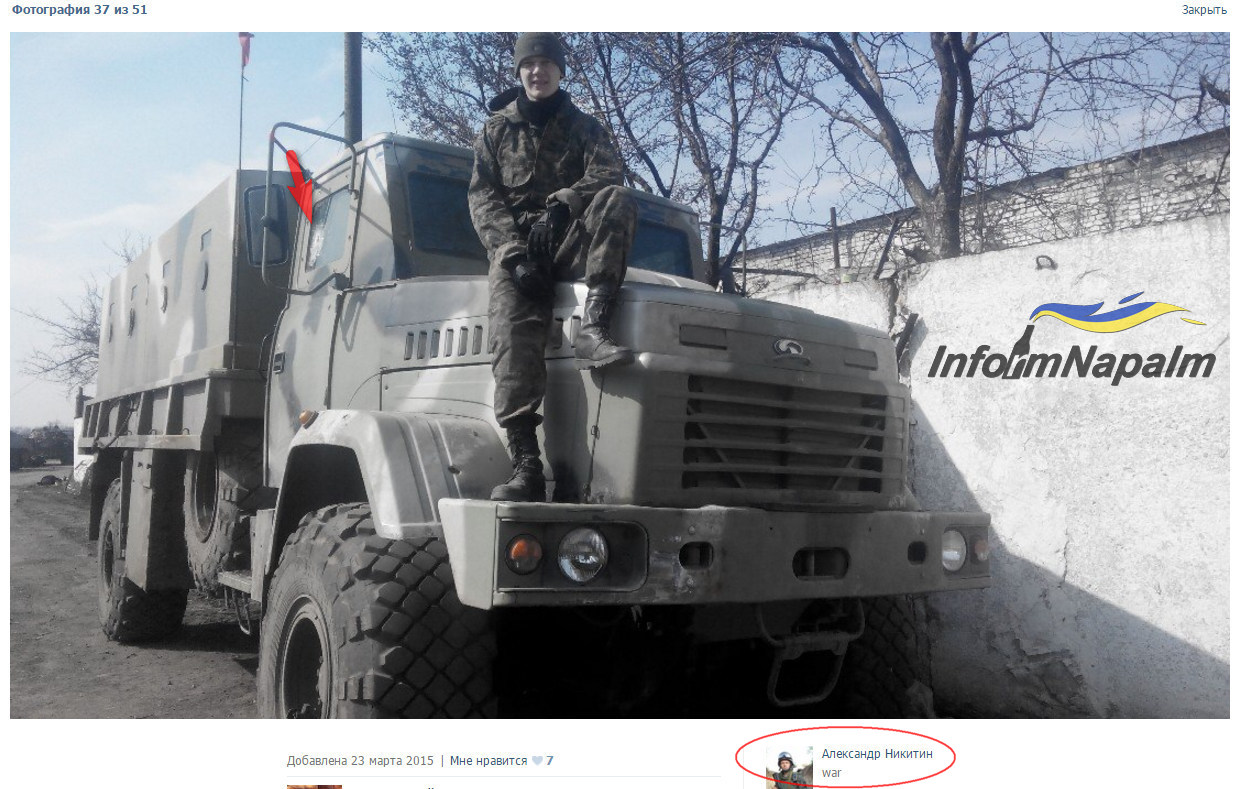 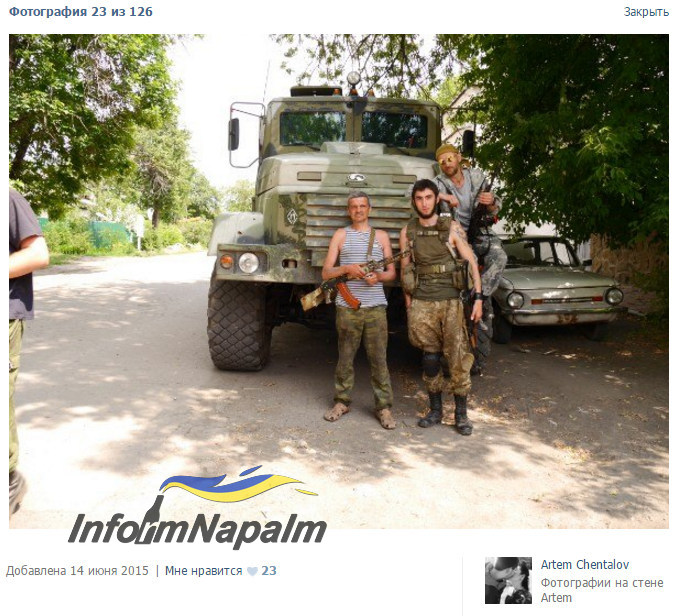 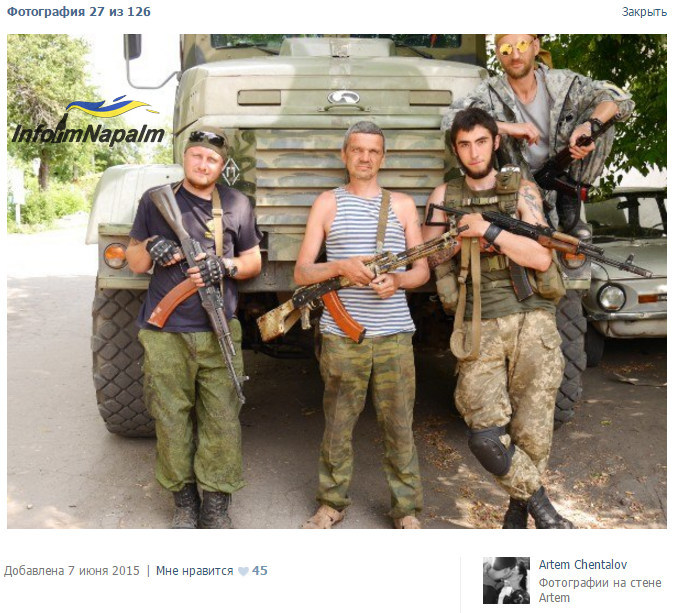 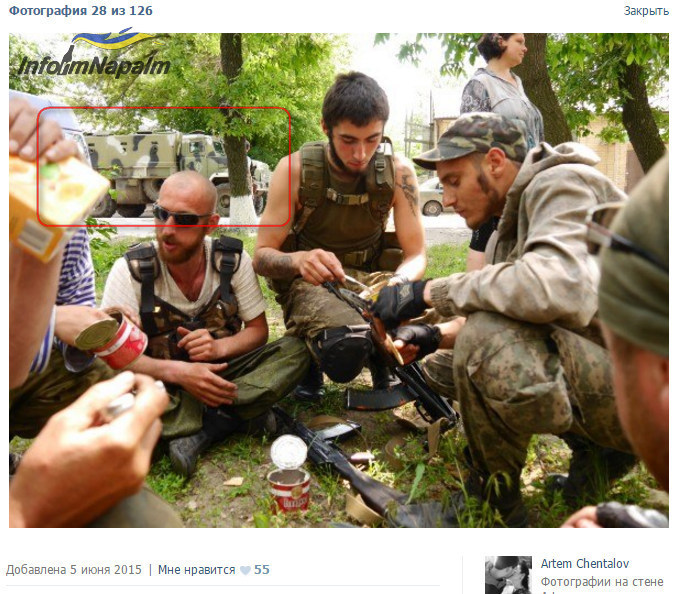 The first pictures of the lost ‘Fortress on Wheels’ armored vehicle appeared on the net on March 1, 2015, on pro-Russian websites where a Russian militant from the ‘Prizrak’ [Ghost] brigade was posing with the KrAZ in the background. 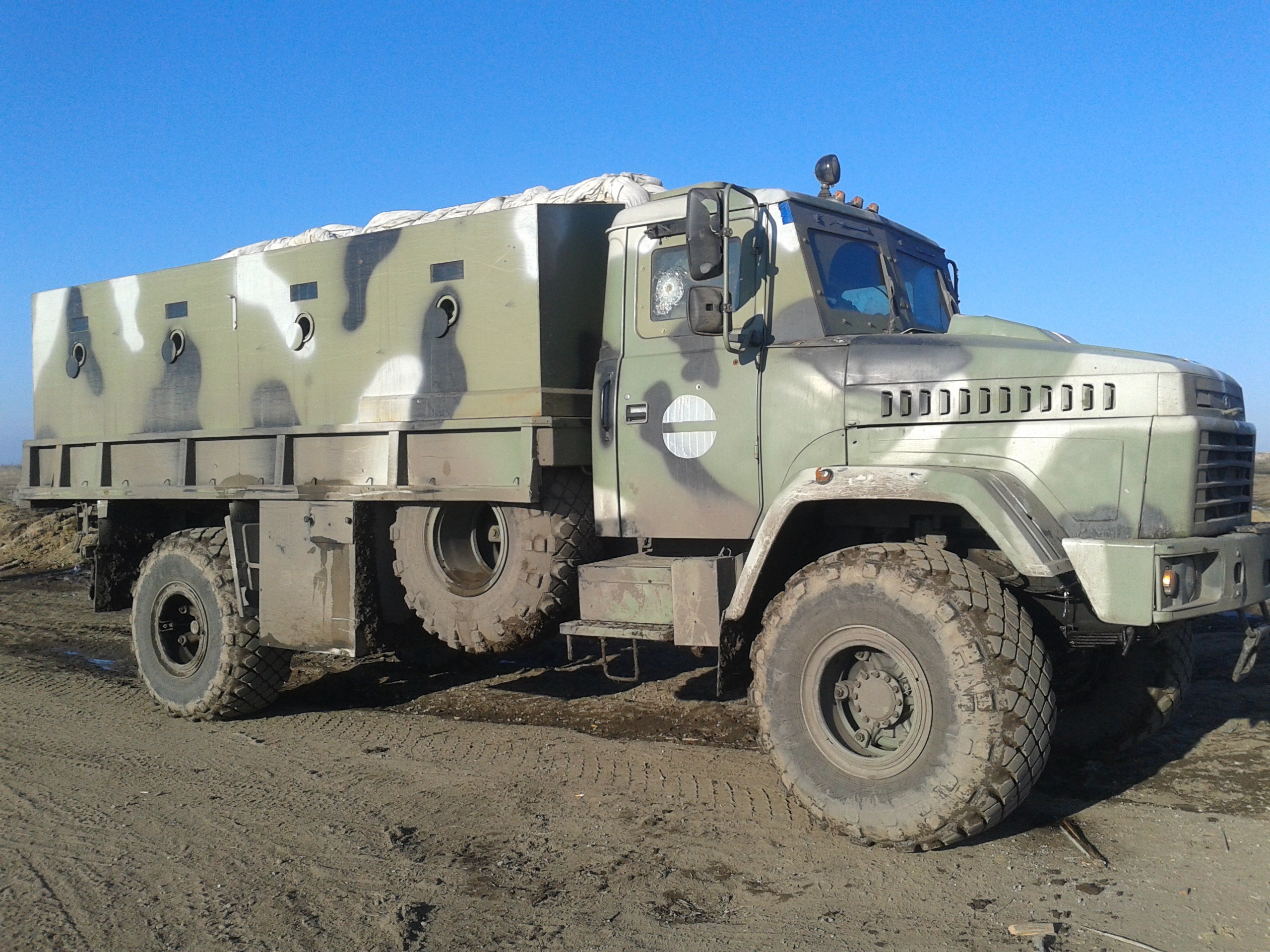 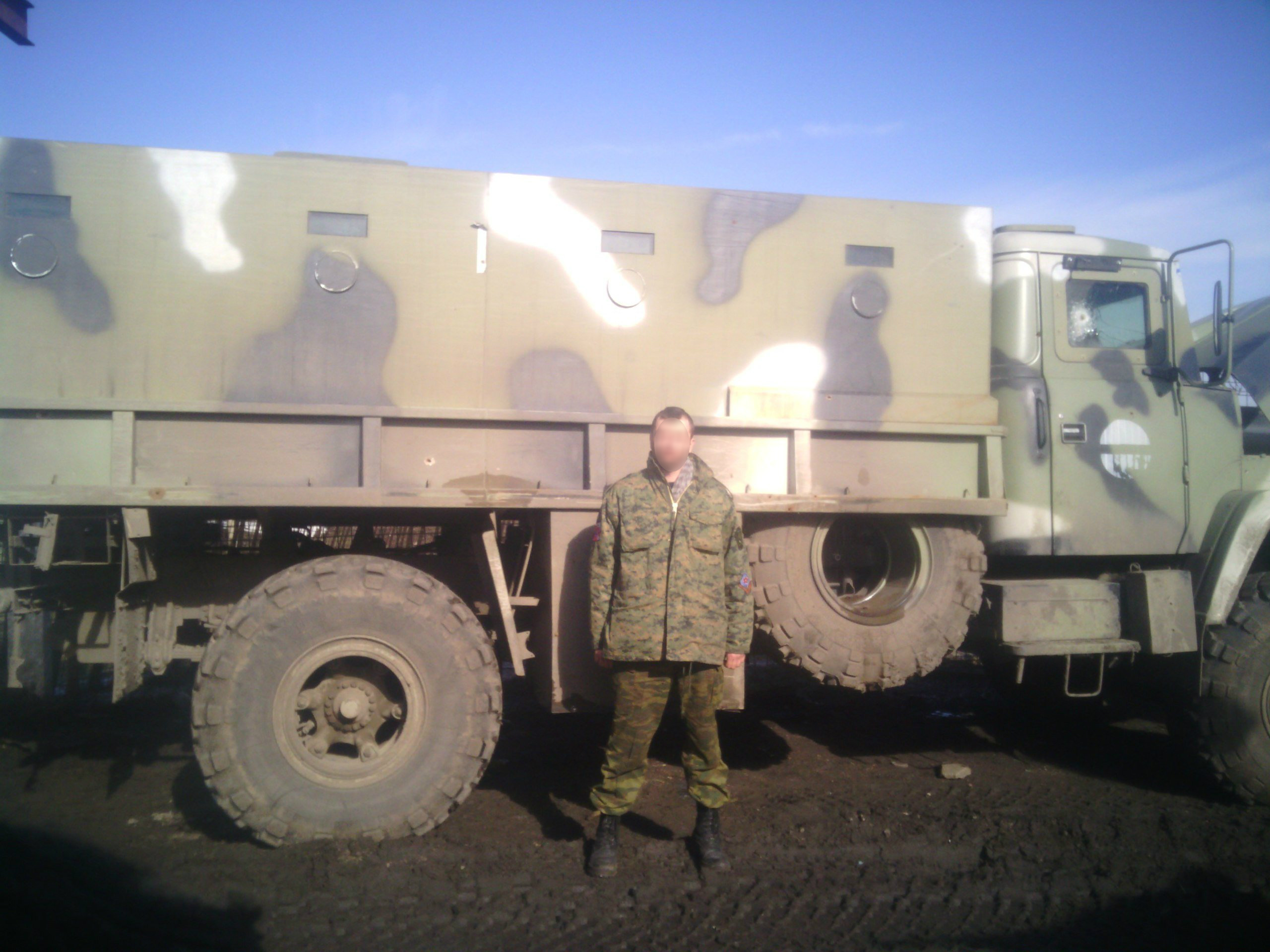 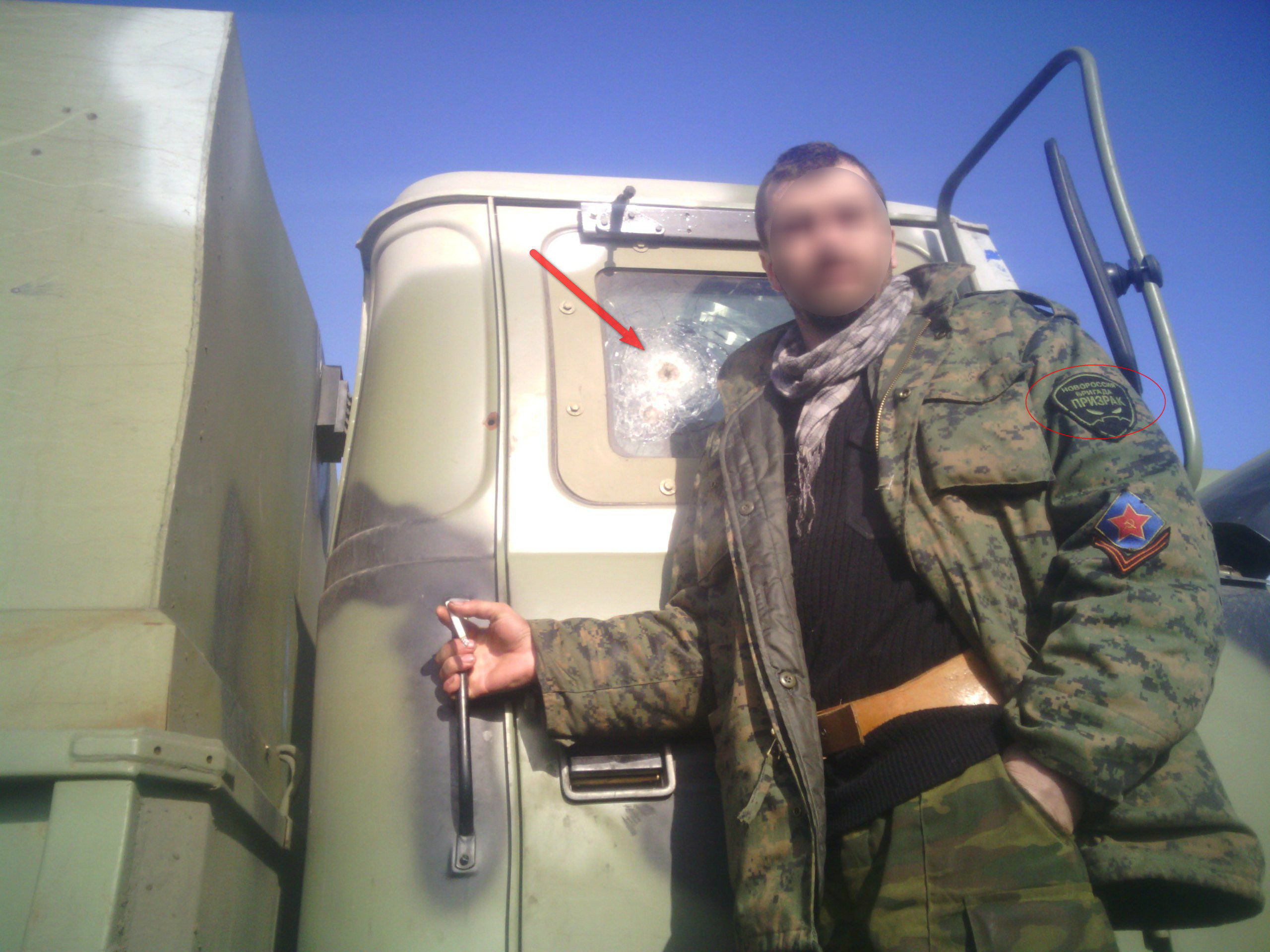 The fact that this is the same KrAZ is confirmed by the complete match of the coloring, the biggest damage of the vehicle – a bit suffered window in the cabin of the armored vehicle at the right door.

Literally 4 days ago several fresh fall pictures of the KrAZ armored vehicle were added in comments on one of the site. You can see rhombus with Cyrillic letter ‘P’ inside in the fall pictures. 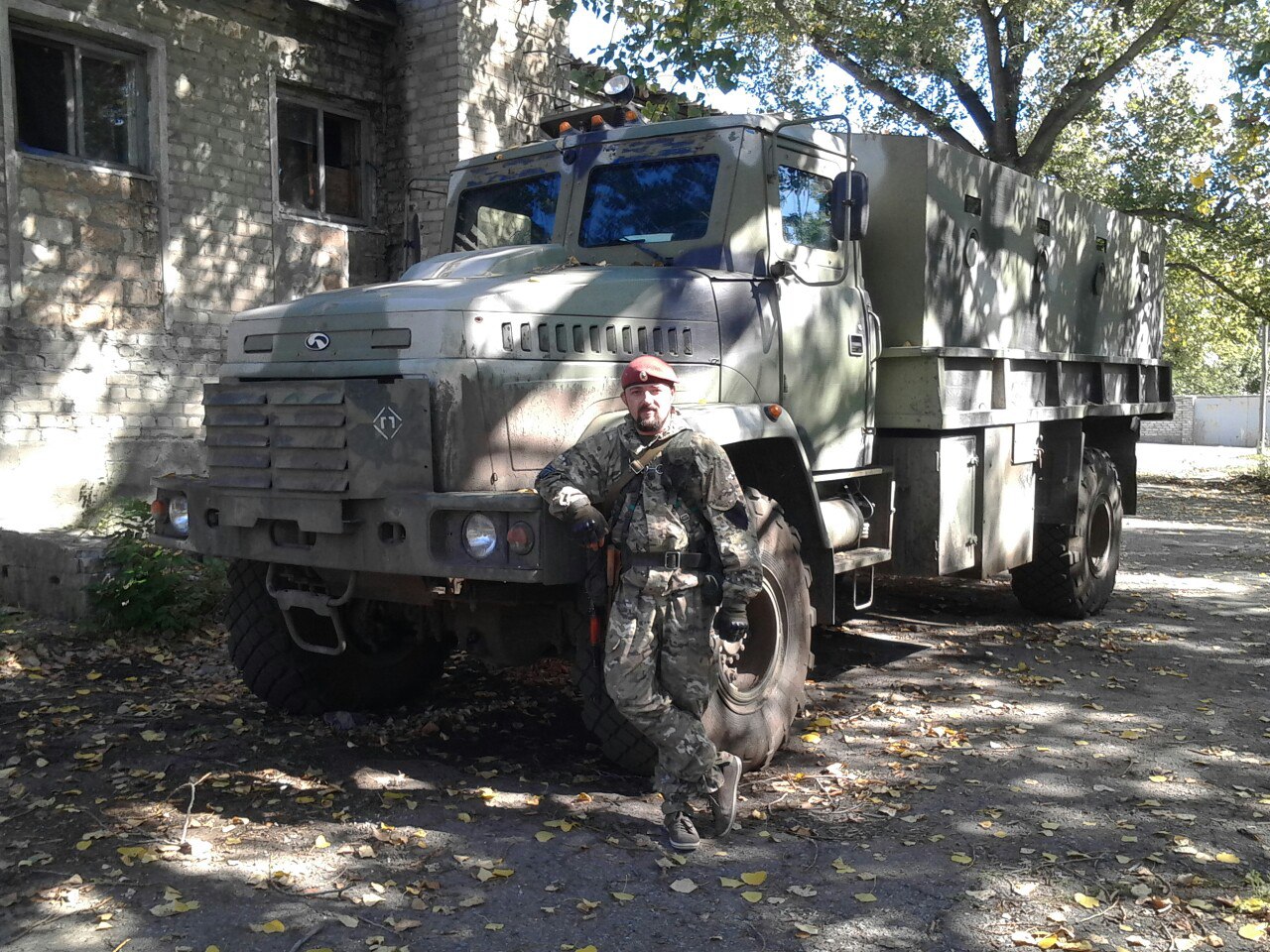 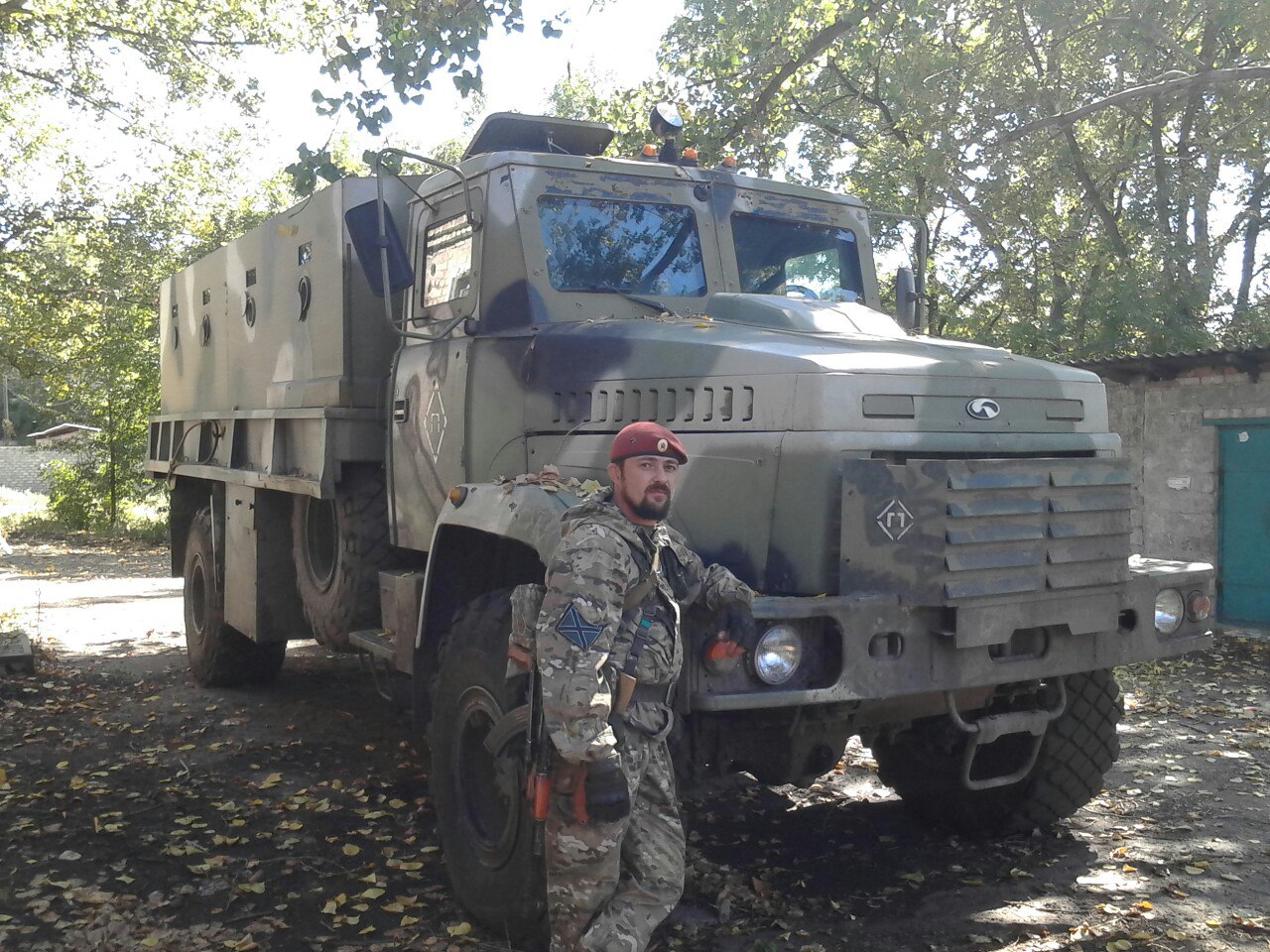 Looking at this Ukrainian armored vehicle from all sides and within, we find no serious visible damages, so it can be assumed that this truck was lost in completely workable state.

So where and when was the Ukrainian KrAZ ‘Fortress on Wheels’ armored vehicle lost and why it was left to the enemy in working condition?

This is not a single case of loss of completely workable military vehicles.

These days we hear about the fight of the Ukrainian special services with sponsorship of terrorism – the list is large and you can look at it in various media. Let’s focus on one case: “A resident of Kharkiv receivied five years in prison for financing terrorists”, as ‘Obozrevatel’ reports. “A man cashed a trial tranche in the amount of UAH 20,000 through a conversion center” and received 5 years. And giving the enemy battle-worthy military hardware worth 1 million 650 thousand UAH – is that normal? Was anyone sentenced? Where is the responsibility of military servicemen on ALL command levels or scapegoats should be only the lowest rank of enlisted personnel?

One Response to “Where And When Was the ‘Fortress on Wheels’ KrAZ Armored Vehicle Lost?”