The Adventures of the American Humvee All-Terrain Vehicle in Ukraine 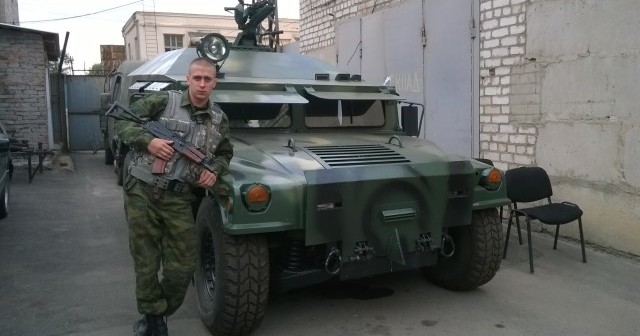 Conducting another OSINT investigation to identify the concentration areas of the Russian occupation army’s troops and equipment, we found the photos of the American Humvee army offroader in the territory of the former city department of the Interior Ministry in Luhansk.

The noticed Humvee model – a version of HMMWV М1097А2 modernized by Lviv Machinery and Repair Plant. It was initially planned to use these vehicles in operations of the Ukrainian-Polish KFOR forces in Kosovo. The vehicles are in service of the 95th separate airmobile brigade. 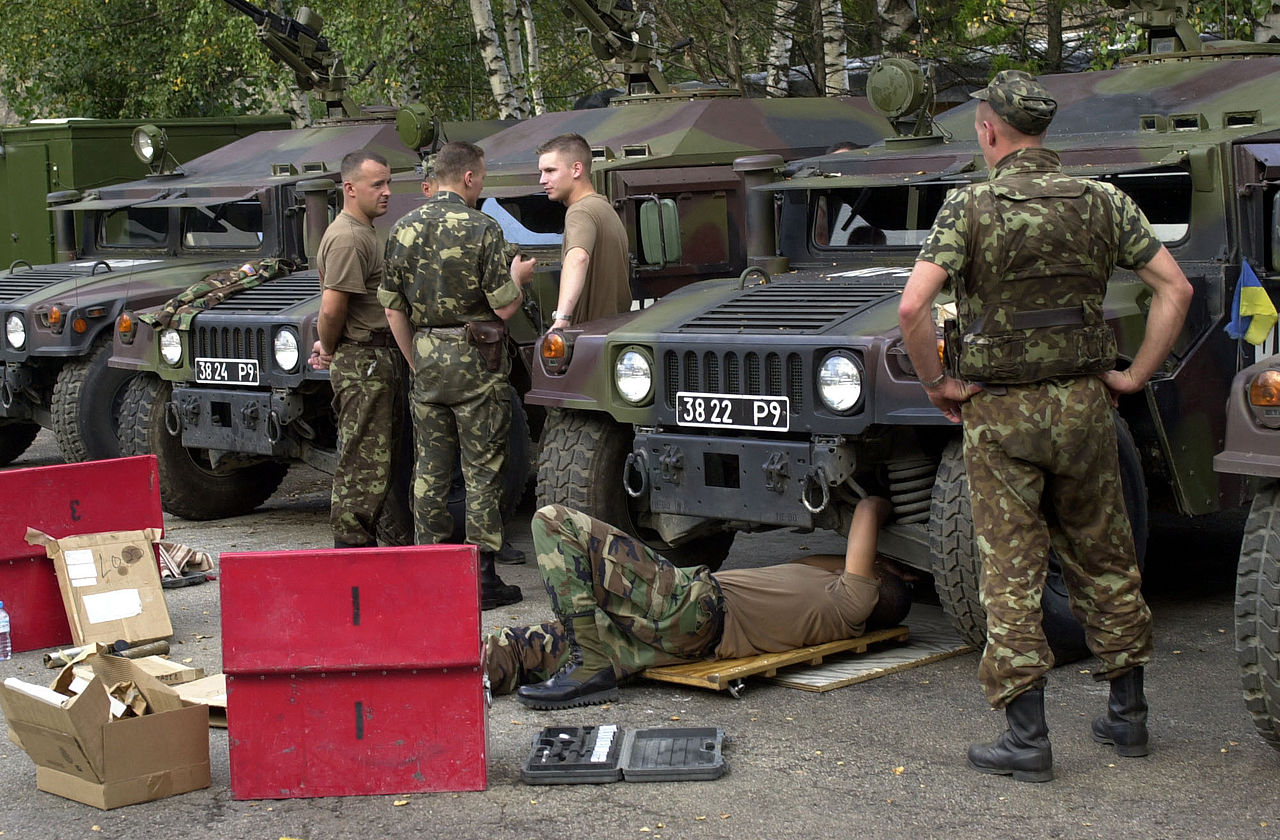 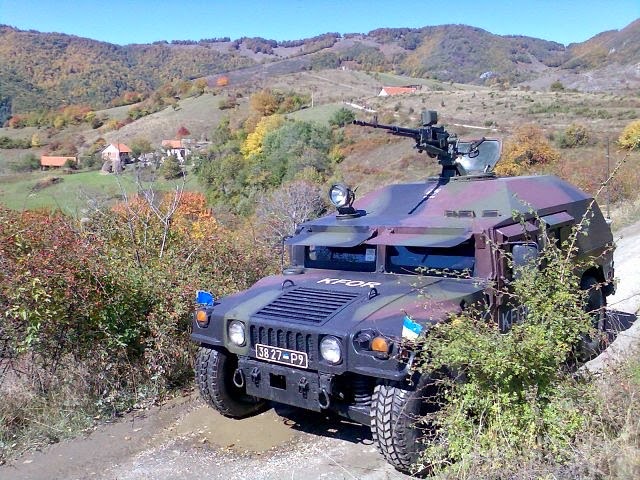 This is a photo from a social network which shows a Ukrainian serviceman near Debaltseve in front of the Humvee М1097А2 still being in service of the Ukrainian army. 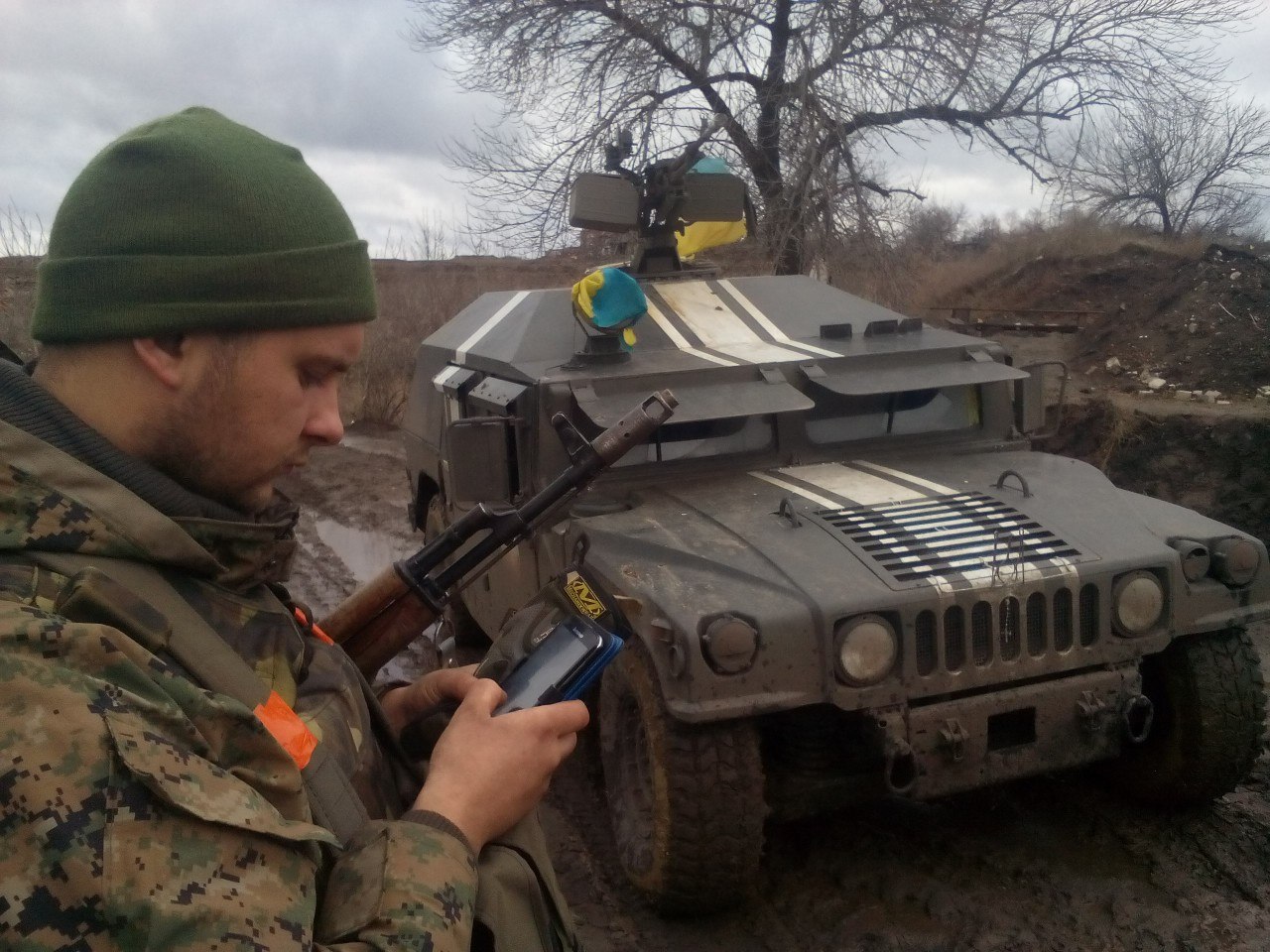 And this is a frame from the video taken by reporters of the APTN international agency near Debaltseve in February of 2015. Humvee М1097А2 is already under the control of the Russian occupation forces. 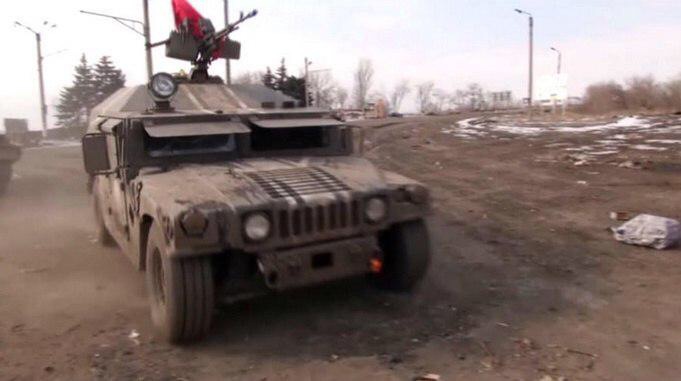 Another pictures of the ‘lost’ Humvee. 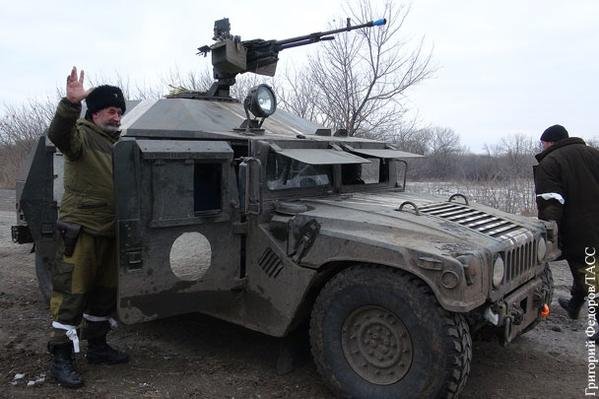 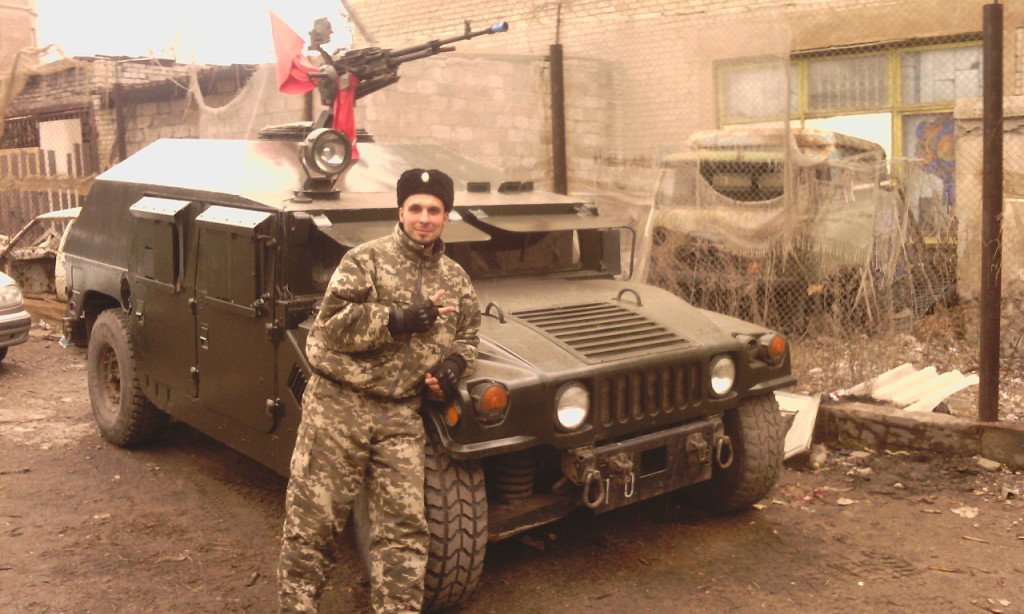 HMMWV М1097А2 all-terrain vehicle was seen in possession of a militant from Luhansk occupation corps today – accordingly, it is located in the city of Luhansk. Frankly speaking, we would not have been able to identify the location if the ‘This is our city’ panel picture did not exist (marked with red in the photos below). 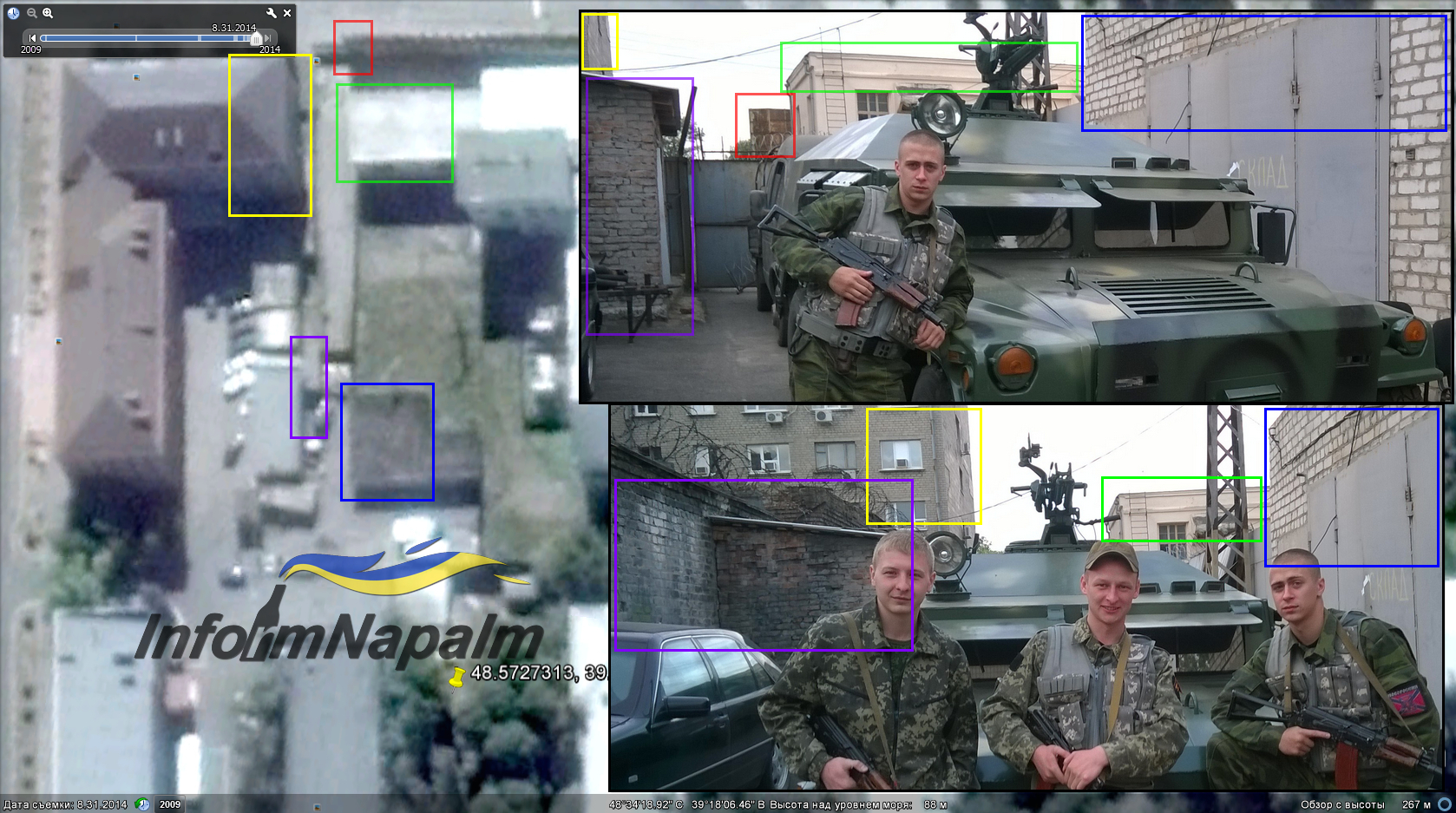 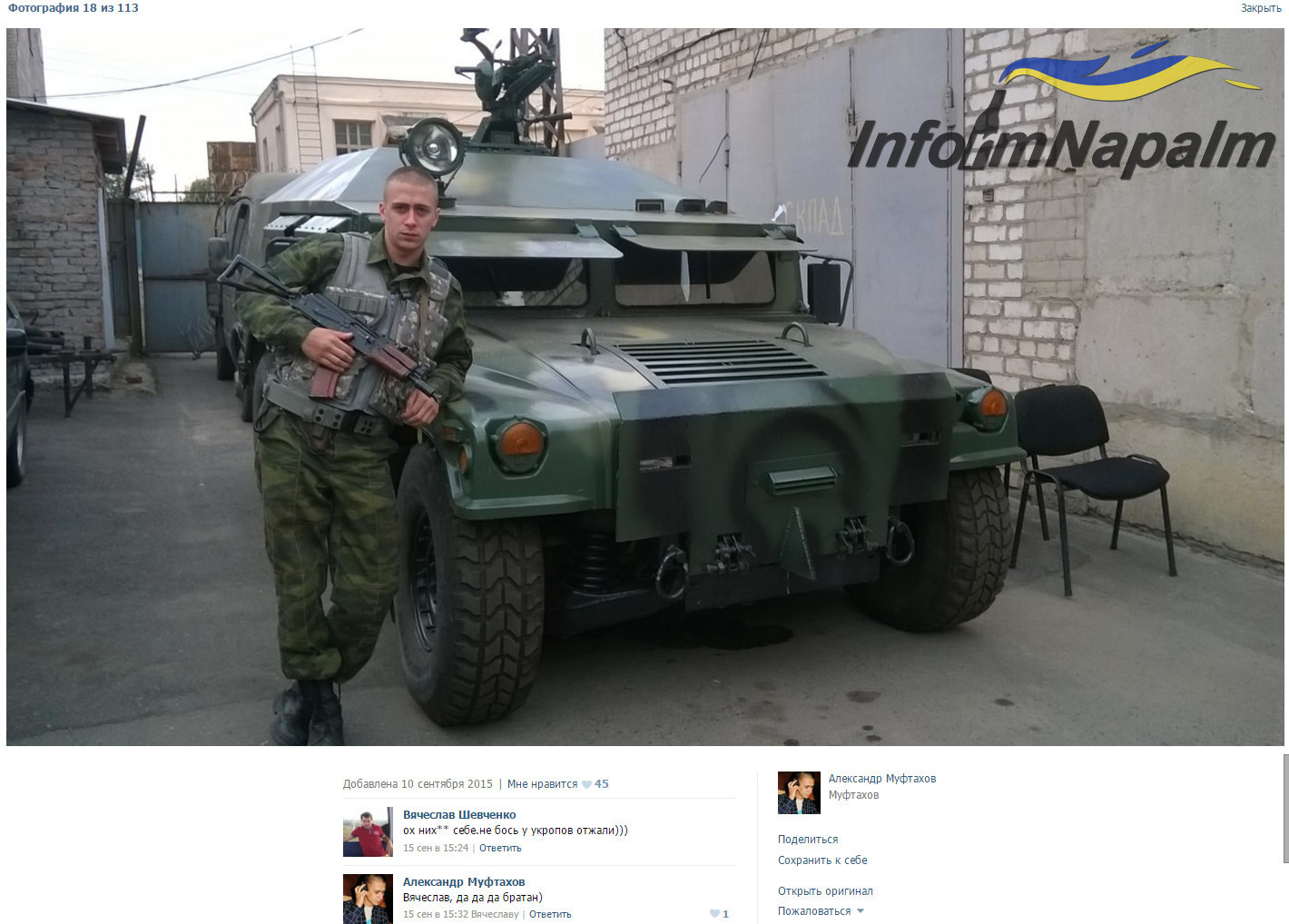 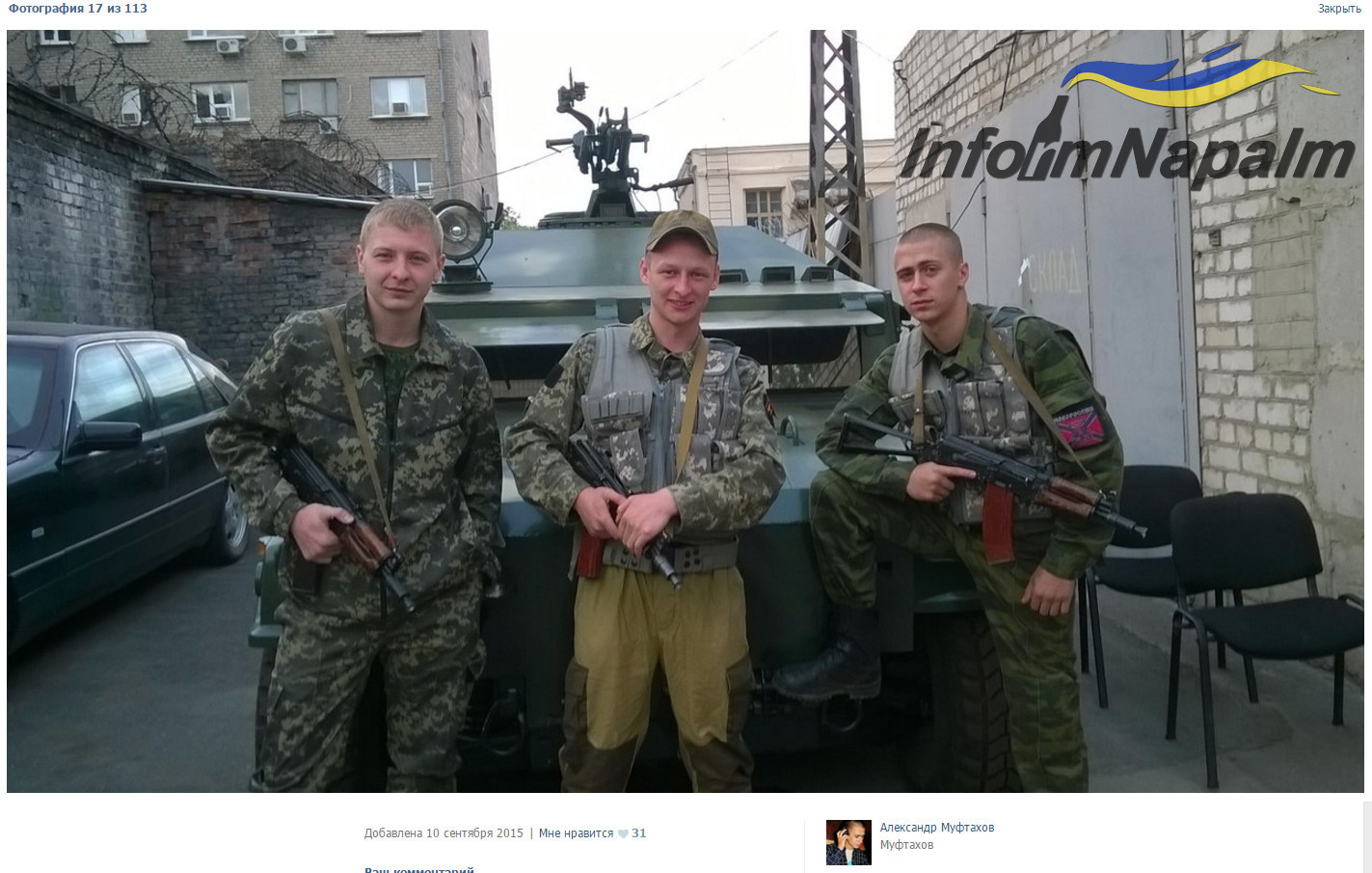 “Some of the HMMWV М1097А2 vehicles were lost during the combat actions in the zone of ATO”, reports the U.M.P. information-analytic resource showing several destroyed and burnt Humvee cars. But very seldom (almost NEVER) the Ukrainian media talk about the equipment which was not just lost, but transferred to the terrorists.

But this is not the first case of such loss of the battle-ready equipment. Not so long ago a similar story about another vehicle lost near Debaltseve was covered in the “Where And When Was the ‘Fortress on Wheels’ KrAZ Armored Vehicle Lost?” article.

On the contrary, the equipment and inventory clumsy write-off procedures remain the constant problem of the Ukrainian army. In case of lost (back-ordered, sometimes) supplies the soldiers are made responsible for that and need to pay their own money. Formally, the orders and decrees governing the write-off procedures already exist (“The order of write-off of military equipment in the Armed Forces of Ukraine”, from January 12, 2015). However, it is not always possible to get the commander to bring them to life.

So, we have two sides of the problem. From one side, the equipment is often lost in battle-ready condition, which may mean not only the neglect of duty but even a crime. From the other side, it is not always possible to correctly document all the equipment and inventory losses in the battles – and in result, a hardly survived soldier appears to be in debts.

Both problems are the result of the inefficient military machine. And both of them require careful investigation and immediate decisions.