Why is Russia transferring armored vehicles with wiped out board numbers to the border? 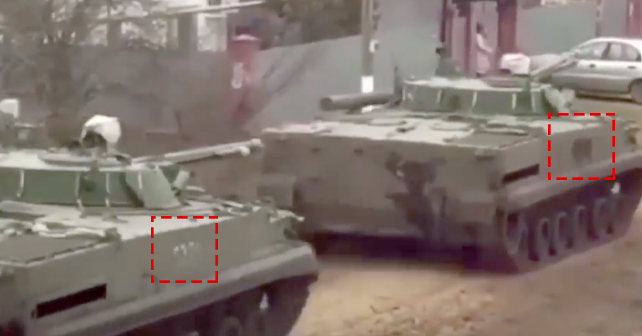 A recent transferring of Russian military equipment to the Ukrainian border attracted a lot of attention in social media. InformNapalm volunteers also have been tracking new videos and locating them on the map, trying to determine the purpose of such activity of Russian troops near the border with Ukraine.

On April 8, DFRLab published an investigation that analyzed two videos. Geolocation in the investigation was done precisely, so we will not dwell on it. We will look at the additional details that have not been brought up in the DFRLab investigation.

From the first video based on the number of BMP-3 seen, we learn that these vehicles belong to a motor rifle company. Other types of vehicles in a company, such as a command and control vehicle or trucks are absent which can indicate that it can be either a: 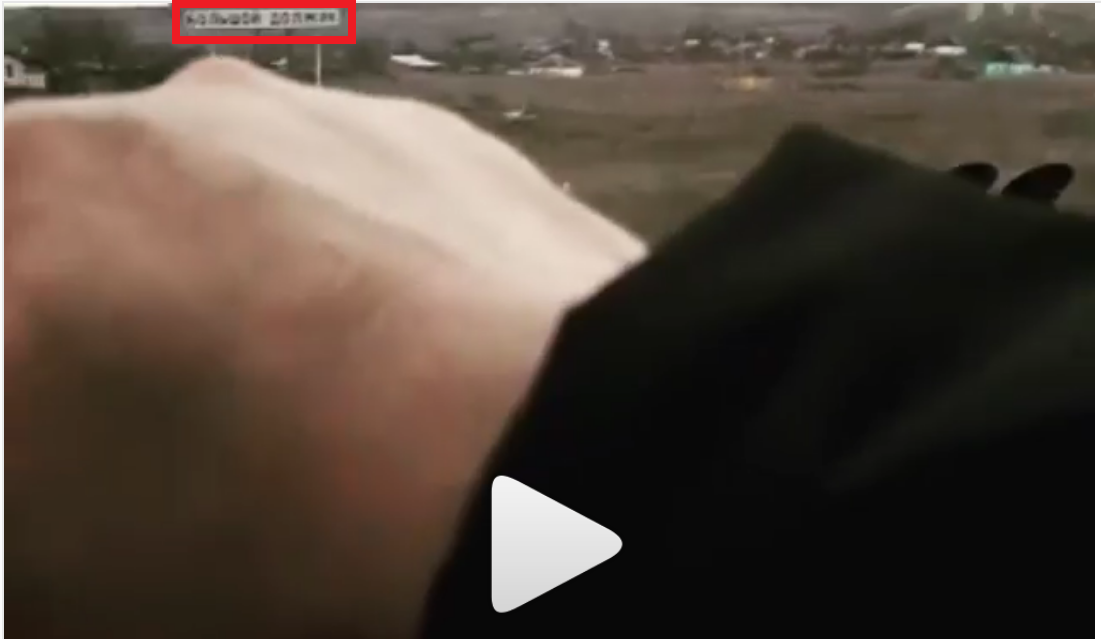 The video shows artillery command vehicles that are moving in front of a 2C3 Akatsiya self-propelled howitzer. The first vehicle in the group is the 1V13, and the second one is either the 1V16 or 1V13. It is hard to see due to poor video quality.

Please note that on the first video on one of the MTLB in front of the Akatsiya howitzer, there are four short antennas sticking out on the stern. This is very similar to the mobile EW system, which suppresses the control signal of a radio-controlled land mine.

Similar systems were used by the Russian army in Syria and Chechnya to protect convoys from landmines. Is it possible that on its own territory, in Rostov Oblast, the Russian army is wary of IED attacks on armored vehicles columns?

Another alarming sign is either completely or partially painted over identification numbers on some BMP-3. Why paint over the numbers, if you do not plan to transfer equipment to the occupied territory discretely? 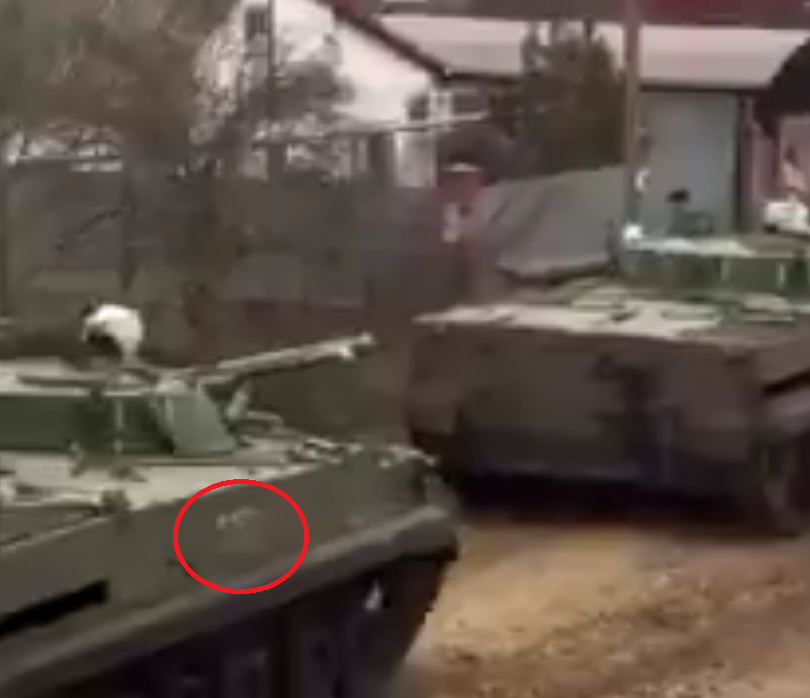 Judging by the ID numbers that were not completely painted over, we can assume with a high degree of certainty that the BMPs belong to the 102nd or 103rd Motorized Rifle Regiment of the 150th Motorized Rifle Division that is temporally stationed in the village of Persianovka (permanently based in Novocherkassk). Persianovka is close to Petrovka and Bolshoy Dolzhik.

Read more about the 150th Division in the InformNapalm investigation.

Many experts predict a possible increase of hostilities in the Donbas region in the spring. The Russian military under the guise of training marches can supply additional weapons and equipment to strengthen the 1st and 2nd Army Corps in the occupied territory of Ukraine.

Perhaps, only some of the military vehicles are planned to be transferred across the border – the ones with painted over ID numbers, accompanied by mobile EW systems to prevent IED attacks on military convoys. The rest of the equipment will remain in reserve and at the polygons on the border with Ukraine.
For four years Russia has been sending weapons, equipment and groups of servicemen who support and coordinate mercenaries’ actions to the occupied territory.
In April 2018, InformNapalm international intelligence community will present the most complete database of armaments and units of the Russian army that have been spotted in the Donbas.

Sharing and reprint with reference to the source is welcome!

No Responses to “Why is Russia transferring armored vehicles with wiped out board numbers to the border?”