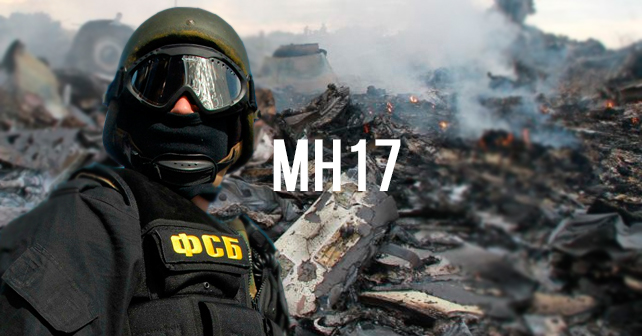 On May 10, 2017, police in Moscow detained Vasily Geranin, a colonel in the GRU (a Russian military intelligence service), member of the Council of Commanders of the Union of Donbas Volunteers, who is considered an accomplice and key witness to the downing of flight MH17. The characteristic signs of Geranin’s arrest indicate that the FSB conducted a special operation to isolate the witness of this horrible terrorist act.

A brief note about the detention of Vasily Geranin who was called a “military expert” and the “Colonel, who was reported to on the downed Boeing MH17 flight,” appeared on MK.ru, but was quickly removed from the site. However, regional news outlets reprinted the news (archive 1, archive 2). The news did not resonate with the Russian media and was largely ignored.

It was reported that Geranin was detained because he was allegedly transporting a fragmentation munition for a 40 mm GP-25 grenade launcher in his car. After Geranin’s arrest, his apartment was searched and in addition several firearms were found. The arrest and search were conducted by traffic and city police, but it has the appearance of a planned and staged FSB operation. At the moment, Geranin is detained in jail and under investigation. It’s known that he was fired from the GRU, with the time of his firing being backdated.

After Geranin’s arrest, on May 14, 2017, the Russian terrorist Igor Girkin posted the following on his page in VK: “According to the information received, a number of employees of the Union of Donbas Volunteers were searched. Including Maria Koleda (I will not name the rest). There is a lot of other scandalous information which I have no desire to spread.” (archive).

It is also known that in early March 2014, Colonel Geranin arrived to Crimea and took an active part in the annexation of the Ukrainian peninsula by Russia. It is also interesting that, according to the Security Service of Ukraine (SBU), Geranin personally supervised the terrorist Igor Bezler (Bes) when he was in the Donbas. On July 20, 2014, the SBU published an interception of the report of Igor Bezler to Vasily Geranin about the downed MH17 flight. Thus, he is one of the key witnesses in the case of this horrific Russian terrorist act. The Myrotvorets Center has some information about Geranin, but there is no reliable photo, due to confusion in the media because of a group photo in which Musa Khamzatov was mistaken for Vasily Geranin. Thanks to Igor Girkin, we obtained a photo in which Vasily Geranin himself is standing next to Igor Girkin. Unfortunately, the photo was taken in 2003 when Geranin was 36 years old (now he is almost 50 years old). 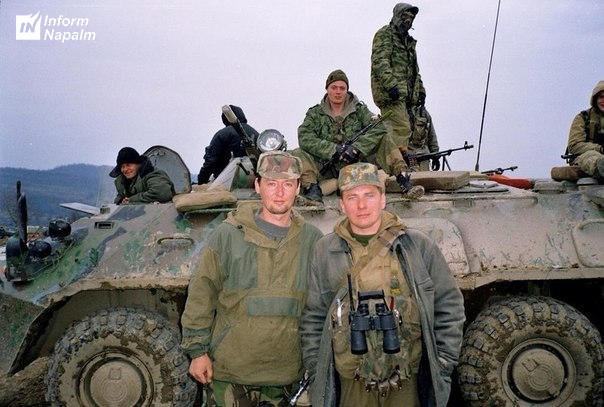 Let us remind you that on February 7, 2017, InformNapalm published detailed information about Russian Major General Sergey Dubinsky, call sign “Khmury”, another key suspect in the MH17 case. In early July, Dutch journalists from the television program Nieuwsuur visited Dubinsky at the address: Rostov Oblast, Aksay District, Bolshoi Log village, 4C Molodezhnaya Street (house coordinates are: 47 ° 18’15.8 “N 39 ° 54’49.7” E). This address was provided in the InformNapalm investigation and was confirmed by the Dutch journalists. Dubinsky refused to communicate with the journalists. The actions of the Russian special services to isolate and get rid of the witnesses in the downing of flight MH17 indicate that Russia is trying its best to obstruct the investigative process. This requires additional sanctions against Russian state institutions.