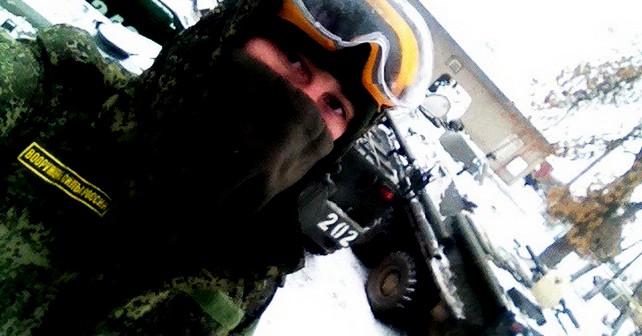 Where are they going?

205th Separate Cossacks Motorized Rifle Brigade, or military unit 74814, is stationed in the town of Budyonnovsk, Stavropol Kray. The unit consists of several battalions of motorized infantry, a medical company, a commandant platoon, and a communications and support battalion. In December 2016, the young Russian soldiers, who have just signed their army contracts, are spoiling for a fight…

The comment “Contract approved let’s go” left by Alexander Mandzhiev under a photo showing an episode from the occupation of the Crimea, describes very well the tasks and objectives that are put before the Russian soldiers. 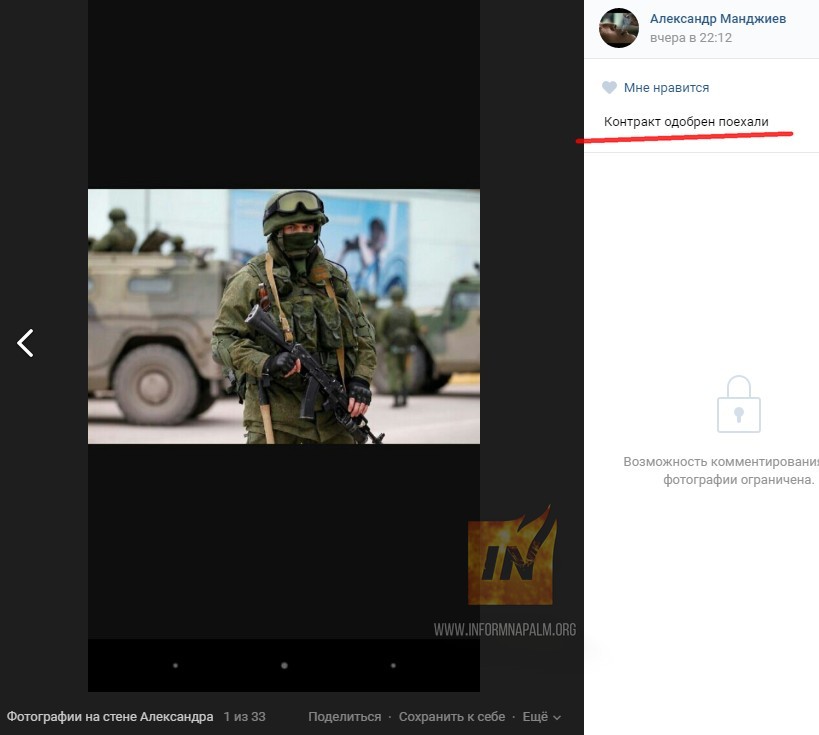 A photo with Mandzhiev with his colleagues standing at the entrance of the soldiers’ hostel №7, i.e. at the barracks of military unit 74814 in Budyonnovsk. 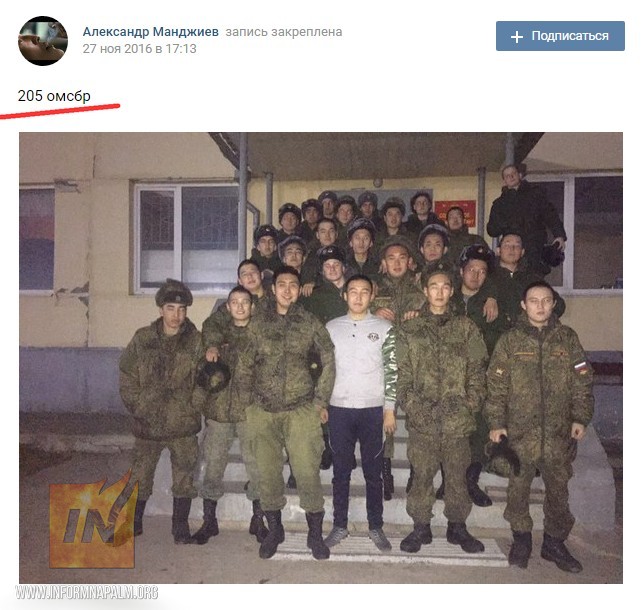 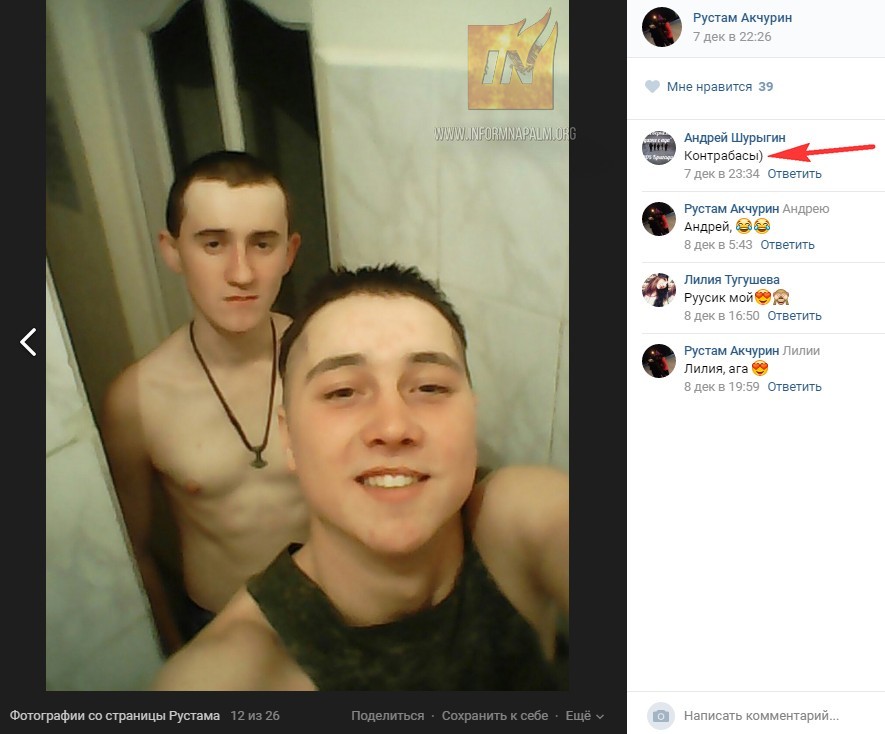 “Going home?” – a question in the comments below the photo. “No, to Rostov Oblast” – Rustam Akchurin answers. 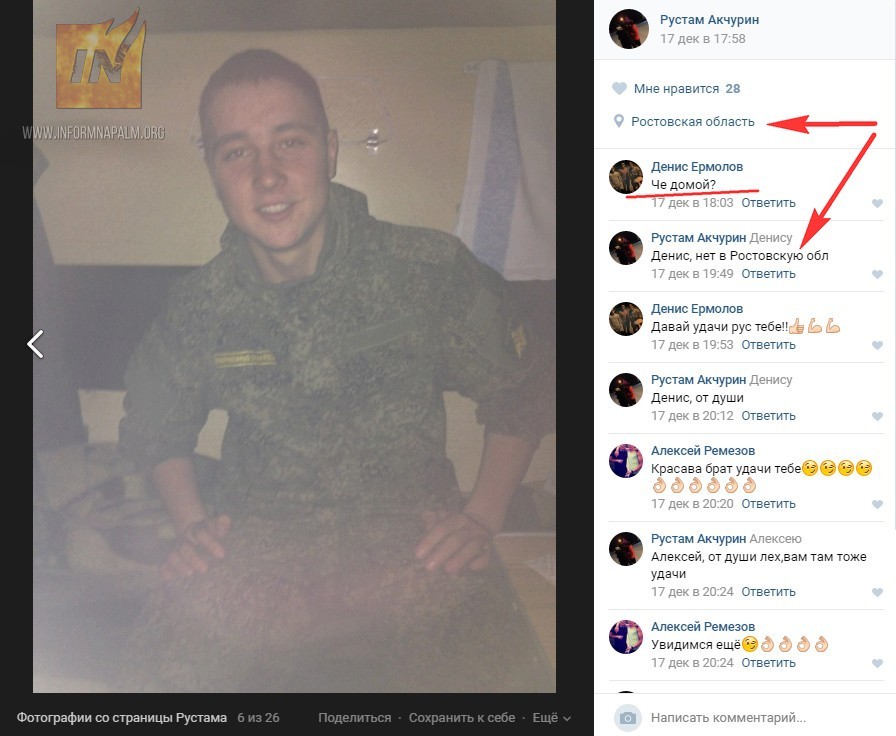 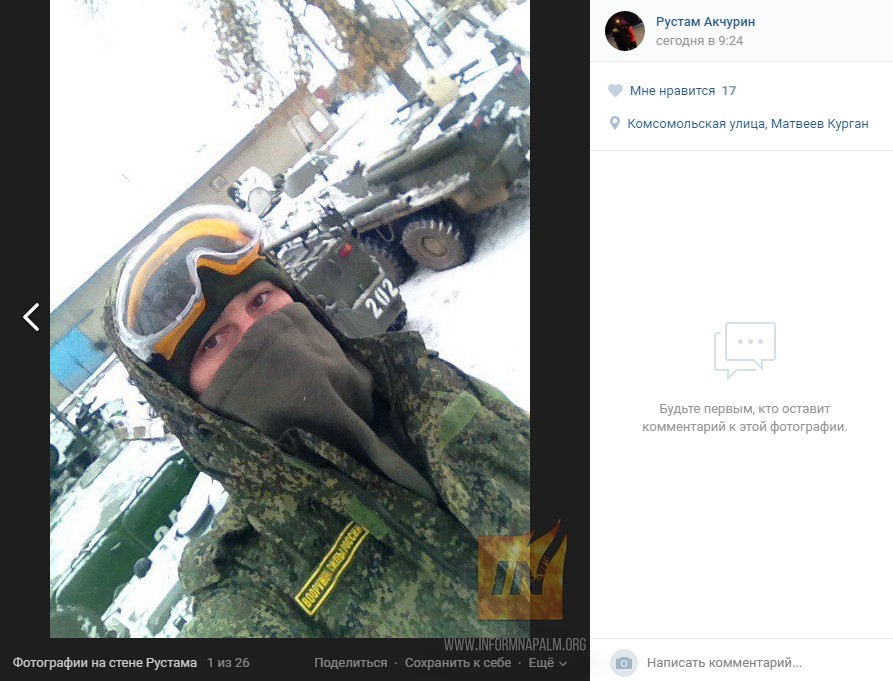 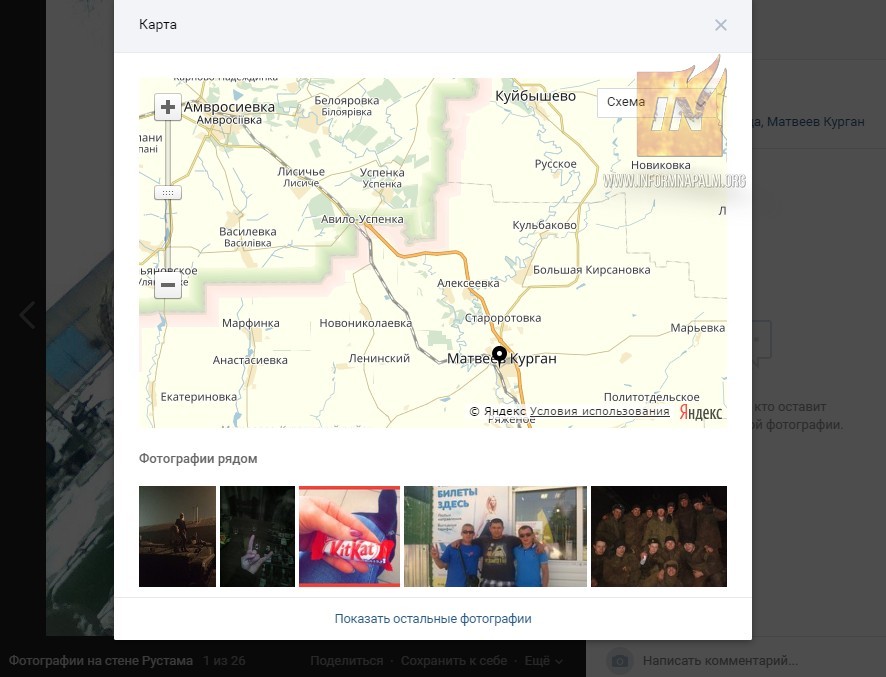 Soldiers Akchurin and Mandzhiev in the soldiers’ hostel during the ritual of celebrating their contractor status. 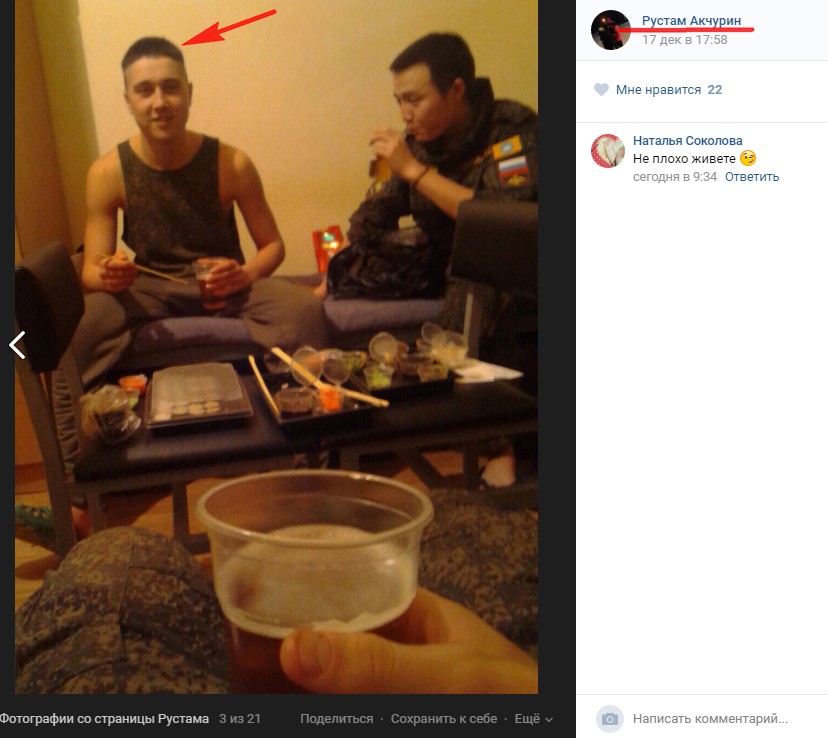 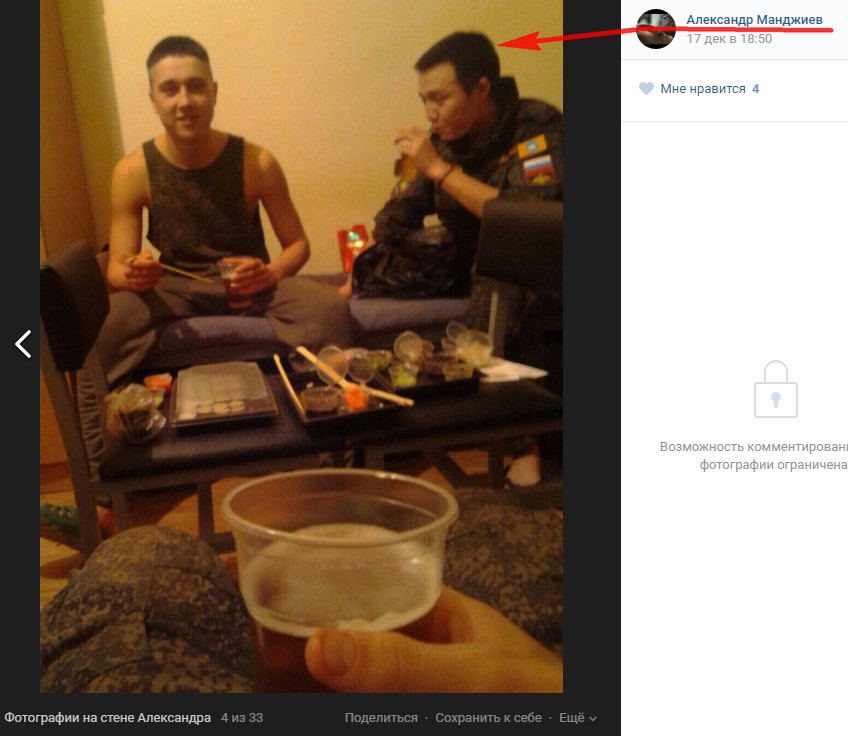 Summer photo of Rustam Akchurin in front of a light armored transporter (MT-LB) with tactical sign “a square in a circle”, which indicates the 205th Separate Motorized Rifle Brigade. 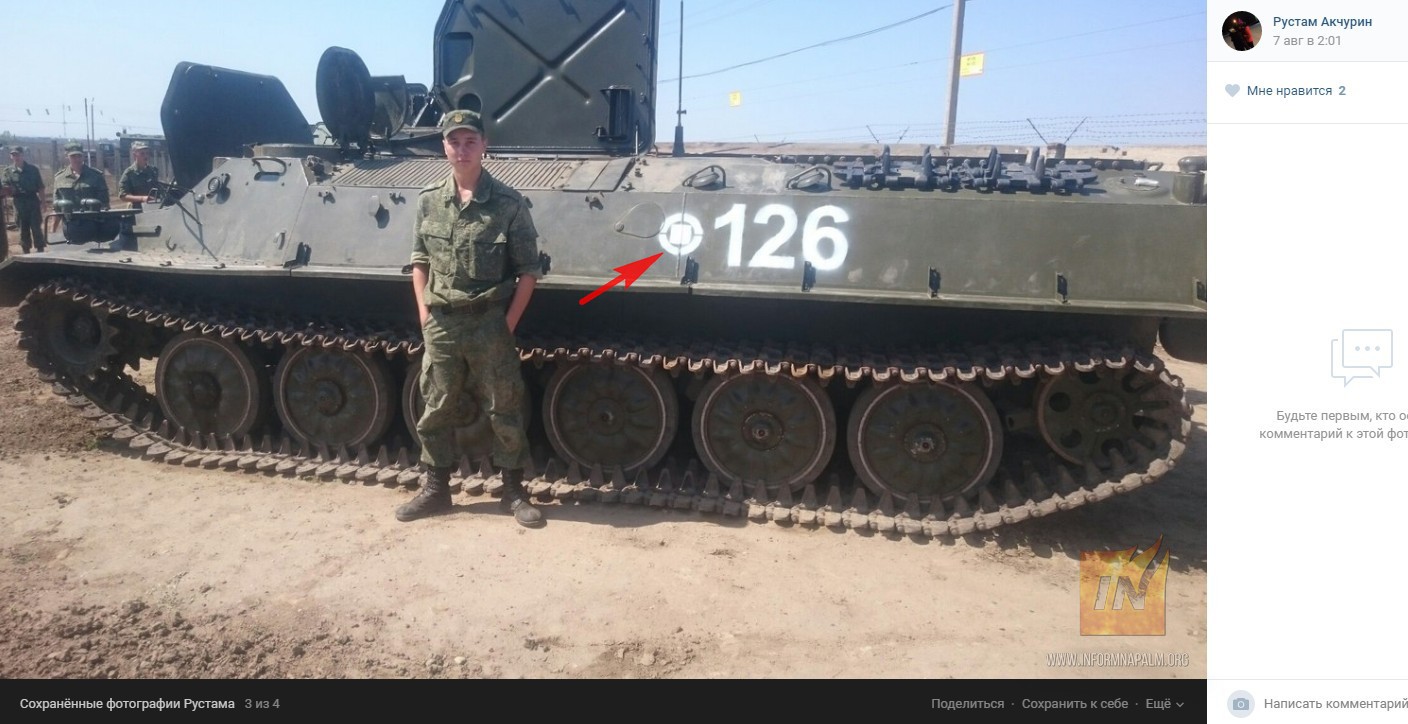 A small digression on the subject of Russian weaponry deployments and trains recorded in Rostov Oblast in December 2016 in our recent tweets.

A photo posted on December 20, 2016 with the train carrying a large number of Russian T-72B3 tanks. 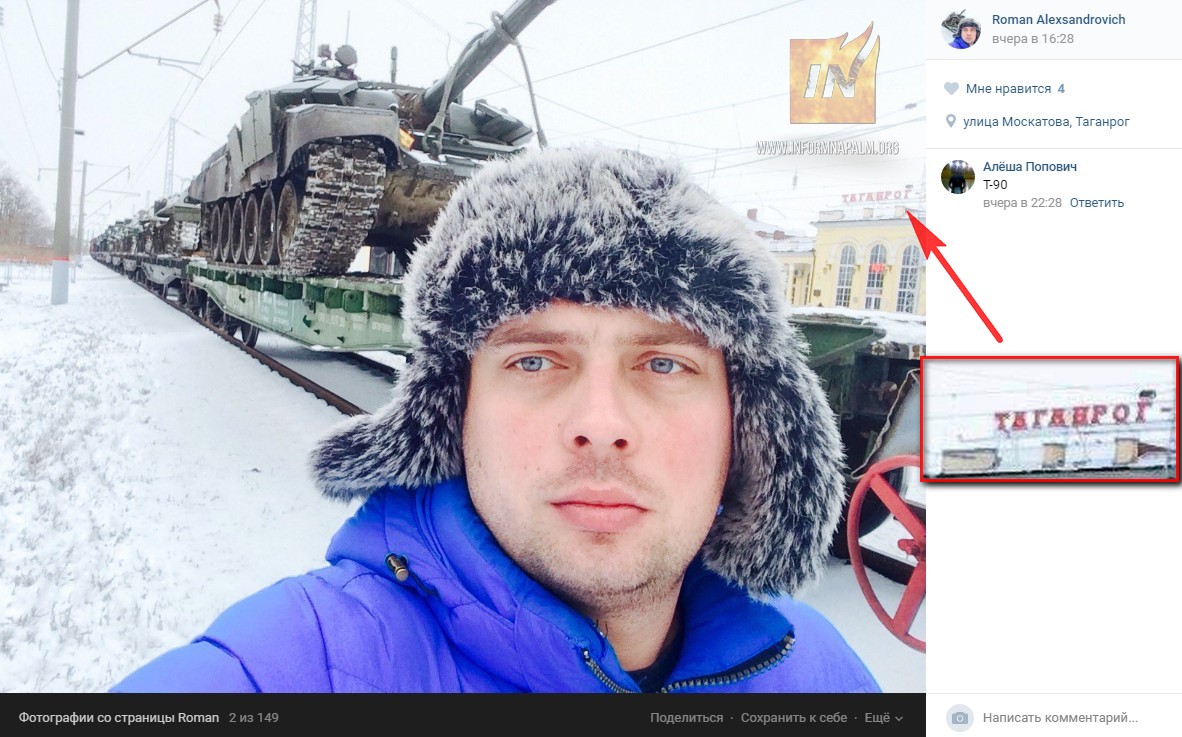 My Taganrog group in the social network VK has a photo showing another part of the train with military equipment. 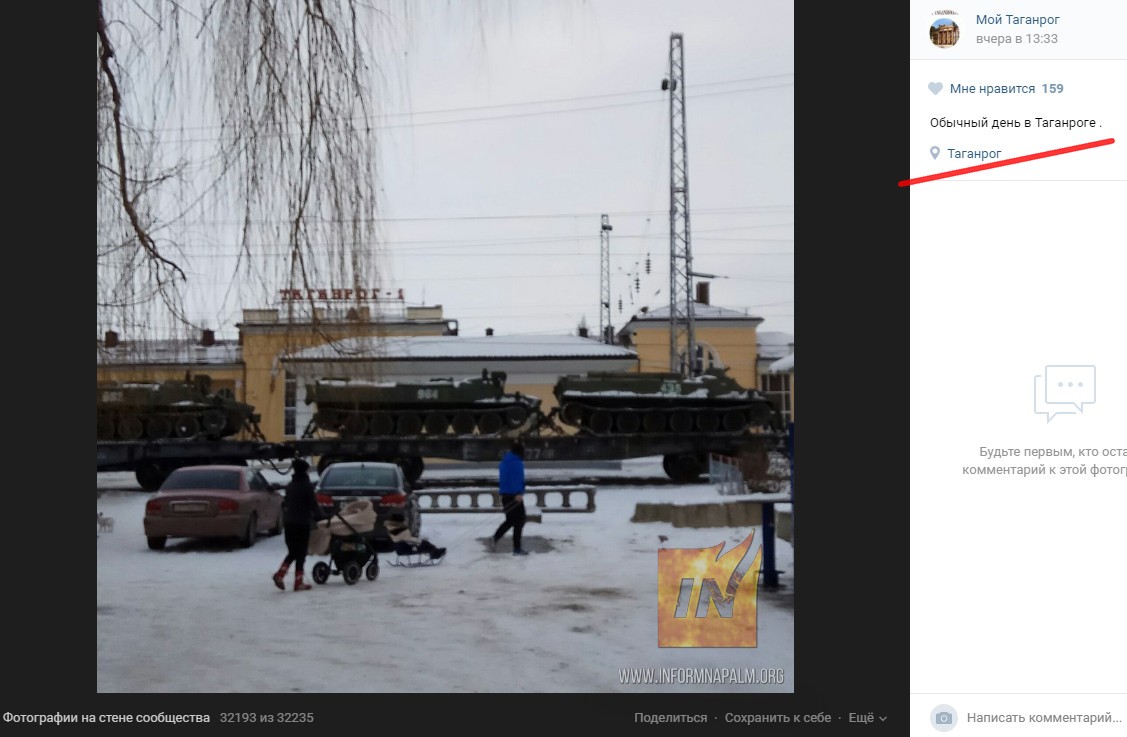 Note the photo that shows Russian 152-mm self-propelled howitzers 2S19 Msta-S. All of them have side numbers starting with “6”. And it is possible to see the tactical sign “a square in a circle,” as mentioned above, on the vehicle 642. 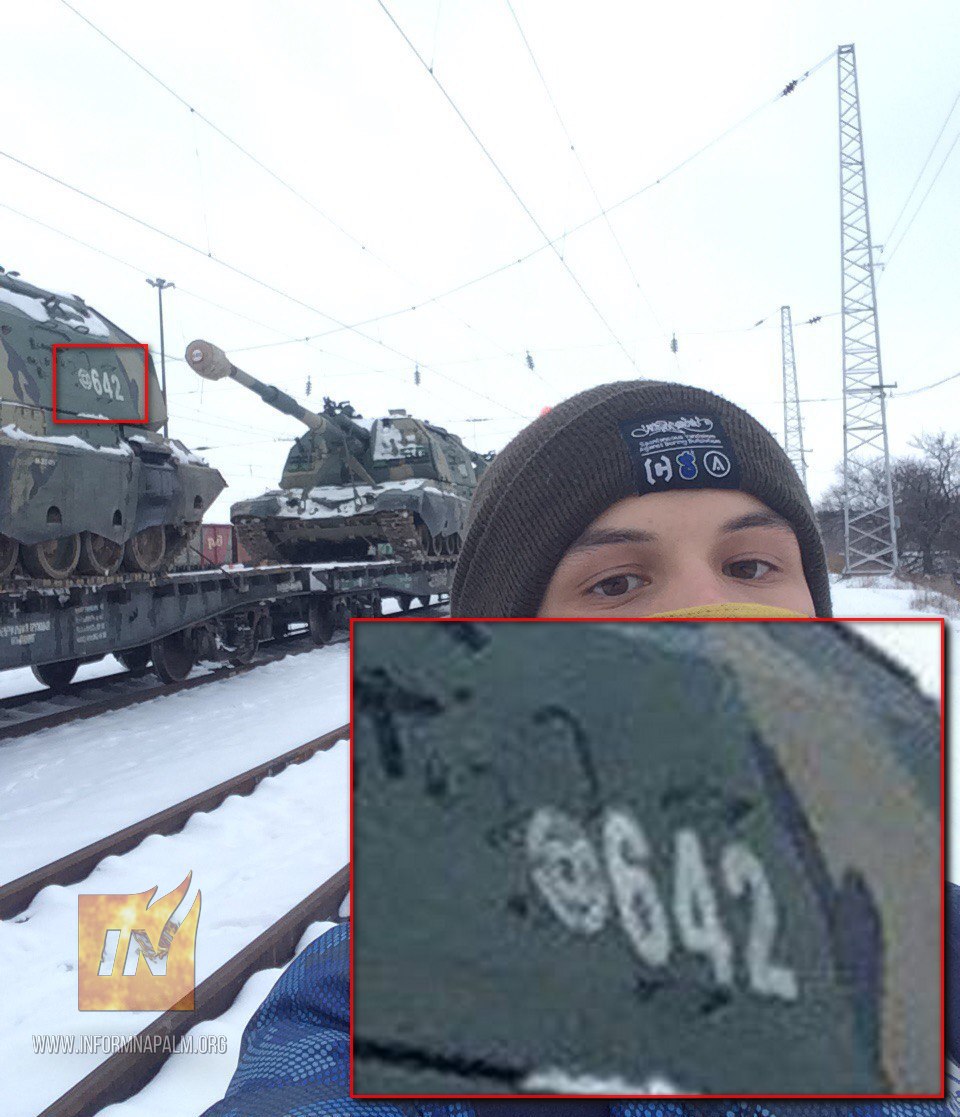 For comparison, we copied a photo of Msta-S number 643, which is also visible on one of the train’s flatcars, from one of 205th Brigade’s groups in social network VK. 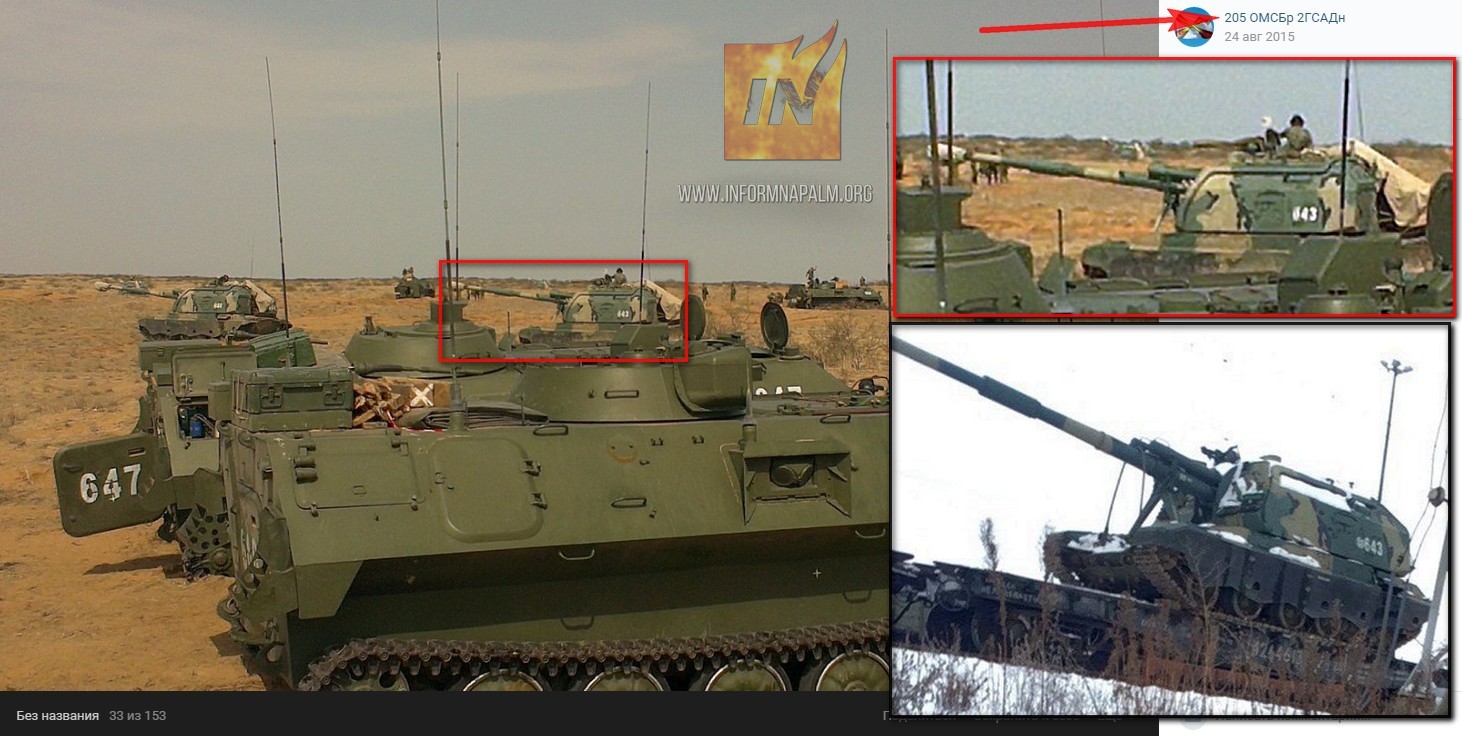 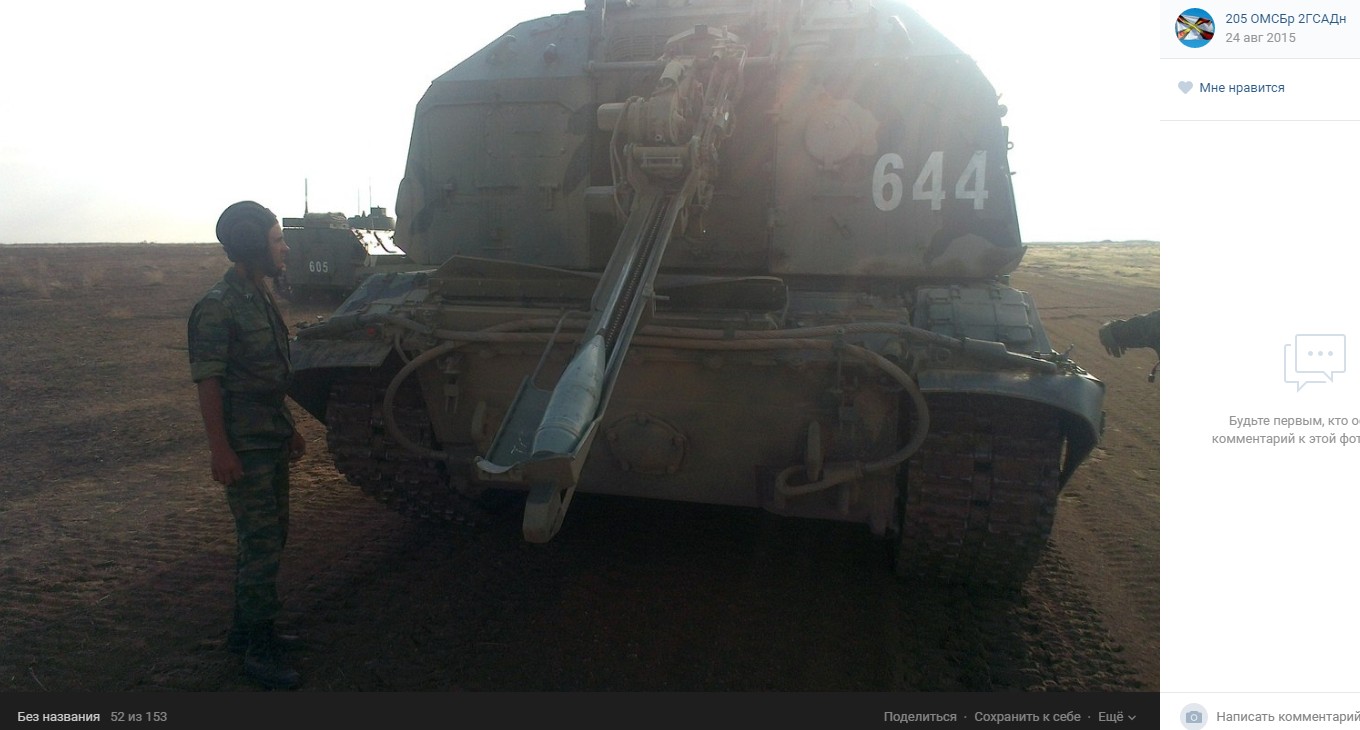 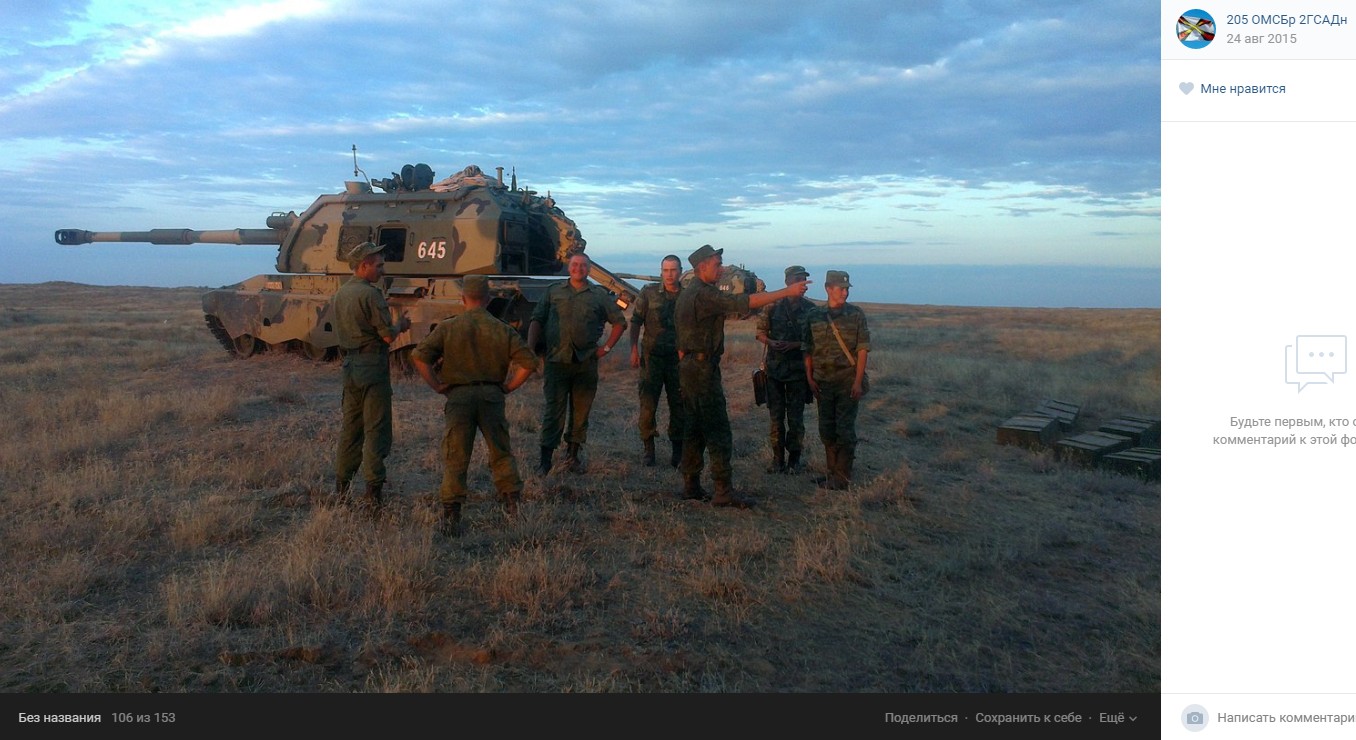 Everyone should make their own conclusions. But the question remains: why did the Russian contractors from Budyonnovsk ended up at the train station in Matveyev Kurgan, Rostov Oblast? Note that all existing Russian army training ranges in Rostov Oblast are located on the way to Matveyev Kurgan, which means the contractors and their equipment didn’t have one of those ranges as their destination.

Soldiers of the 205th Separate Motorized Rifle Brigade were featured in the investigations of the illegal invasion of Ukraine several times. Read more:

(CC BY) information has been prepared specially for the site InformNapalm.org. At a reprint and use of the material active link to the authors of our project is required.

We urge readers to actively share our publications on the social networks. The exposure of the investigation materials to the public may turn the tide of information and combat confrontation.

No Responses to “205th Brigade troops deployed to the Ukrainian border”