Russian Contract Servicemen of the 205th SMRB in Ukraine 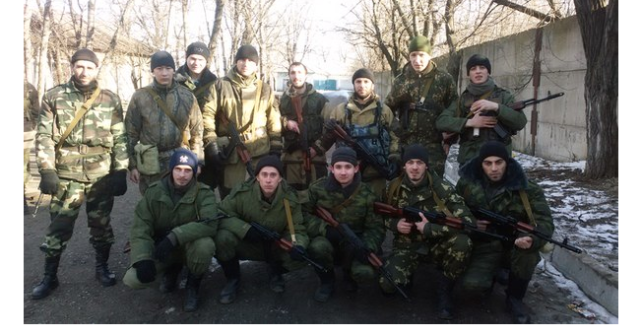 We are presenting information and photos,  kindly provided by a blogger-investigator “stabilizec” (https://stabilizec.wordpress.com/), which has tracked down the movement of troops from the 205th Separate Motor-Rifle Brigade of the 49th Field Army from  the Southern Military District of the Armed forces of the Russian Federation (military unit 74814, Budyonnovsk, Stavropol Krai) from Stavropol to Donbas.

Originally, the information was published on March 7, 2015. It reflects a recent period of time and indicates the presence of a regular unit from the 205th brigade in the Donbas region, in particular in the town of Horlivka.

There are social media profiles of eight contract servicemen from the 205th  Budyonnovsk Brigade showing the place of service, geo-location, and photos confirming their affiliation with  Russian armed forces, as well as the geography of their recent movements. Most of the photos from Donbas were uploaded in March of 2015. 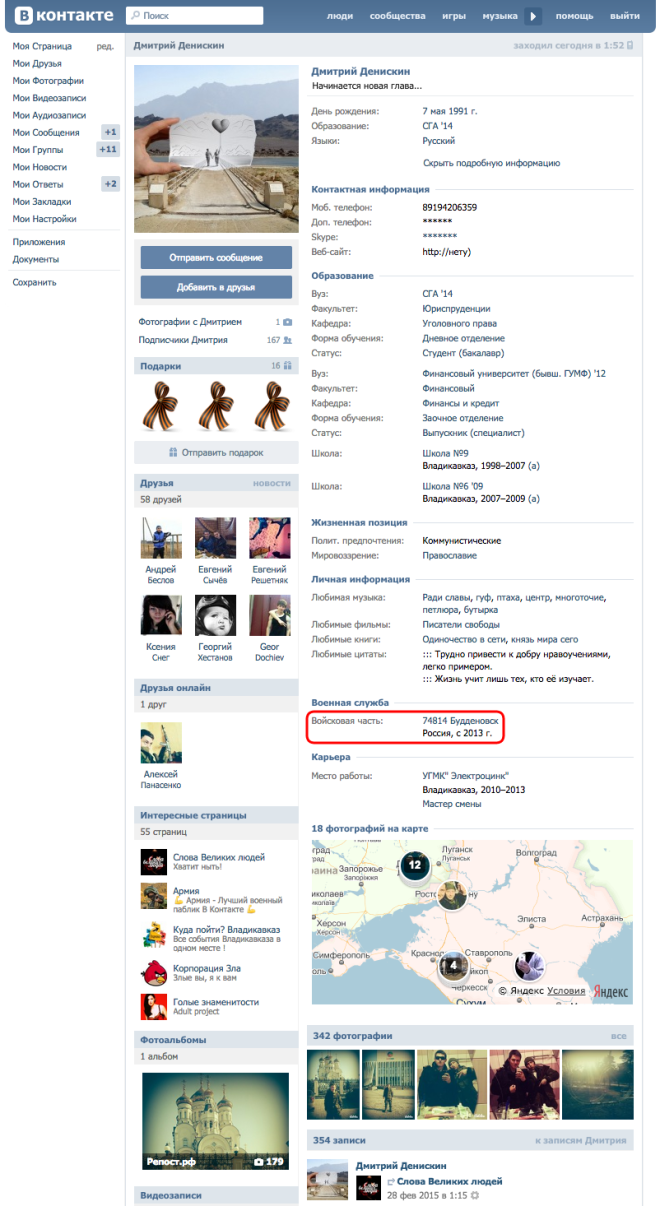 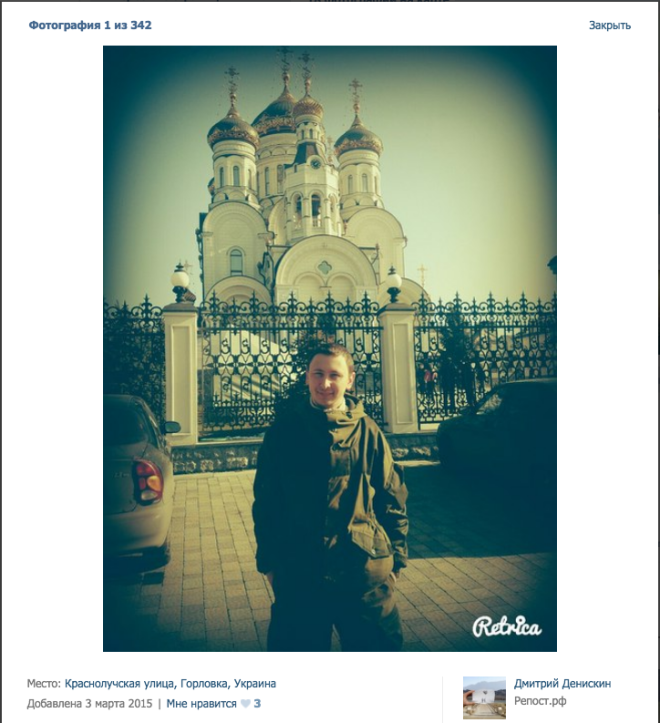 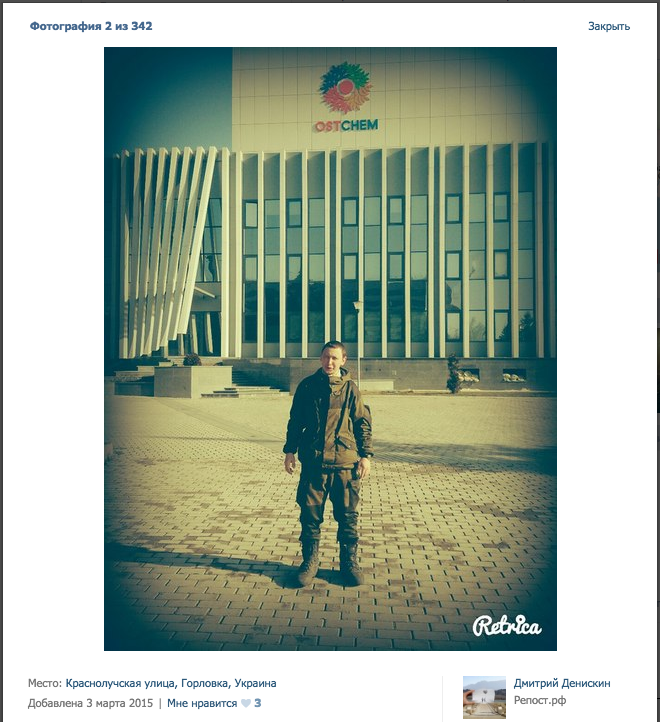 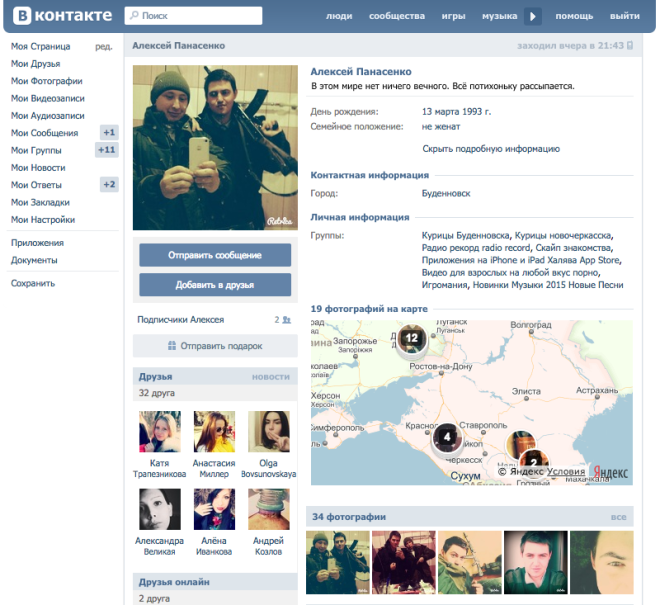 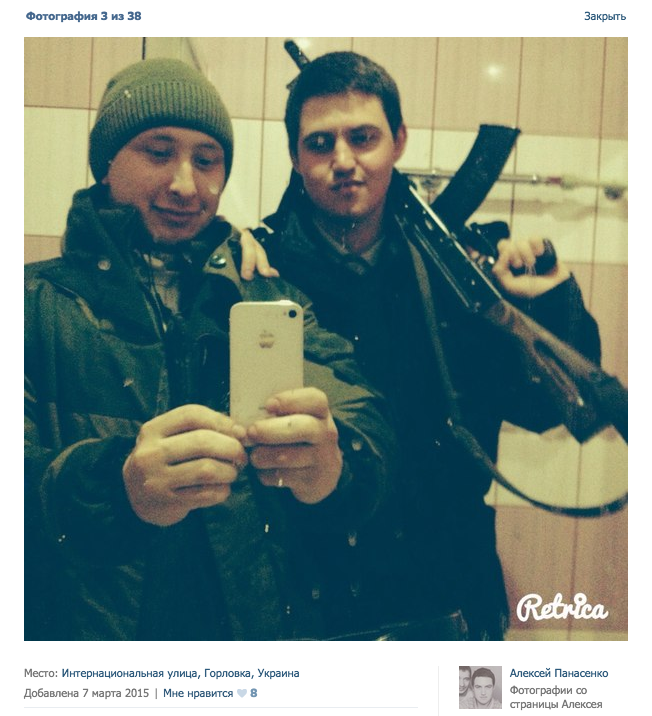 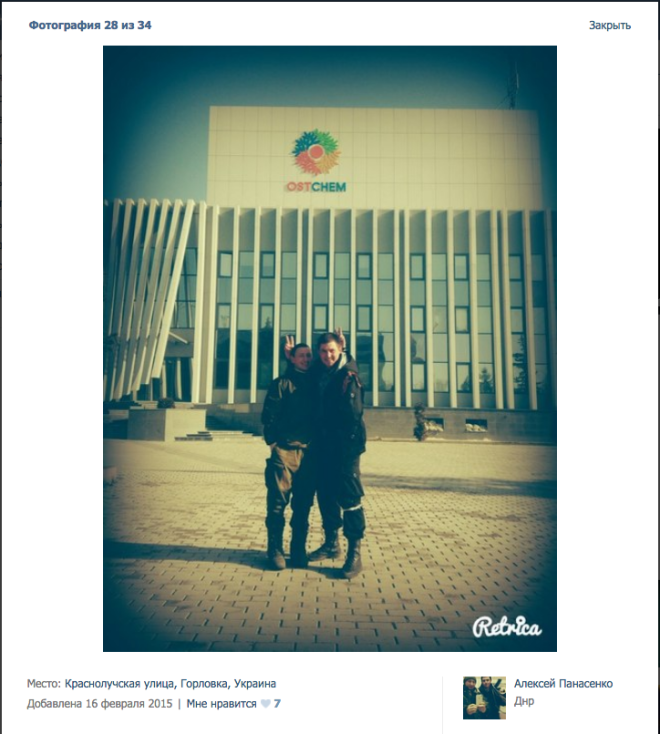 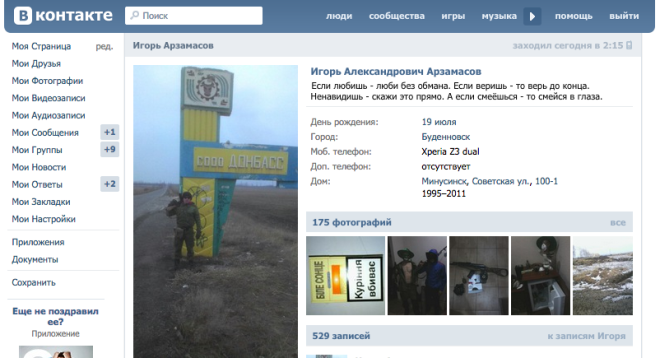 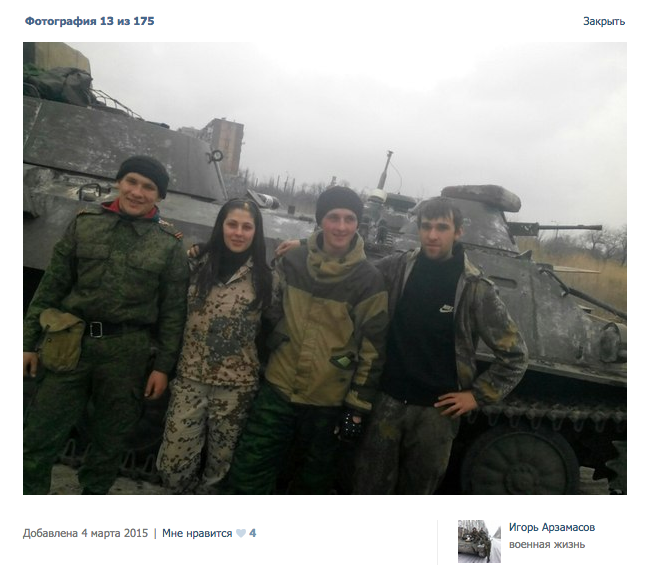 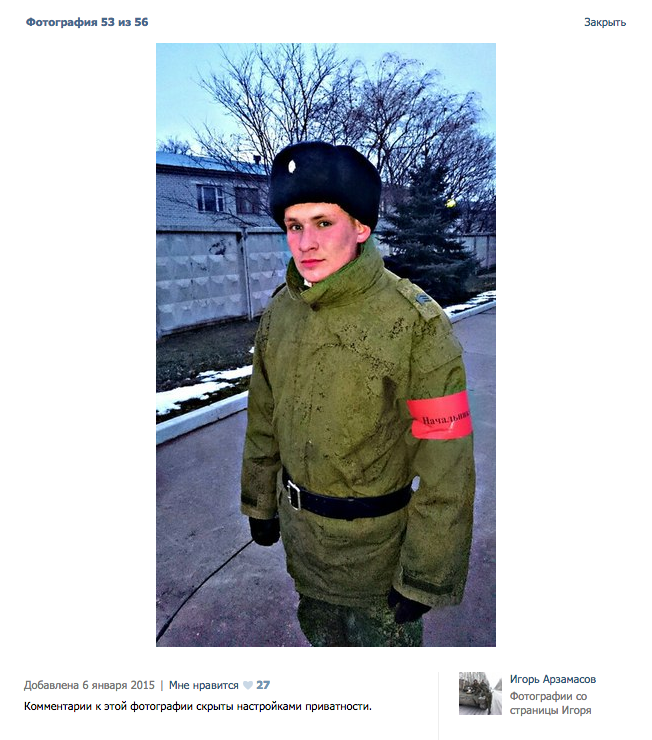 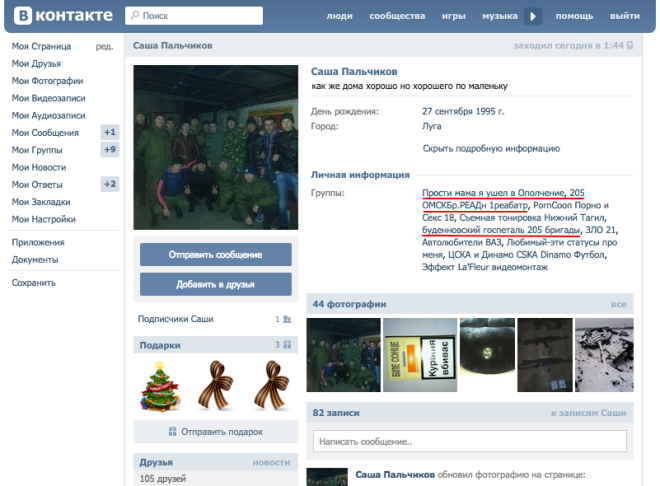 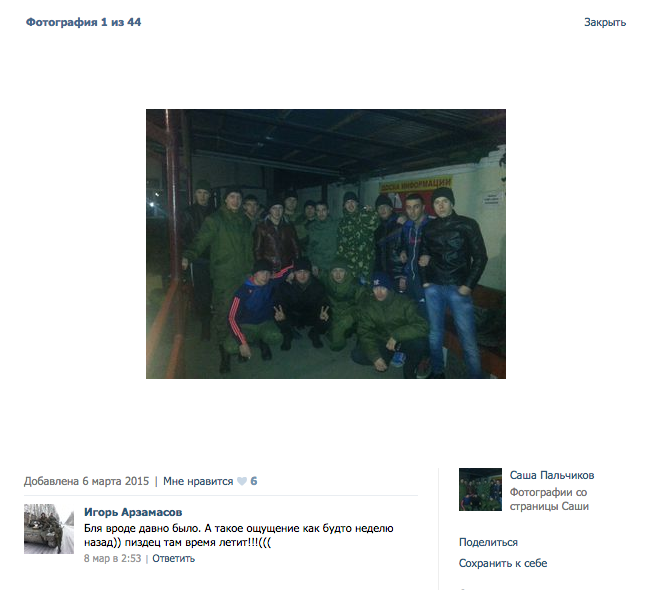 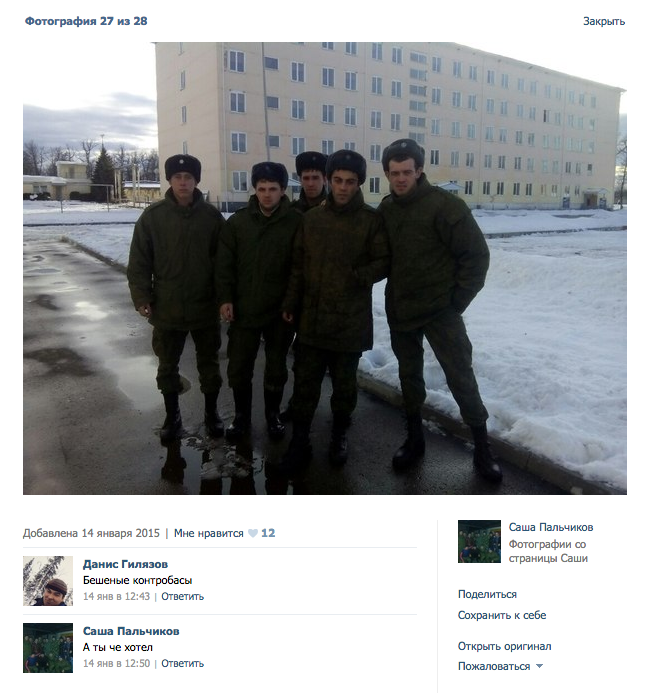 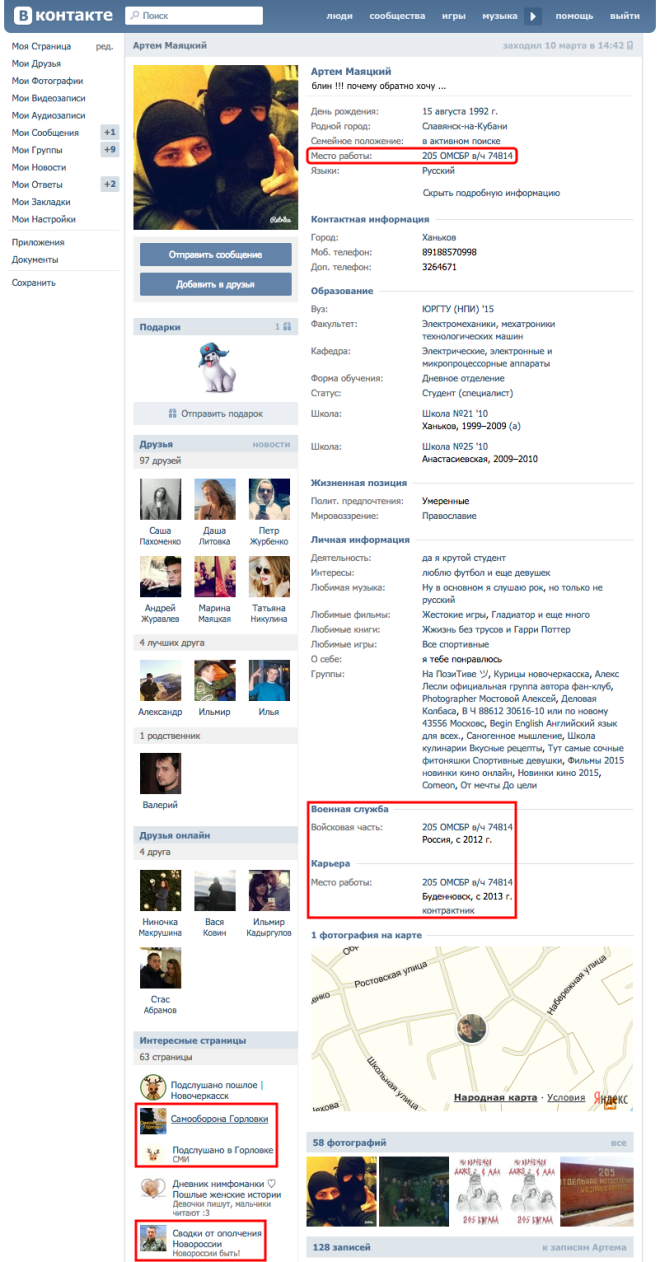 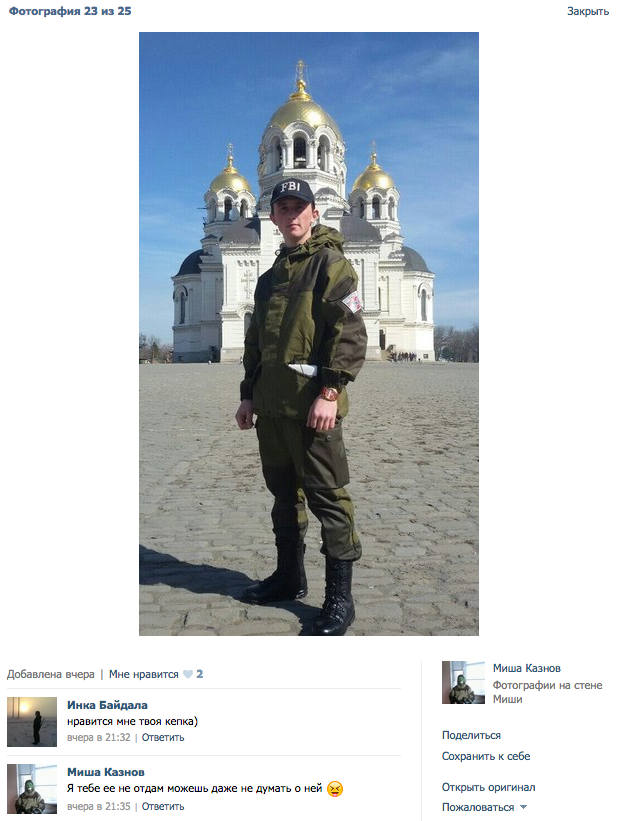 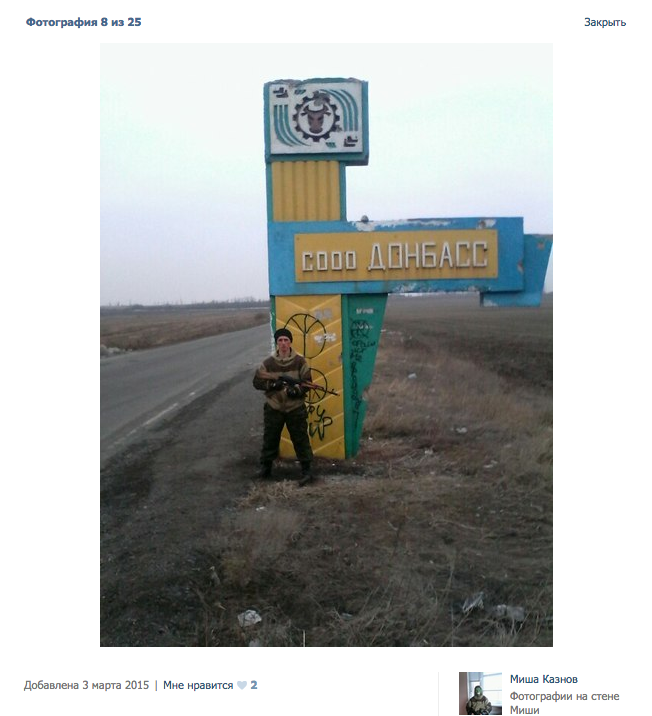 6. Artem Mayatsky – https://vk.com/id133681394. One of the photos was taken in a grocery store with Ukrainian products priced in Ukrainian hryvnias in the background. 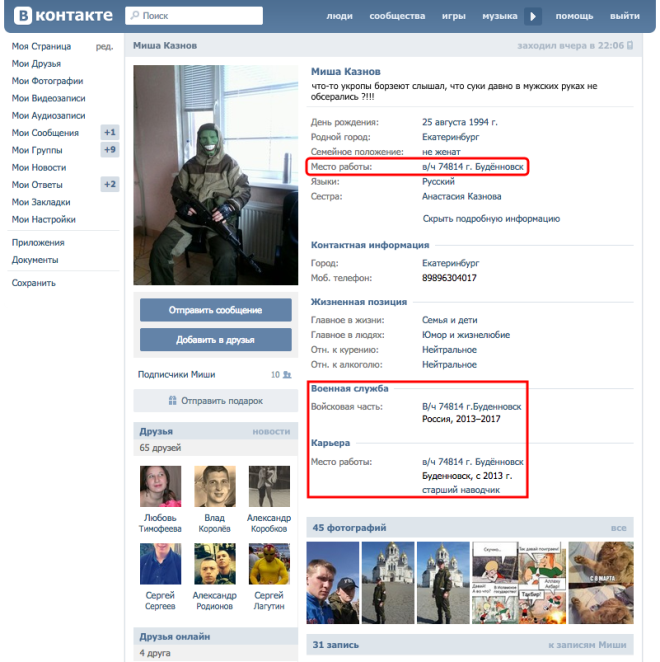 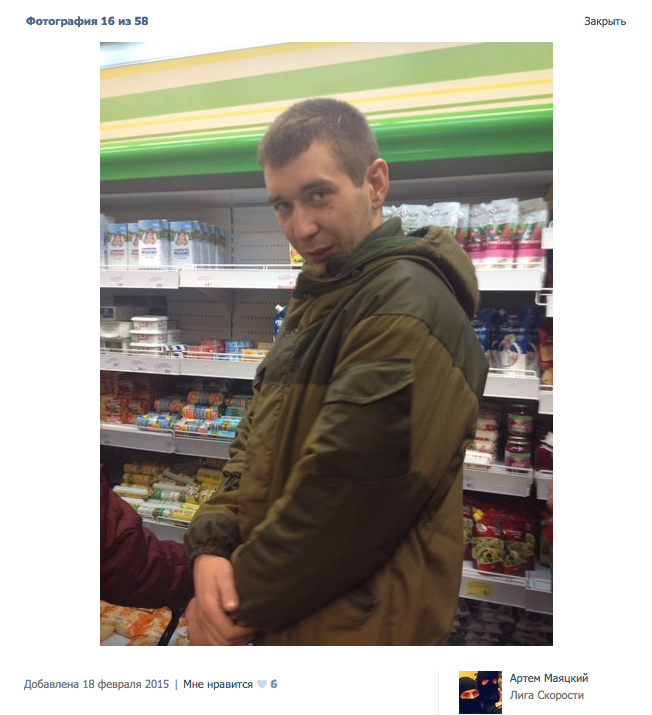 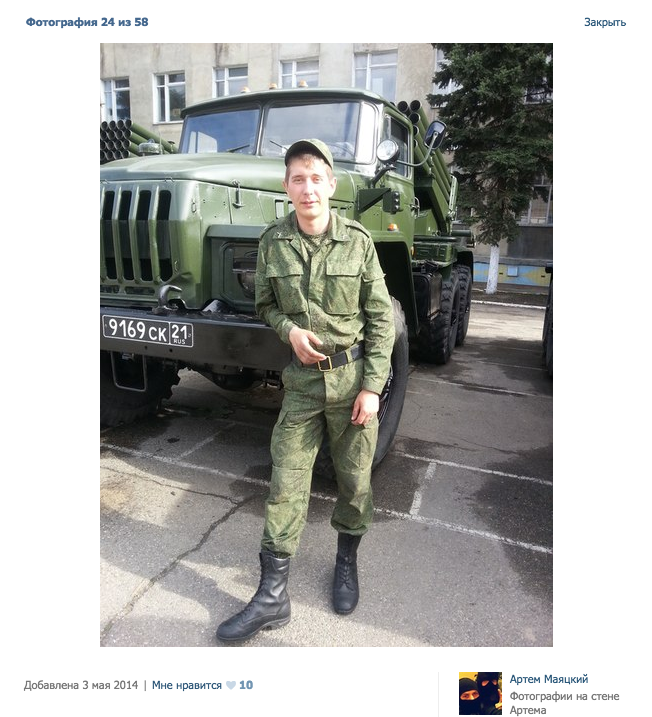 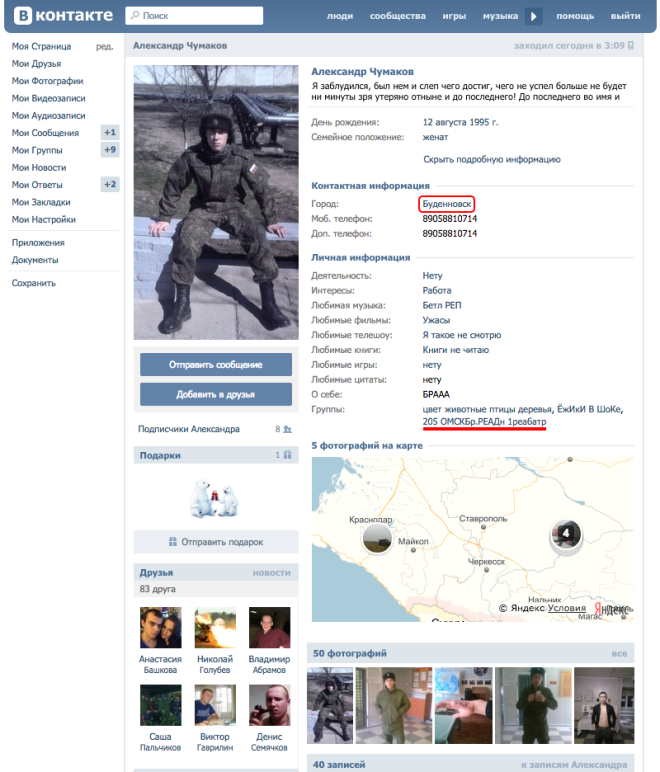 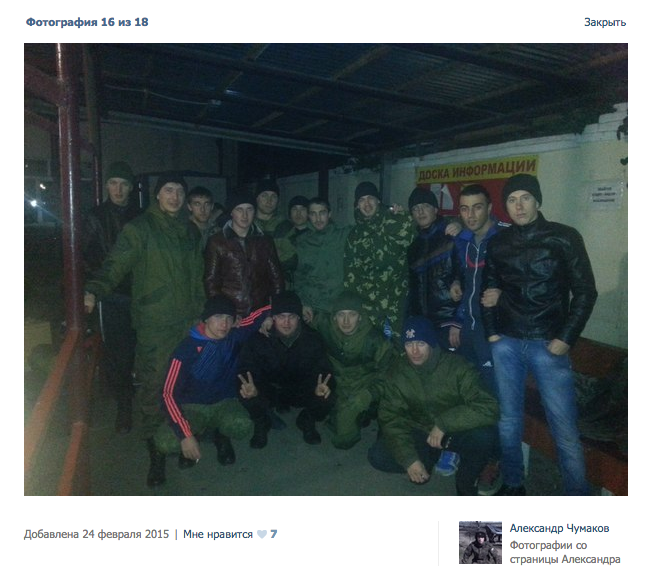 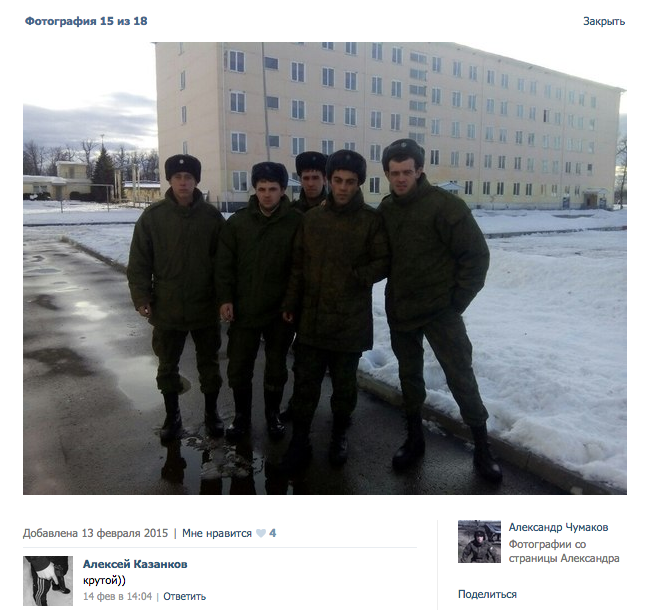 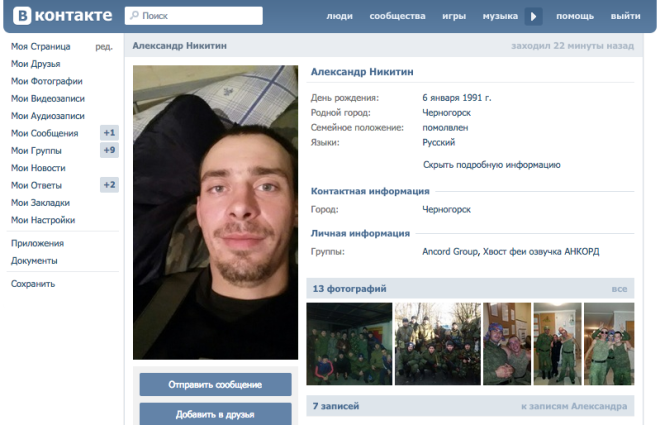 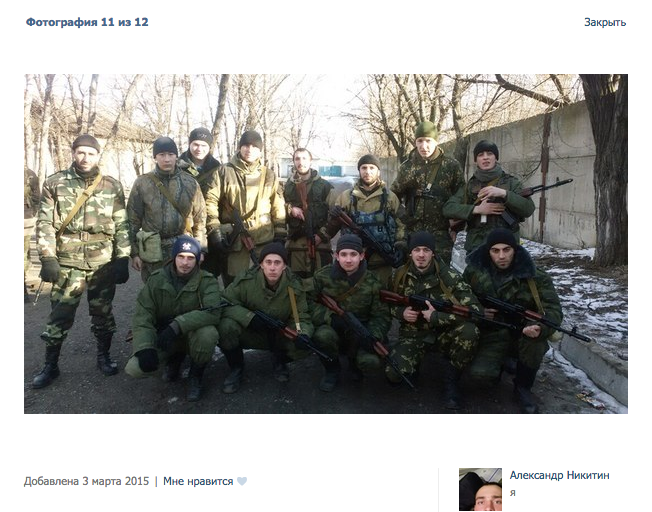 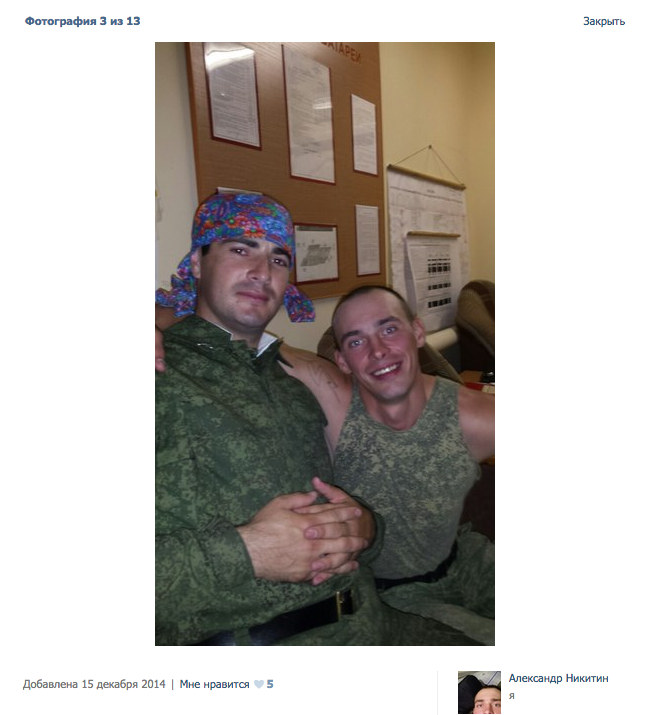 Many profiles of Russian soldiers have already been edited and cleaned, although an archival page of the original post by “stabilizec” displays the deleted photos.

This is a short version of the original posts that can be seen here:

The 205th  SMRB (military unit 74814, town of Budyonnovsk) and other “separatists” in Horlivka

The 205th  SMRB (military unit 74814, Budyonnovsk) and other “separatists”- contract servicemen in Horlivka

There are a lot of interesting entries in the “stabilizec” blog, indicating involvement of Russian armed forces in the

Prepared for publication by Irakli Komakhidze and Chris.

(c) When copying and reprinting, the reference to the author “stabilizec” is required.