VK profile of Ms. Annushka Konovalova (Andrianova) is interesting. She is 27 years old and her profile photo was made in Amvrosievka, Ukraine. This photo was made at the entrance point to Amvrosiivka, under the Stele. 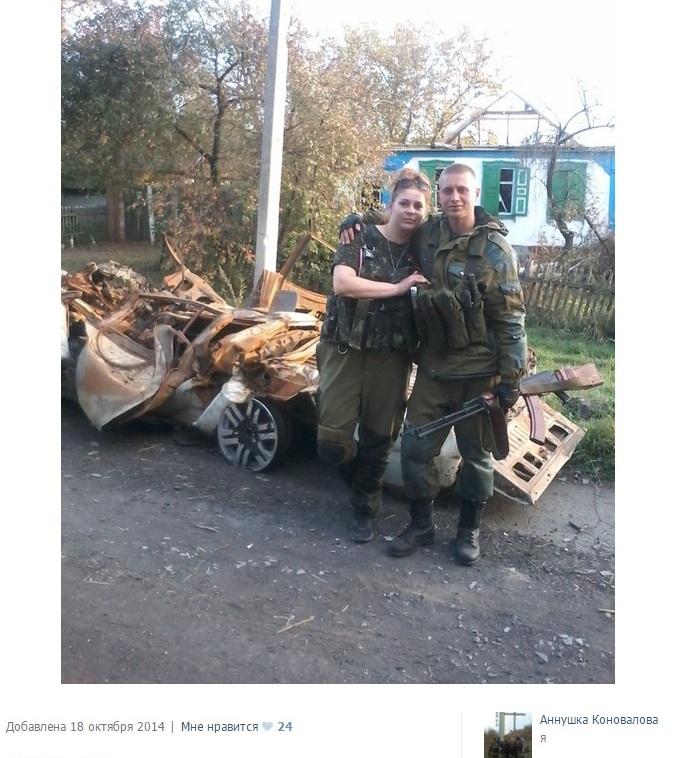 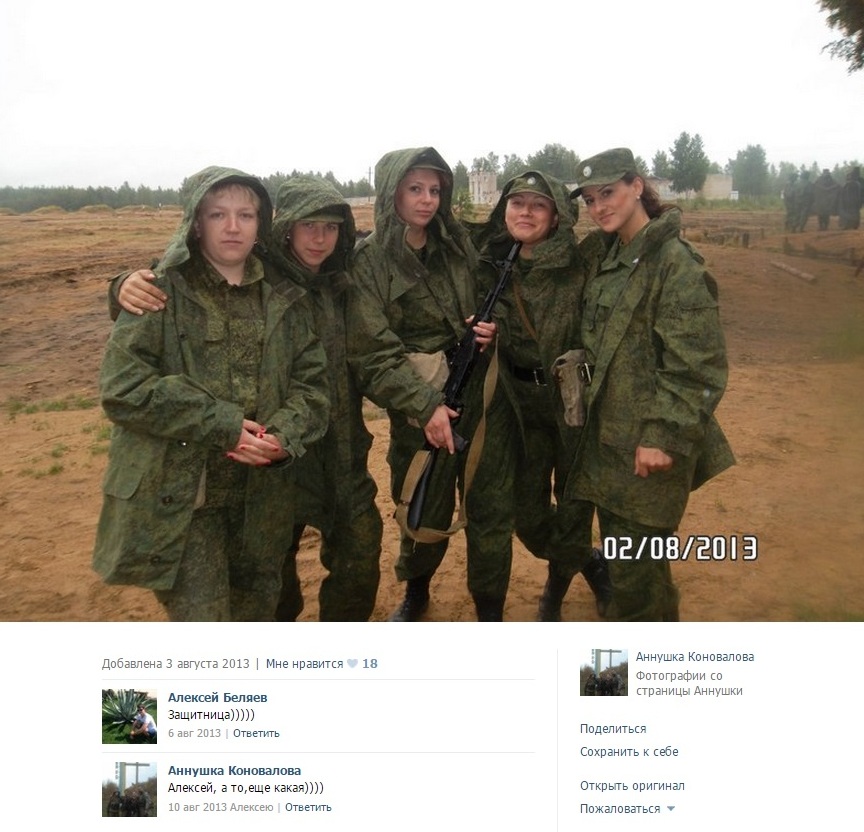 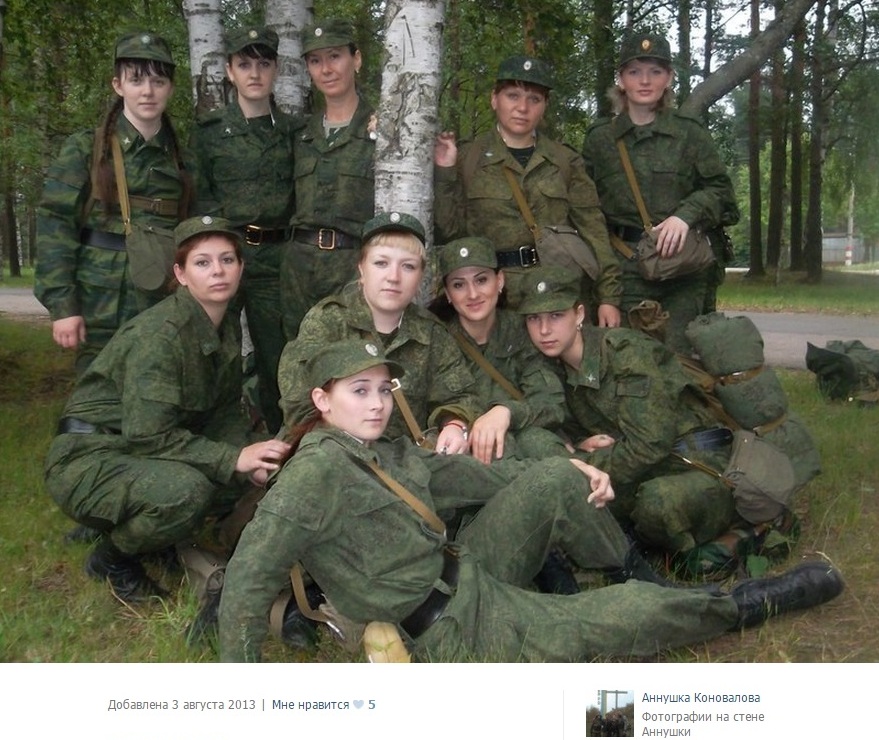 Earlier Annushka and the tall goat-bearded guy were present at the ‘Terrorist Wedding’.

According to the photos from Annushka’s VK profile dated 2013 — she is a private of the Russian Army. While the profile does not contain any direct mentions of Annushka’s unit, we see that she has a lot of online ‘friends’ from military unit No. 48886. Some googling reveals this military unit is a radio reconnaissance squad under command of the Russian Main Intelligence Directorate (GRU). 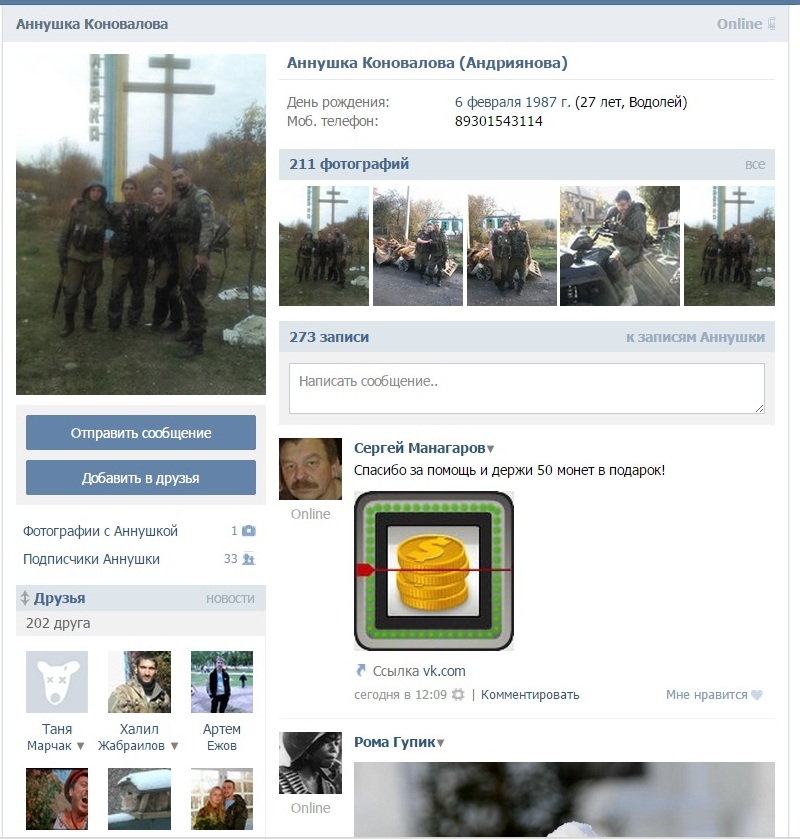 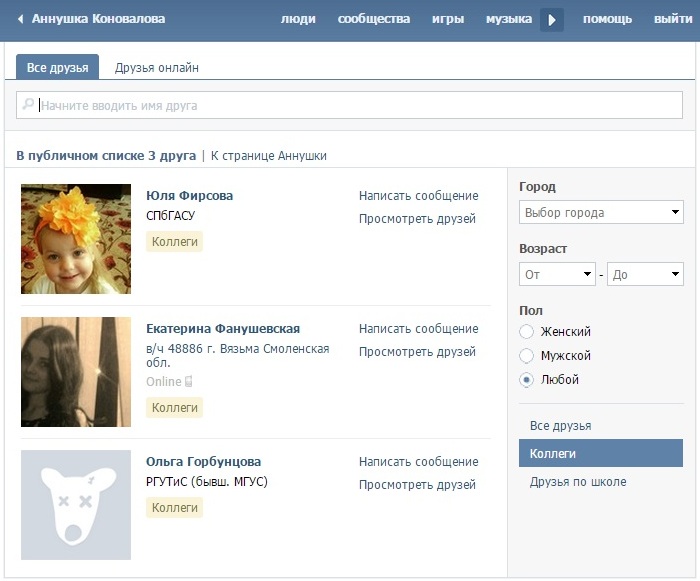