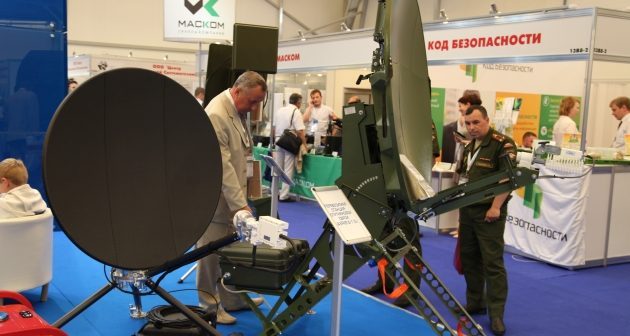 Russia does not waste any time deploying its newest military equipment to the combat zone.

During OSINT analysis of photographs, one can find types of equipment that are new and not yet well-known. Here we will shed some light on Russian military satellite communications in Syria.

Alexey Petyukov (archive), Nikolai Suvorov (archive), and Evgeny Khiryanov (profile1 archive, profile2 archive), servicemen of the138th Motorized Rifle Brigade (military unit 02511, based in the village of Kamenka,, Vyborg District, Leningrad Oblast) have become the subjects of an investigation by InformNapalm volunteer intelligence community. Their Syrian deployment was unremarkable, except for one peculiar detail.

At the end of their standard three months deployment to Syria, presumably from December 2015 through February 2016, they were awarded the “Participant of military operations in Syria” medal. Servicemen from Kamenka posted several photos of their life in Syria in social media (1, 2, 3, 4, 5, 6, 7, and 8). 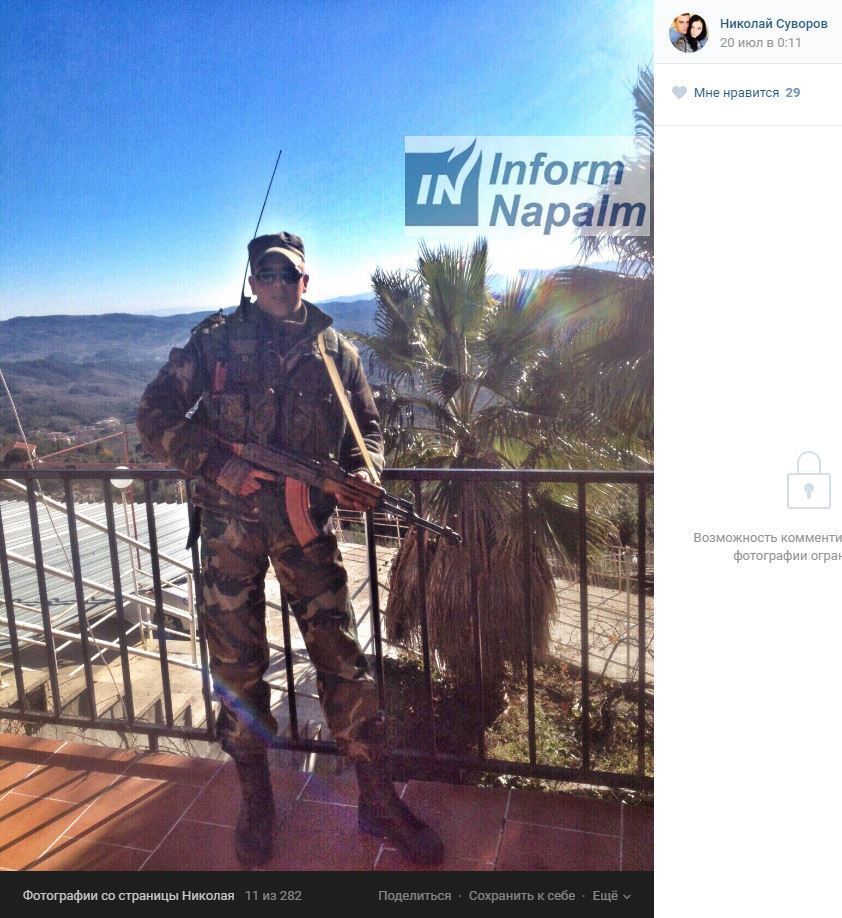 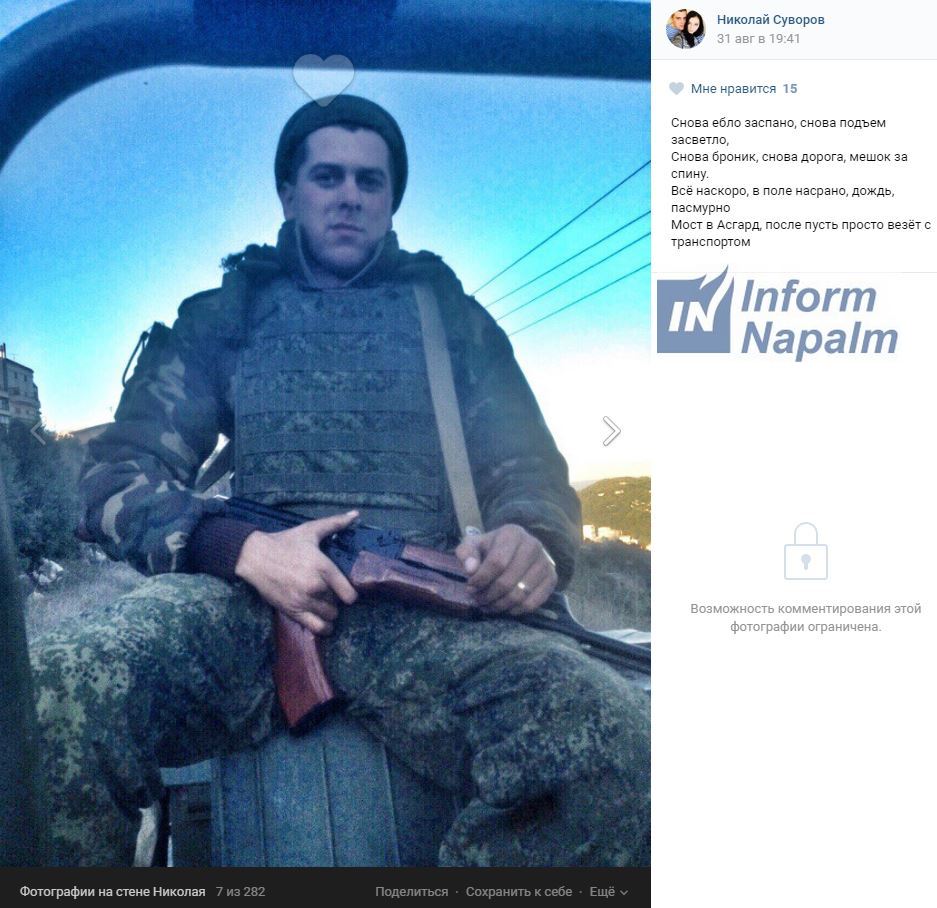 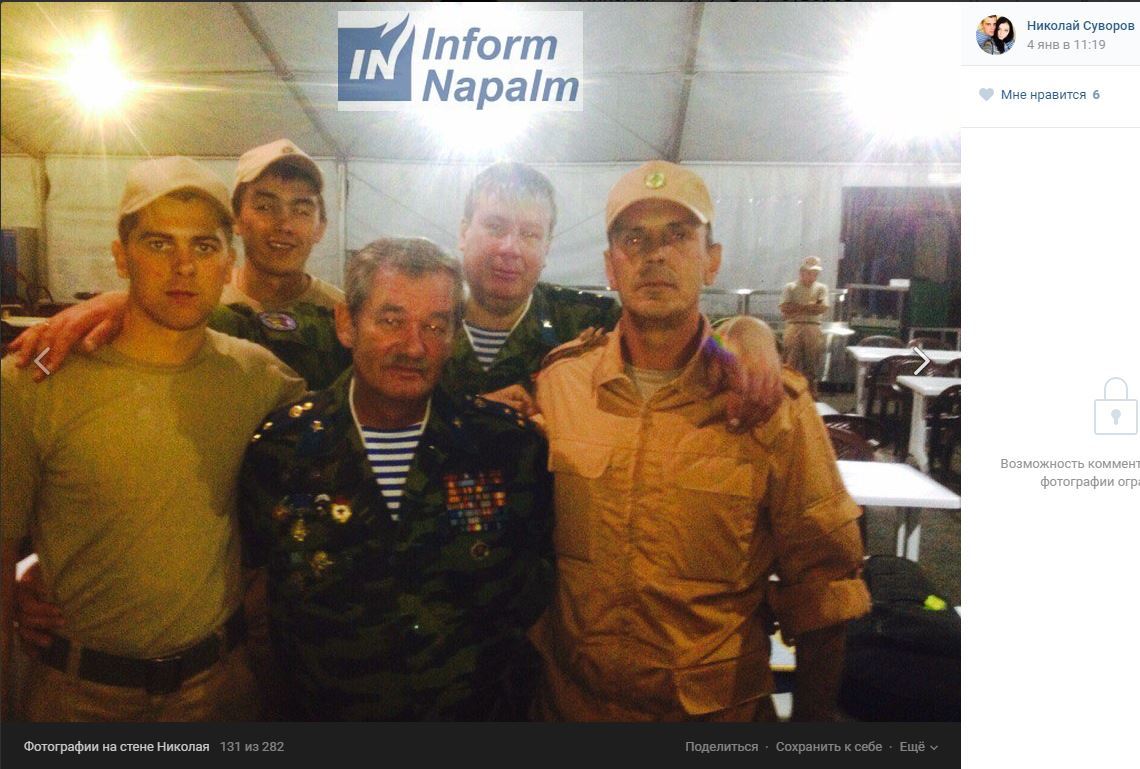 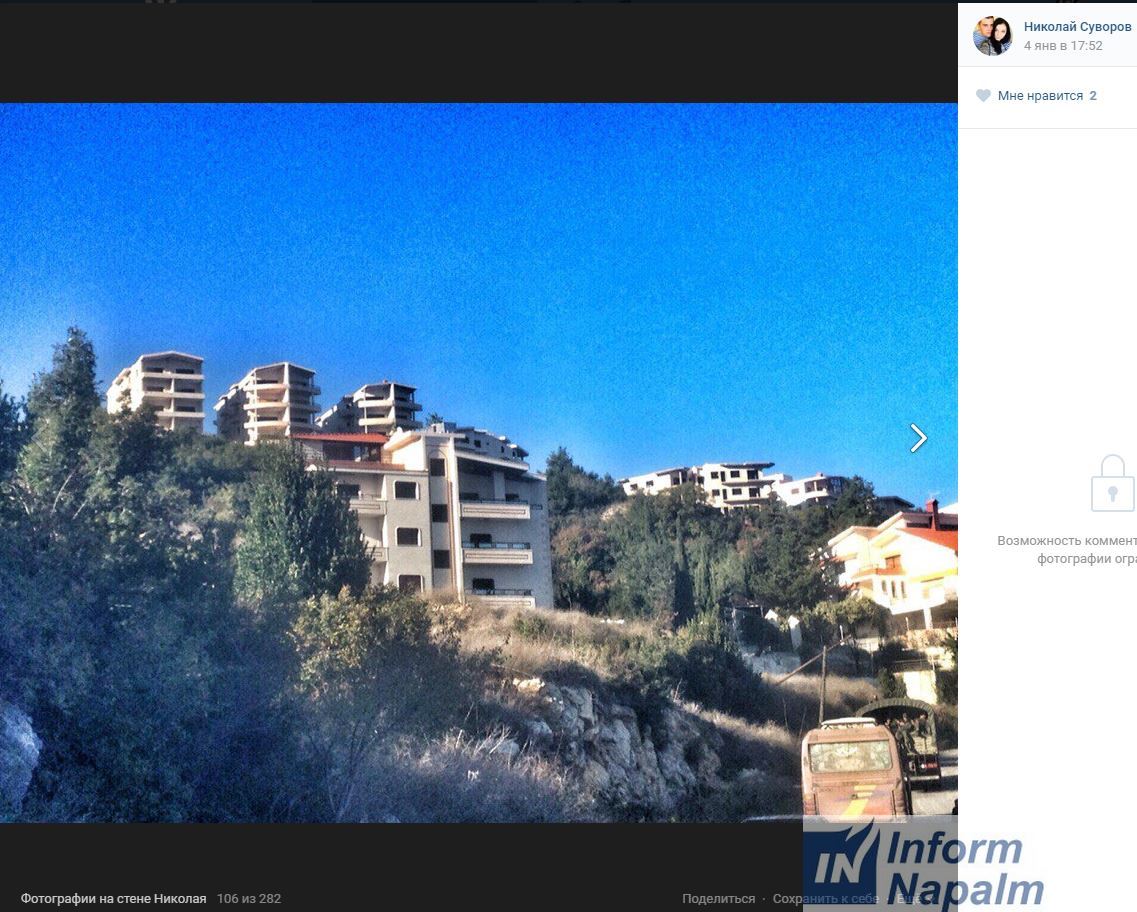 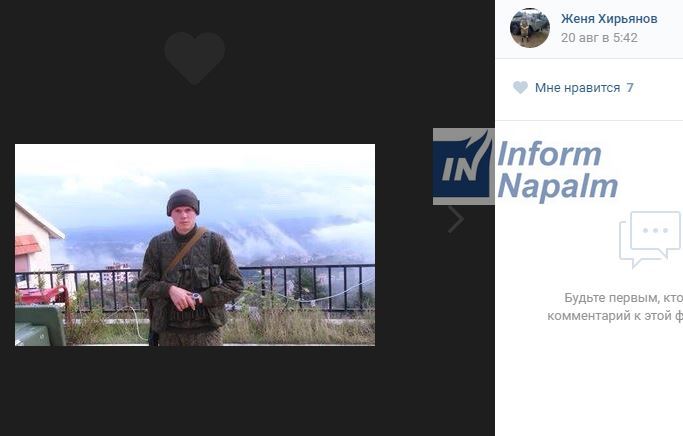 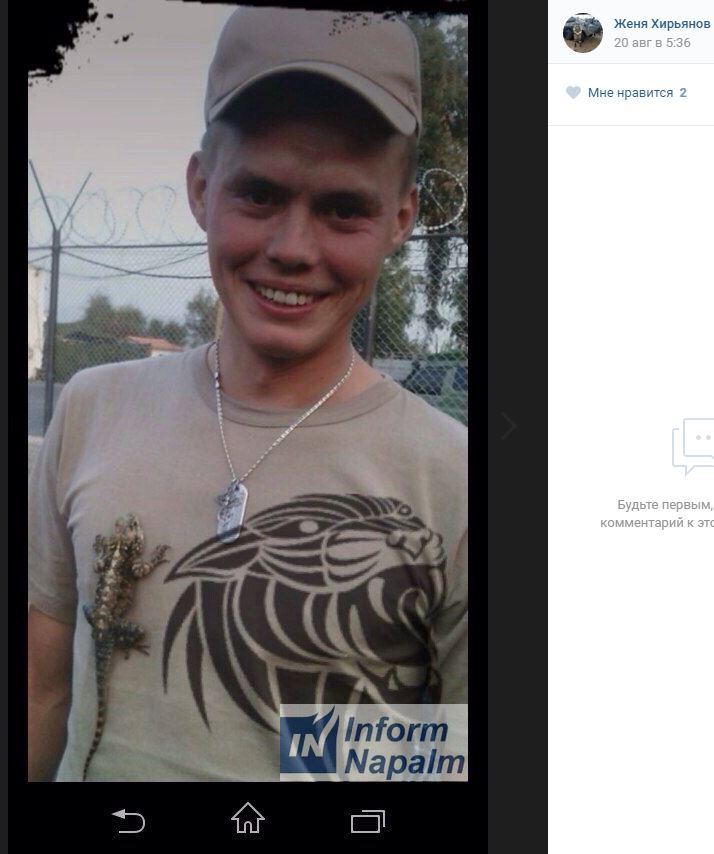 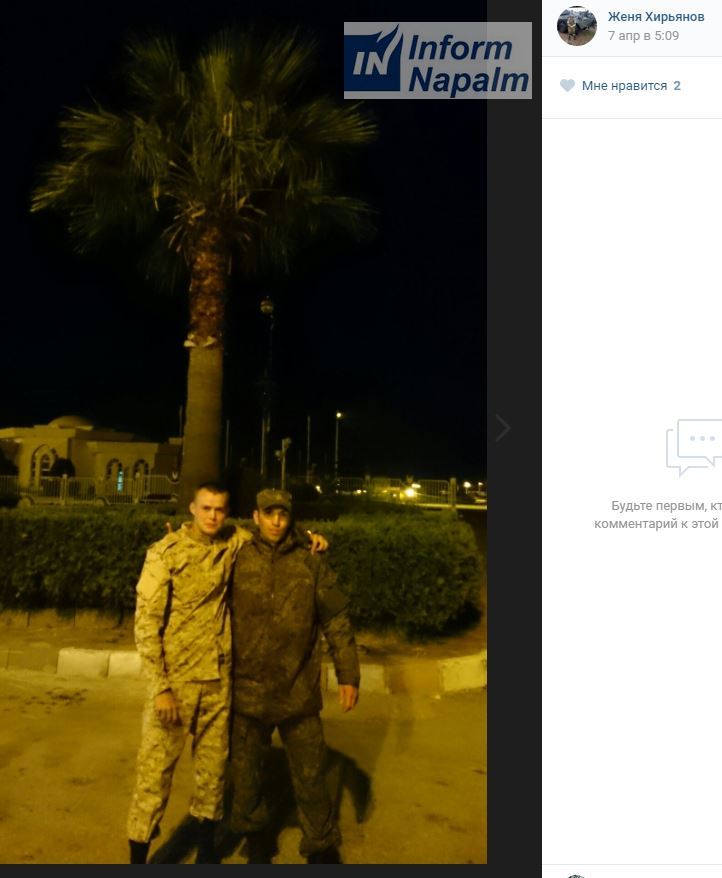 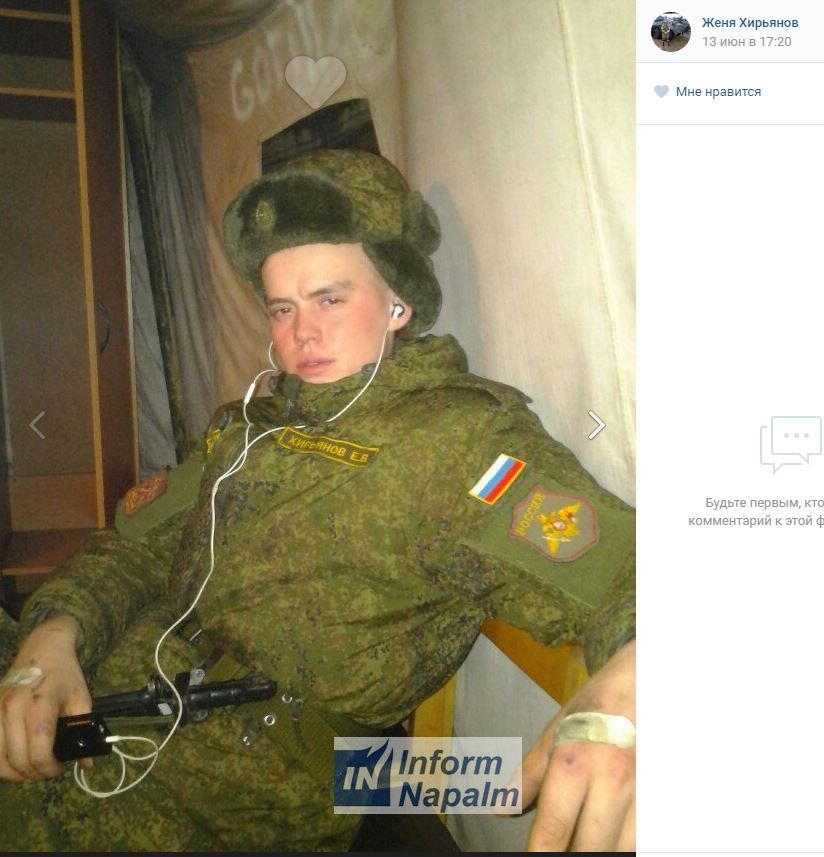 Geotags on many photos indicate that they were taken on the military base in Kamenka. Additionally, a sleeve patch visible in the photo, also confirms that these men serve in the 138th Motorized Rifle Brigade.

Besides the “Syrian” medal, the servicemen were awarded the “For Distinction in Combat” medal (photo 1, 2, and 3). 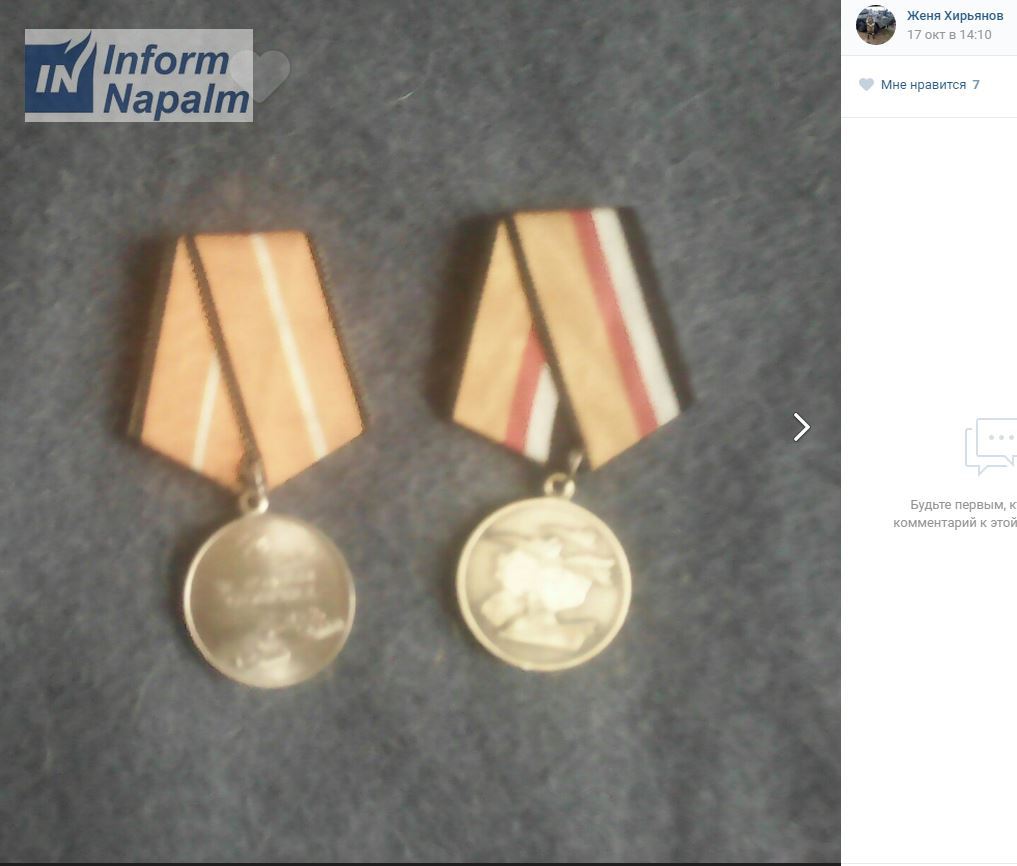 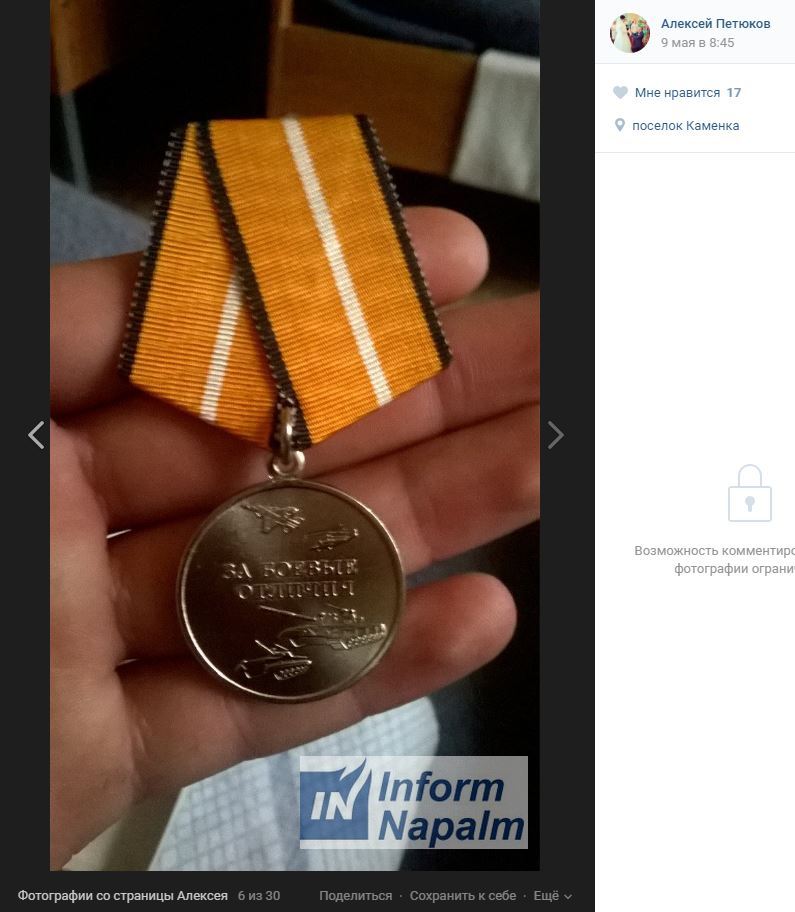 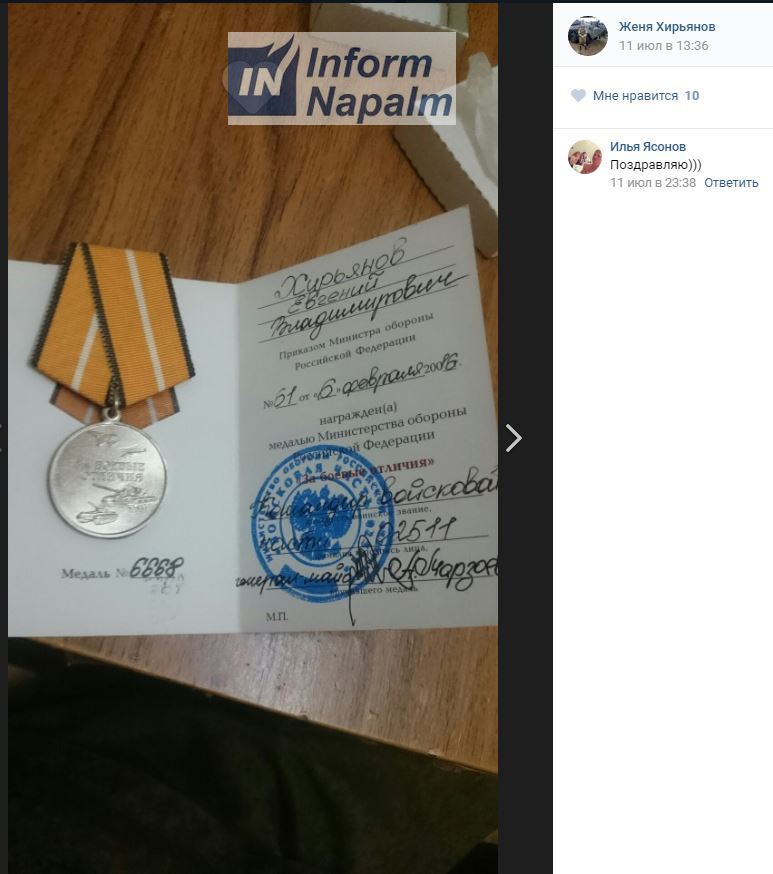 Supposedly, Russian troops do not participate in ground operations in Syria but the Army servicemen keep receiving combat medals. For what?

The answer was given by the 138th Motorized Rifle brigade communications operator Alexey Petyukov who uploaded some pictures for just one day and then deleted them suddenly. However, using UKROPalantir system, we were able to track the deleted photos with their geotags (under the pictures, there is the exact time when they were uploaded in the album). 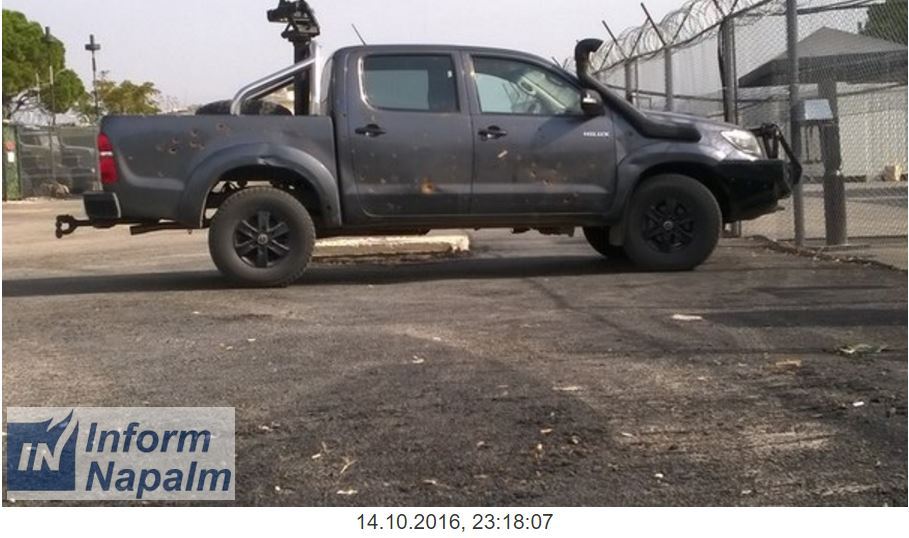 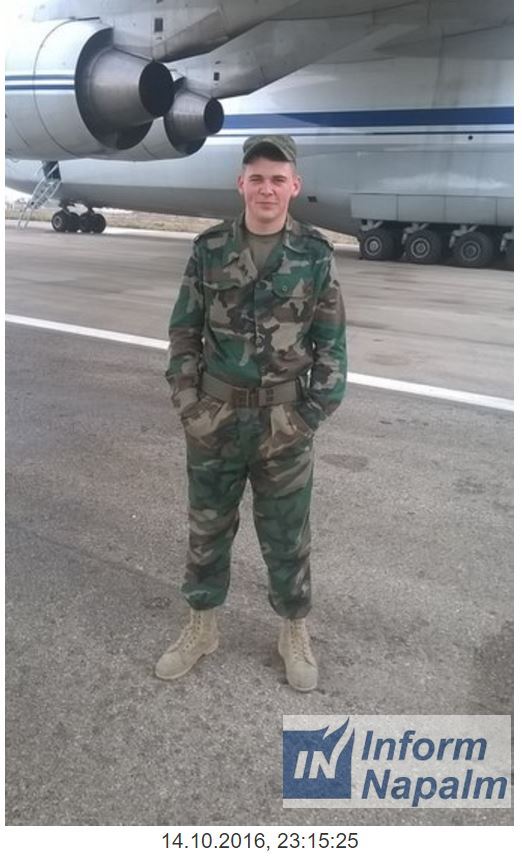 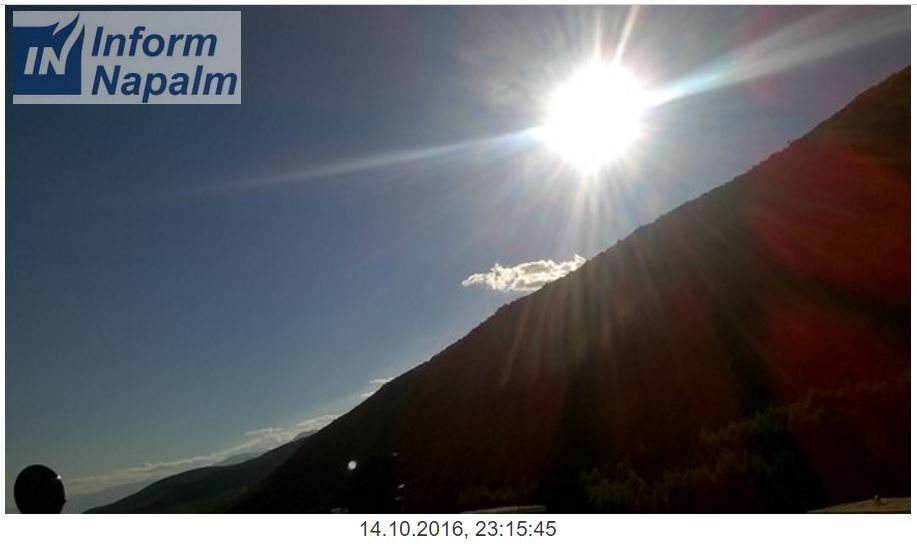 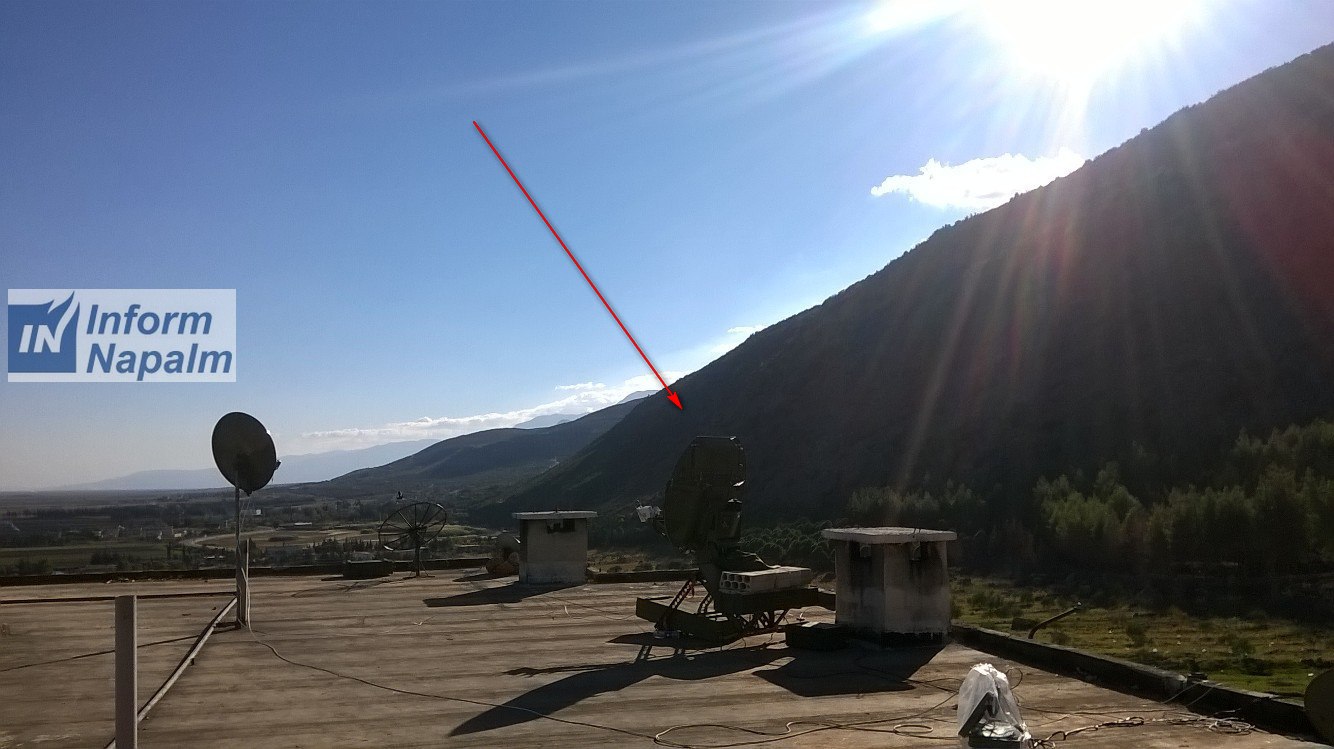 Apparently, the communication operators from Kamenka were organizing satellite communications between Russian forces and their command using the Auriga satellite communications station. This station, as stated in the specifications, is a modular device that is able to work autonomously, can be set up by one person in 10 minutes and provides secure video communication in diverse weather conditions and in mountainous terrain. To prevent this modern piece of equipment from collapsing, soldiers carefully secured it with a piece of concrete slab.

This newest Russian equipment had been demonstrated at the JSC Voentelekom stand at the Interpoliteh-2014 international security exhibition in Moscow and at the Army-2015 international military-technical forum in Kubinka. Then it was noted during communications operator exercises in Armenia and at the Innovation Day Exhibition in Vladivostok  in 2015. 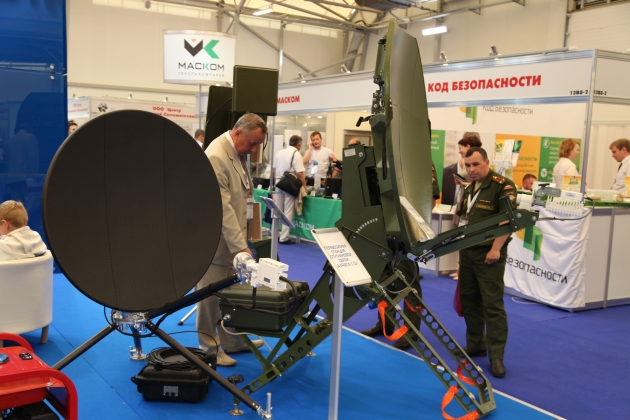 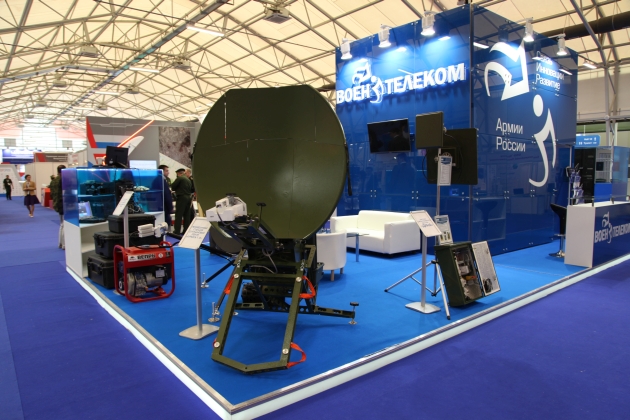 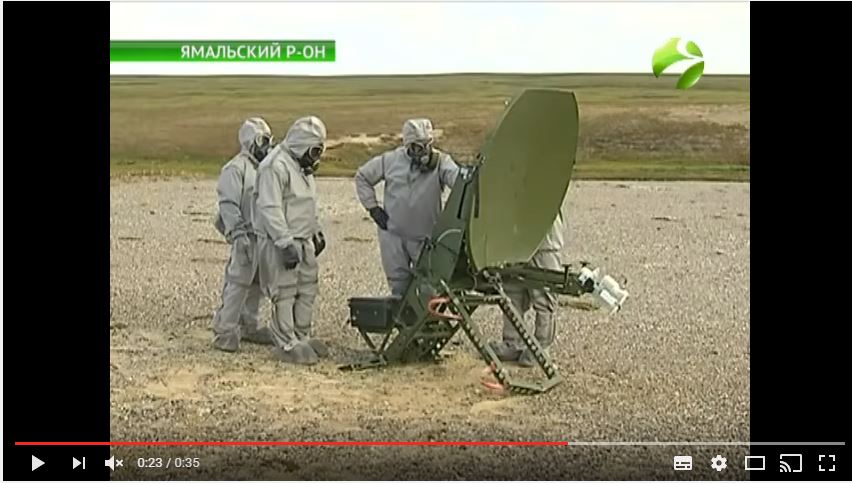 Also, it was seen in the summer of 2016 during the liquidation of reindeer infected by anthrax in the Yamal region that was conducted by military units (video). Now, thanks to the servicemen from Kamenka, it has been spotted in Syria.

Thus, this investigation adds one more unit to the list of Russian military units deployed to Syria. We can confirm that the Russians have been using new military equipment in combat operations there. Also, we were able to locate one of the command posts of the Russian ground forces in Syria.

Let us remind you that Dmitry Peskov, Press Secretary of the Russian President, said in 2015: “President Putin has repeatedly stated that Russia will perform an Air Forces mission only and the ground operations option is off the table. In addition, I would like to remind you, that the Air Force operation is being conducted precisely to support the ground offensive operation of the Syrian Arab Republic Armed Forces.”

By Victory Krm and Mikhail Kuznetsov