Base of the Russian Occupation Forces in Yenakiyeve 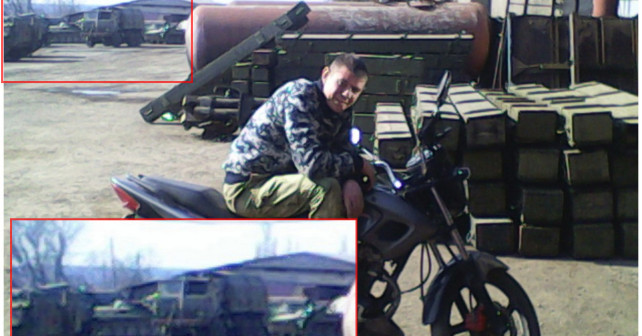 In the end of August our volunteer group found pictures showing various military vehicles (‘Grad’ MLRS units, self-propelled guns, tanks) belonging to the Russian occupation forces on a field camp near the village of Karlo-Marksove located between Horlivka and Yenakiyeve. Besides that, ‘Gvozdika’ 122-mm self-propelled guns were found hidden in nonresidential premises.

Today, in the course of another OSINT investigation, we identified one more base of the Russian occupation forces. It is located in Yenakiyeve where ‘Gvozdika’ units were once hidden in non-residential facilities. The occupants picked an appropriate place for this base – it is just in about 4 km from the training field camp of the Russian terrorist troops. 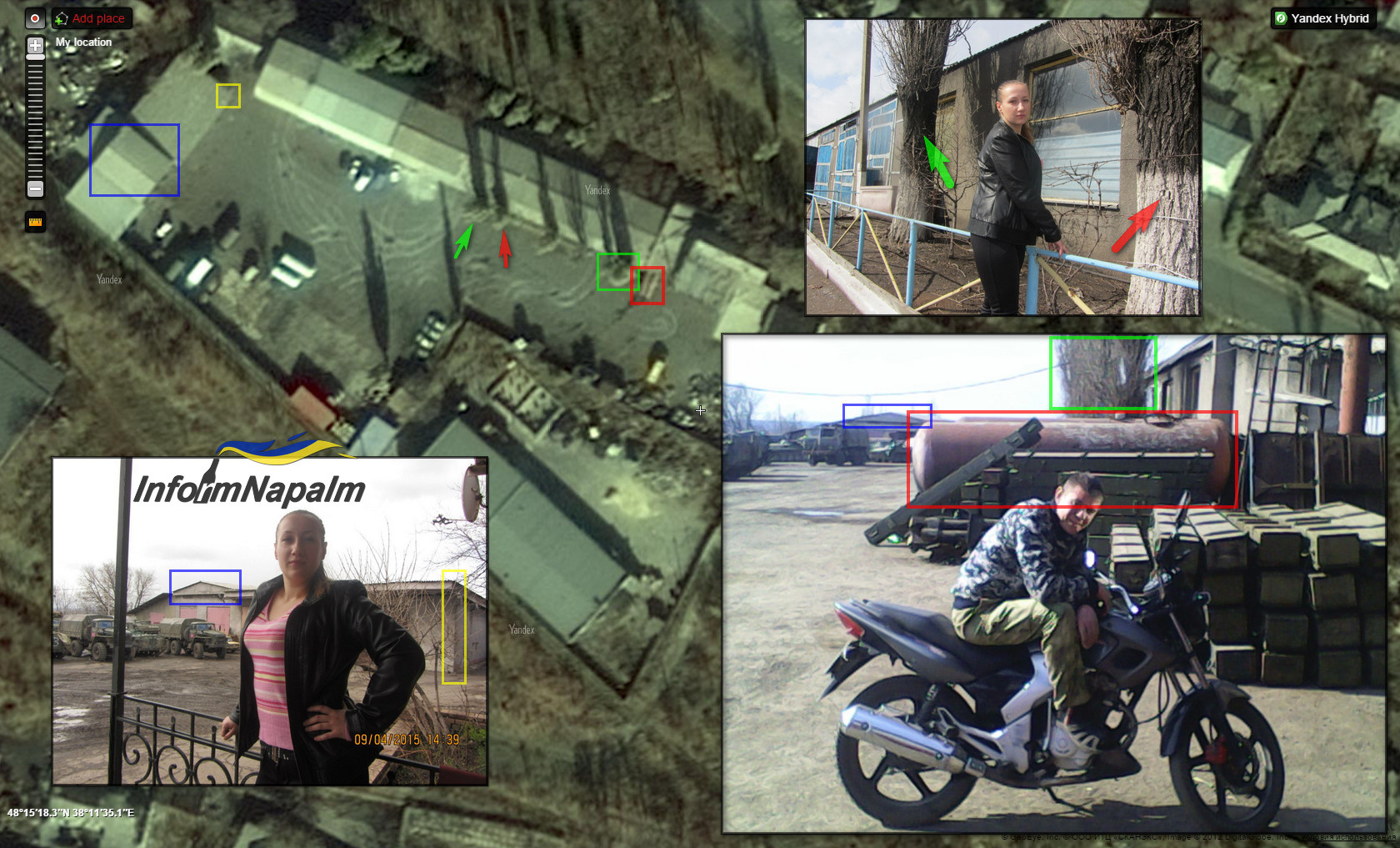 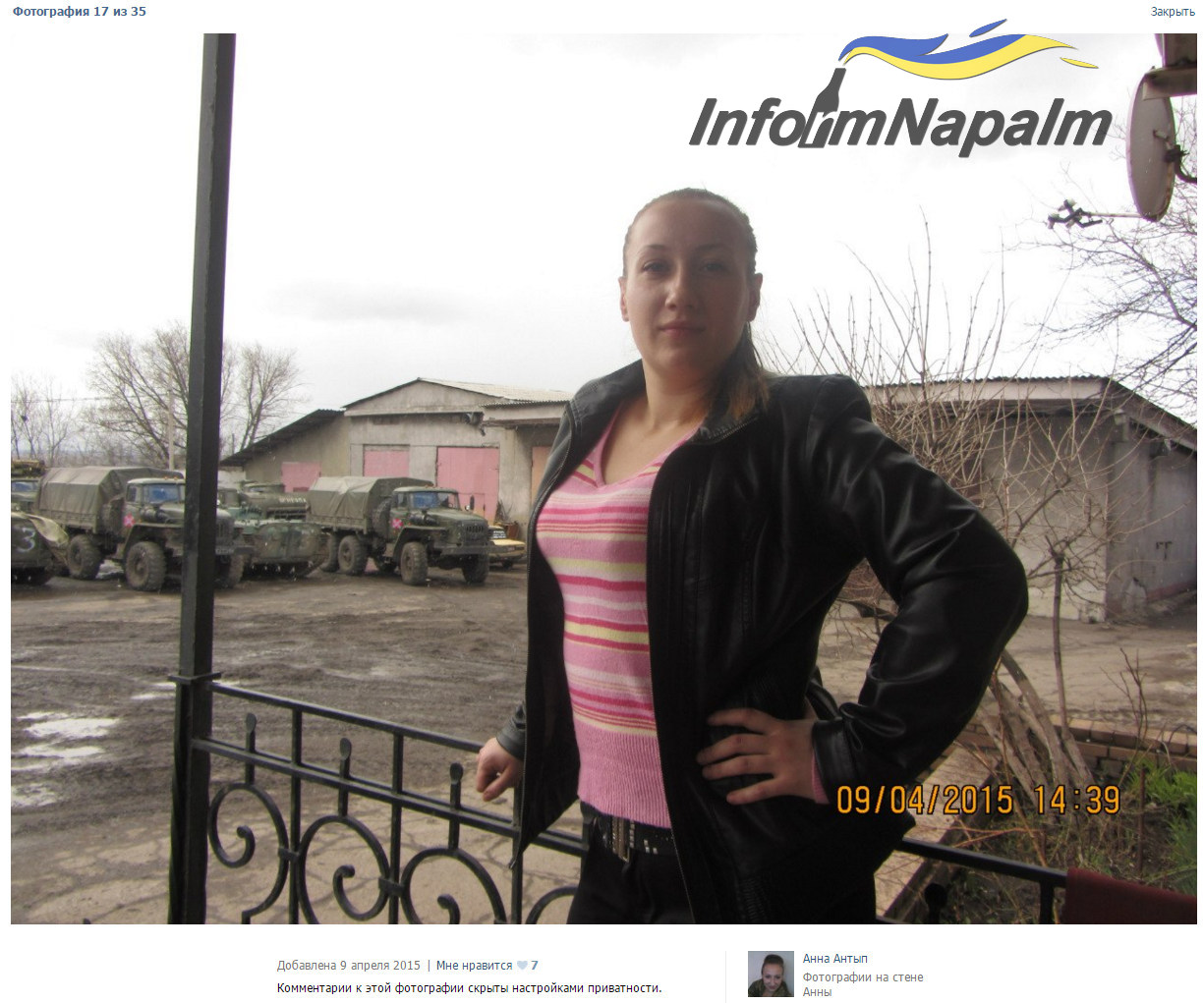 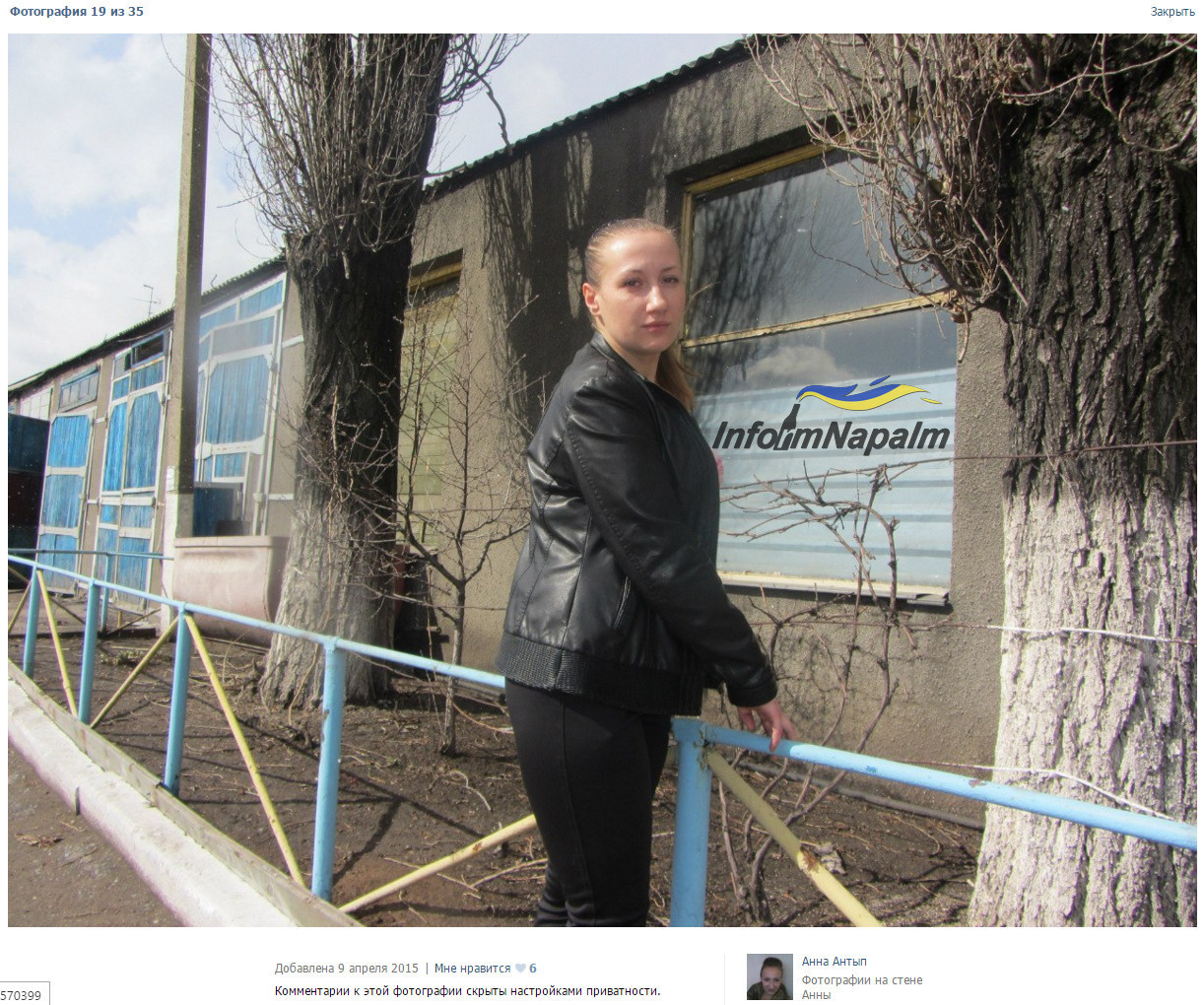 ‘Gvozdika’ self-propelled guns with side numbers 514 and 515 from this article have been already described in our previous topic. Let us remark here that in contrast to the April pictures (in this article) the summer pictures (in the other one) show the guns painted in deep green color.

Inside one of the premises. 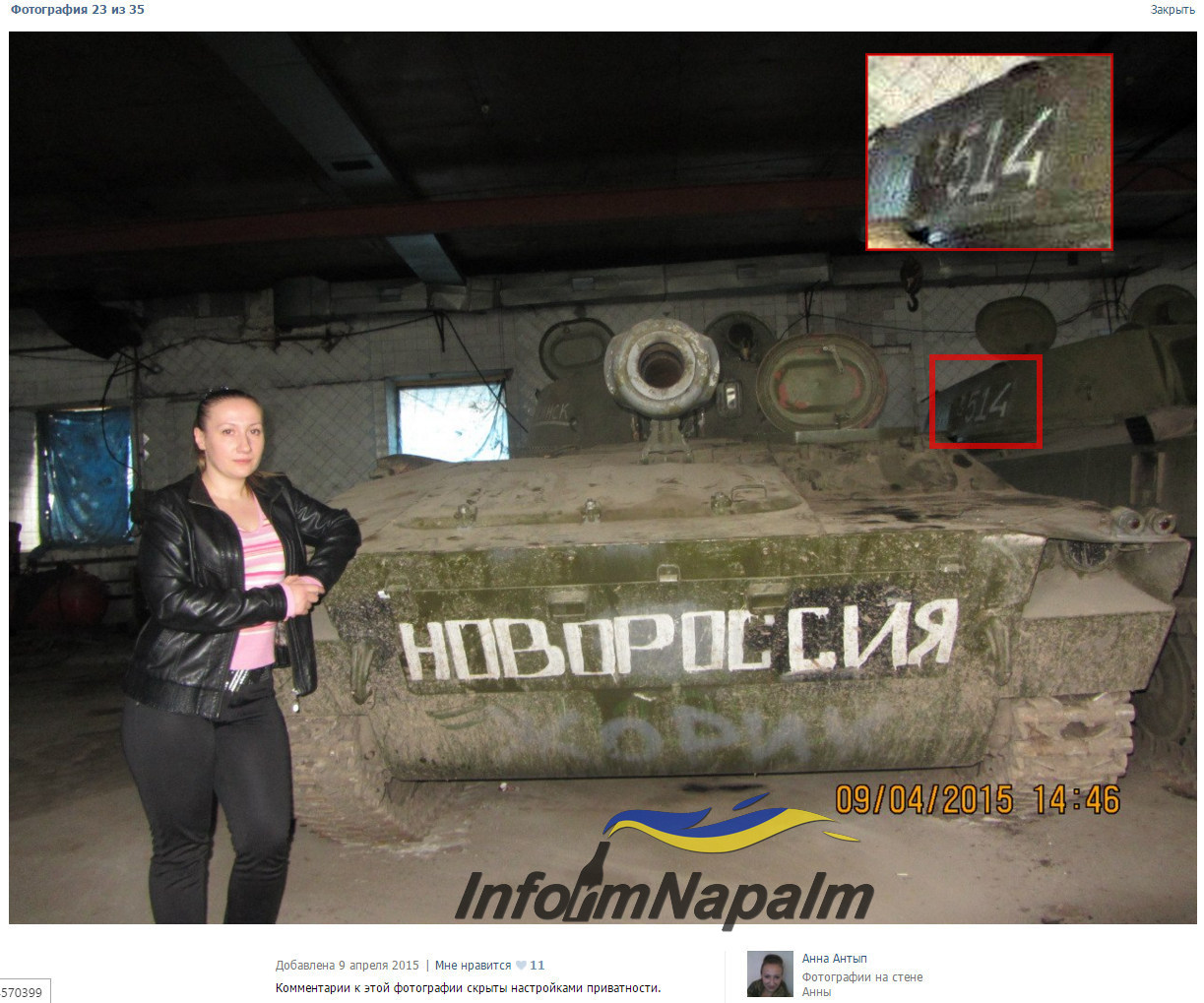 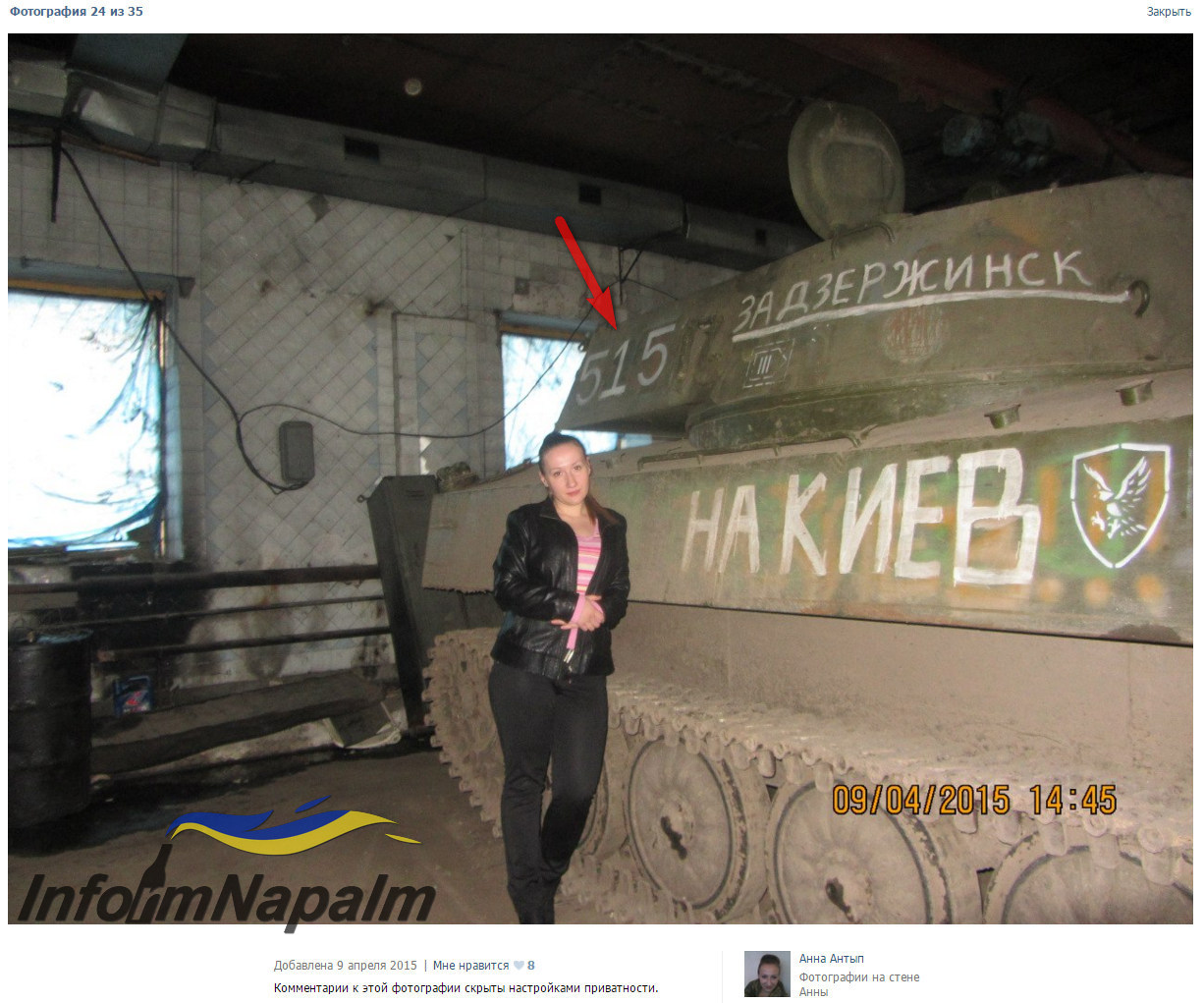 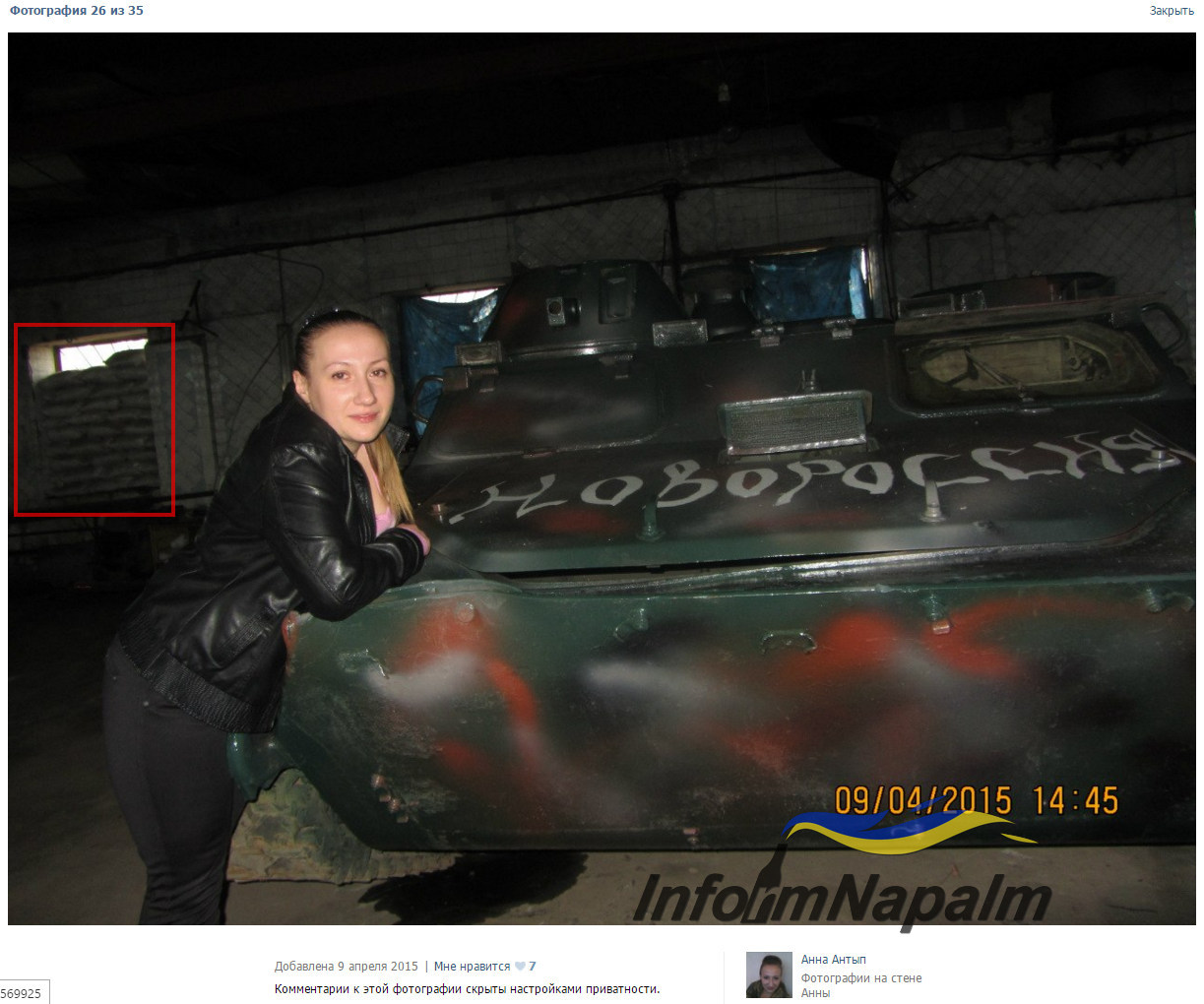 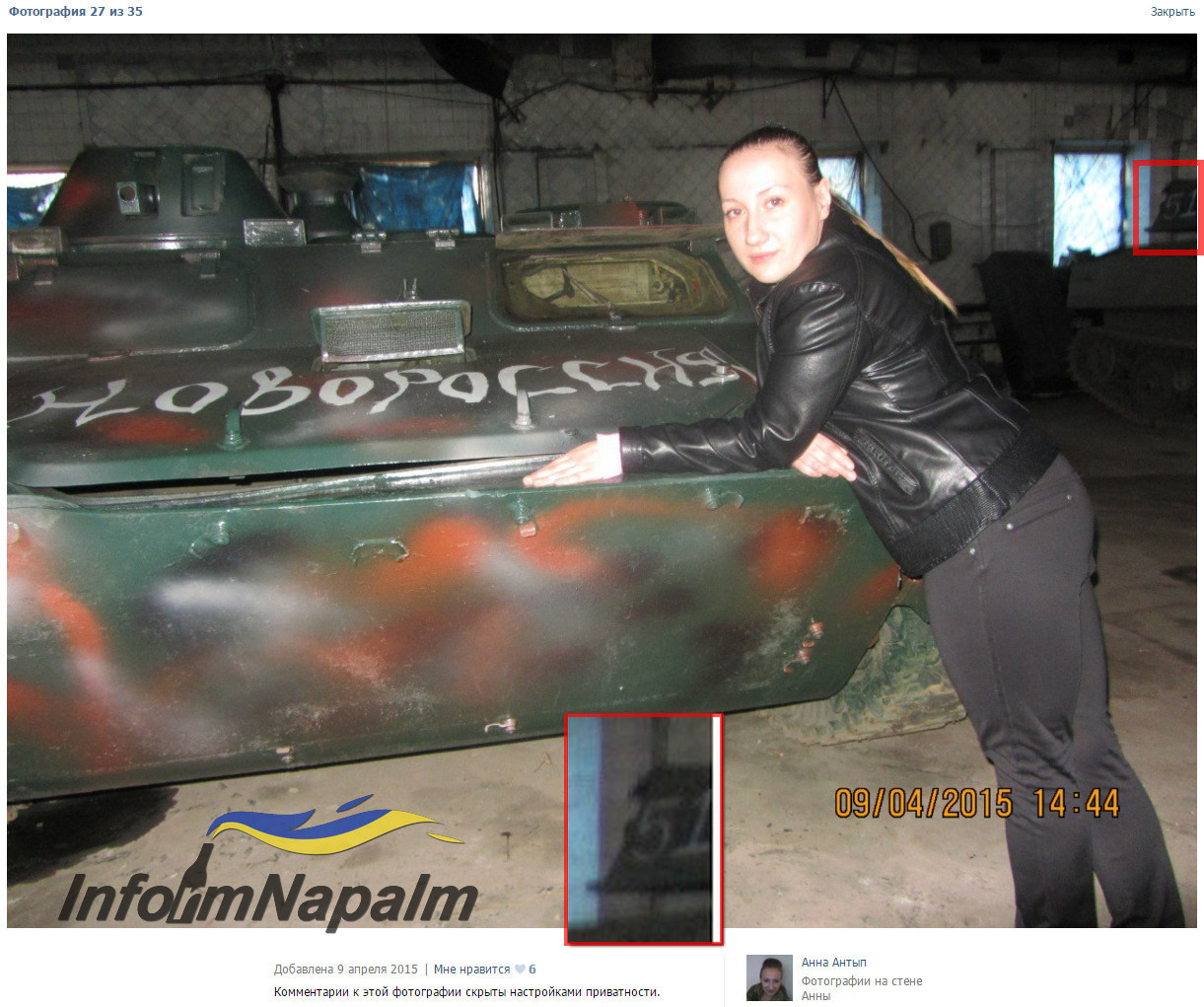 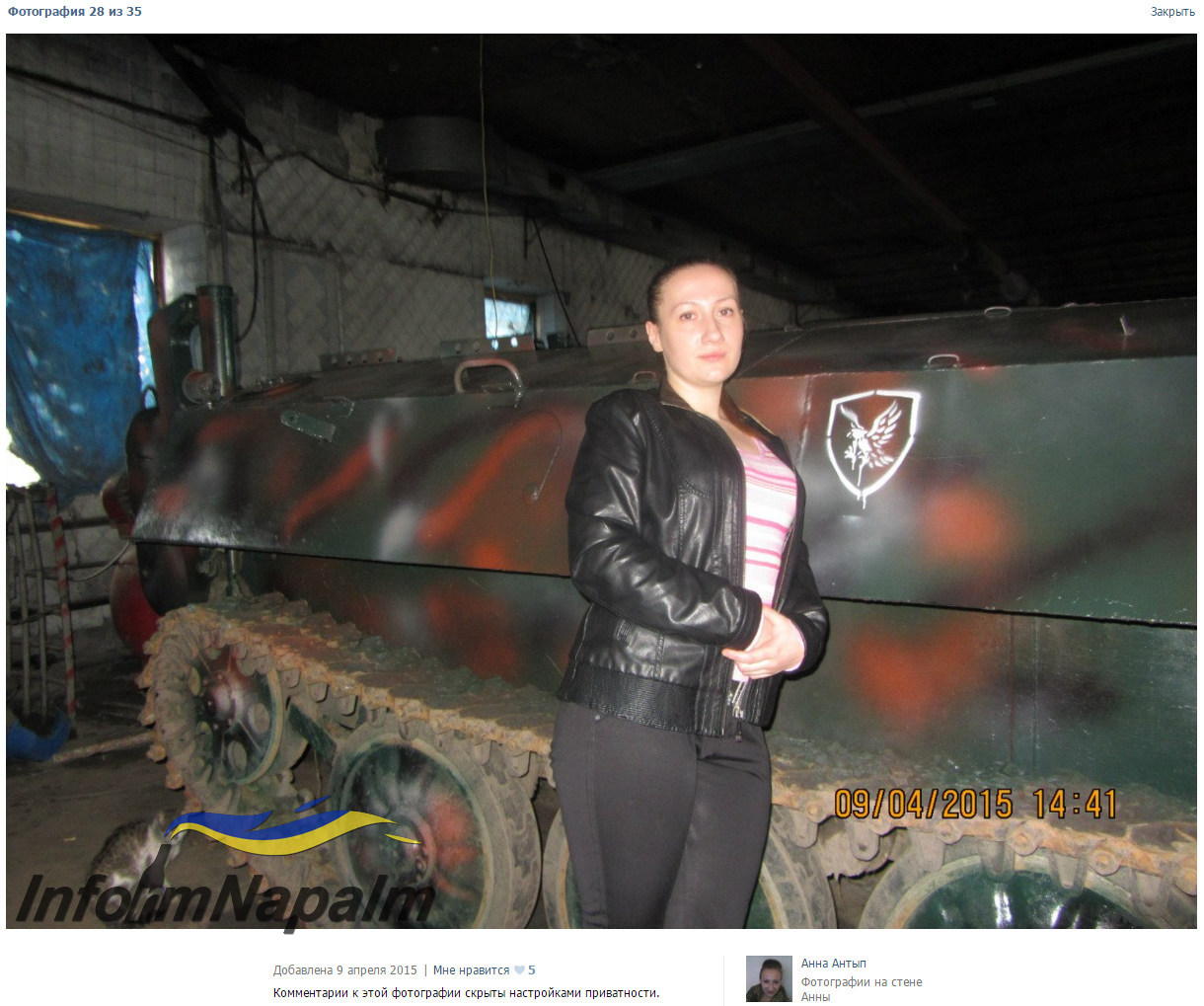 As it is required for military bases, ‘Strela’ [Arrow] surface-to-air missile complex is located nearby, to protect it from an airstrike. The metal trailer in the background is placed on a junk-yard right outside the base. 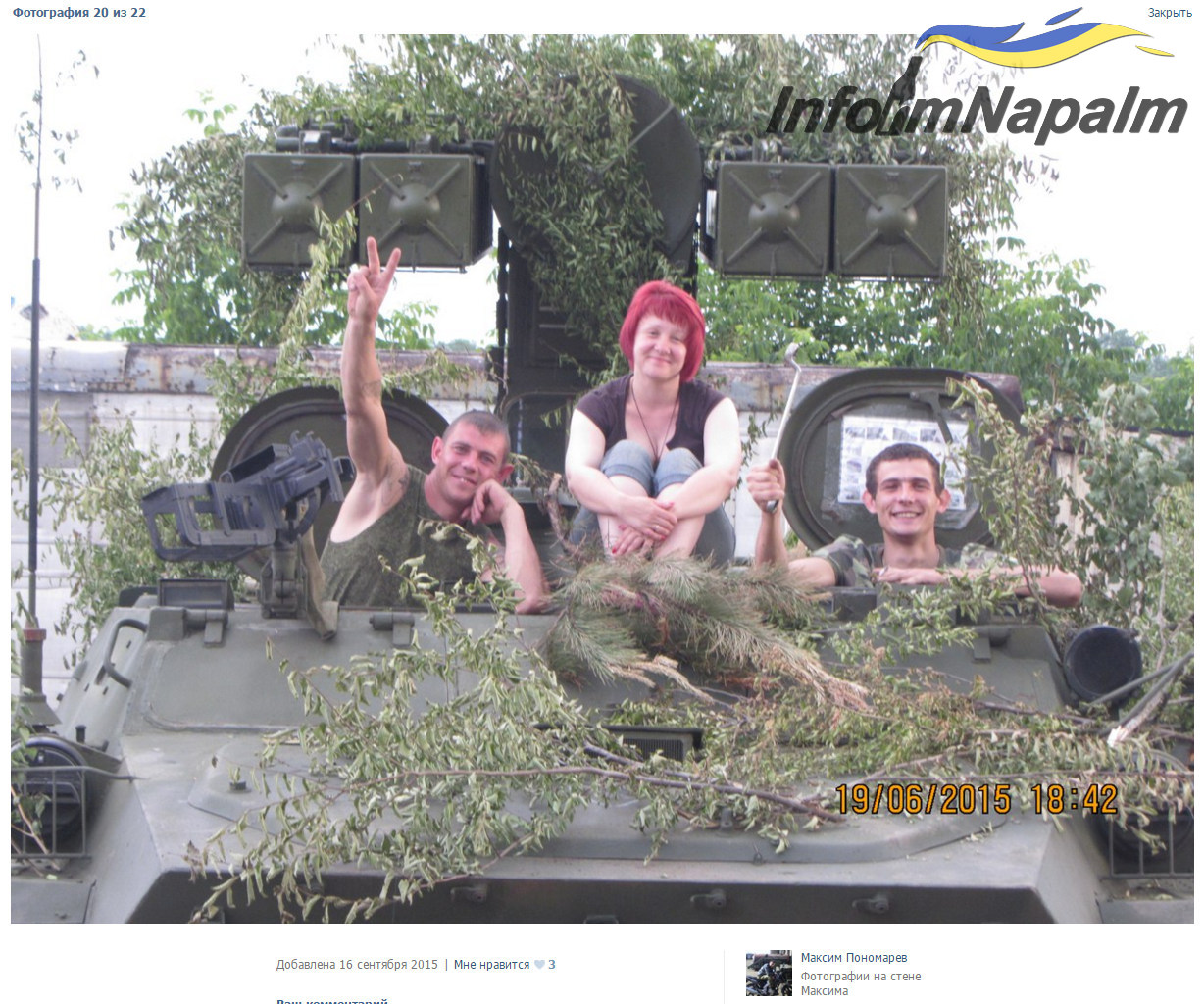 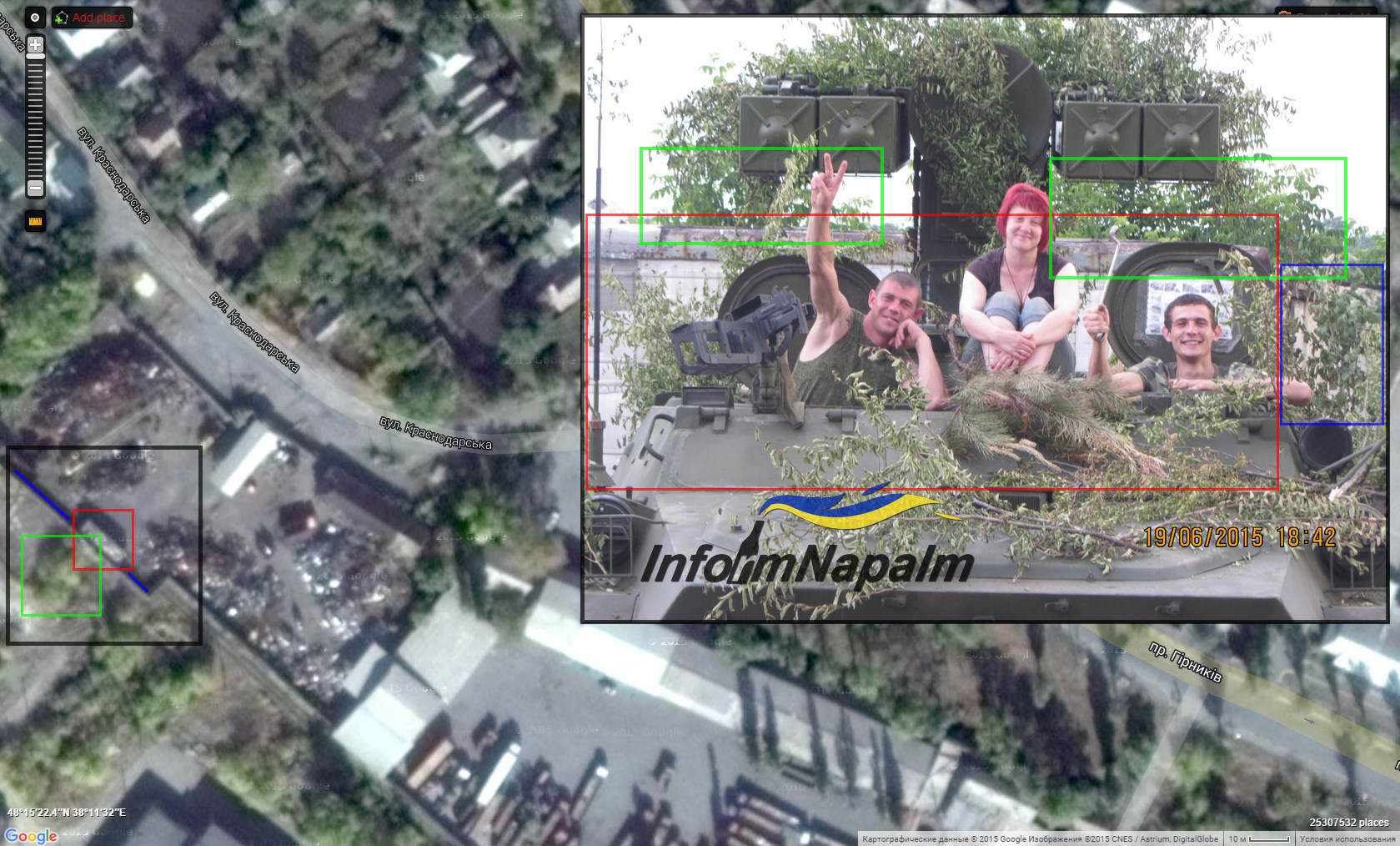 Luckily for us, the occupants like cheap vanity – both rushists and their combat girlfriends can’t stand the temptation to make a selfie in front of military vehicles.

Here are the fresh pictures taken in the field camp near Karlo-Marksove (Donetsk Oblast, Ukraine). Judging by the weather, they were taken in the beginning of September, 2015. 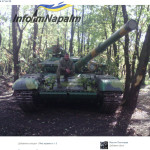 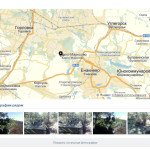 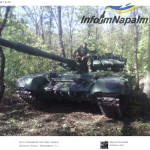 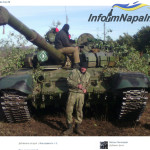 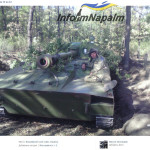 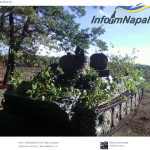 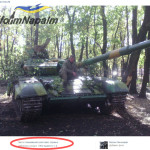 No Responses to “Base of the Russian Occupation Forces in Yenakiyeve”