Are Belarus Commandos Fighting in the Ranks of “DPR” Armed Gangs?

On a tip from our friends from the Peacekeeper project, we located an interesting specimen: Dmitriy Makarevich, a Belarus national, born in 1993. Based on his social media profile, the last several months D. Makarevich has been a member of the Kremlin-sponsored “Novorossia” illegal armed groups. Previously, D. Makarevich served in the ranks of Belarus Army. Moreover, he served in one of the elite military units – 5th Separate Special Mission Brigade of Chief Intelligence Directorate, based in the city of Marjina Gorka (military unit 89417). 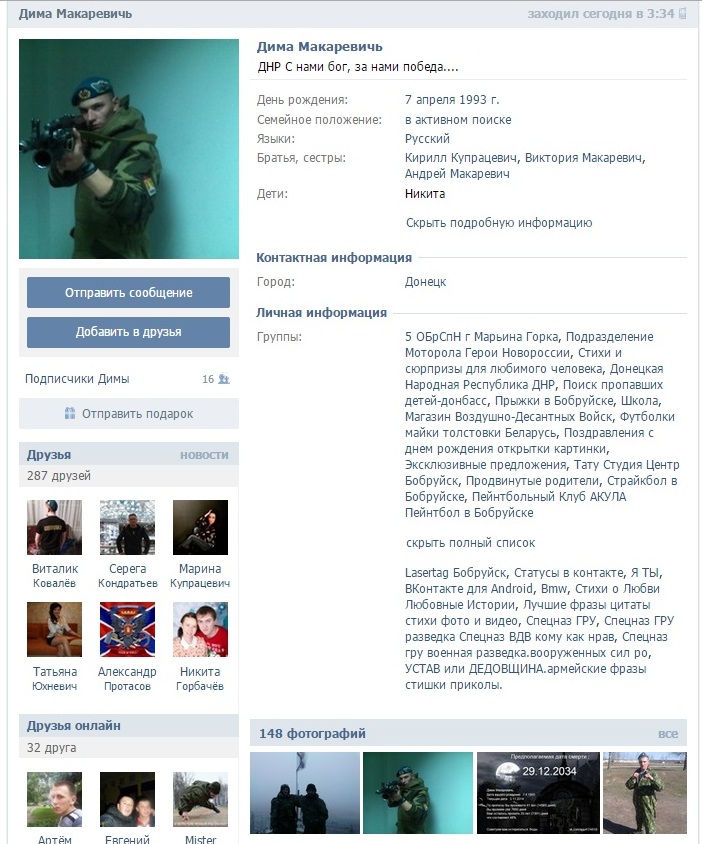 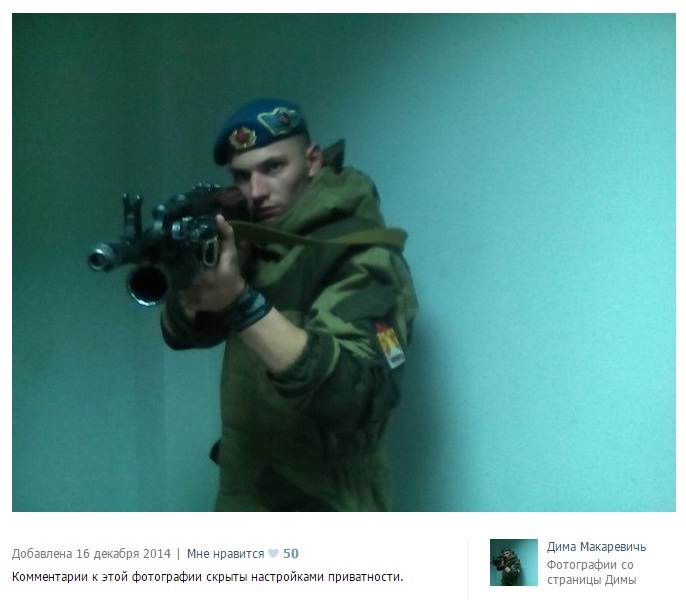 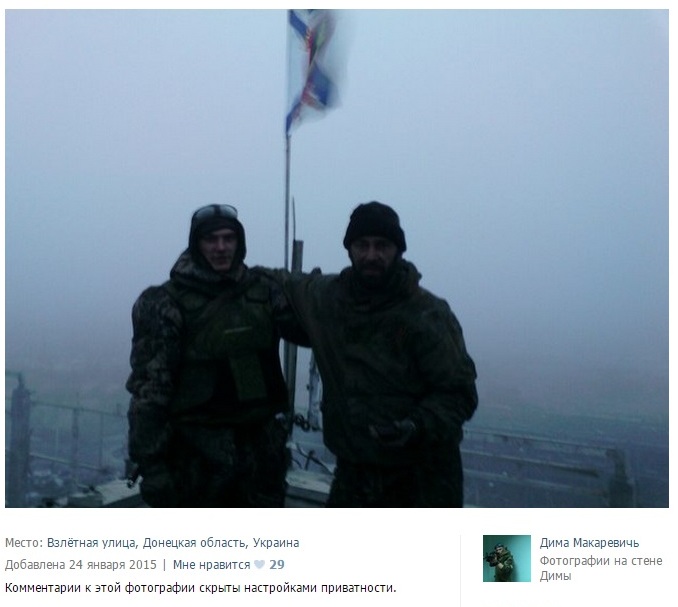 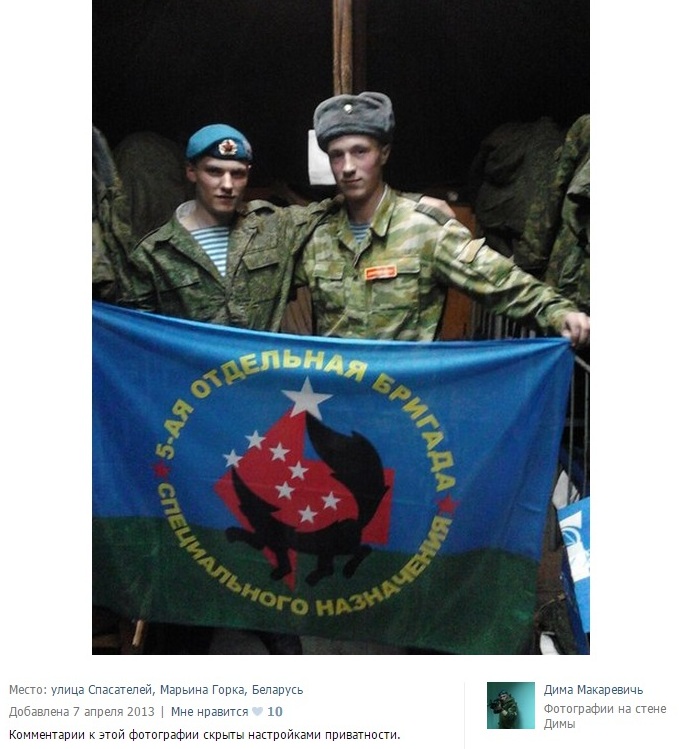 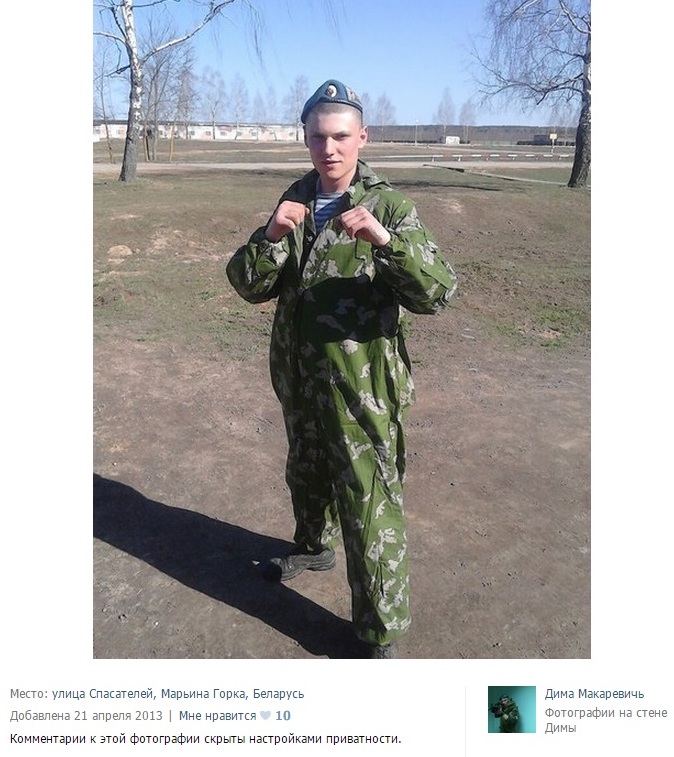 Obviously, we cannot claim that D. Makarevich is still enlisted in Special Forces. What is notable, however, is that after serving in Chief Intelligence Directorate, especially in such a country as Belarus, it’s not easy to find oneself abroad, especially in the ranks of militants-separatists fighting against a friendly neighboring country. Apparently, Belarus security services and other authorities turn a blind eye to this kind of drain of their specialists. Alternatively, the recruitment of former commandos into the ranks of “Novorossia” militants is managed by Minsk officials in order to please their Moscow friends (we doubt this last suggestion, but still).

We want to congratulate Dmitriy Makarevich, he is in the Peacekeeper purgatory now.

P.S: We have many friends in Belarus, patriots of their country, who empathize with Ukraine. But there are plenty of “cottonheads” everywhere – in Belarus, in Ukraine, in Georgia. We hope very much that the report above will reach the relevant authorities in Minsk, who should be concerned with this issue. Surely such examples discredit the state. Russia will not be able to wash off the mark of an aggressor state and a supporter of terrorism. But no one would want to see the leadership of Belarus stand next to the war criminals from Kremlin.

No Responses to “Are Belarus Commandos Fighting in the Ranks of “DPR” Armed Gangs?”