Dangerous objects: the base of an army engineering unit of Russian invaders in Donetsk 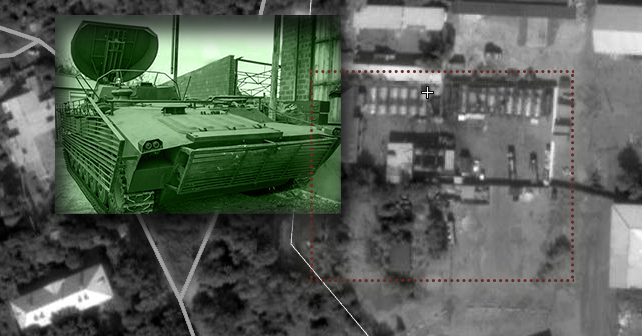 Russian-terrorist troops position huge amounts of weapons, ammunition and explosives in the occupied territories of Donbas and Crimea. Often the ammunition warehouses are located in close proximity to residential areas, schools and kindergartens, so the terrorist Russian troops defend themselves with the “human shield” of civilians, even though most of them are the same exact “Russian-speaking population”, which the alleged “volunteers from Russia” supposedly came to protect.

By monitoring the Russian propagandists’ Internet resources, InformNapalm volunteer intelligence community found some photos, which helped establish the location of an equipment and explosives storage base of the Russian occupation corps’ separate engineering company in Donetsk Oblast (military unit 08820). The base is located at Bauman Street 11, Budenovsky District, Donetsk (see map). The photos show a minefield clearing vehicle UR-77 “Meteorite”, the BKT RK2 or TMK-2 vehicles, and charges for minefield clearing vehicles UZP-77, which contain 725kg. of PVV-7 explosive each. 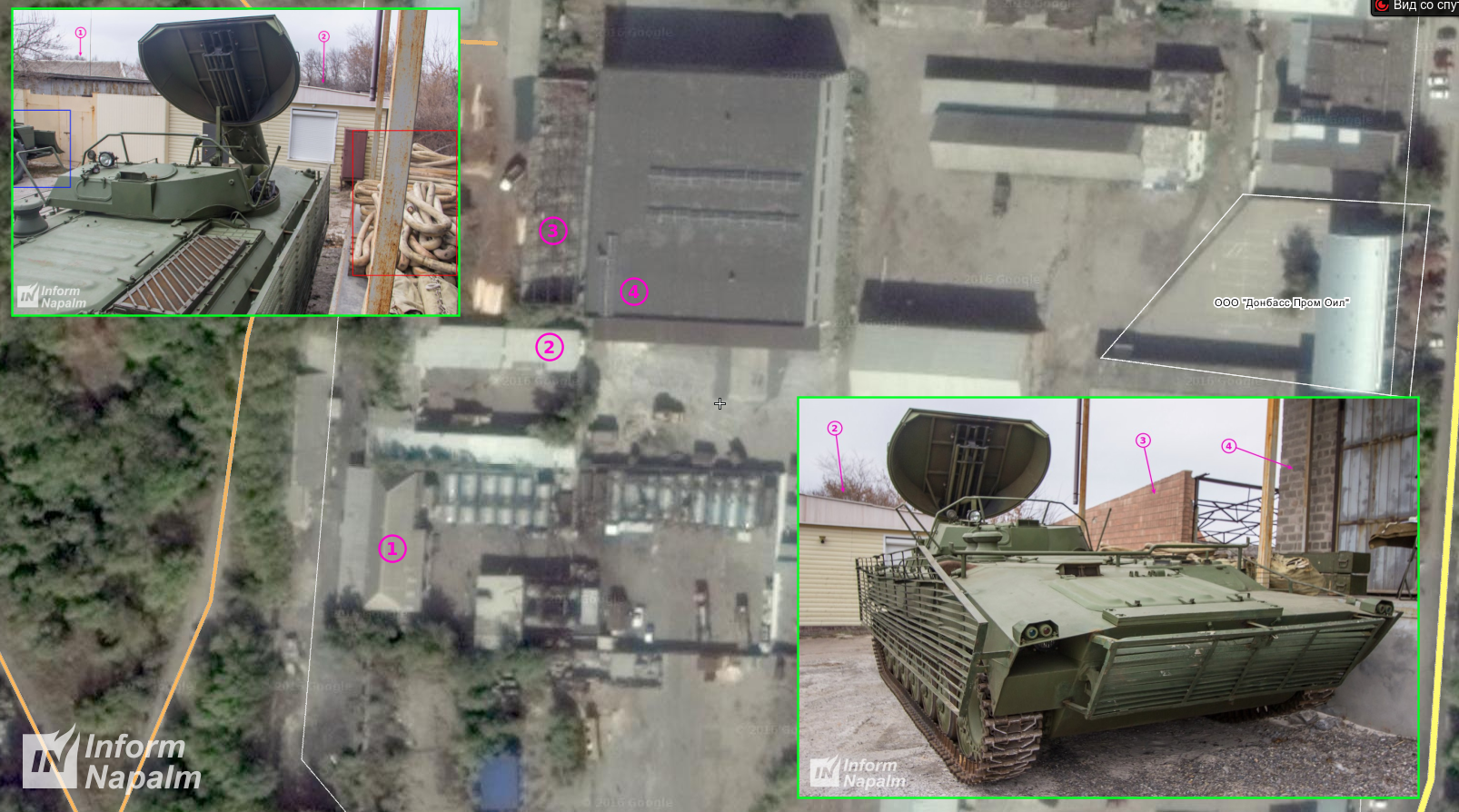 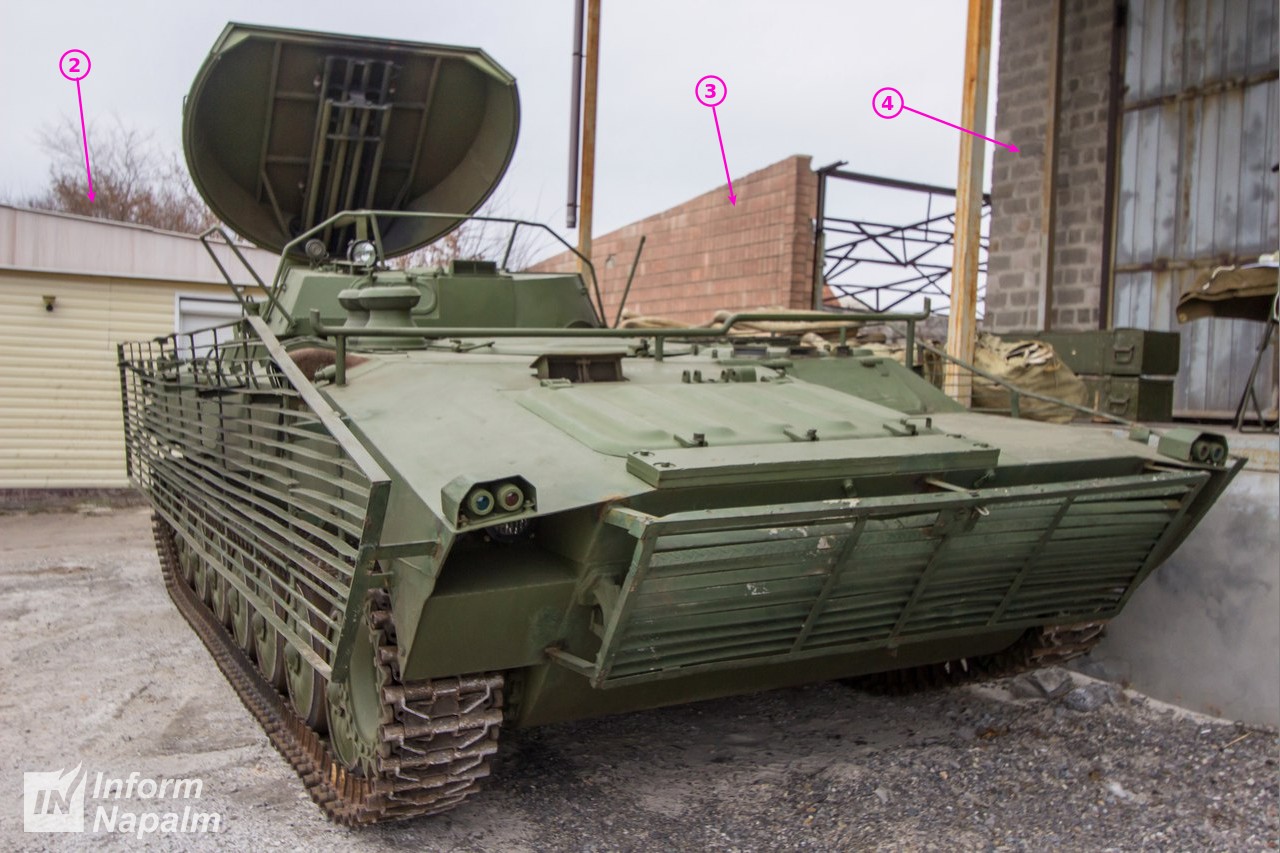 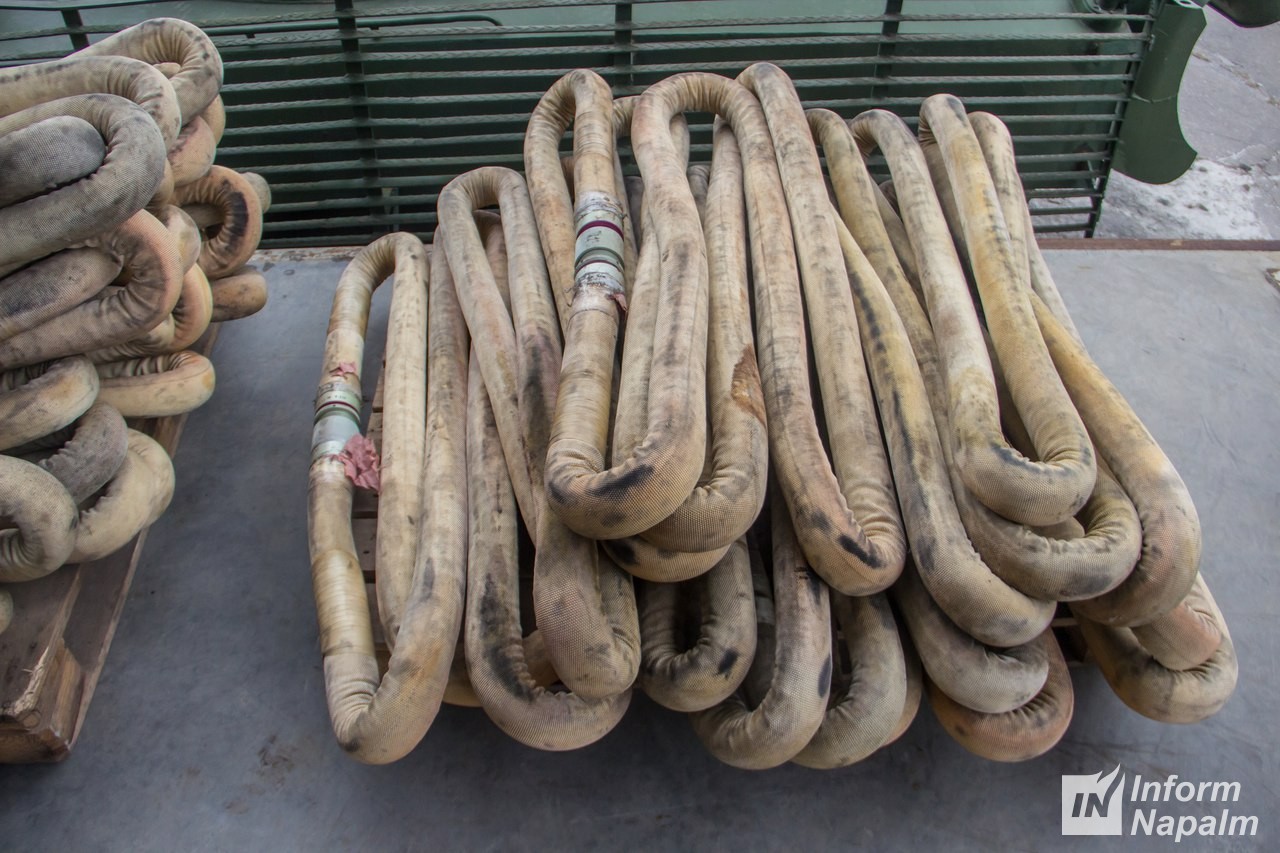 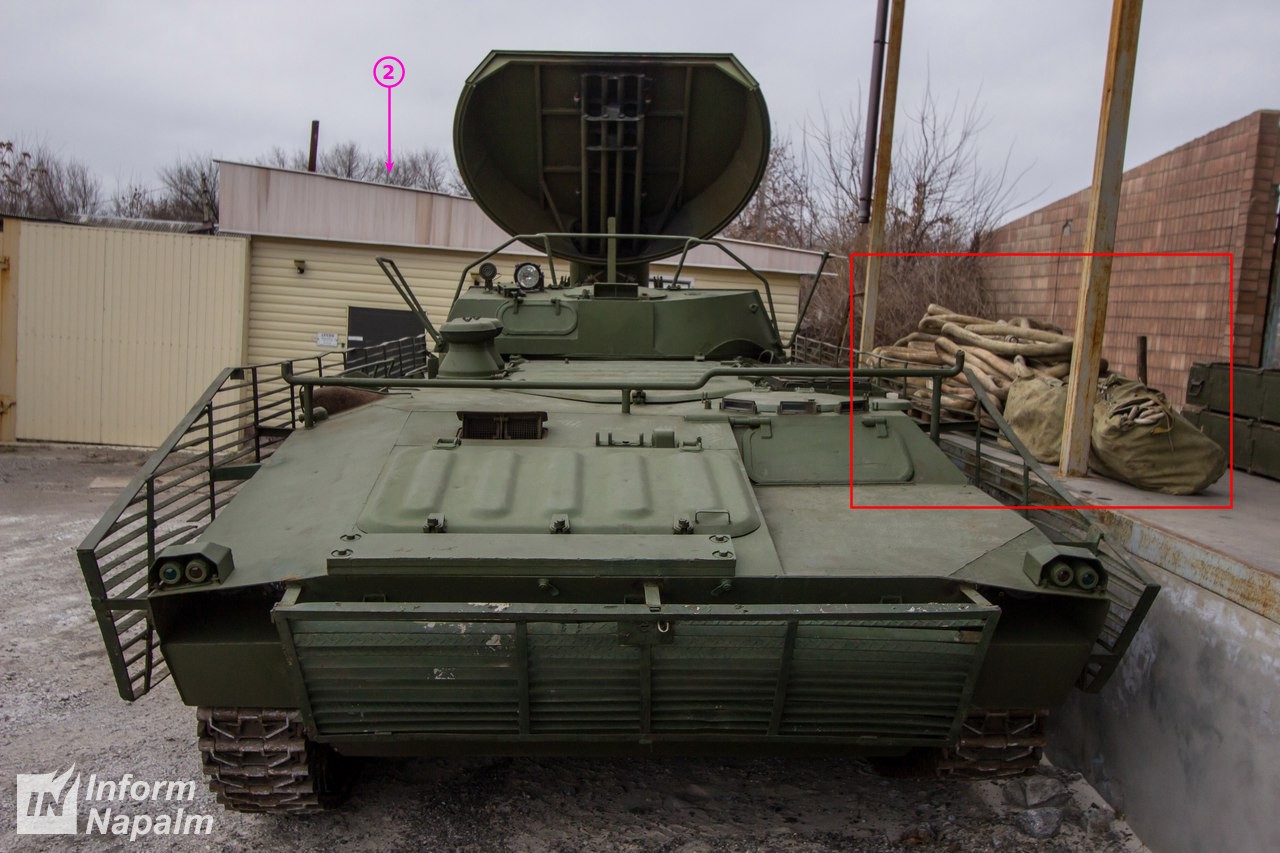 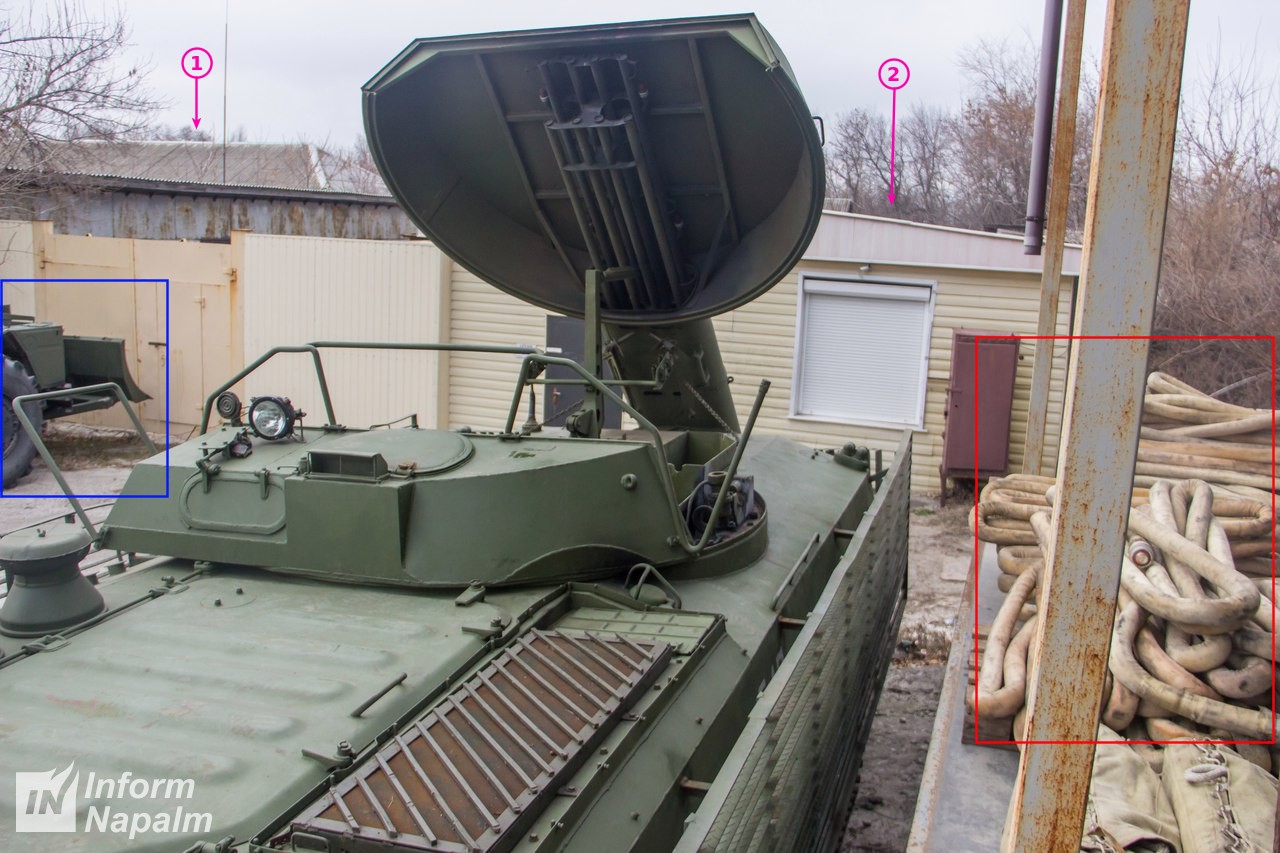 According to insider information, one third of ​​the warehouse area, designated in the photo with the number 4, is set aside for storage of green military wooden crates. Photos, insider information, as well as the specialization of the unit, suggest that the warehouse is used for the storage of explosives, mines and charges for minefield clearing vehicles. It should be noted that just one standard ammunition load for UR-77 (two UZP-77 charges) makes 1450 kg. (!) of plastic explosive material. And how many tens of tons of explosives are still stored in this warehouse? According to the map, houses of Trenalovka township are in the vicinity (less than 200 meters) of the warehouse. And there is a kindergarten at Yeniseyskaya Street 14 (about 340 meters from the warehouse, see map).

In this regard, the intelligence community volunteers urge our readers to inform the OSCE Special Monitoring Mission representatives about the placement of the explosives warehouse in close proximity to the residential sector. Russian occupants continue to use the practice of hiding equipment and ammunition warehouses in residential areas, putting civilians at risk. For example, here is the one of our investigations about deployment of an ammunition warehouse in a school: Terrorists use the former school in the village of Spartak for storage of equipment and ammunition.

As a reminder, in late October, volunteer air reconnaissance provided InformNapalm volunteer intelligence community with fresh images of a huge weapons and equipment deployment by the Russian occupation troops in Donbas, including two minefield clearing vehicles UR-77 “Meteorite“, which are operated by Russian Armed Forces; and since there is no evidence that these vehicles were captured, it indicates a direct supply from Russia. In addition to its primary purpose – minefields clearing – UR-77 is also used as antipersonnel weapon in ruins of fortified buildings. It is documented, that this type of vehicle was used for this secondary purpose during the Second Chechen campaign, and at the assault on the Donetsk Airport in Donbas. It is also observed, that UR-77 have been used in Syria to attack strongholds in Jobar area.

No Responses to “Dangerous objects: the base of an army engineering unit of Russian invaders in Donetsk”