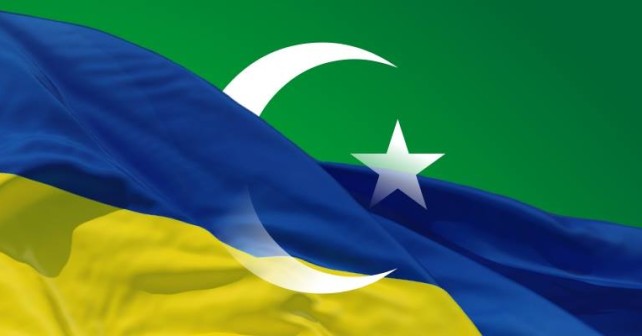 The InformNapalm international volunteer community joins the Open Statement by the Ukrainian Muslims. We also urge you not to fall for the misinformation and information speculations of the Russian propaganda. Our actions in the information field for the collection and making publicly available data on the pilots of the Russian Federation air forces, executing criminal orders of the Kremlin in Syria, also have been slandered by the Russian media and named ‘help for ISIS’. Although, in fact, these investigations are aimed at informing the world community about the hybrid actions of the Russian occupation forces, which bomb peaceful settlements, kill women, children and the elderly.

The text of the Statement

In recent days the Russian propaganda attempts to present Ukraine and, in particular, the Ukrainian Muslims, especially Muslim volunteers in ATO, as allies or even secret agents of ISIS became more frequent.

Attaching the ‘ISIS’ label on the opponents cannot be treated as something new in the Kremlin’s politics. It all started with naming ‘ISIS’ the moderate opposition in Syria, which is bombed by the Kremlin under the guise of fighting against the ‘Islamic State’, while actually completely different forces (including troops of the Sunni opposition to the Assad’s regime) fight with it. Now the Kremlin is trying to present Turkey, a NATO member whose forces strike ISIS, as ISIS’s ally.

As for Ukraine, then during the whole period of the Russian aggression against it, the Kremlin tried to discredit Ukraine in the eyes of the international community, portraying the patriots and freedom fighters as the Nazis, executioners, etc. Now it is trying to use the fact of Muslim volunteers’ participation in the war on the side of Ukraine, linking them, of course, through Turkey, to ISIS.

This pursues several goals. Firstly, to discredit Ukraine in the eyes of its European allies. Secondly, to strike on the emerging cooperation between Ukraine and the Muslim world (from Saudi Arabia, Qatar and Turkey to the oppressed Muslim peoples of the Russian Empire, who are the natural allies of Ukraine).

We, Muslims, who participate in the ATO in one way or another, declare that we do not represent ISIS in Ukraine, and we urge you to recall that the leaders and propagandists of ISIS (for example, the famous Abu Jihad) in their time conducted a campaign against participation of the Muslims in the the ATO on the side of Ukraine. Their ideologists openly called us apostates, denying the right to be Muslims, because of our decision to be on the side of Ukraine rather than emigrate to ISIS and join them.

Anyone familiar with the ideology of ISIS, knows what they consider to be their enemies the supporters of Ichkeria, and all those who fight in the armies of non-Muslim states.

As for us, we support the European choice of Ukraine as the one which guarantees the right for free religious life of its citizens, including Muslims. And we do not want the terror, that exists in totalitarian Russia, to come to our home, as it happened in the Crimea. Ukraine was also supported by members of the liberation movements of the Muslim peoples of the Russian Empire. ISIS conceptually can not have any relationship with these two facts, because they deny both the life of Muslims in non-Muslim countries and the struggle for national interests.

In view of the above, we address to the Ukrainian military-political leadership, intelligence agencies, media and citizens with an appeal not to succumb to the Russian provocations, aimed to expose the Ukrainian Muslim volunteers as ISIS supporters and Ukraine as its ally.

Neither Ukraine, which has become a victim of the Russian aggression, nor any of its Muslims, struggling together with their country for the religious freedom (and thus bringing liberation from Moscow’s oppression of Muslims of the Russian Empire) did anything to make excuses for. The only one who have to justify himself is the insidious enemy who fights against the freedom-loving forces under the pretext of the fight against fascism or ISIS, and who is actually the main fascist and terrorist of the modern world.