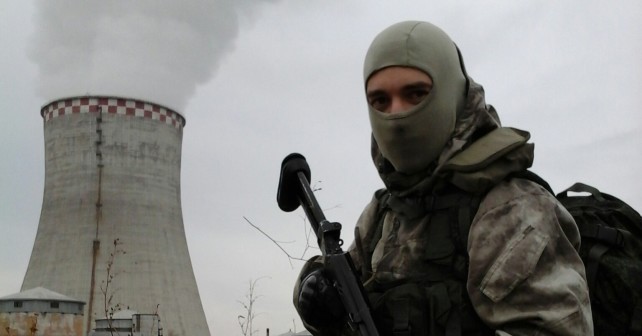 Since the blackout began in the occupied Crimea the InformNapalm OSINT specialists monitor the media controlled by the separatists, which constantly ‘report’ about the terrorist attacks planned by the Ukrainian side. Simultaneously the InformNapalm intelligence specialists were able to identify the illegal armed formation guarding the power stations.

The separatists claim that the Ukrainian army plans actions of sabotage on the currently occupied Eastern territories targeting the administrative, military and public places particularly. Tension increases as the Crimean power blockage is going on. Since November 27 the ‘Legion’ special battalion (part of the Ministry of the Emergency Situations of the so-called ‘DPR’) guards two largest power stations – in Zuev and Starobesheve – which provide electricity these occupied territories. To prevent the fictional attacks terrorists have organized the 24h patrols along the perimeter of the territory and kept guards including the snipers. The deadline to keep such guard is not defined yet. 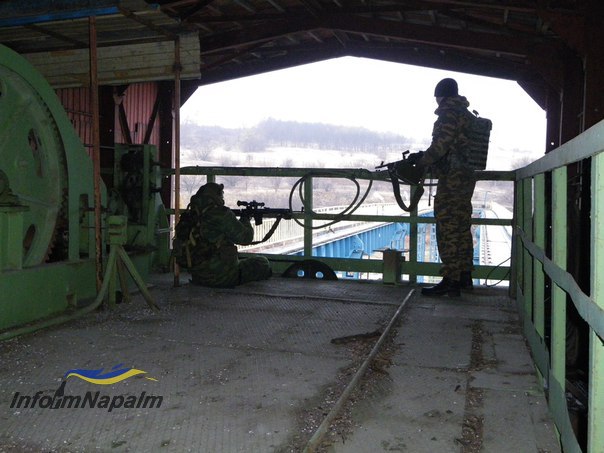 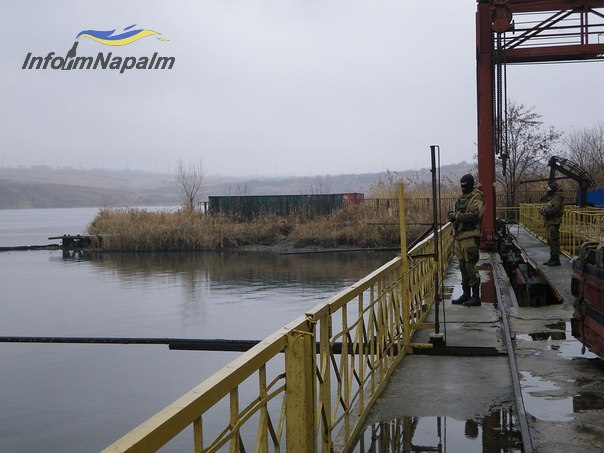 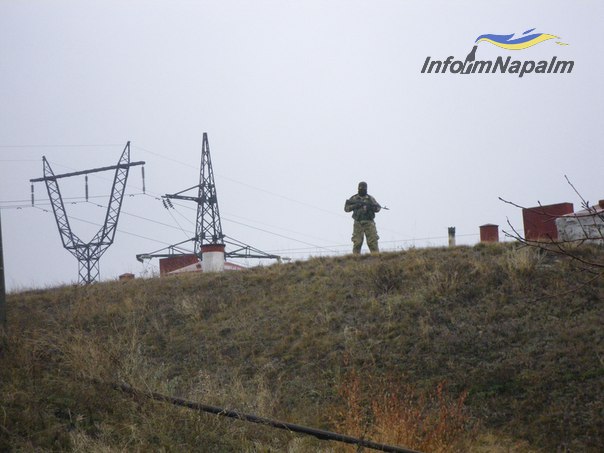 What is known about this ‘guarding’ unit?

Sergey Zavdoveev is the commander; he is also a People’s Deputy of the so-called ‘DPR’; he served in the French Foreign Legion back in 1999: the 2nd infantry regiment, the Afghanistan campaign, callsign ‘The French’. The battalion is reported to Aleksandr Zakharchenko (Head of ‘DPR’) directly. The military unit No. 08888, a tactical sign is a diamond with the number 88 in the middle. An infamous mixed Russian-separatists military unit ‘Ryazan’ is also a part of the battalion. Majority of this battalion soldiers were fighting in Debaltseve, Lohvynove, and Donetsk airport. The battalion was re-trained in the Summer-Fall of 2015 specializing in the storm and sabotage operations. 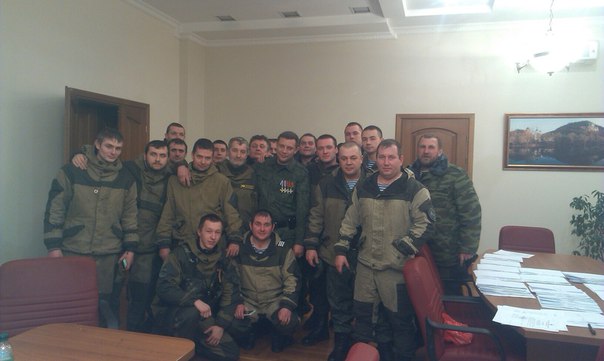 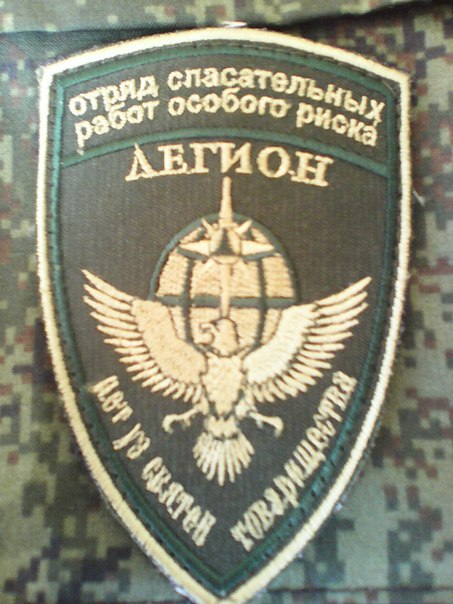 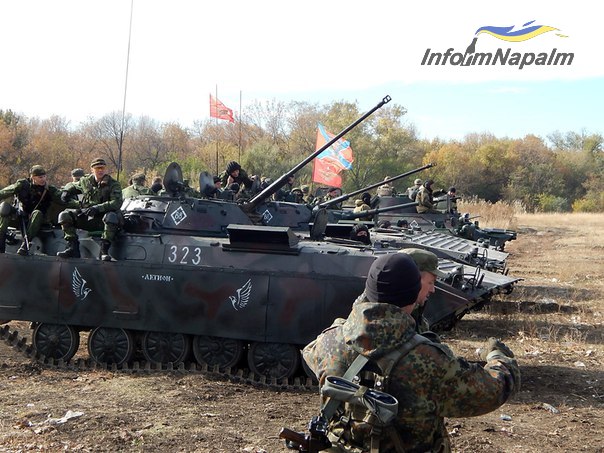 Let’s see who are guarding these strategically important objects: 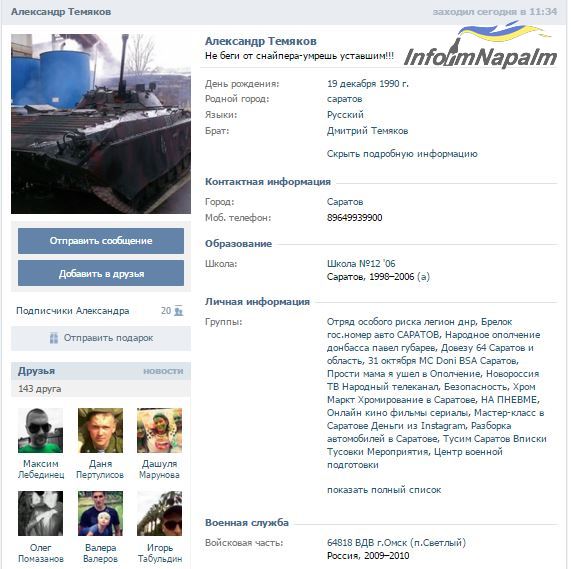 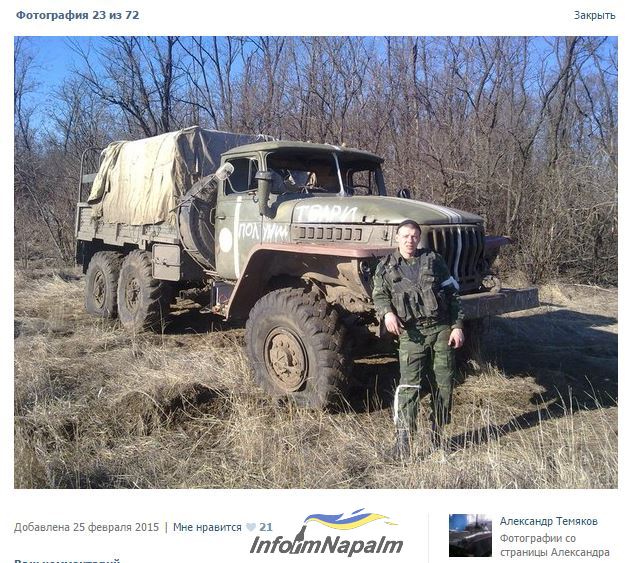 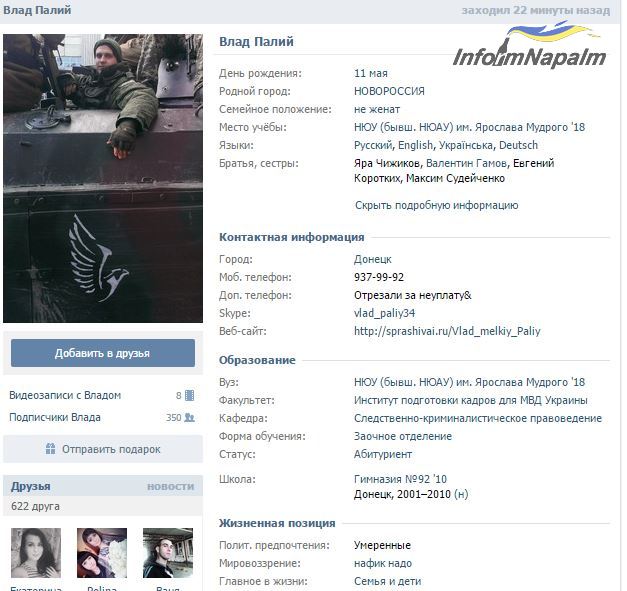 3. Aleksandr Cherny (archive): according to his social network profile was born in Volgograd (Russia). 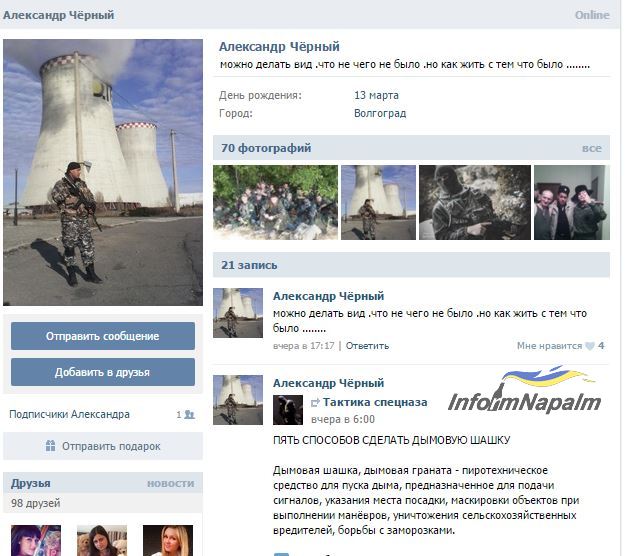 4. The person known by his callsign ‘Polite Donbas’ (archive): he was also a hero of a TV program (TV ‘Oplot’ channel) introduced by a nickname ‘Donbas’. 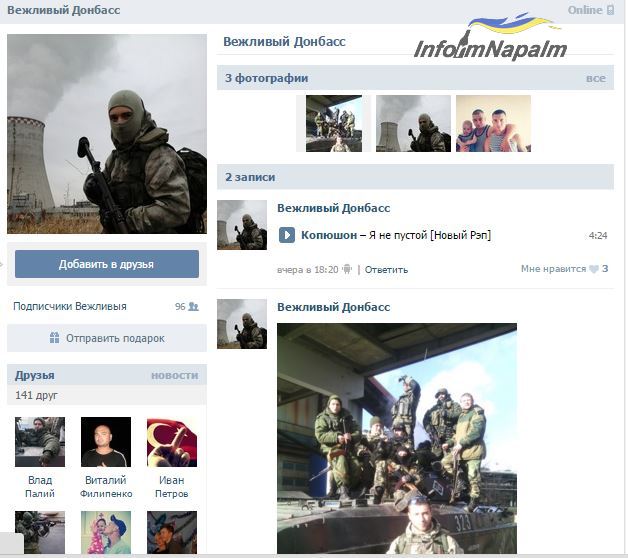 5. A person known by a nickname ‘Khilya Nevazhno’ (archive) is a member of the above mentioned unit ‘Ryazan’. 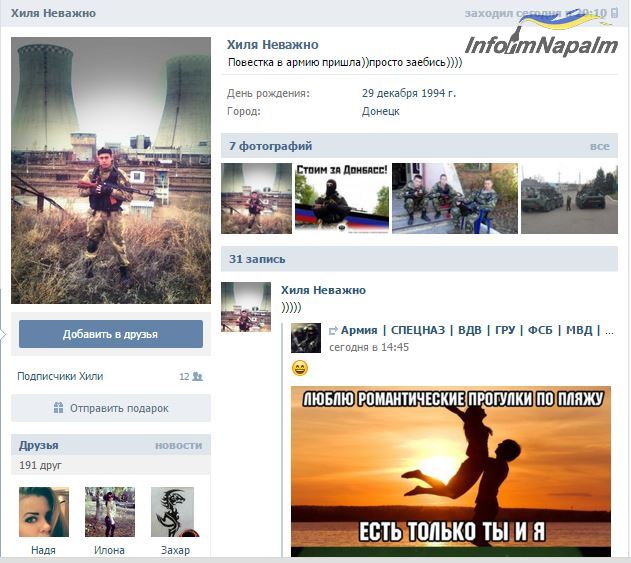 6. Valentin Stalbovsky (archive) lives in Donetsk. A ‘correct’ ad of the DTEK company is visible in the picture. 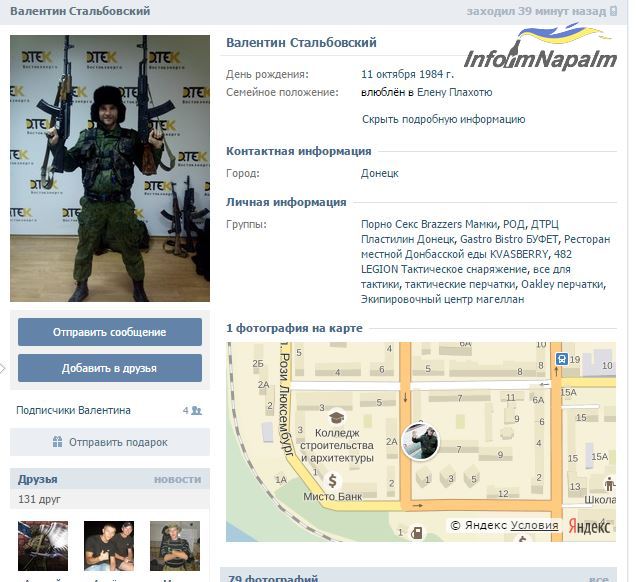 We have identified Maksim Kasarechi (archive) among  the ‘Legion’ terrorists who guard the station. He lives in Shakhtarsk town; took part in the military actions starting from the winter 2015. 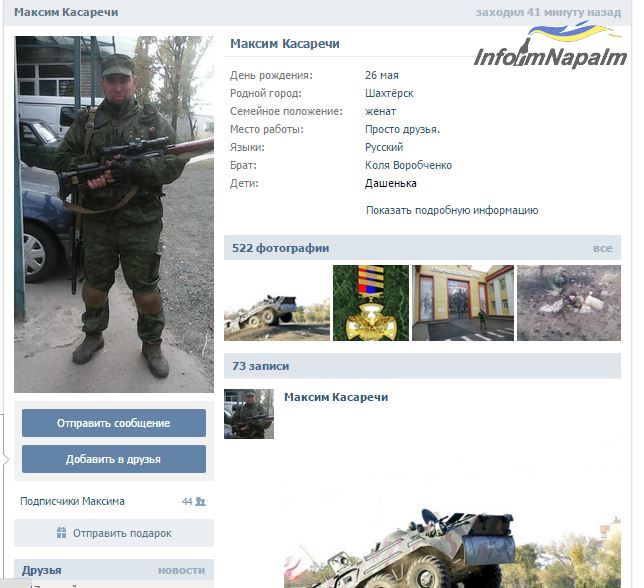 The InformNapalm team will continue to monitor the terrorist groups as there are chances that their actions might become a reason for the possible problems in the work of the power stations; and the Ukrainian army would be blamed later.

You may read other reports about the above mentioned power stations: