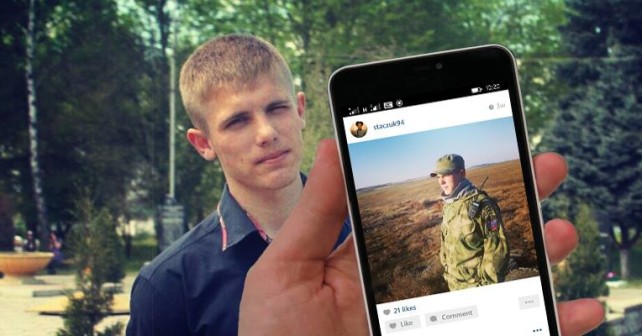 Volunteers of the InformNapalm international community have established another fact of the Russian hybrid terrorism. Particularly, we found fresh materials about the ‘Ukrainian trip’ of one of the fighters of the Russian General Staff of the Armed Forces’ Main Intelligence Directorate.

Some Nikolai Statsuk has come to our attention – Instagram profile (archive), VKontakte profile (archive, album archive, contacts archive). He was born in Maisky (Kabardino-Balkaria, Russia) on September 9, 1994. The compulsory service took place on the naval base in Novorossiysk (military unit No. 90921) and ended in 2014. Statsuk was assigned to ‘Zheleznyakov’ sea minehunting ship, but later signed a ‘ground’ contract. 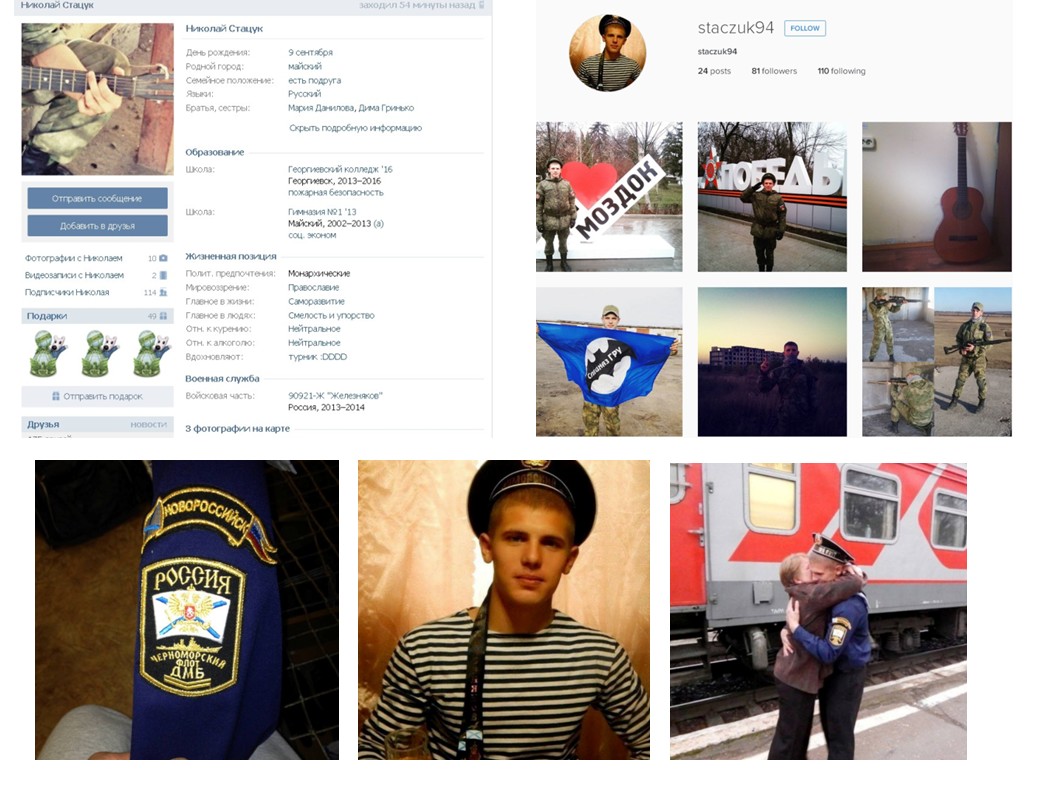 Statsuk uploaded to his blog several fresh photos from Mozdok (Northern Ossetia, Russia) on December 3, 2015. One of them (archive) has an intriguing dialog with some @slynko56 (archive), please check out an extract from it:

The arm badge drew our attention on this picture – the crossed arrows in front of specific ‘pentapetalous’ carnation – the departmental emblem and official symbol of the Russian Main Intelligence Directorate’s units. Bluish-pink core of the sign is visible much worse, so we were not able to determine the military unit and had to seek further. 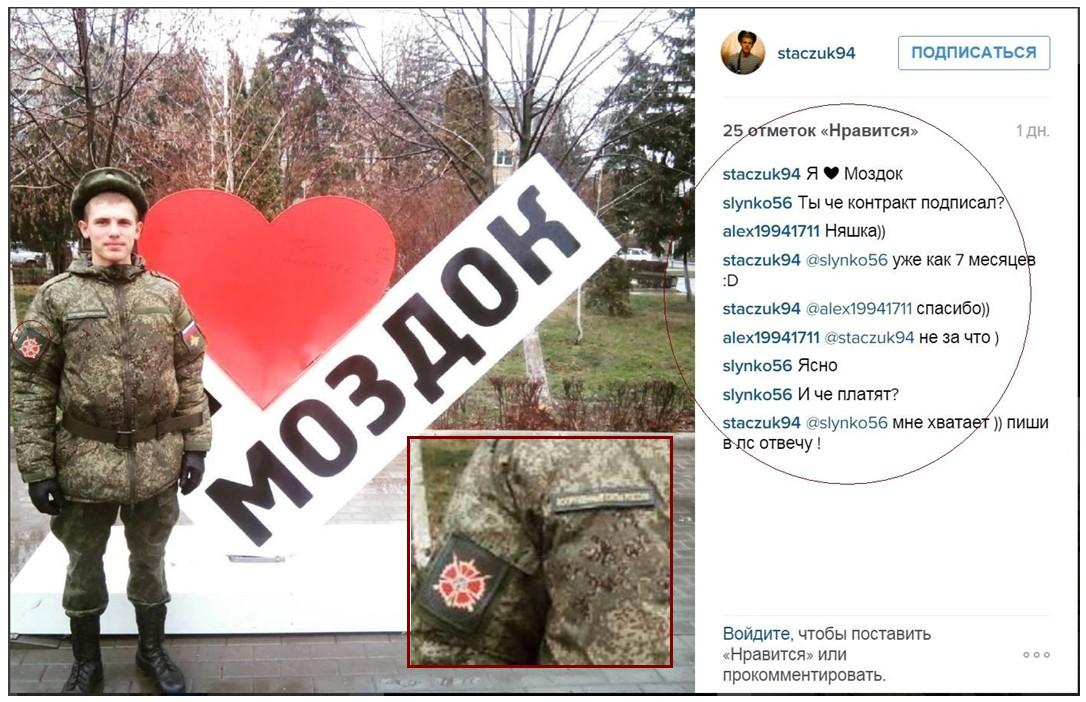 Here are the most interesting points in this investigation: 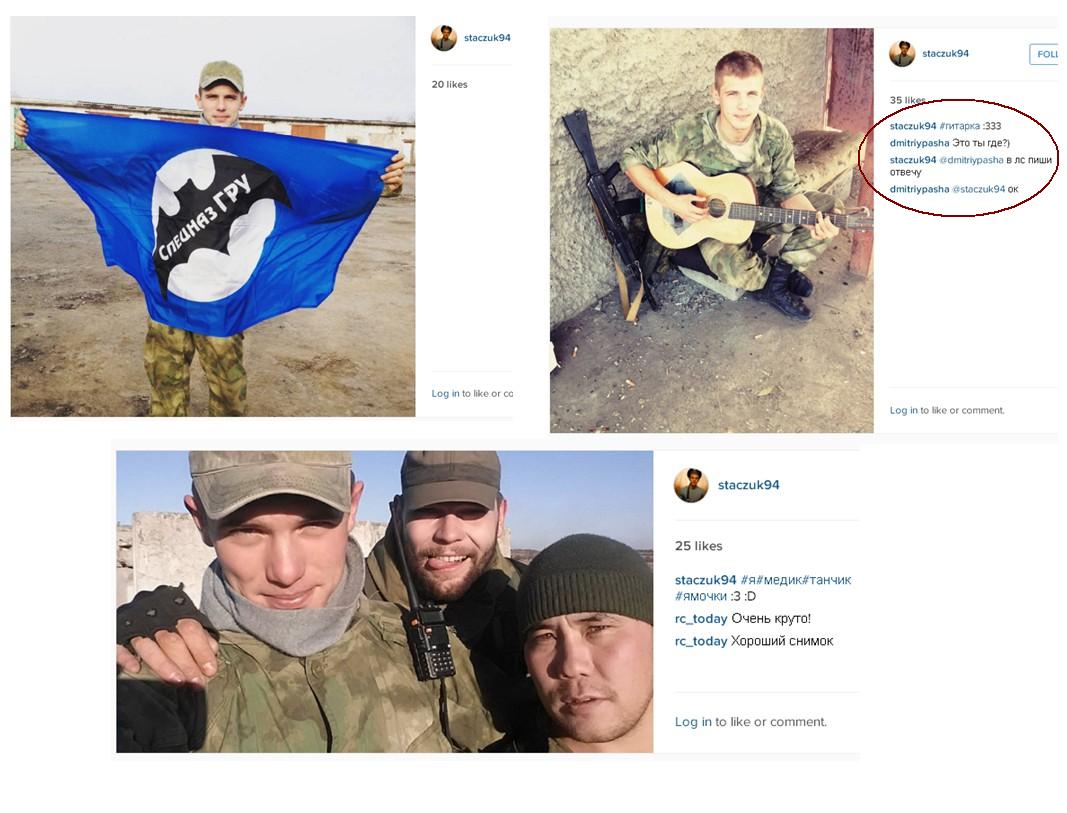 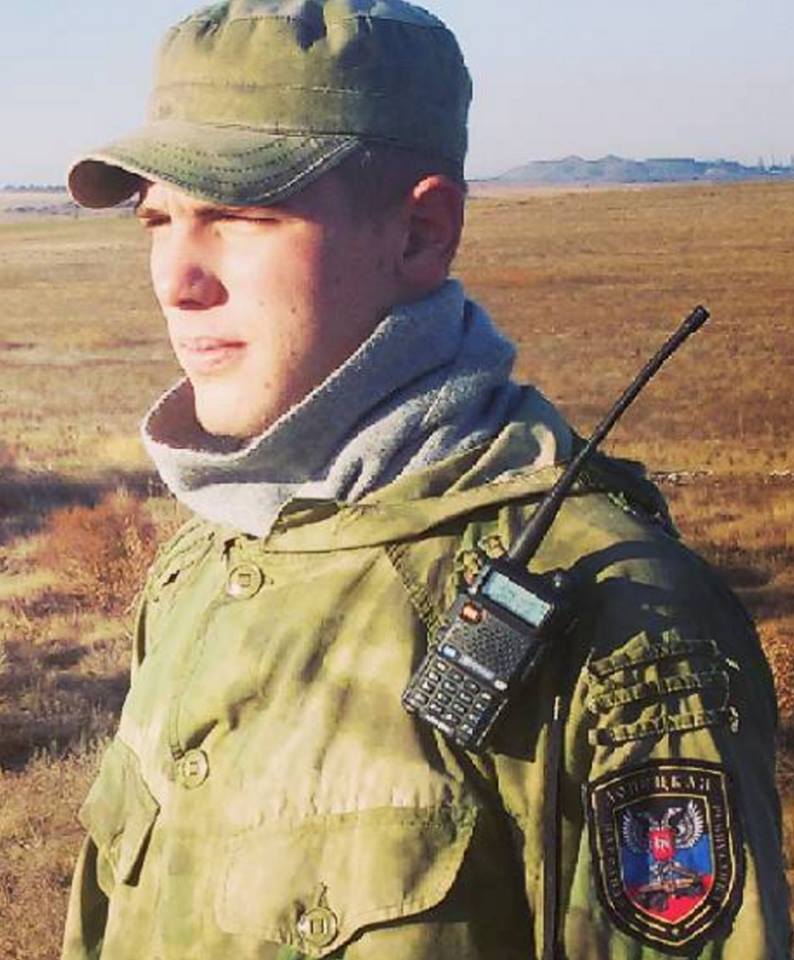 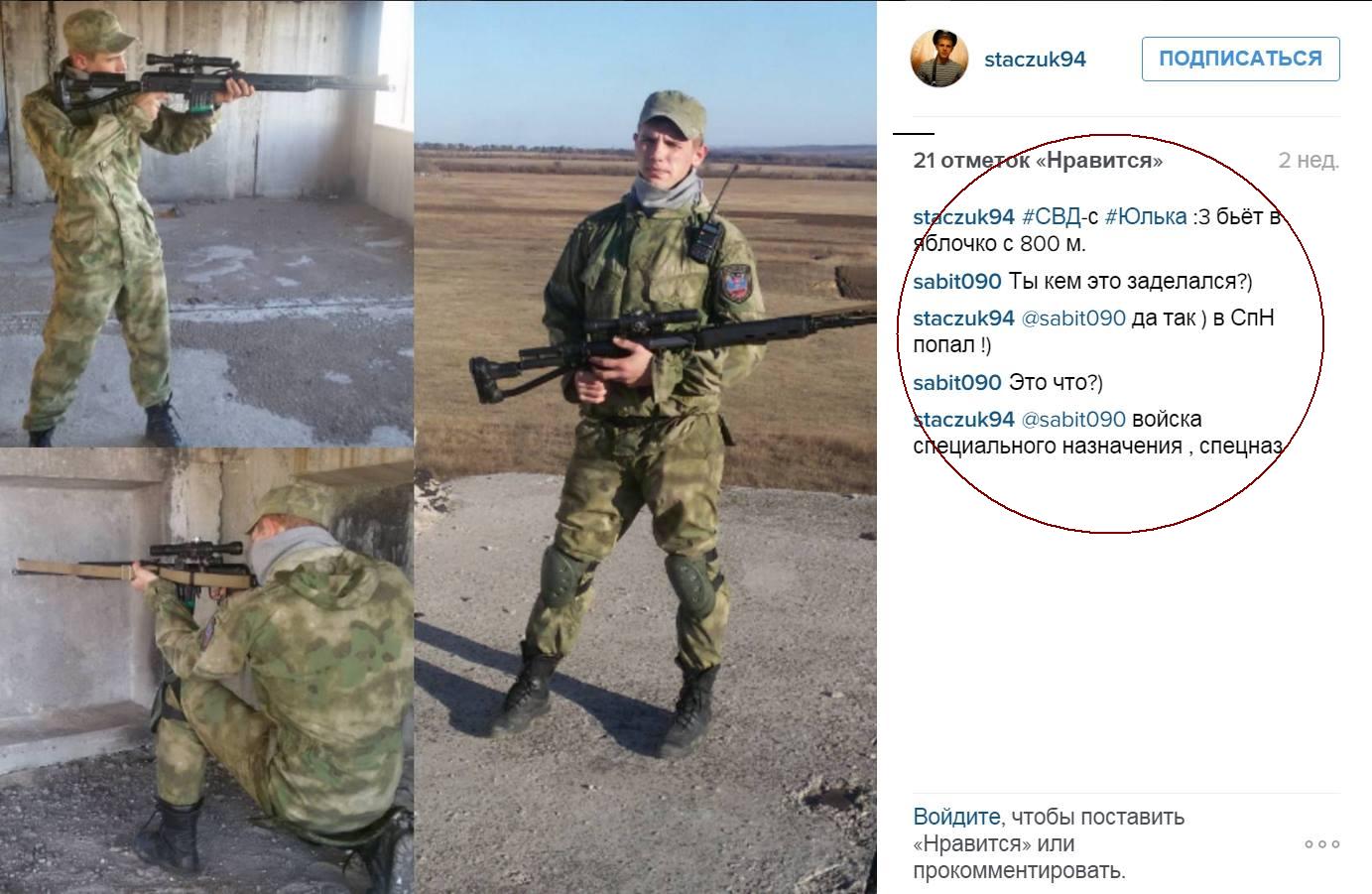 Further analysis resulted in identification of Zhenya Savisko (archive, photo archive, contacts archive), a friend of Statsuk who served with him. In his blog Savisko poses in an army uniform with the same arm badge as Statsuk in Mozdok. Moreover, there is a photo in his social account’s album showing a banner with the 346th separate special forces brigade‘s symbols, where both these soldiers serve now.

Note: the 346th brigade was created not so long time ago and there is no much information about it in the Net. Some details about this military unit were presented by InformNapalm in April, 2014. It should be taken into account that the unit is based in town of Prokhladny (Kabardino-Balkaria) – the same region where Statsuk comes from. Also this brigade has already been mentioned in our investigations of ‘Rostov-Ukraine assignments’. It has also been see near the borders of Ukraine. 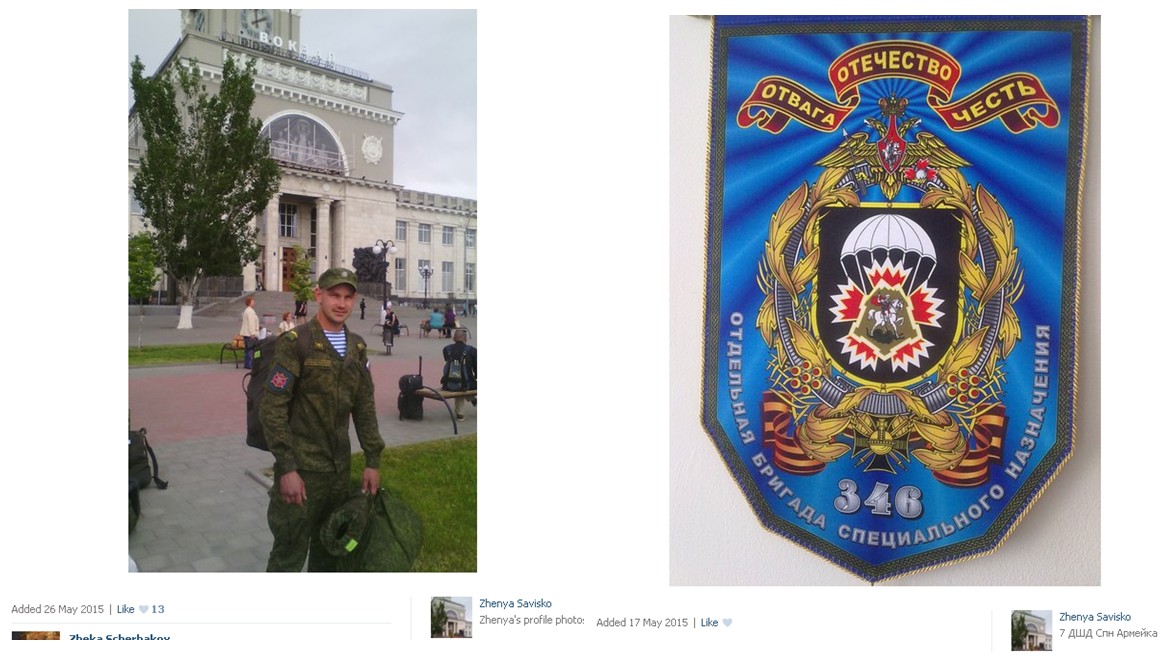 There are also other indirect evidence about Statsuk’s belonging to the military unit located in Kabardino-Balkaria. For example, the comments in the blog of some @soldier_boys07, one of the figurant’s friends, where the service in this region was mentioned.

Some other facts also confirm that the Russian serviceman Statsuk has participated in the war conflict in Ukraine. For example the same garages as in the photo from the Statsuk’s ‘Ukrainian trip’ were found on the page of Dmitry Gromakov (archive, photos archive, contacts archive), a separatist which fights in the so-called ‘Nikolaevsky special forces battalion’ in ‘DPR’ and is a common friend of Anatoly Ivanenko (archive, photos archive, contacts archive), another serviceman from the 346th brigade. The building itself is supposedly located in Starobesheve. Gromakov is Statsuk’s “friend’s friend” and poses with a borrowed SVD-S and AK with a night scope attached. 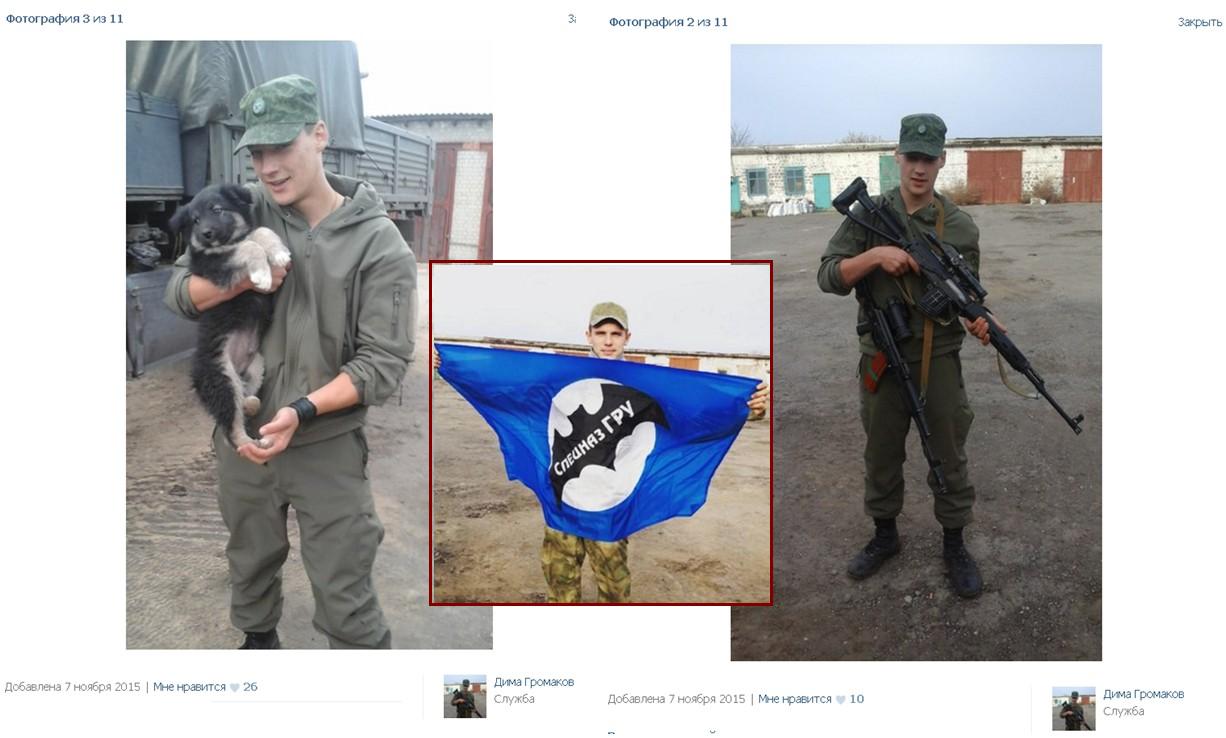 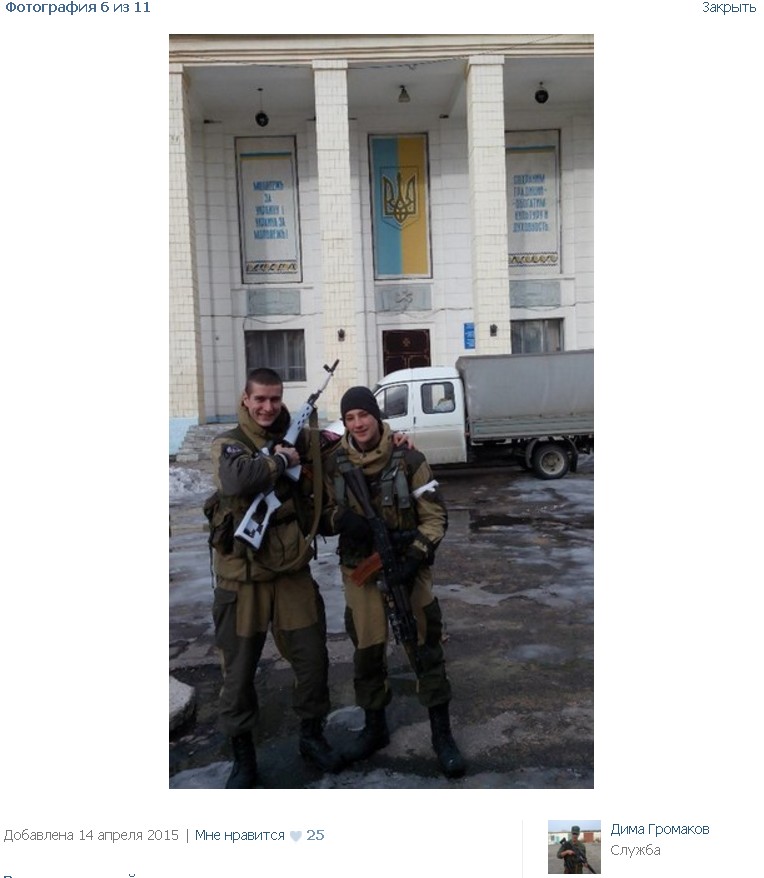 Thus, this article vividly demonstrates that the Kremlin continues to deploy its ‘hybrid’ servicemen to Ukraine. And when these special forces’ soldiers or other occupants are captured, the Russian media quote the words ‘Russian servicemen’ and ‘Spetsnaz soldiers’ and humbly add phrase ‘got lost’ or ‘allegedly fight’ in Ukraine.

Please refer to other our publications about the Russian 346th special forces brigade: