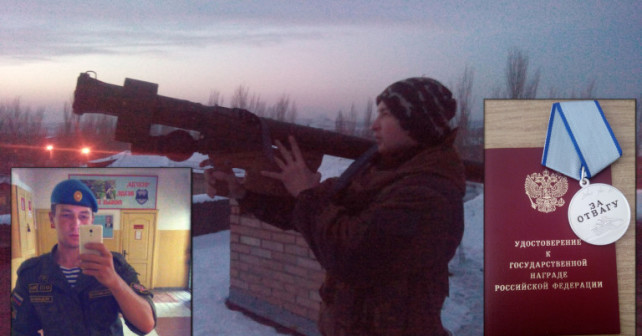 Volunteers of the InformNapalm community have documented that a serviceman of the 22nd special forces brigade of the Chief Intelligence Directorate of the General Staff  of the Russian Federation (military unit No. 11659, Stepnoi, Rostov Oblast, Russia) participated in combat actions in the territories of the occupied Donbas.

Andrei Chernov was born in Omsk and finished the Siberian Academy of Physical Culture. Nowadays he decided to replace his ‘black & white days’ of a peaceful sportsman with bright and memorable colors of war and blood by signing a contract with a special forces brigade of GRU. 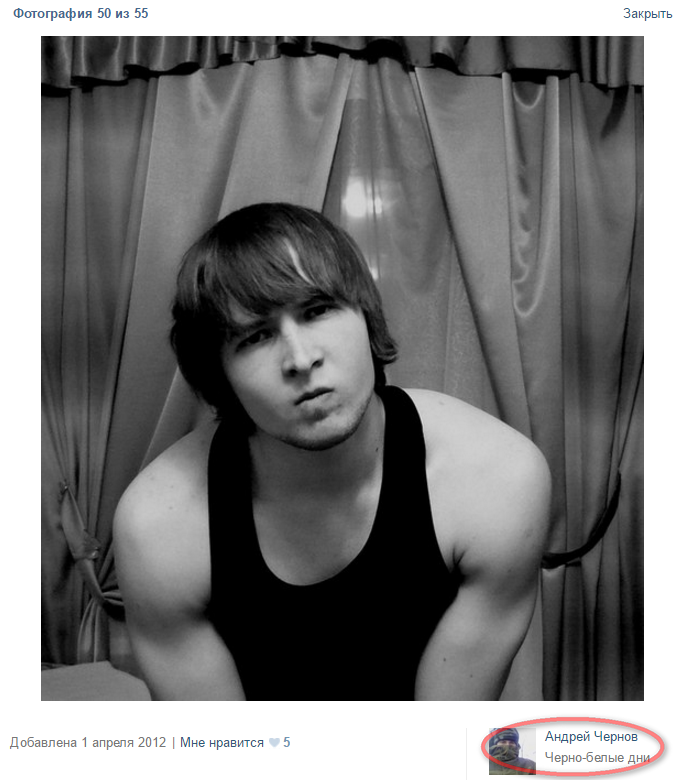 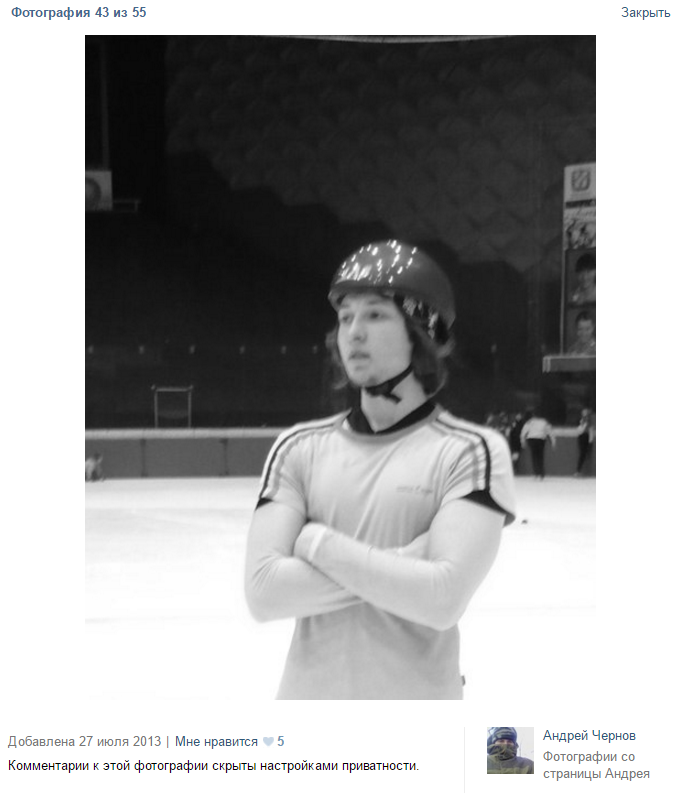 Russian Far East, May of 2013. Sergeevka village, not far from Vladivostok, Russia. 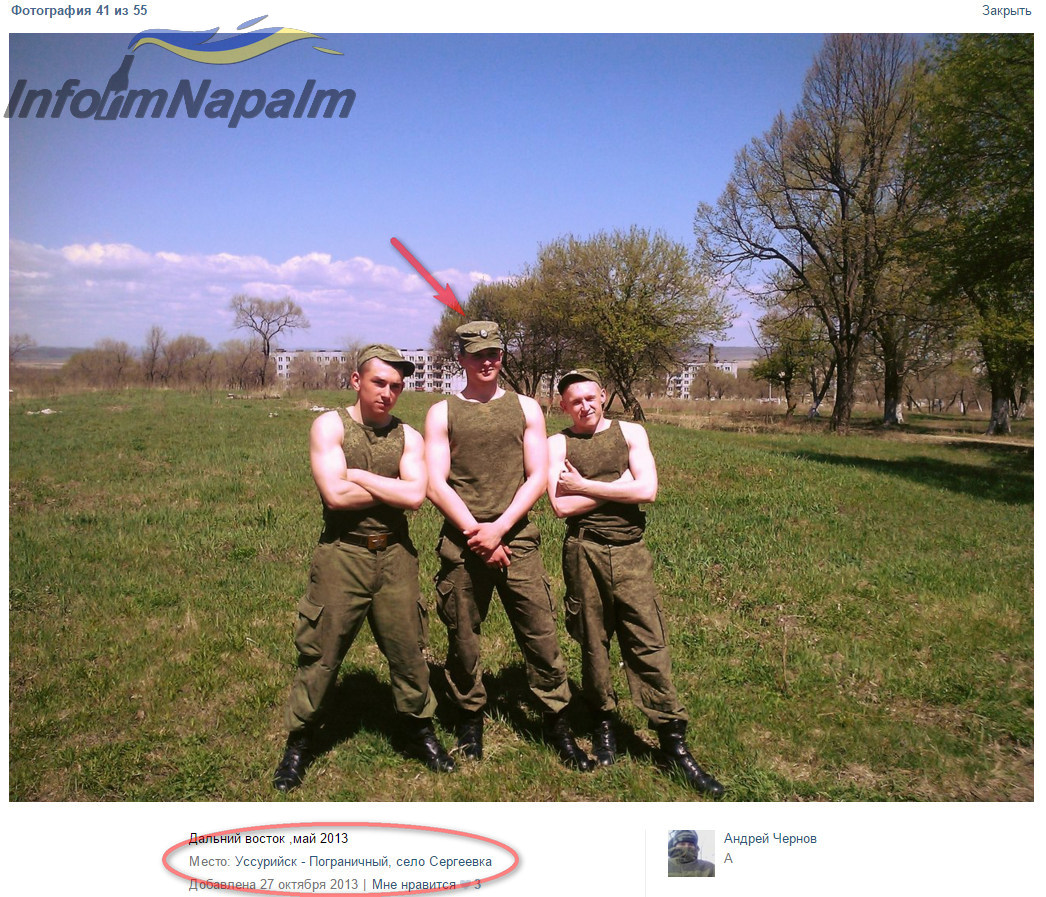 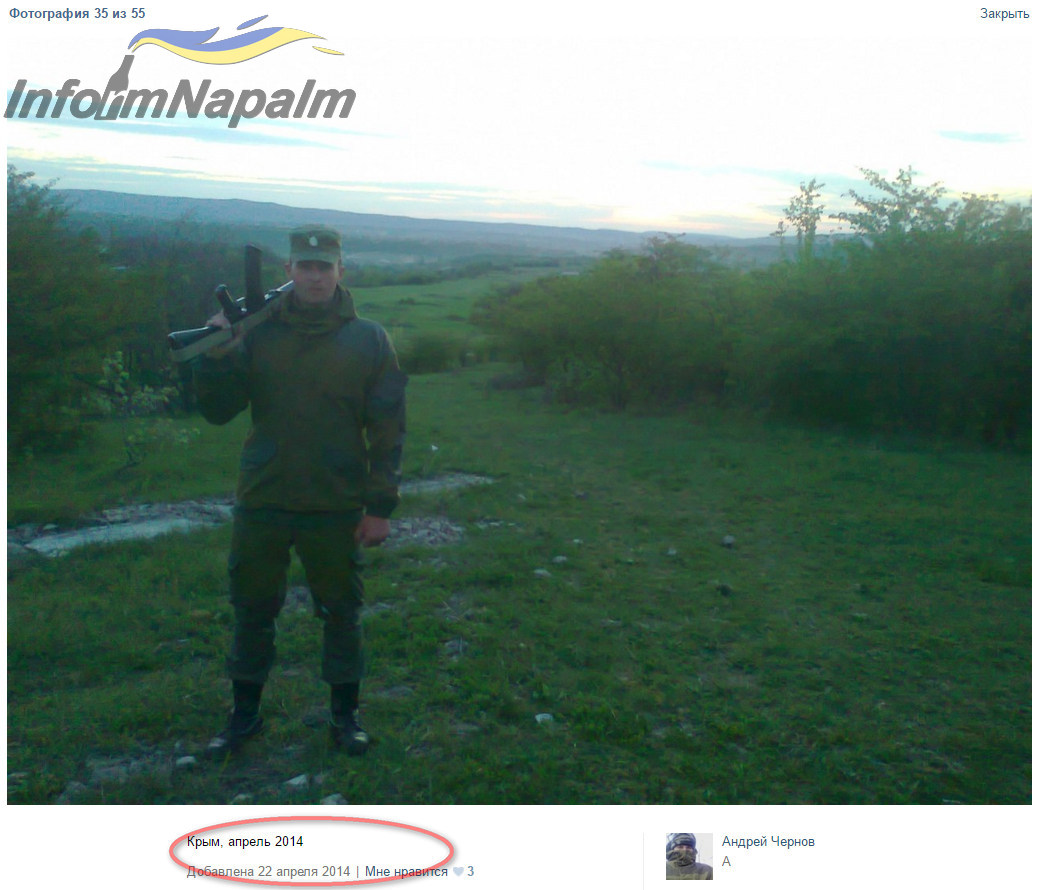 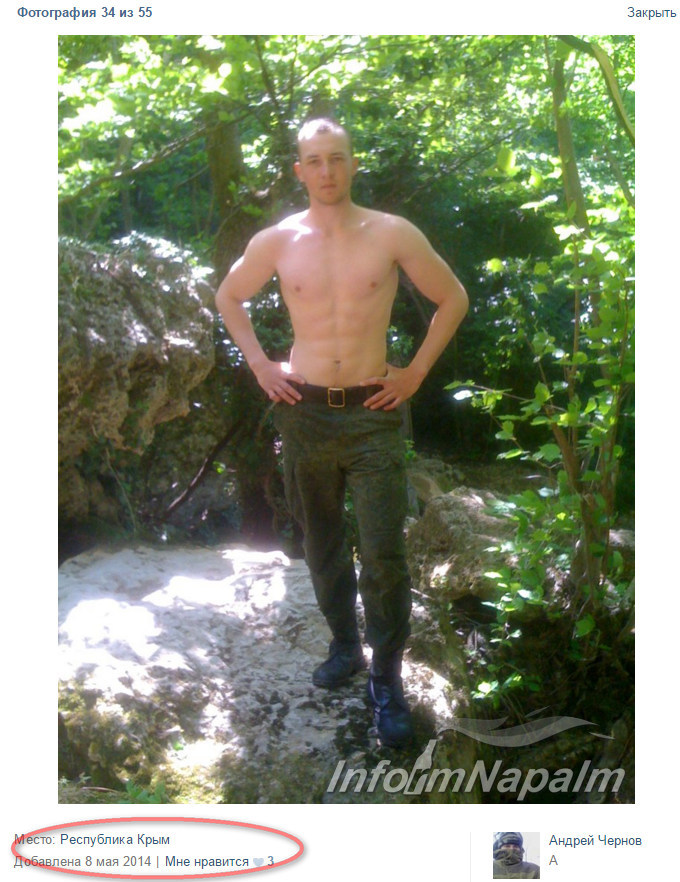 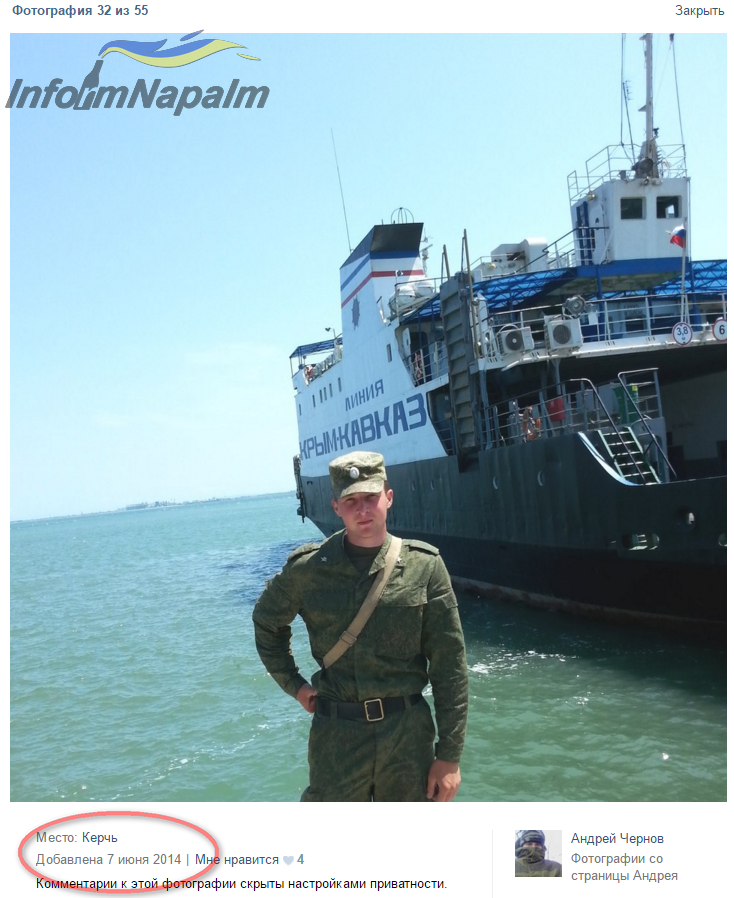 But without Ukraine Crimea began to fade, and each new visit to the occupied peninsula had less and less bright colors for the Russian serviceman, the colors were not the same and the ‘dose’ needed to be increased. The quest for a new ‘dose’ of the Ukrainian ‘vivid colors’ led Andrei to Rostov Oblast, to the Ukrainian-Russian border arms in hand, realizing that this time the Ukrainians would not be so easy to give ‘a piece of their Ukraine’ away. 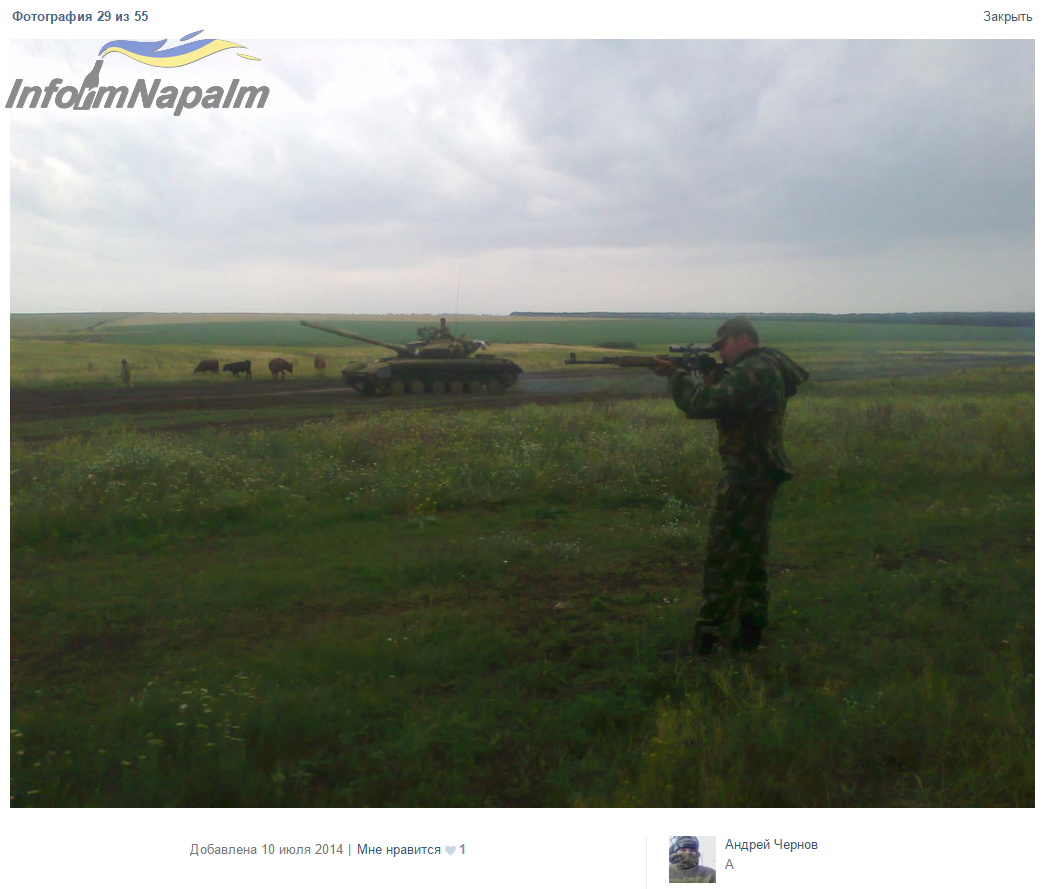 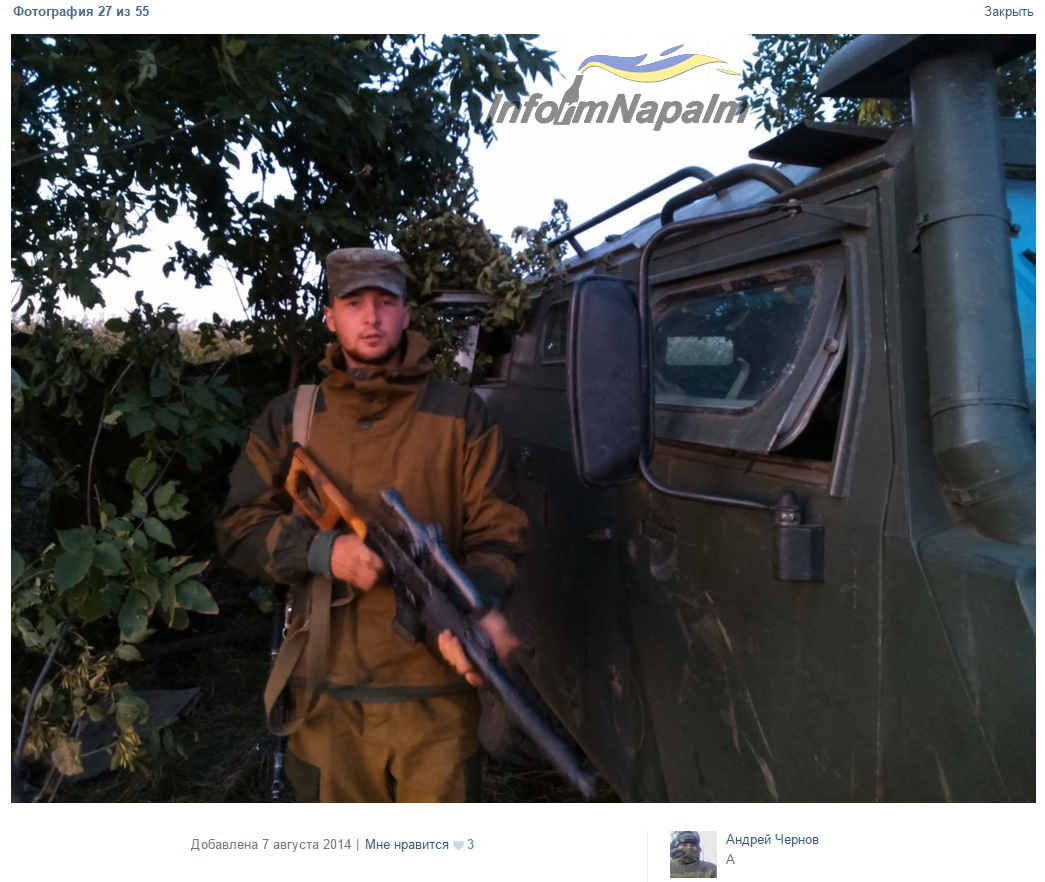 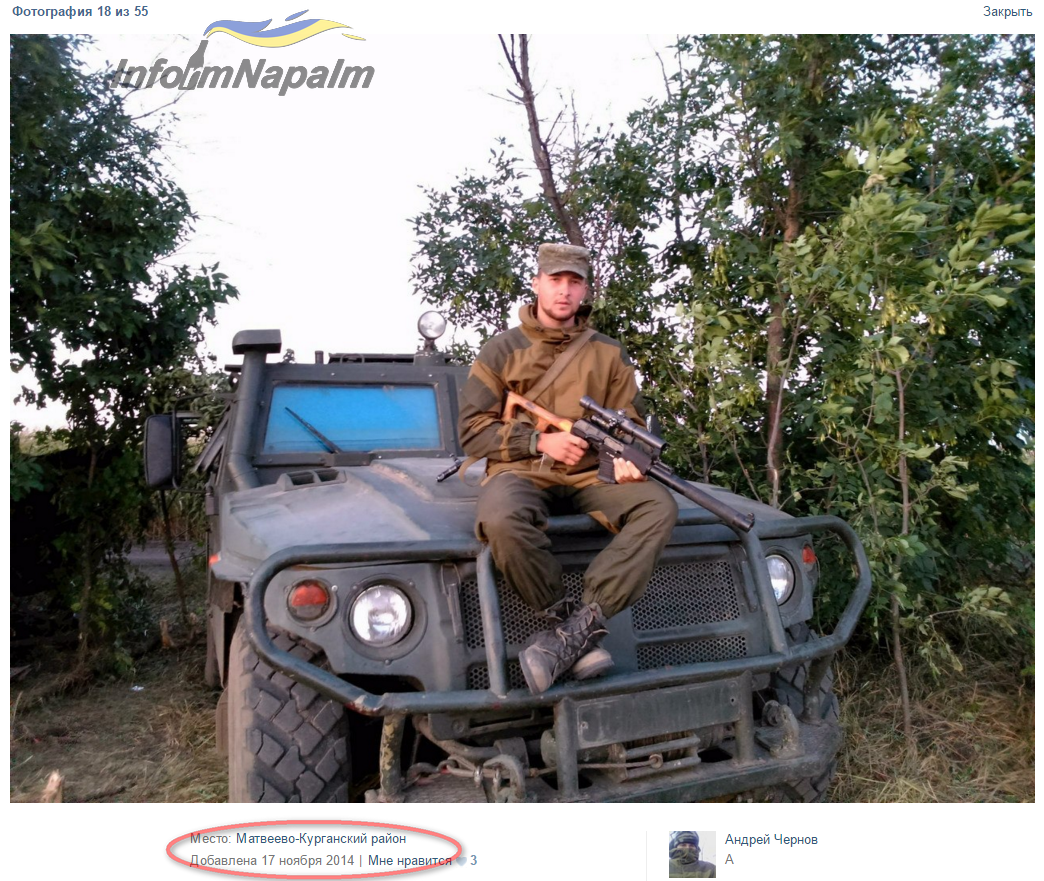 The invasion continued, cities of Donbas were occupied – this was a trait where the life of wicked Russian soldiers became the color of blood.

Horlivka city, Ukraine, January of 2015. A soldier of the 22nd special forces brigade with 9K38 ‘Igla’ homing surface-to-air missile system in his hands stands on the roof of the captured building of the Ukrainian MIA’s Organized Crime Investigation Division. As one of our volunteers stated during identification of the location: “Such photo with ‘Igla’ is possible only in Ukraine, so it has to be somewhere in the occupied Donbas. It is not Russia for sure.”. 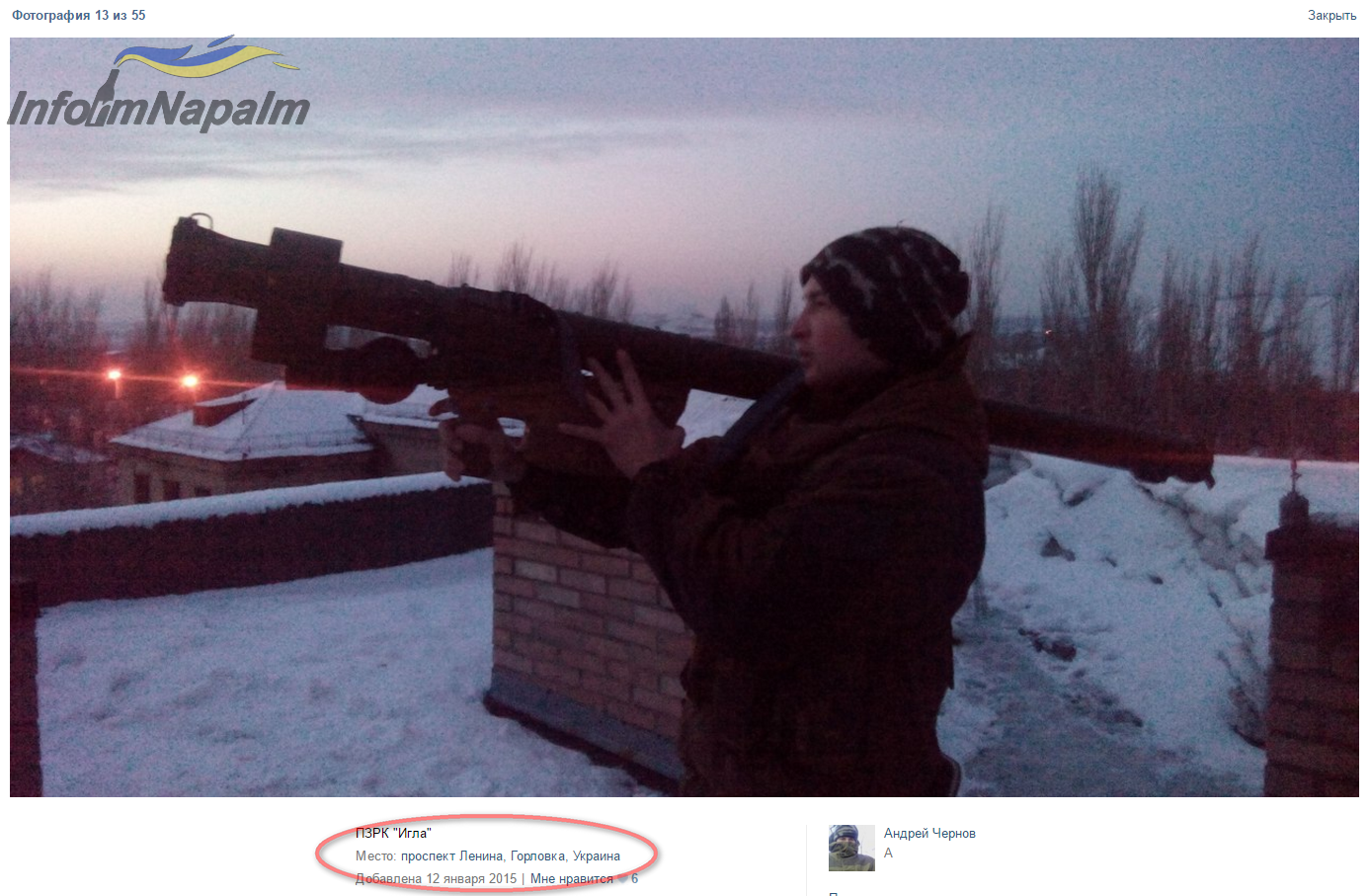 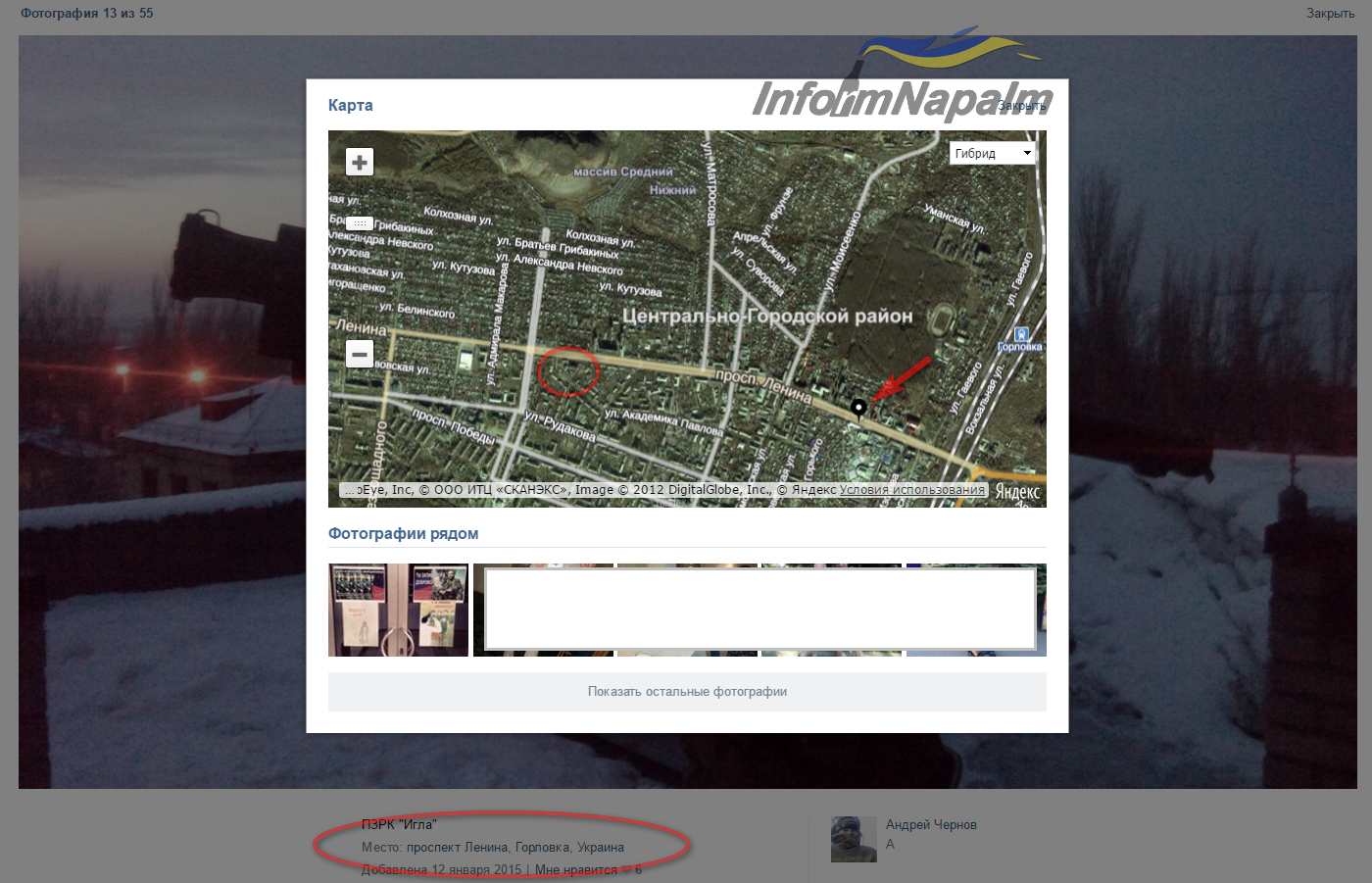 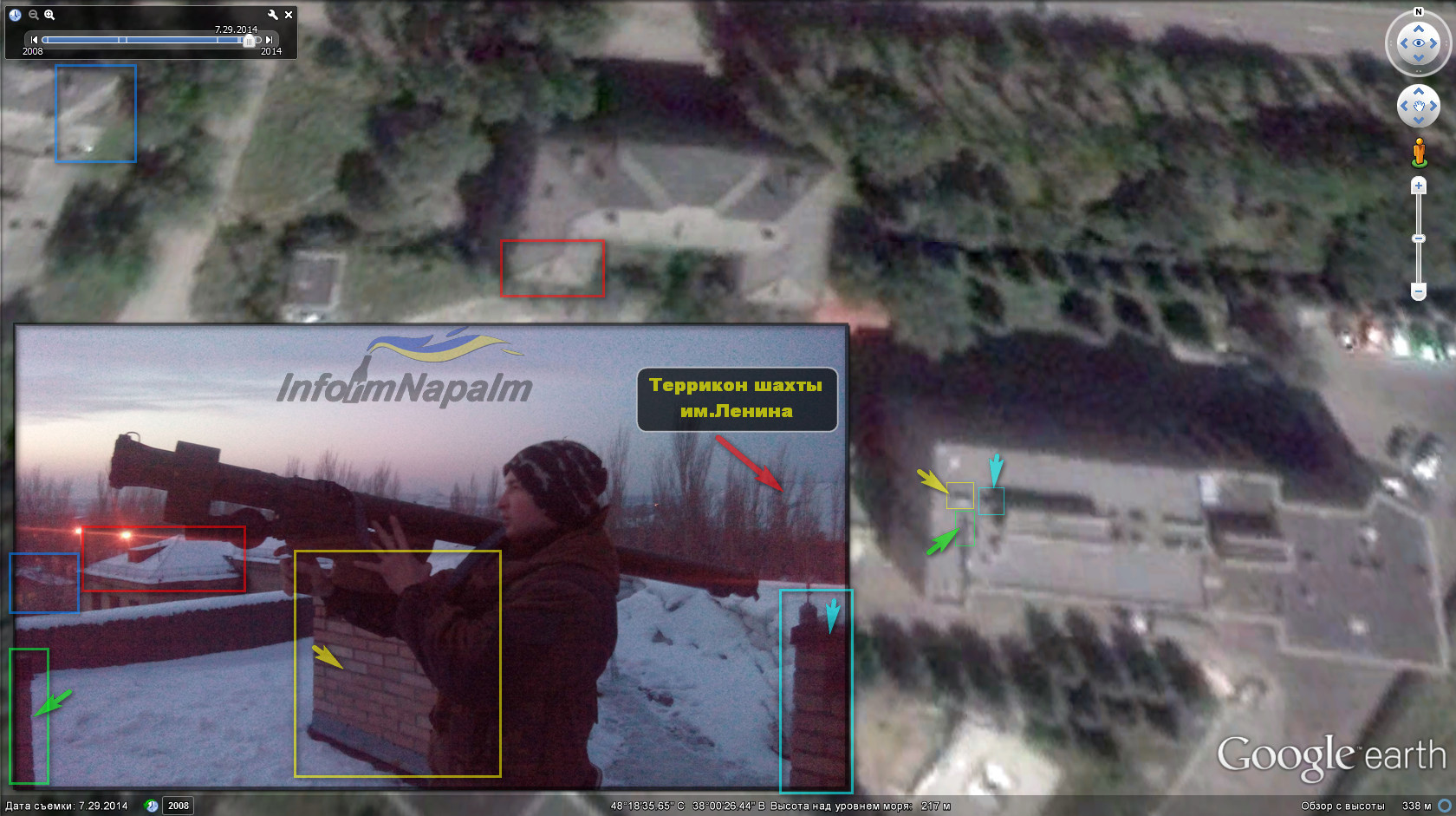 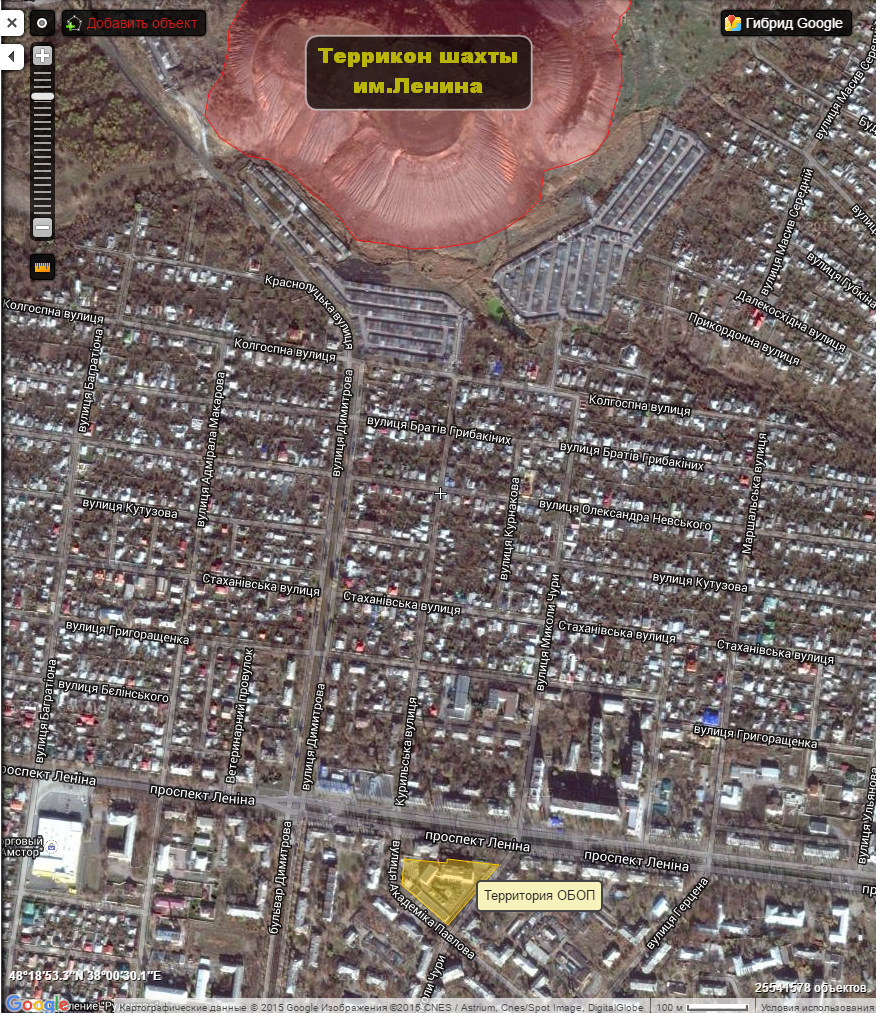 A picture of the military unit and an arm badge of the 22nd special forces brigade. 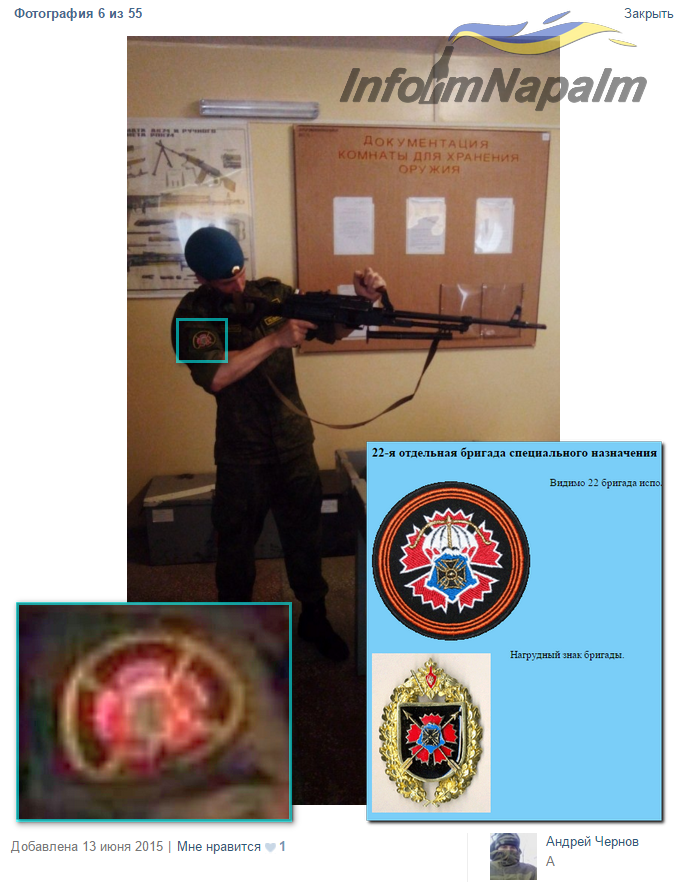 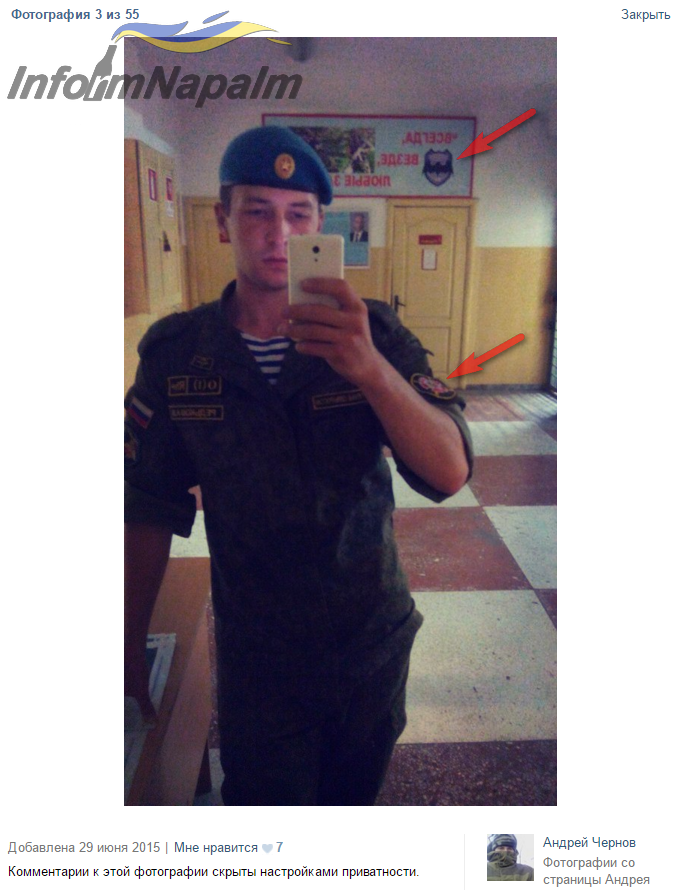 Like most Russian soldiers, Andrei Chernov boasted the medal ‘For Courage’, but there was not enough of bravery and courage to make photo of the medal certificate with his name to proudly boast these bloody merits in full.

According to the Russian Wikipedia: “medal For Courage” is a military award, which is awarded to military personnel, and employees of the Russian Federation’s Ministry of Internal Affairs, the State Fire Service, and other citizens for their personal courage and bravery shown:

We would like to clarify the exact reason for this particular medal given to Andrei Chernov. 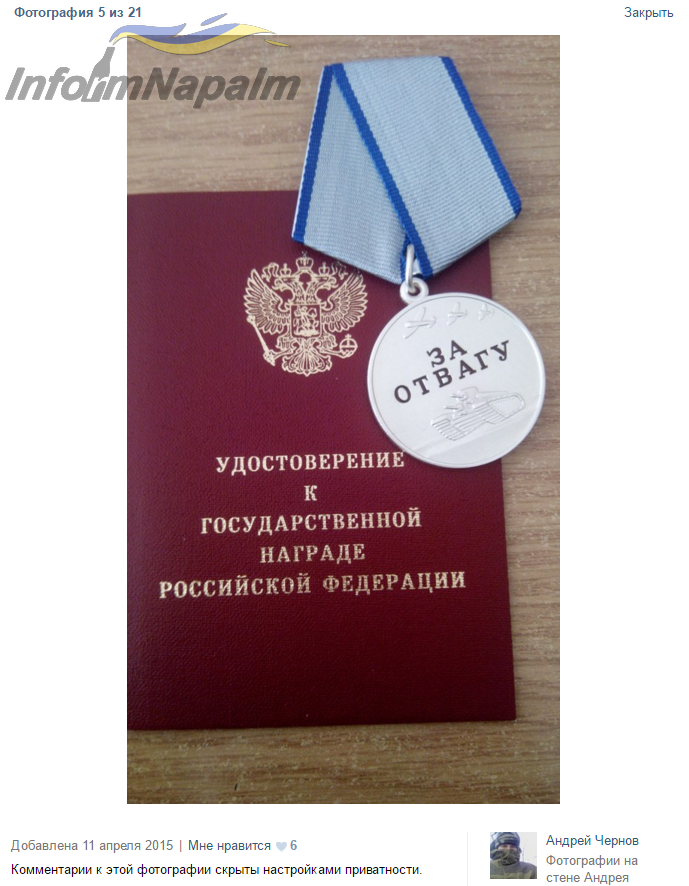 We do not know where scout Andrei Chernov is now, but the presence of various units of Russia’s GRU in Ukraine and their participation in hostilities in the occupied Donbas proves that they will never get off the needle called ‘War’ and their need for taste of blood will increase.